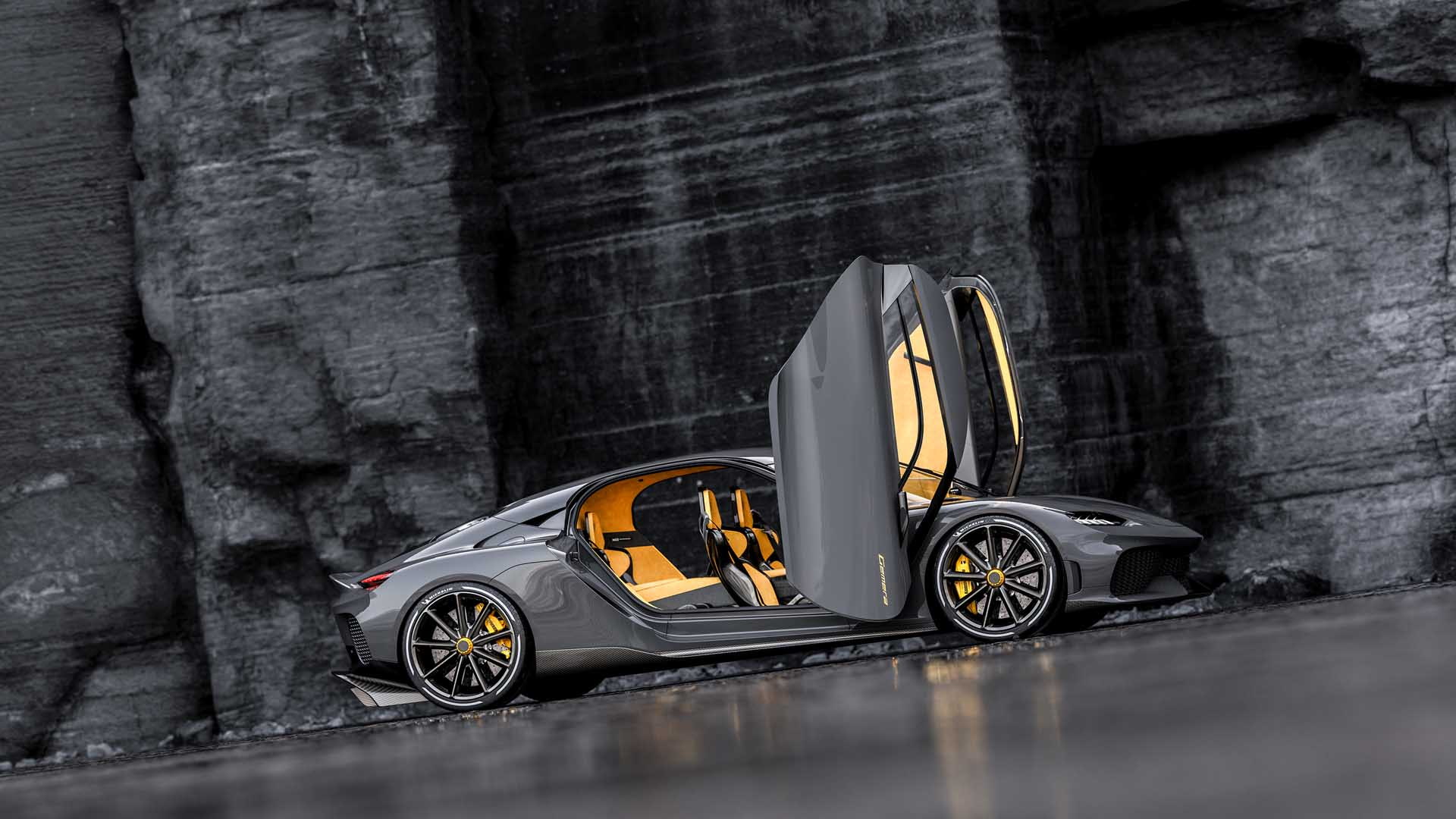 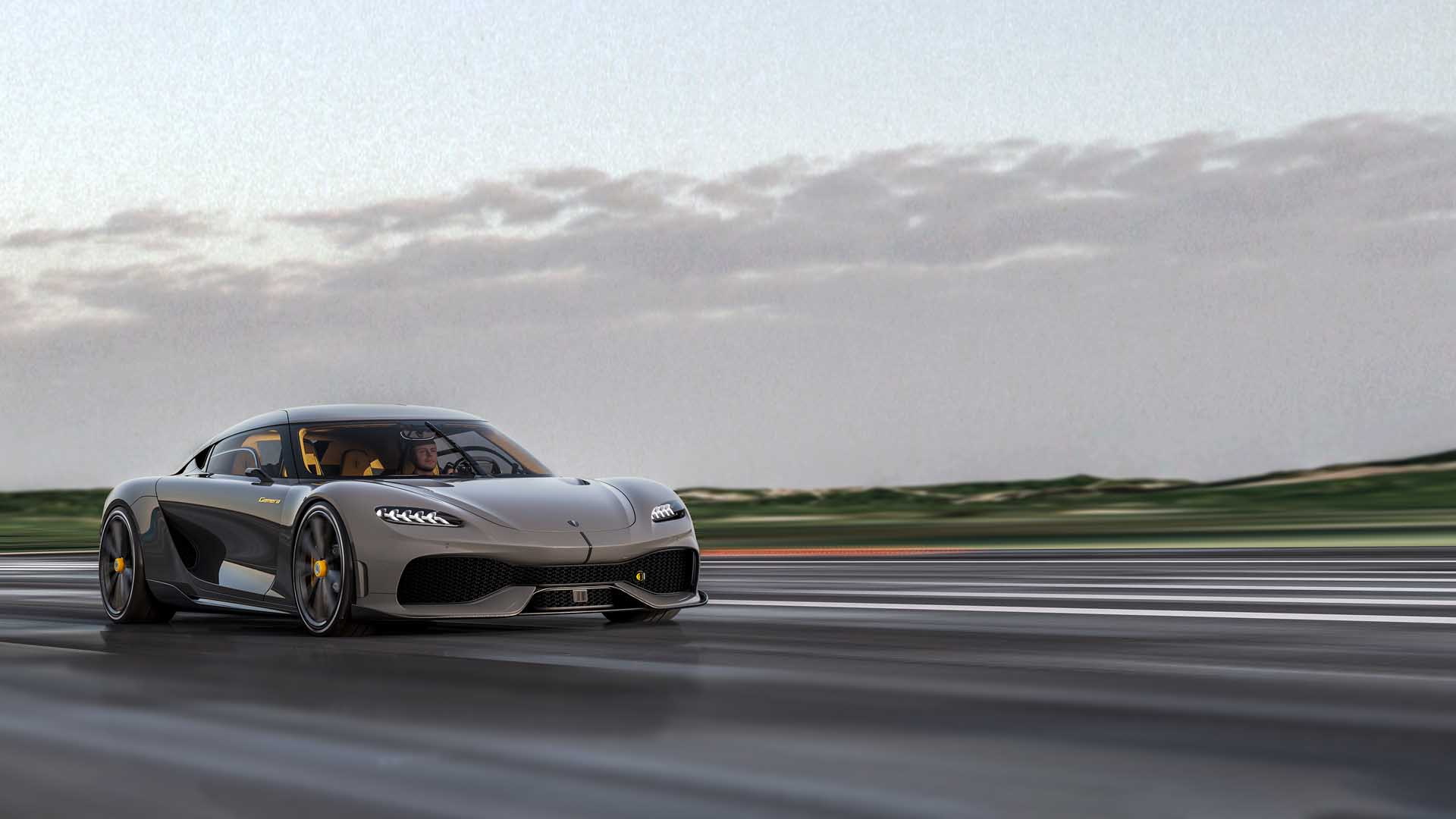 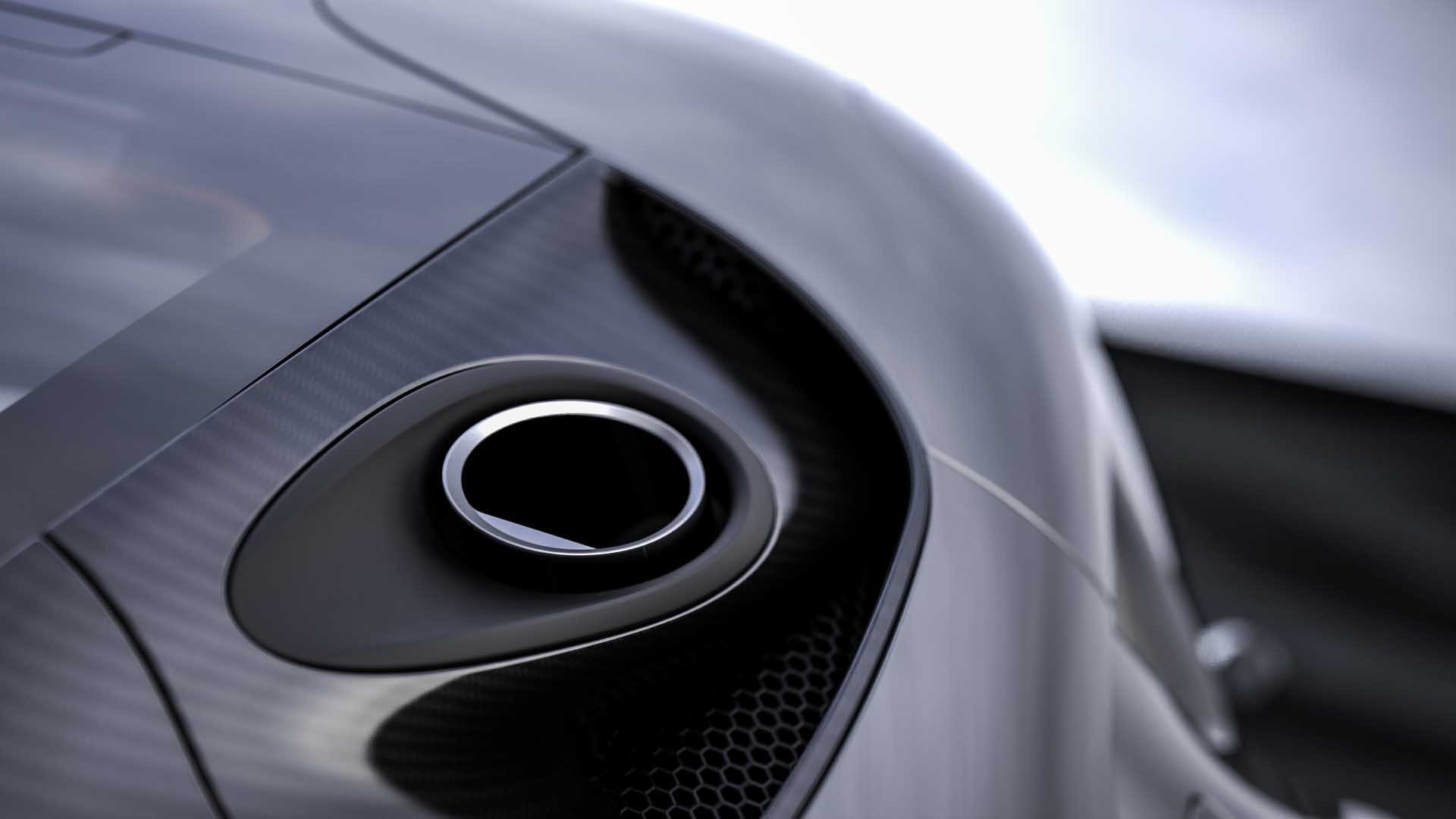 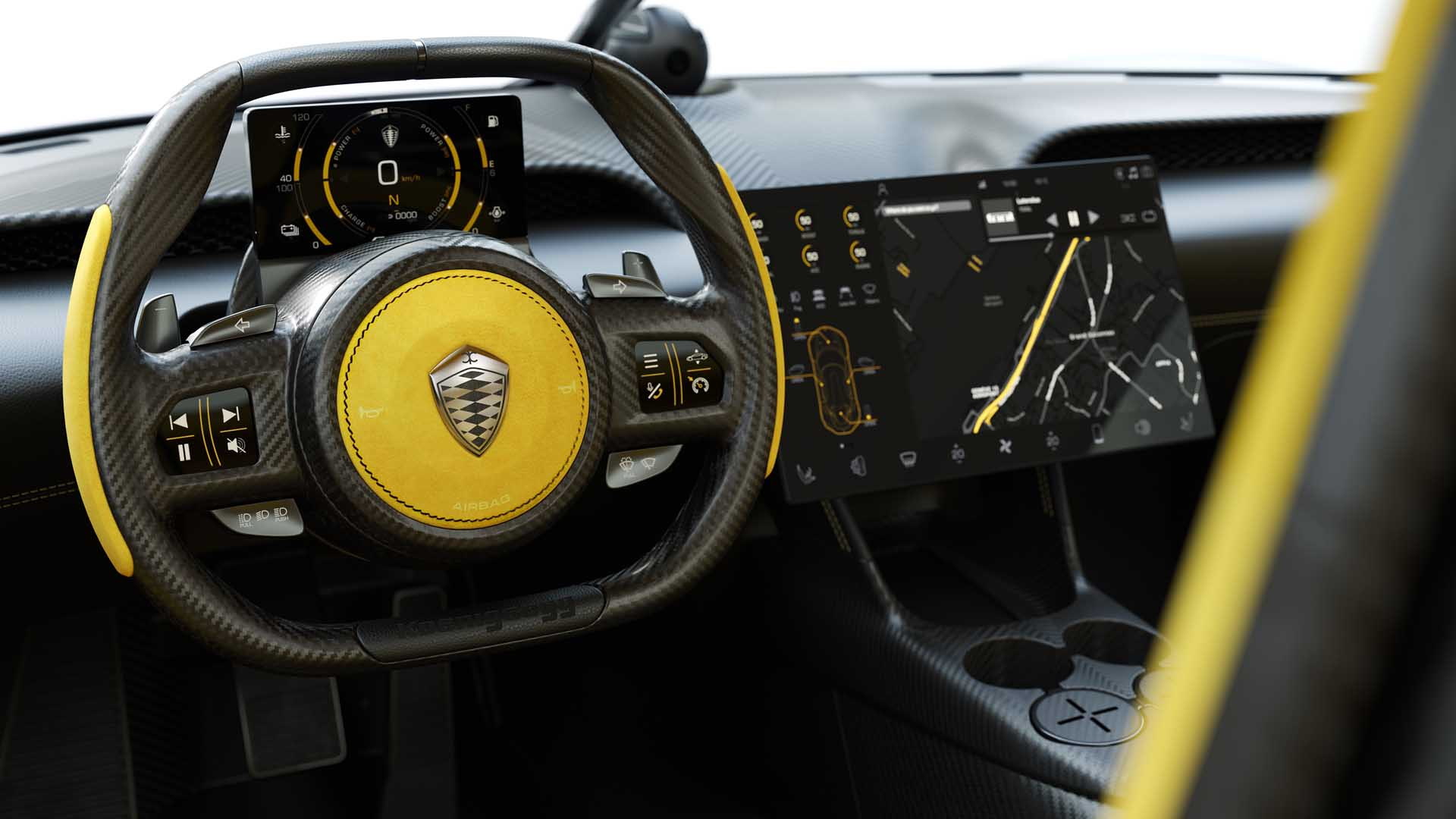 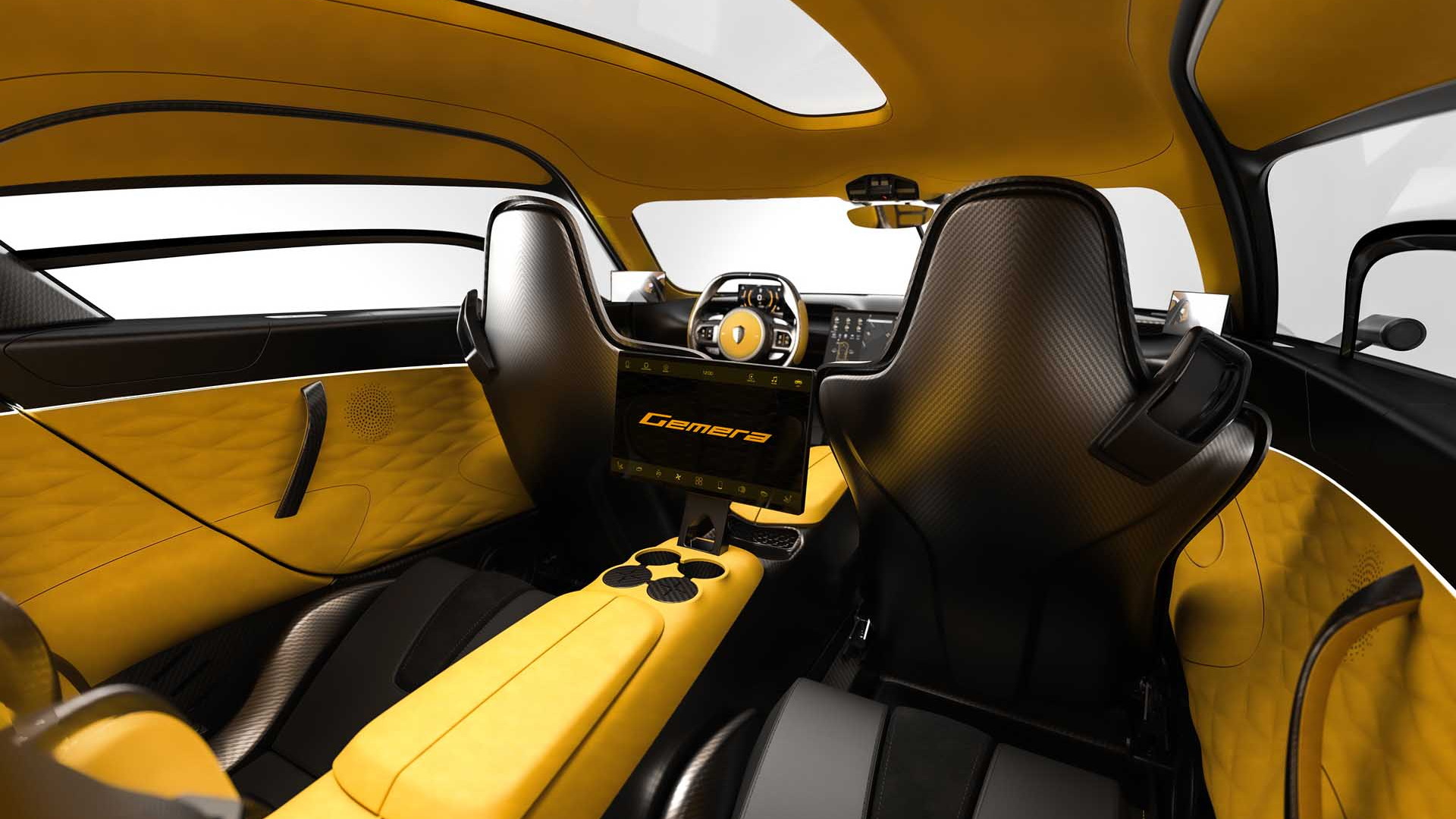 Koenigsegg is already the lunatic fringe of the hypercar stratosphere—look no further than the Jesko Absolut and Agera for proof of that.

The Koenigsegg Gemera that debuted Tuesday outside of the 2020 Geneva International Motor Show is even a step further into the beyond. The Gemera is the company's first four-seater, but it doesn't stop there. It's Koenigsegg's first all-wheel-drive powertrain, its first turbo-3 and hybrid battery powered car, and the first cam-less engine the company's produced.

It's practical, too. There are eight heated or cooled cupholders, two wireless phone chargers, Apple CarPlay compatibility, rear-seat entertainment (Eds note: If going faster than everything else on the road isn't entertaining enough?), and heck, there's even an available roof box. The cargo area offers more than 7 cubic feet of storage, which is more than an Audi R8.

Koenigsegg didn't say how much the Gemera would cost but said it would make 300 of the "Mega-GT" cars, which is still exclusive but also would be the most prolific Koenigsegg to date.

The details are drool-worthy. According to the automaker, the 2.0-liter turbo-3 makes 600 hp and 442 pound-feet of torque on its own thanks to a cam-less design and is planted midships, behind the rear seats. The internal combustion engine is designed to run on flex fuel or pure alcohol (normal pump gas if you must), and powers the front axle only with one of the Gemera's three electric motors.

According to Koenigsegg, the engine's cam-less design gives the car greater control over each combustion cycle and independently determines the intake and exhaust cycles for best performance or efficiency. The engine weighs only 154 pounds, but the supercar company says the valve-free mighty mite bellows a beatific sound.

Two 500-hp electric motors power each of the rear wheels and give the Gemera, among other things, true torque vectoring at the rear. The rear wheels are sticky and wide 22-inch, 317-mm Michelin Pilot Sport 4S (or optionally Michelin Cup R3) tires that are tasked with driving four-seater toward the horizon at an alarming rate. Koenigsegg says the Gemera can hit almost 190 mph on electric power alone, and the 800-volt 16.6-kwh battery can feed the electric motors enough for about 30 miles of all-electric driving.

The rest? It's there. The Gemera's four seats are easily accessible thanks to Koenigsegg's "synchrohelix" doors that open the full interior without a B-pillar. The carbon fiber seats weigh only 35 pounds or so, the 11-speaker audio system includes a subwoofer, and the in-car wi-fi connectivity turns the Gemera into the most elaborate and expensive hotspot in history.

The Gemera also features a suite of driver-assistance features that can brake, steer, or speed up the Gemera when the driver is too tired to drive. If that's the case, we'd be happy to take over instead.