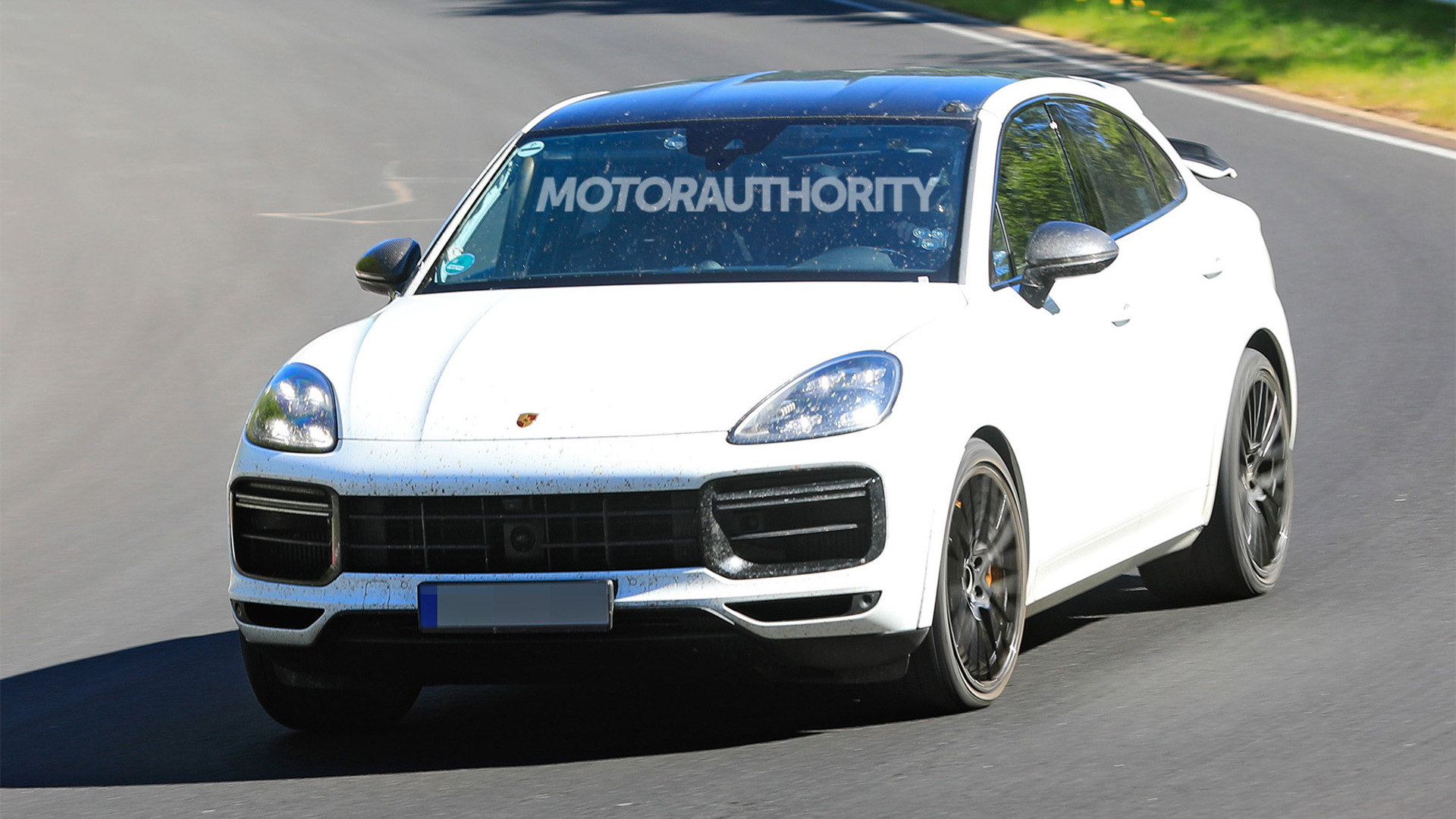 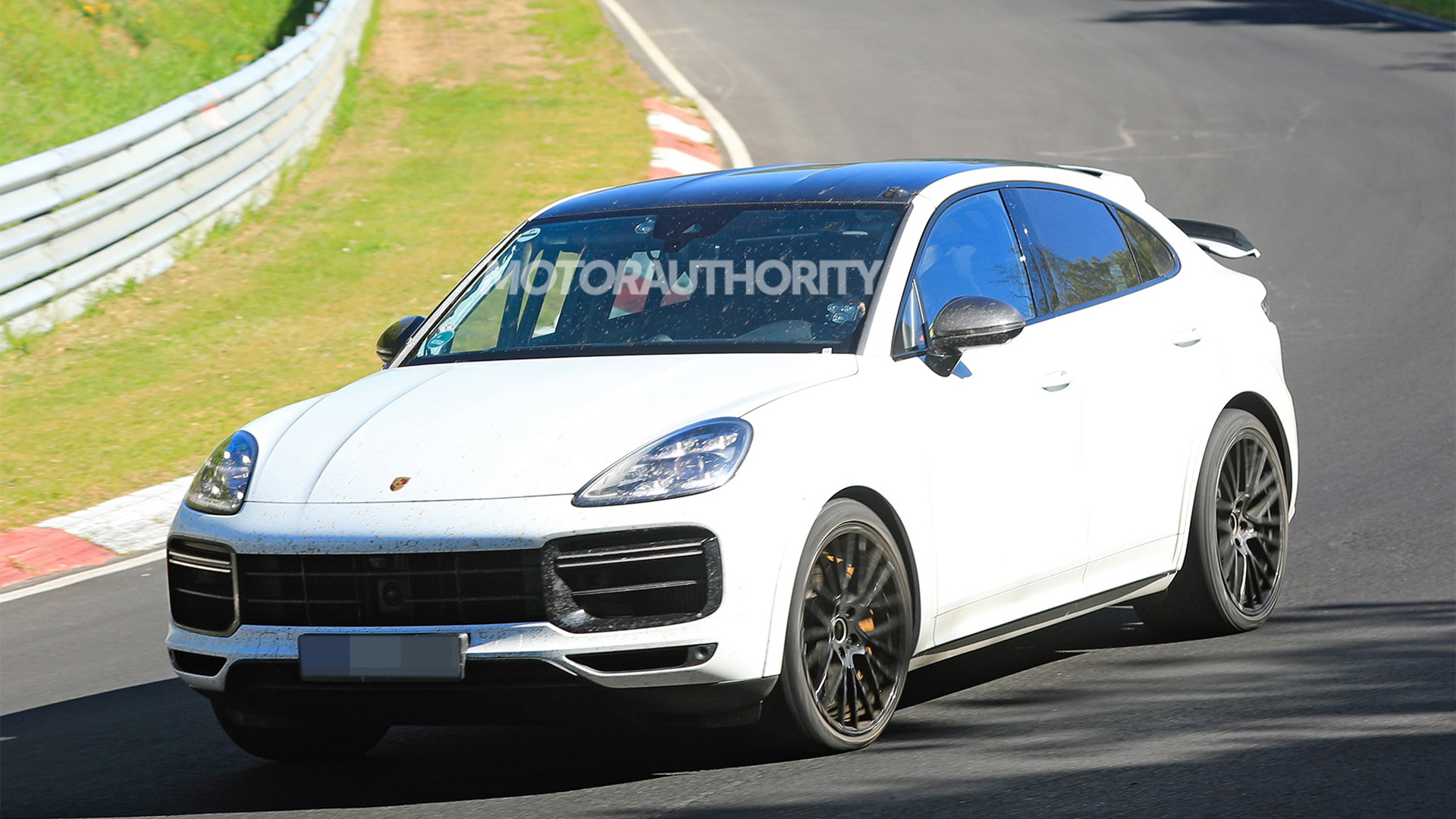 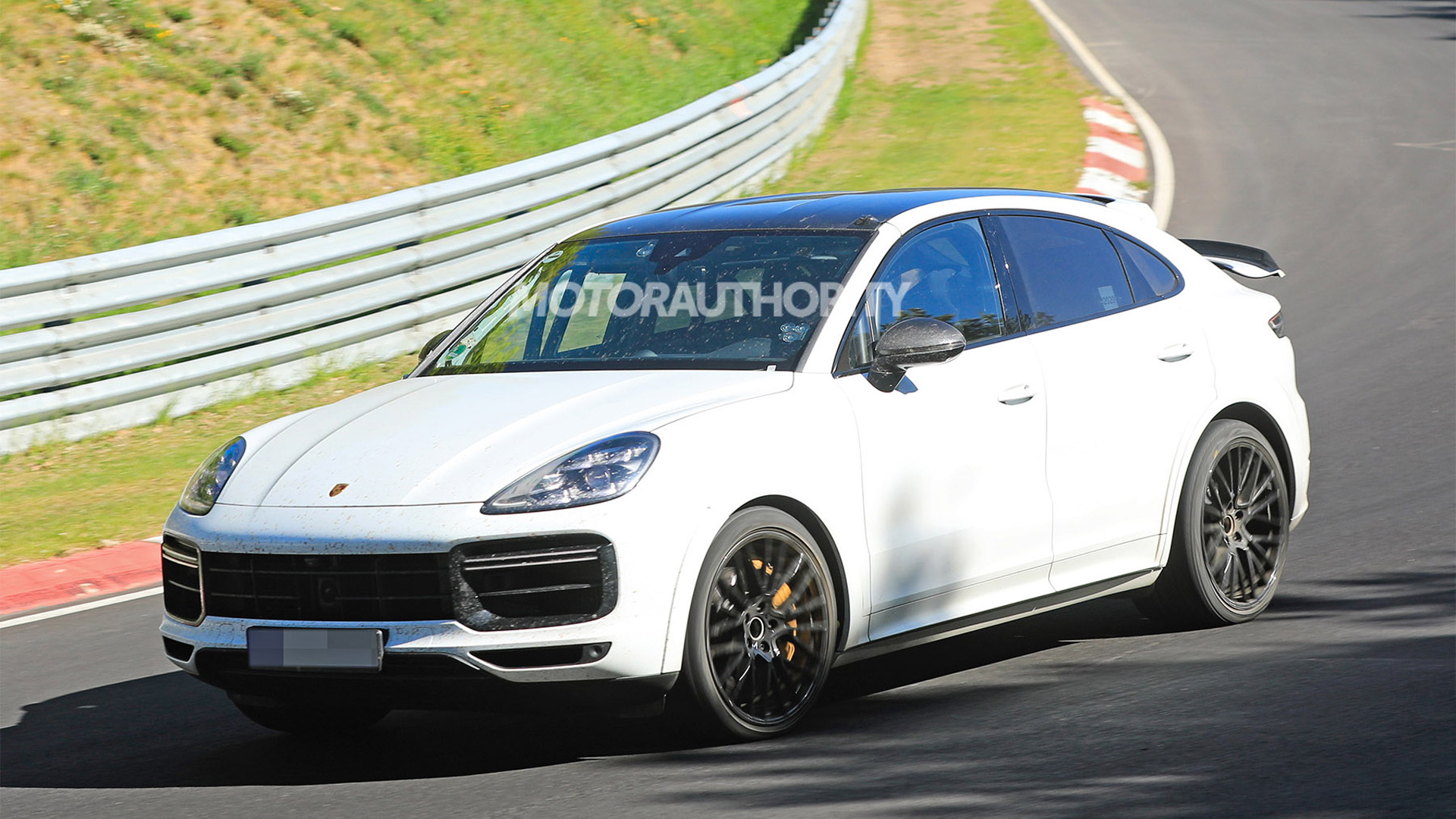 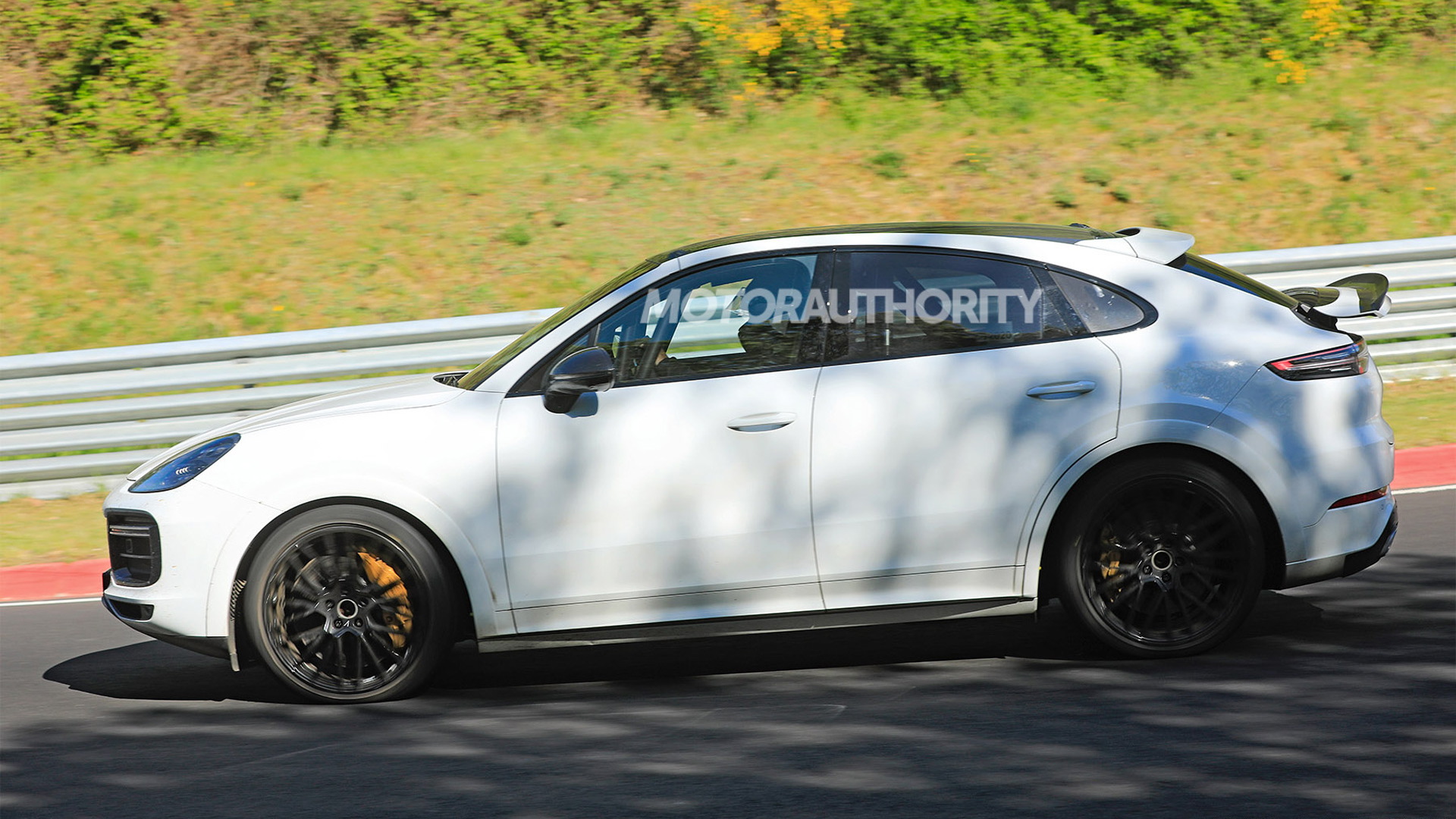 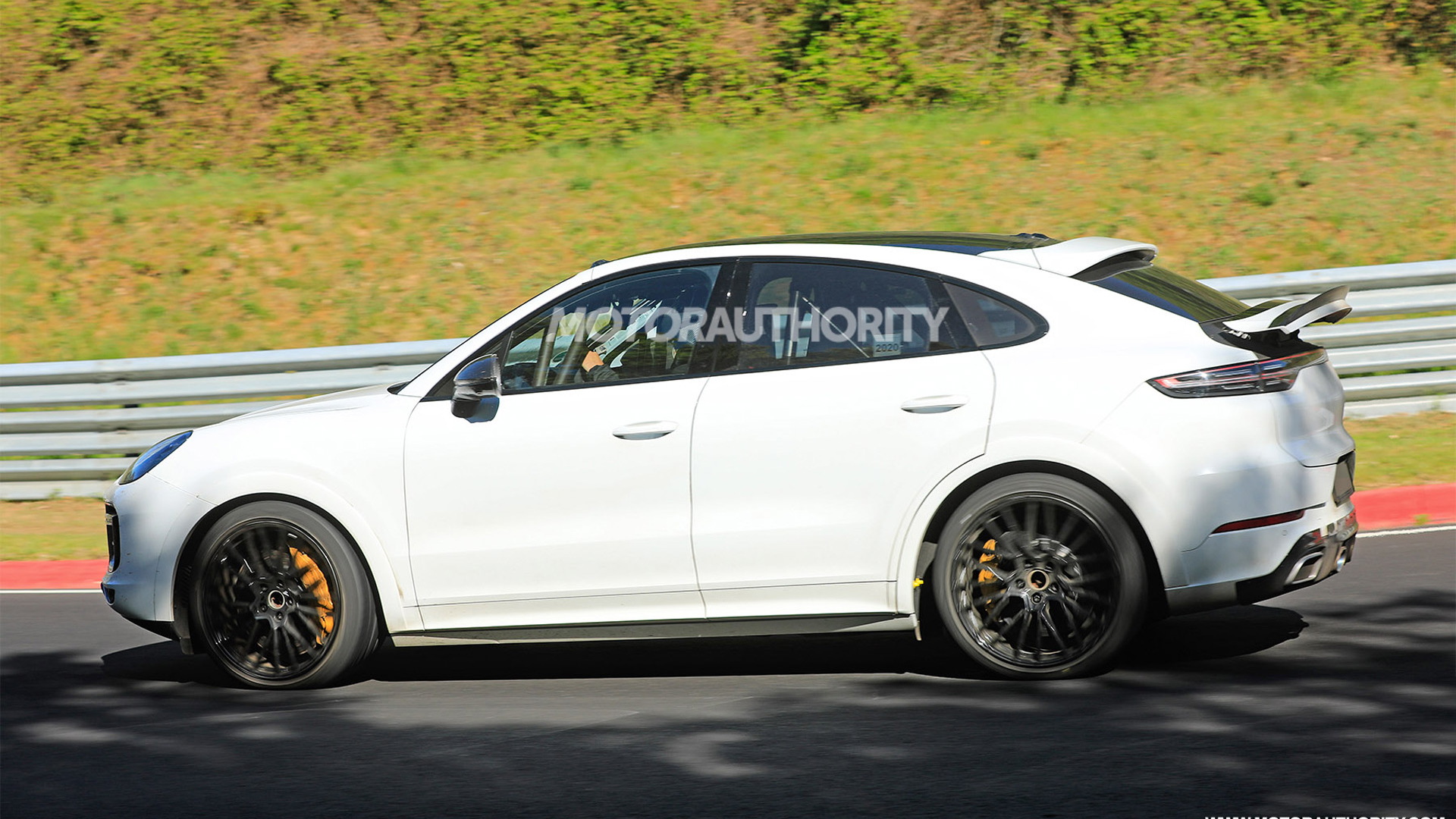 Porsche engineers have been spotted testing a new variant of the Cayenne Coupe.

The Cayenne Coupe, as the name suggests, is a coupe-like version of the Cayenne designed to tackle high-end versions of the BMW X6 and Mercedes-Benz GLE Coupe. It was introduced for 2020 and is currently available in base, S and Turbo variants.

This new variant is expected to be a Cayenne GTS Coupe slotting between the S and Turbo. It's being developed alongside a regular Cayenne GTS and should arrive next year as a 2022 model.

Porsche's GTS models are aimed at buyers seeking something sportier than an S but aren’t quite ready to hop into something as hardcore as a Turbo. Previous generations of the Cayenne have offered GTS variants but we're yet to see it with the current third-generation model.

Clearly visible on the prototype in our spy shots are new exhaust tips positioned close to the center of the rear fascia, which the engineers have attempted to hide by attaching dummy units in the area where the Cayenne Coupe's exhaust tips normally reside. This is a common design theme seen on GTS variants of Porsche's 718 and 911 sports cars.

The prototype also sports enlarged brake rotors, a similar front fascia to the one used on the Cayenne Turbo Coupe, and a large active rear wing.

It isn't clear what powertrain is fitted to the tester. A likely bet is an uprated version of the 2.9-liter turbocharged V-6 fitted to the Cayenne S Coupe. There it delivers 434 horsepower but this GTS variant should have about 470 hp to help bridge the gap with the 541-hp Turbo.

Interestingly, there are rumors of Porsche developing a more hardcore Cayenne Coupe along the lines of the 718 Cayman GT4 and 911 GT3. It could be badged a GT5, something Porsche has trademarked. While such a variant isn't a given, we can almost certainly count on a variant with the 670-hp powertrain from the Cayenne Turbo S E-Hybrid arriving at some point.