The 90th running of the Geneva International Motor Show gets underway on March 3 and organizers have confirmed over 90 world or European premieres. More than 150 exhibitors will be present, too, including all your favorite performance and luxury marques plus a number of newcomers.

Approximately 700,000 visitors are expected to cross the floors of the various halls that make up Geneva’s Palexpo convention center. The Motor Authority team will also be covering the show to bring you the latest information and live photos.

Scroll below to find our hand-picked list of cars that we know are coming, as well as what we know about them so far. And to stay on top of it all, the latest information can be found at our dedicated hub or on our Facebook and Twitter pages. 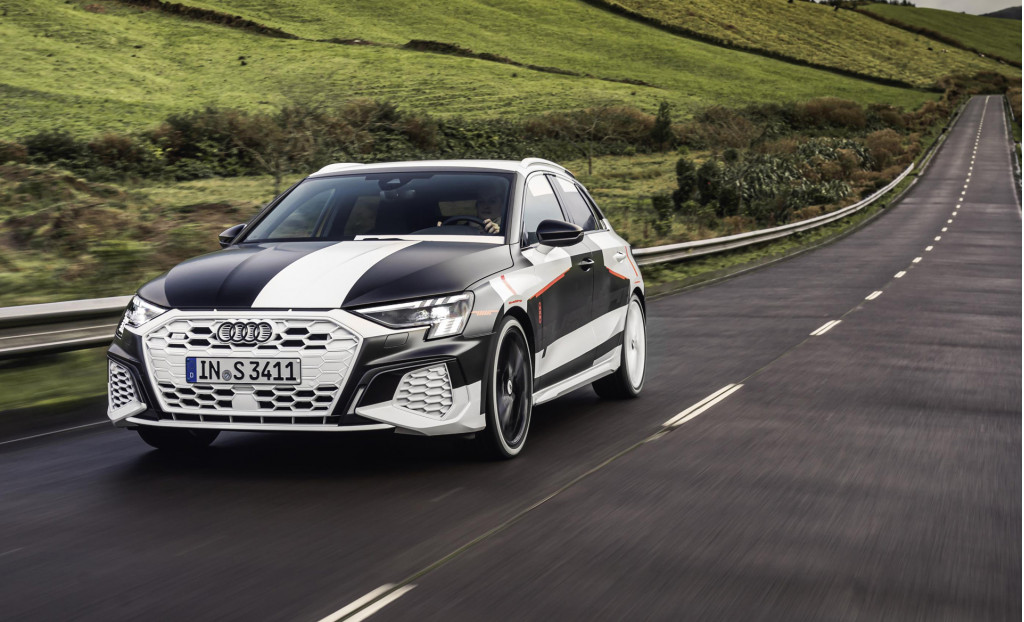 2021 Audi A3: A more high-tech, more dynamic Audi A3 is coming for the 2021 model year and we'll see it for the first time in Geneva. The version to be shown will be the Sportback but the debut of the sedan is likely not far off. The new A3 is more of a heavy update of the current model than a true redesign but there will still be plenty of new tech, including new systems for the all-wheel drive, suspension damping, and speed-sensitive steering. 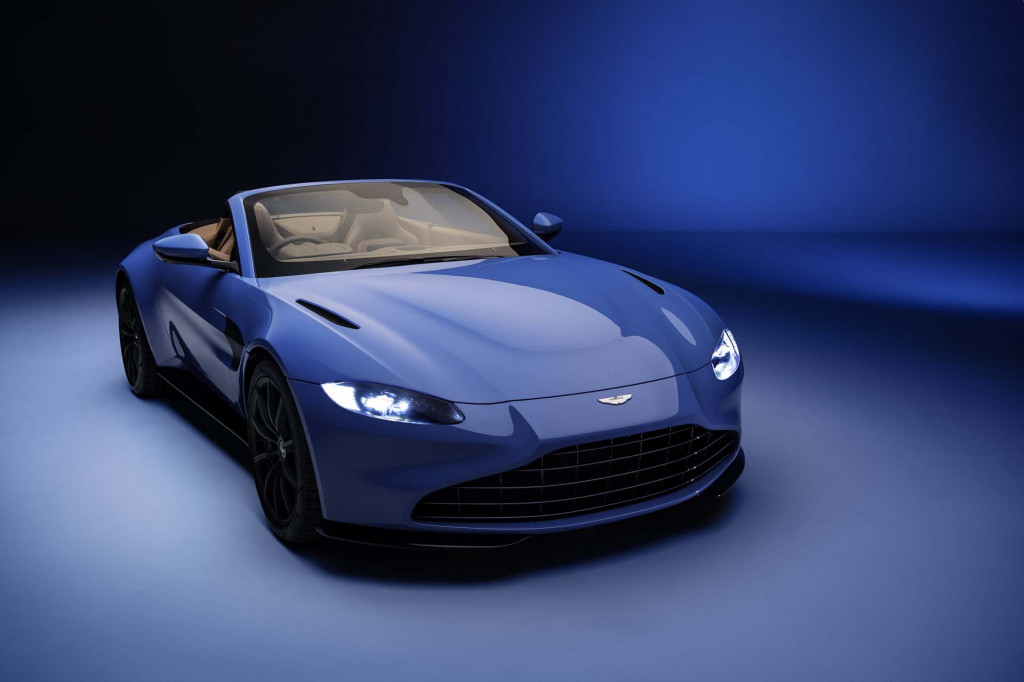 2021 Aston Martin Vantage: Aston Martin will have an updated Vantage on display. Key among the updates is the new Vantage Roadster body style which looks particularly fetching with the new, more traditional front fascia design that's also being made available for the latest model year. Peak output remains unchanged at 503 horsepower and right now only the coupe is available with a manual transmission, with the Vantage Roadster coming standard with an 8-speed automatic. 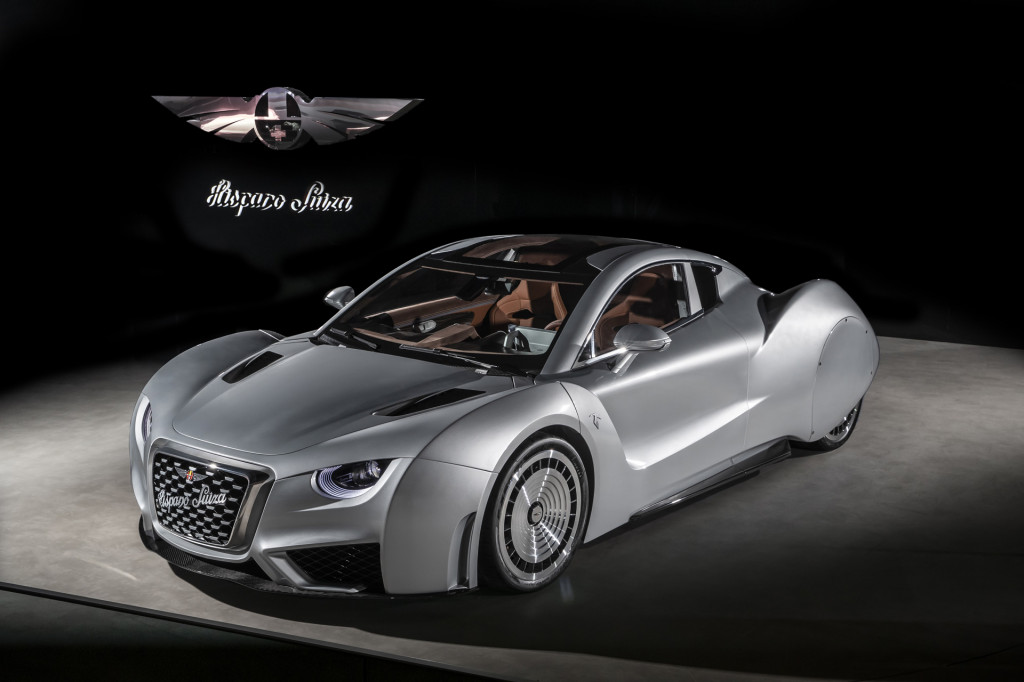 Hispano-Suiza Carmen Boulogne: Spain's Hispano-Suiza will show us a new performance variant of its 1,000-plus-hp Carmen electric grand tourer. The Boulogne was developed by Hispano-Suiza's Tailormade personalization department and is said to reference Hispano-Suiza’s racing vehicles from the 1920s, while still retaining the grand touring qualities, including luxury, of the Carmen. 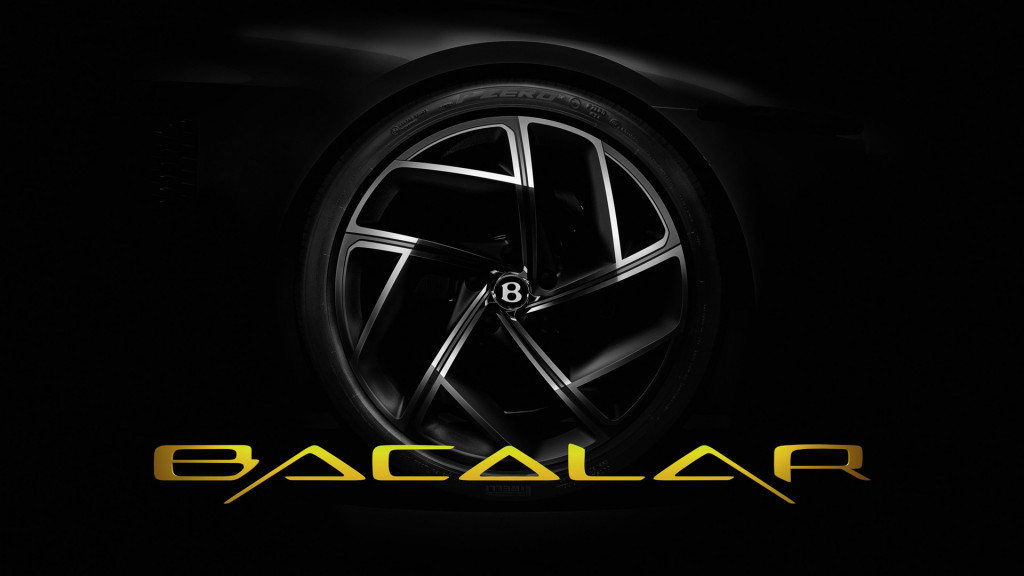 Bentley Bacalar: Bentley is bringing a new coach-built car called the Bacalar to Geneva. The name comes from the Bacalar Lagoon in Mexico, known for its bright blue water, and the car is thought to be an expressive speedster featuring a design inspired by last year's EXP 100 GT concept. Joining the Bacalar on Bentley's stand will also be a bespoke Continental GT Convertible prepared by the Mulliner division. 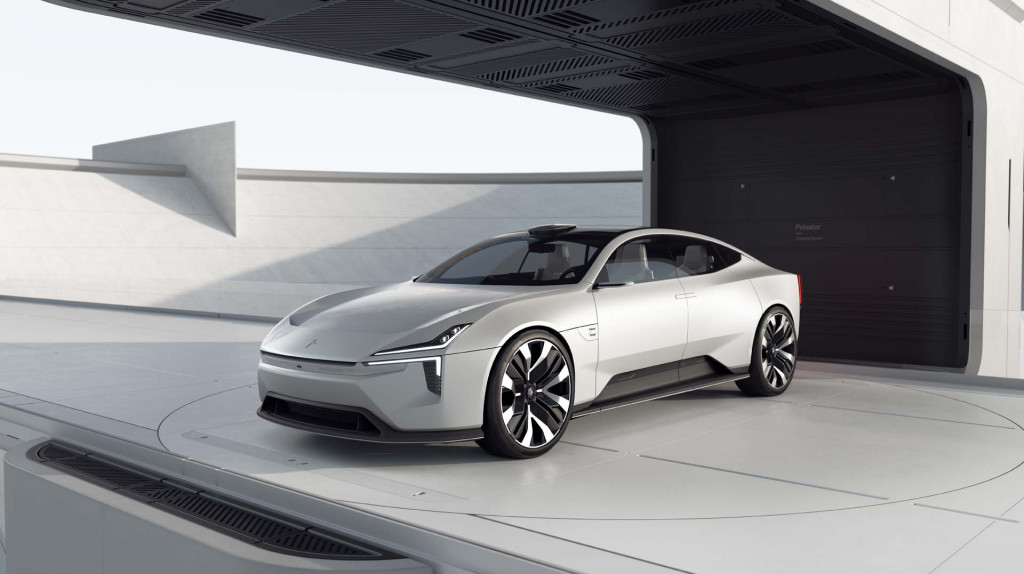 Polestar Precept: Polestar will unveil a concept of a large fastback sedan. We mean seriously large, as the wheelbase is six inches longer than the one on the Tesla Model S. The concept hasn't been confirmed for production but we know its design and technology will end up in future models from the Swedish performance EV brand. 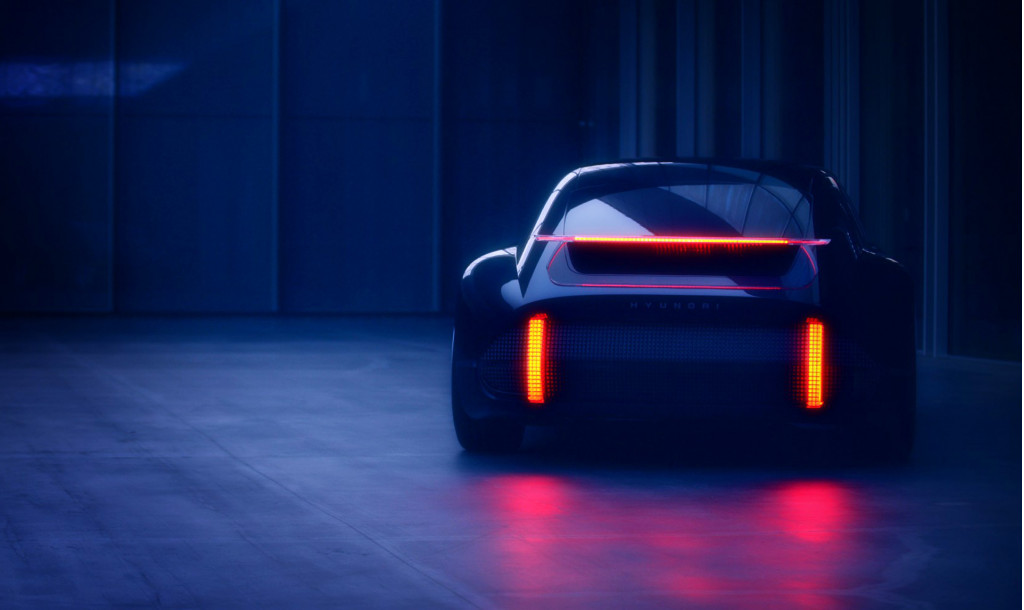 Hyundai Prophecy: Hyundai is bringing a concept that hints at the brand's new styling direction. The concept is an EV with a curvy, almost retro design that the Korean brand describes as an evolution of its Sensuous Sportiness design language first introduced with 2018's Le Fil Rouge concept. The Le Fil Rouge previewed the design of the latest Sonata but it isn't clear at this point if the Prophecy also previews a specific model. 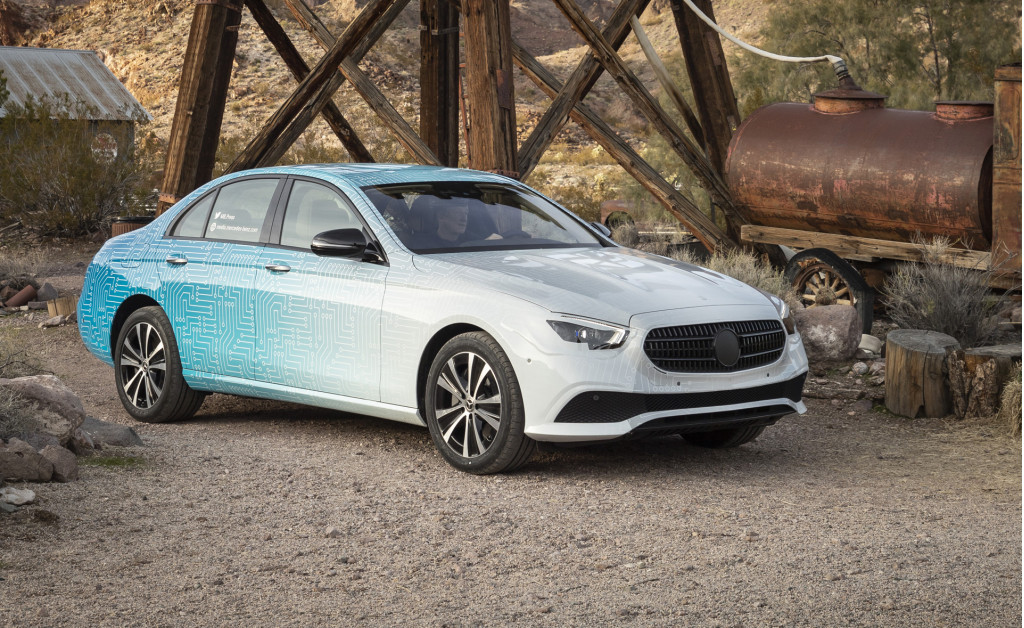 2021 Mercedes-Benz E-Class: Mercedes-Benz's popular mid-size sedan, the E-Class, is about to undergo a mid-cycle update and we'll get our first look at the refreshed model in Geneva. There will be revised styling, but of more more significance will be tech updates made to the car. Key among these will be Mercedes' MBUX infotainment system which features a large touchscreen (10.25 inches as standard on the updated E-Class) that can be operated much like a smartphone or tablet. 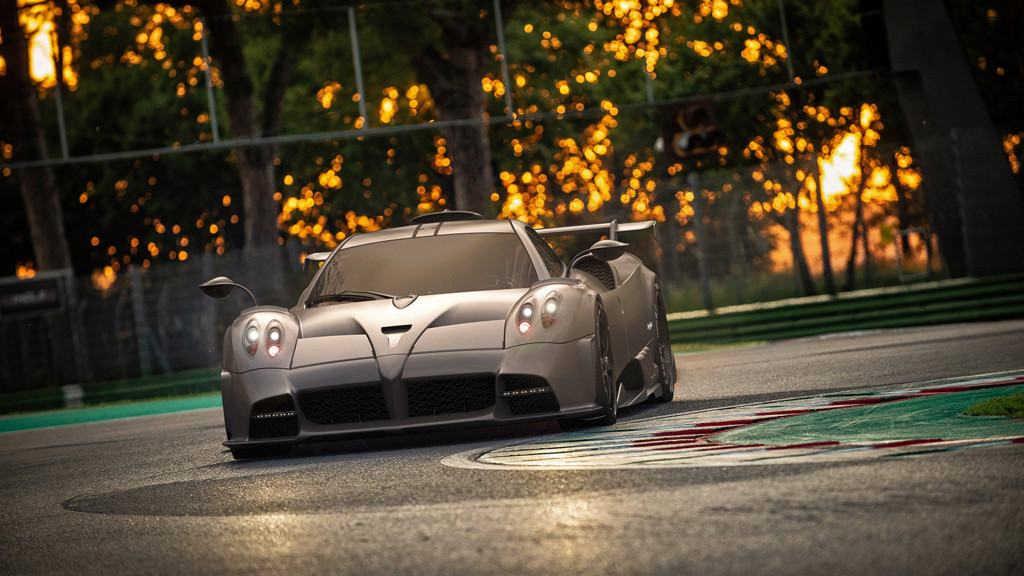 Pagani Huayra Imola: Pagani will show its latest supercar, the Huayra Imola. It's the most powerful version of the Huayra yet, and just five examples will be sold at a price of $5.4 million each. We hear that all five are already accounted for.

2021 Volkswagen Golf GTI: VW has a new Golf on its hands but only the car's Golf GTI and Golf R performance options have been confirmed for sale in the United States. The Golf GTI will debut in Geneva while the Golf R is expected to debut sometime in the summer. Both should feature 2.0-liter turbocharged inline-4 engines, with the Golf GTI sticking with front-wheel drive but benefiting from more power. We hear something around 240 hp is likely. 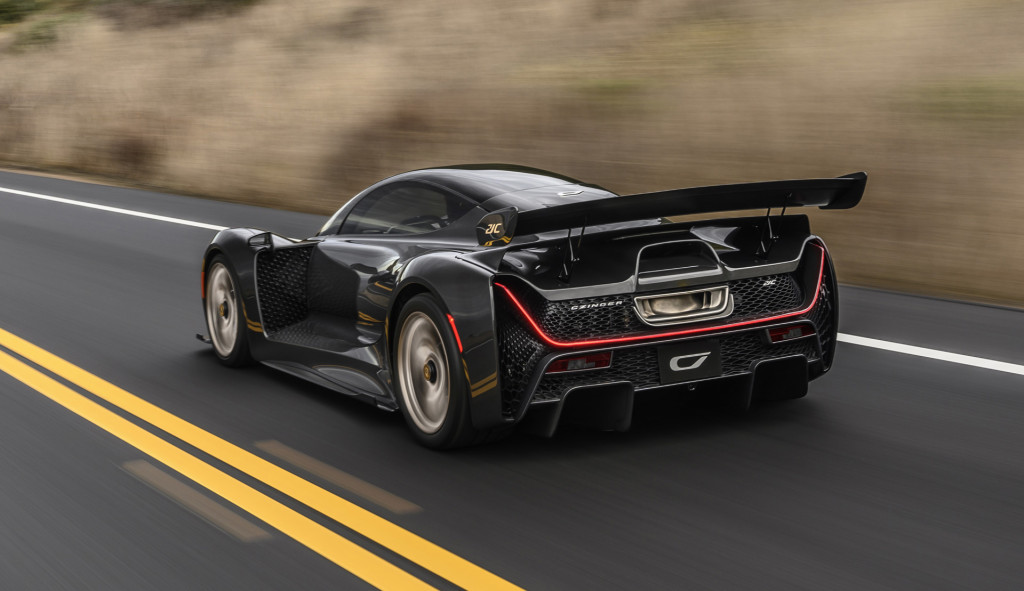 Czinger 21C: Los Angeles-based Czinger will use the Geneva show to debut the 21C hypercar. The car is said to pack as much as 1,233 hp generated by a pair of electric motors at the front axle and a 2.88-liter twin-turbocharged V-8 at the rear. It will also apparently run the quarter-mile in just 8.1 seconds.

That’s it for now but at any time you’ll be able to access the latest information from the Geneva auto show via our dedicated hub.