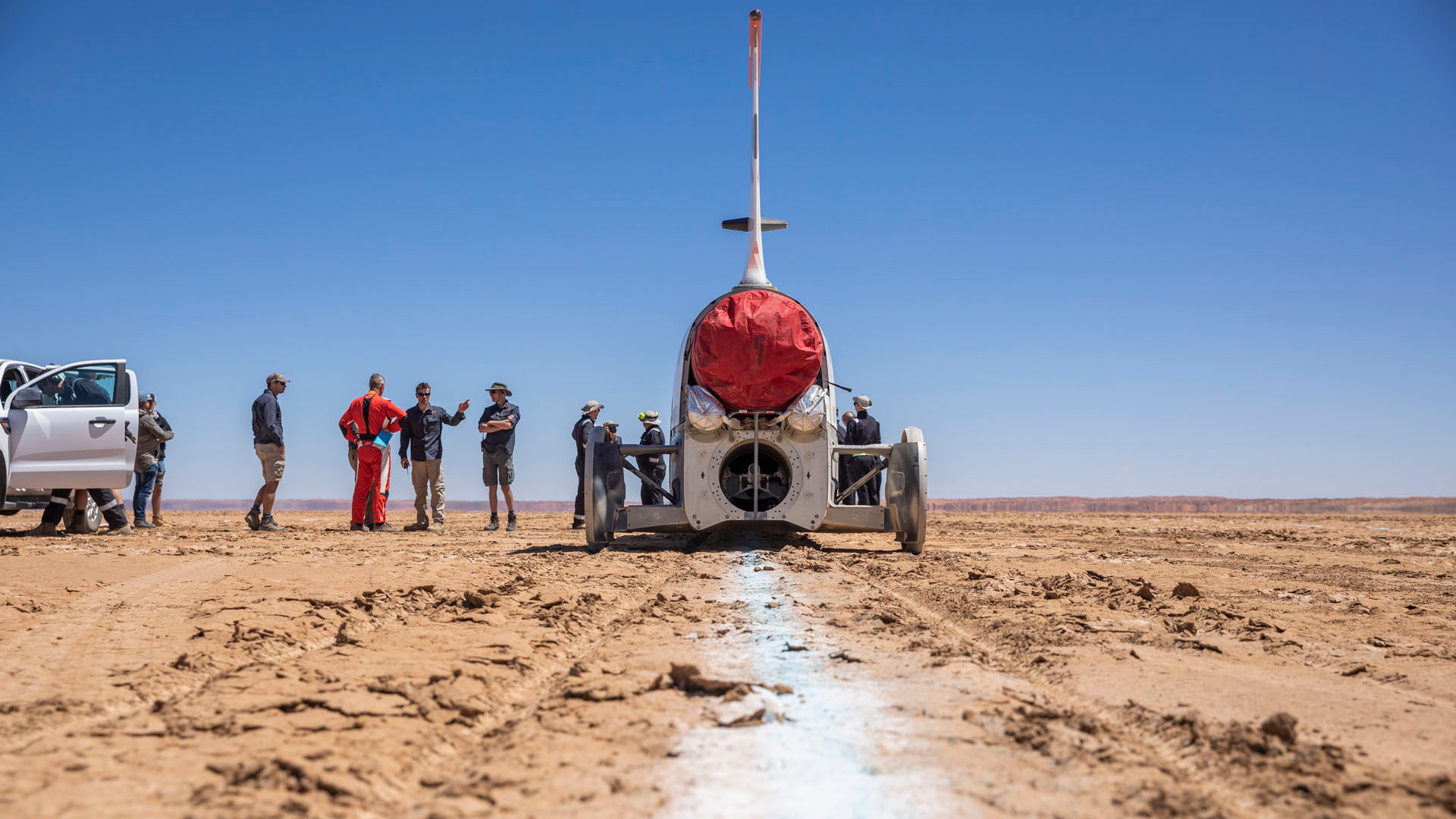 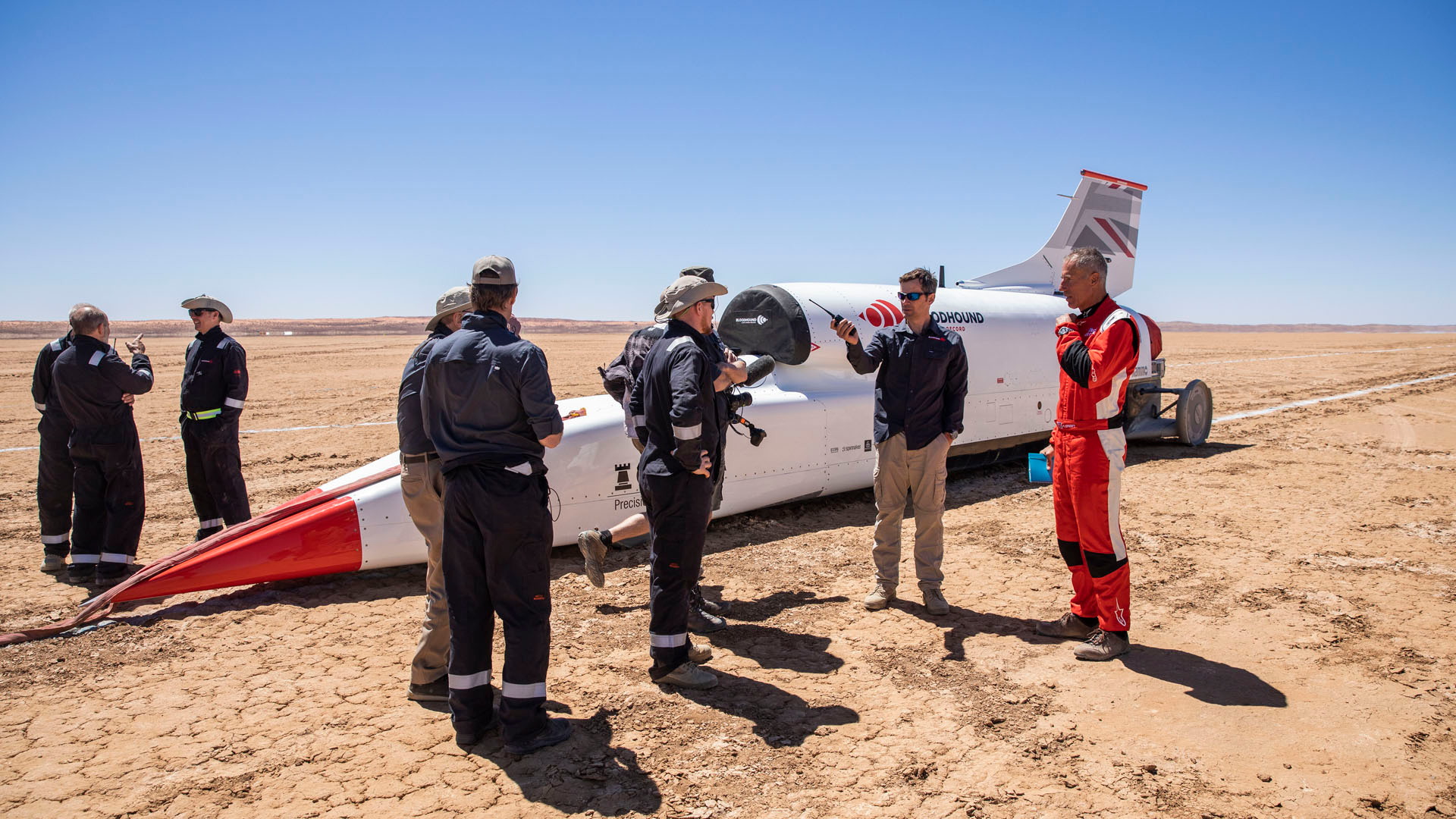 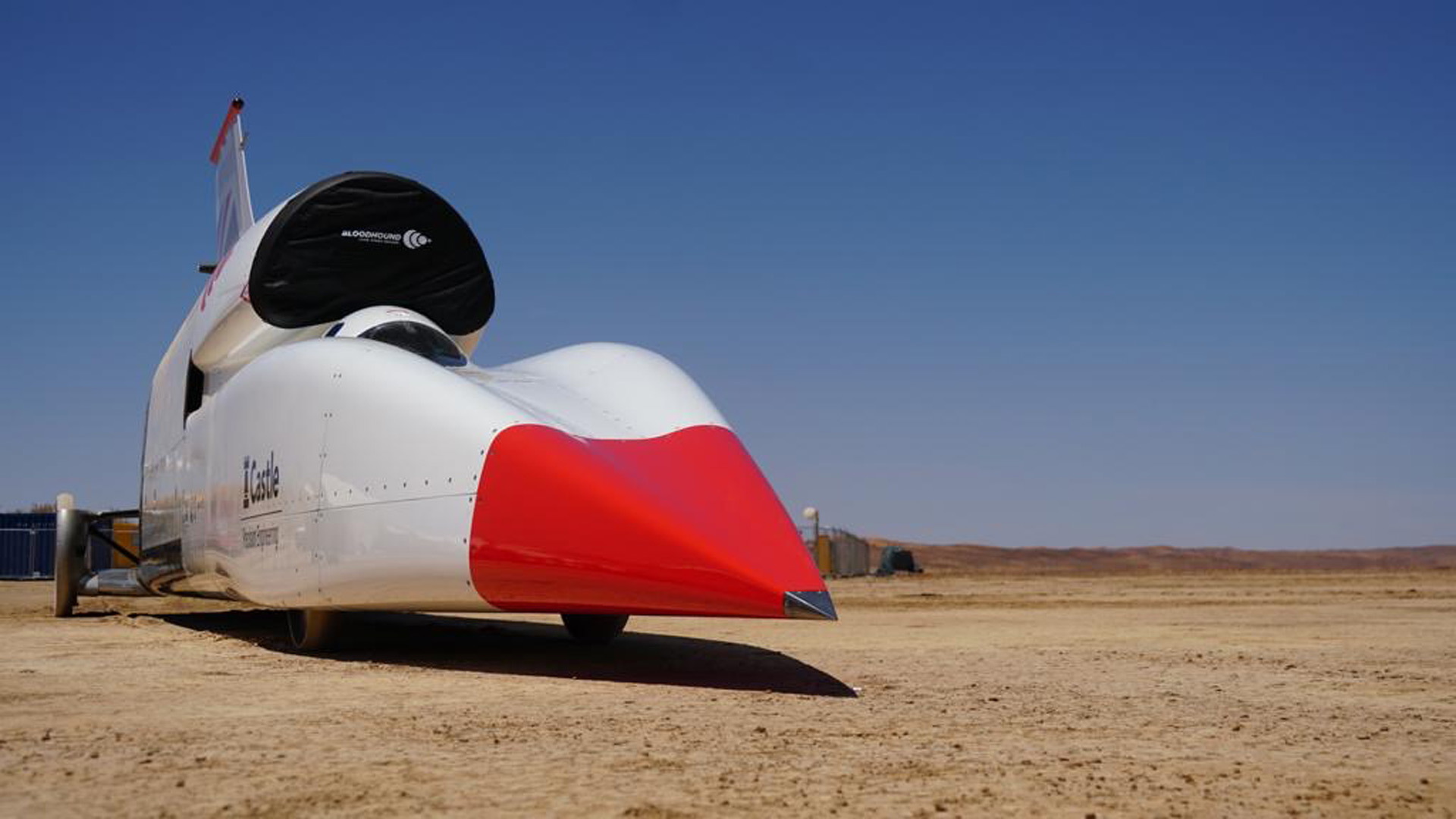 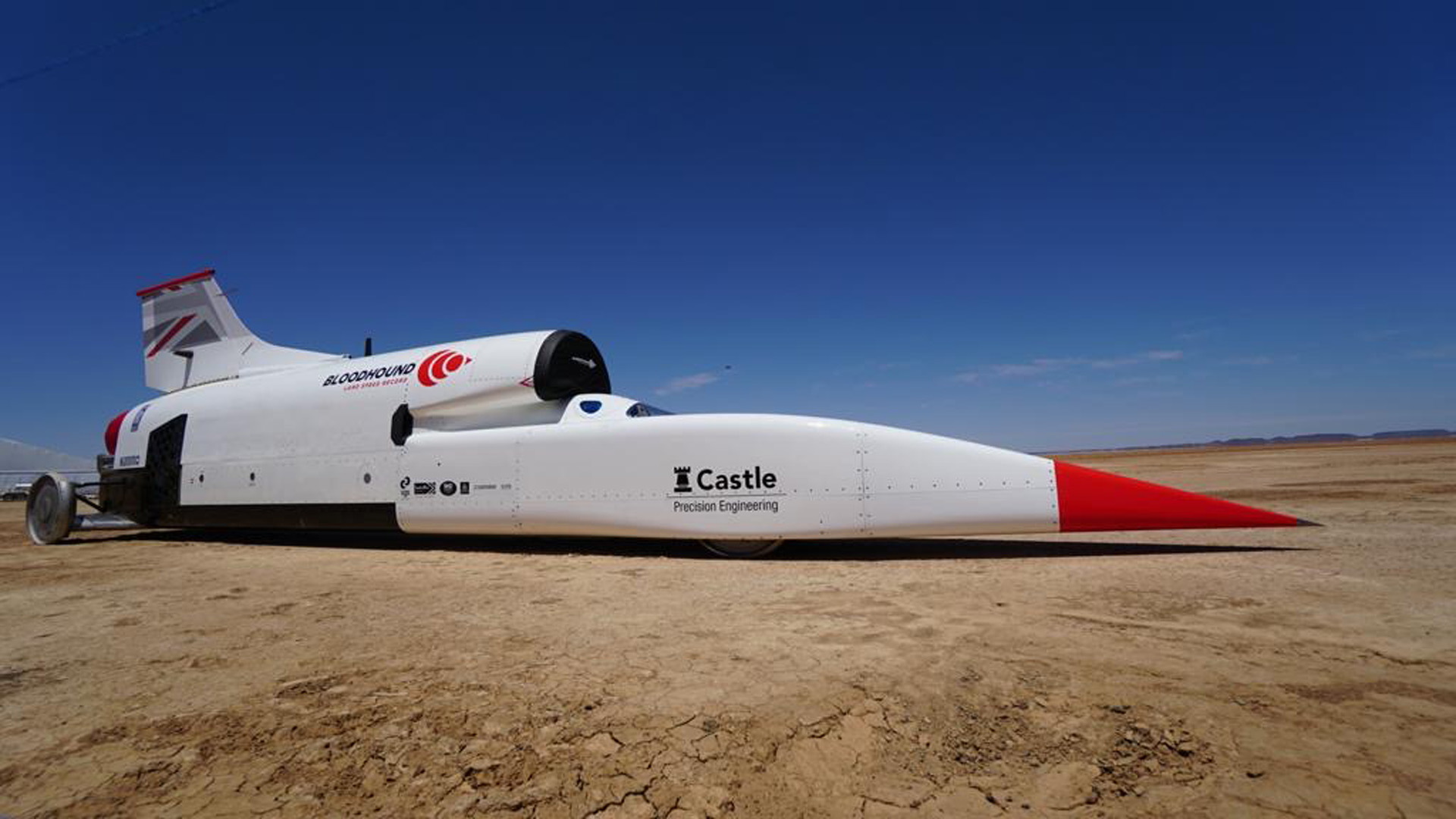 The team behind the Bloodhound Land Speed Record Car is celebrating a 334-mph run in early shakedown runs held last week, as it hit yet another milestone in its quest to beat the current record of 763 mph which has stood since 1997.

The run took place on the Hakskeenpan salt and mud pan of southern Africa's Kalahari desert. The Bloodhound is theoretically capable of 1,050 mph in ideal conditions, the team says, but that goal is still a long way off.

Bloodhound's first-phase trials will cap out at just 500 mph, with the team increasing its target velocity in 50 mph increments until the target is achieved.

"We’ve had two very successful runs today, with the second run reaching a max speed of 334 mph, going from 50 mph to 300 mph in 13 seconds," said Bloodhound driver and current world land speed record holder Andy Green. "There was strong cross wind gusting at over 15 mph and we’ve established that this is pretty much the limit for running in the car. We’re happy because this was a successful test, now we’re ready to progress on to higher speeds."

The Bloodhound team describes its car as "part fast jet, F1 car and spaceship." It resembles a space shuttle on wheels, albeit unconventional ones. The wheels, made from solid aluminum, cut grooves into the surface, holding the car's line throughout each run much better than would conventional tires. That sort of over-engineering is necessary, because if the Bloodhound ultimately performs to its design, it will be capable of covering a mile every 3.6 seconds.

While the team's ultimate goal is to hit 1,000 mph, the current land speed record sits at just 763.035 mph, giving the team hope that it has more than enough of a design ceiling to clear the record with plenty of head room. Record-setting runs will commence in 12 to 18 months.