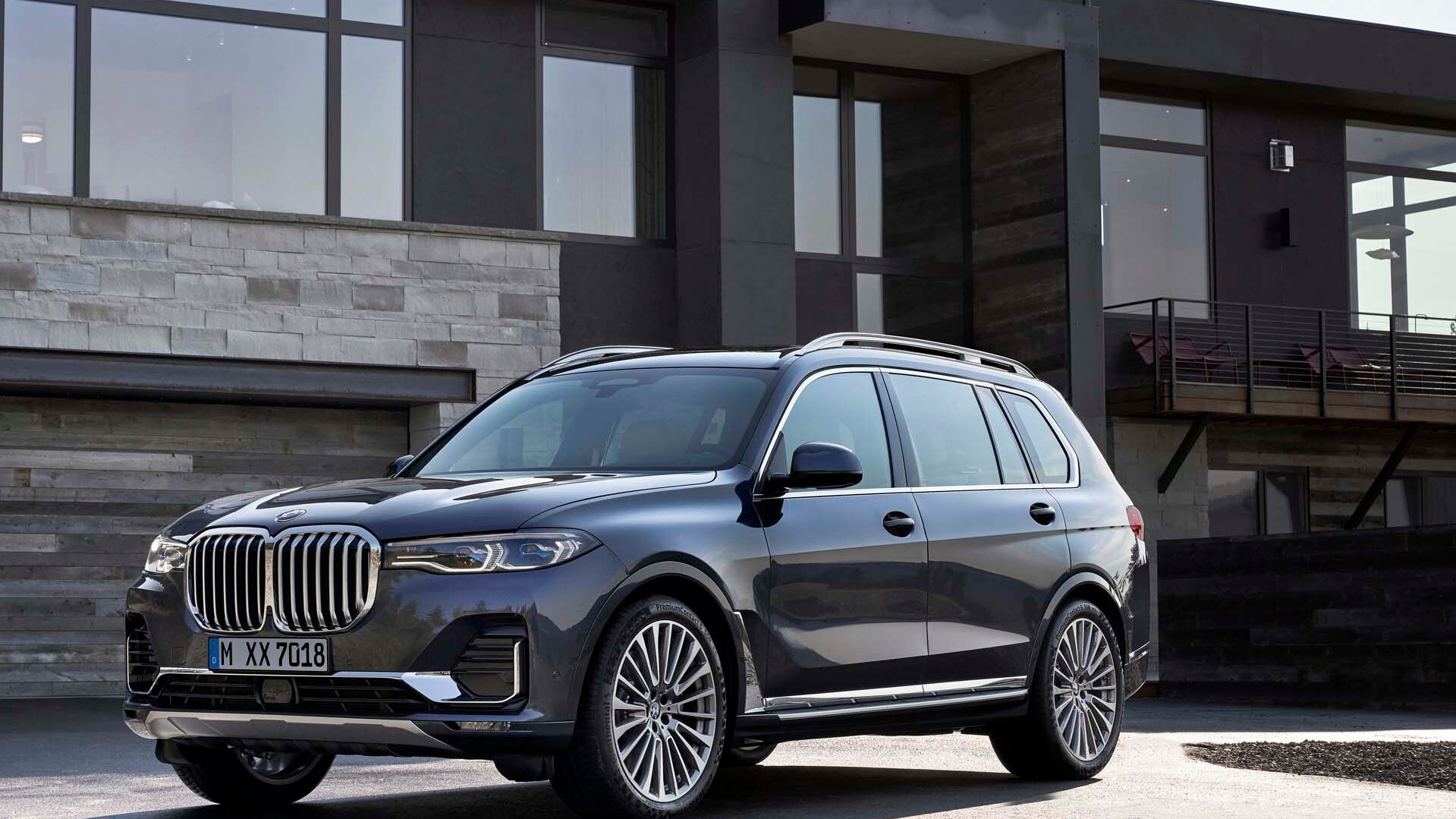 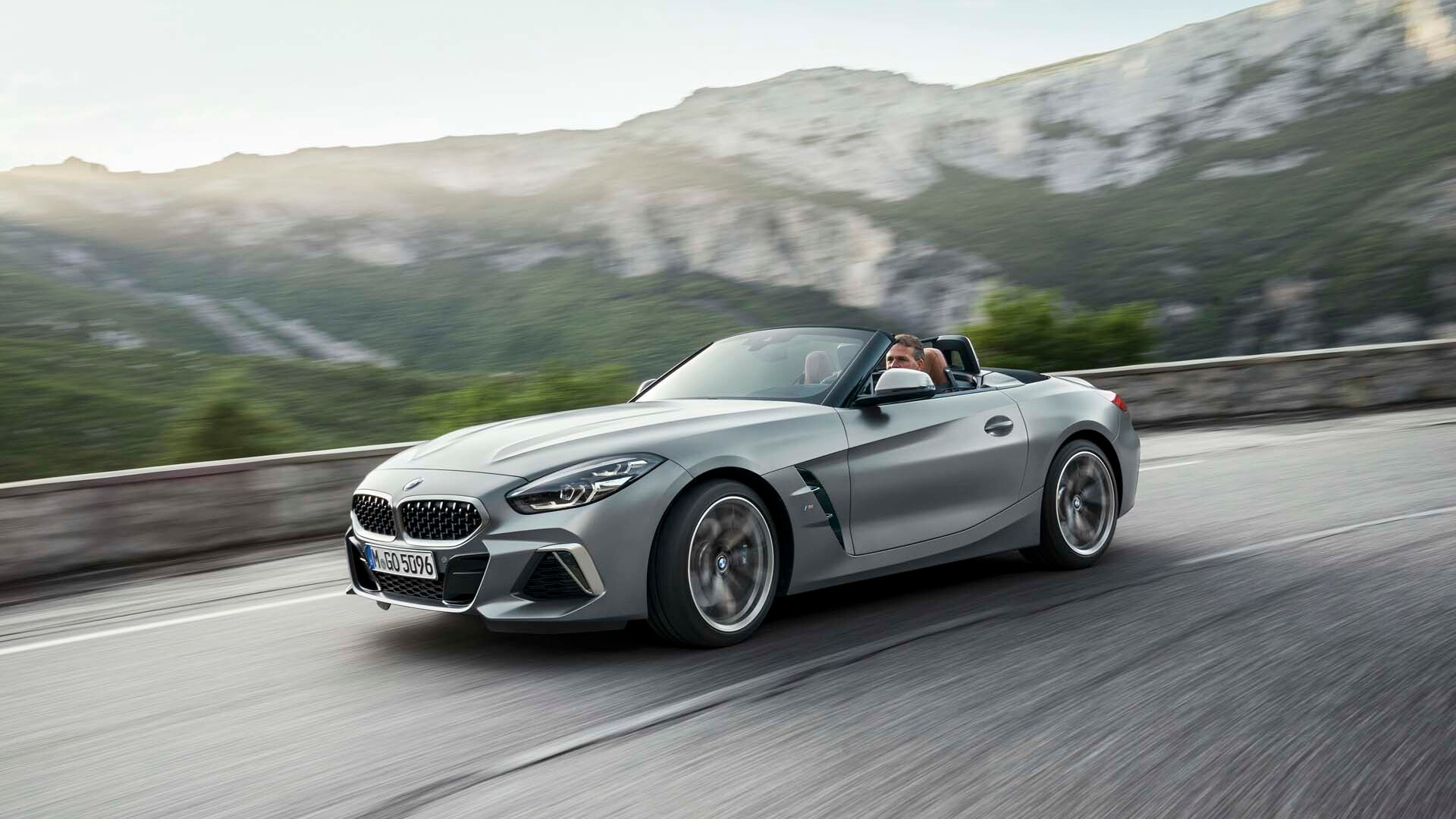 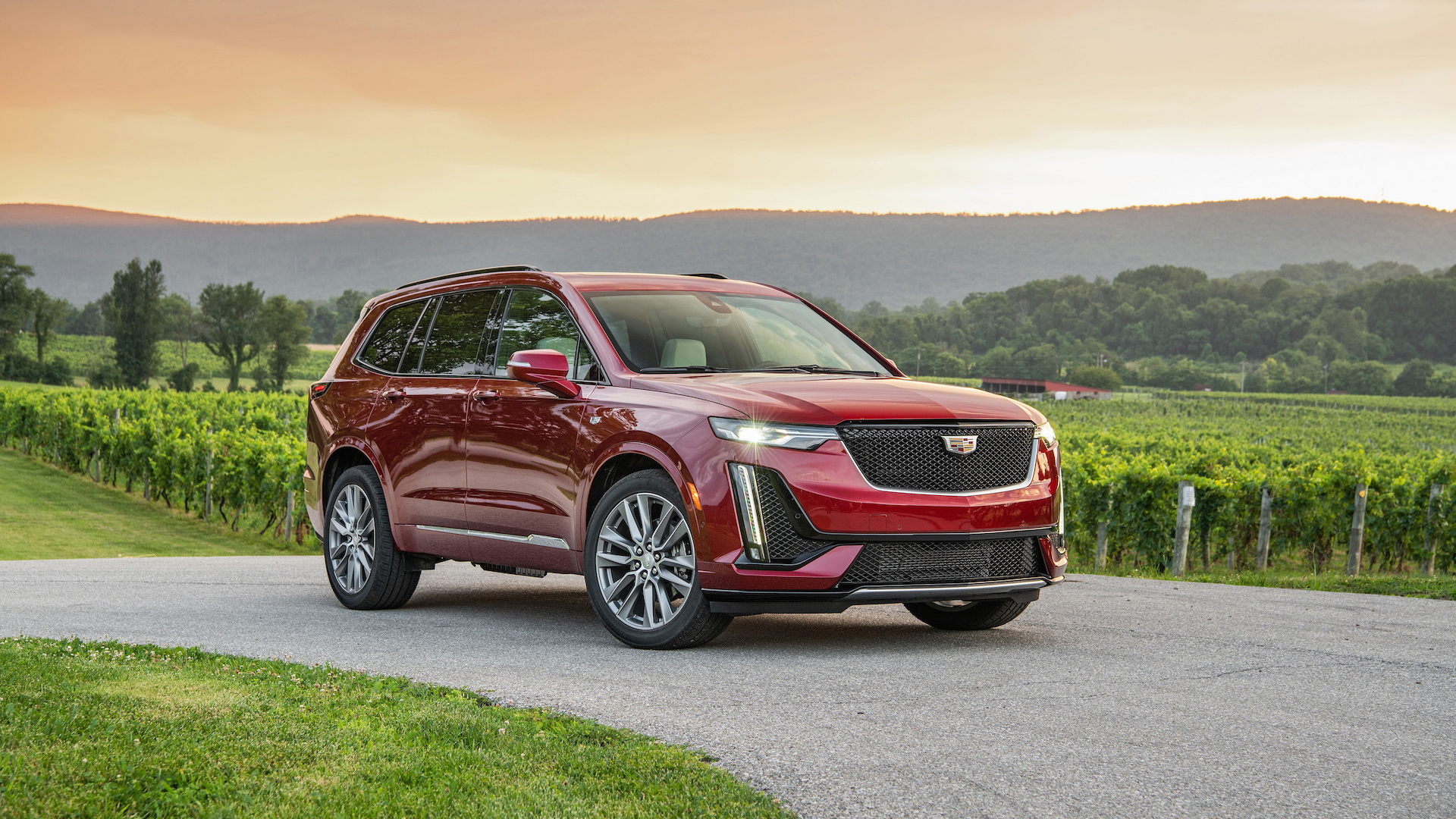 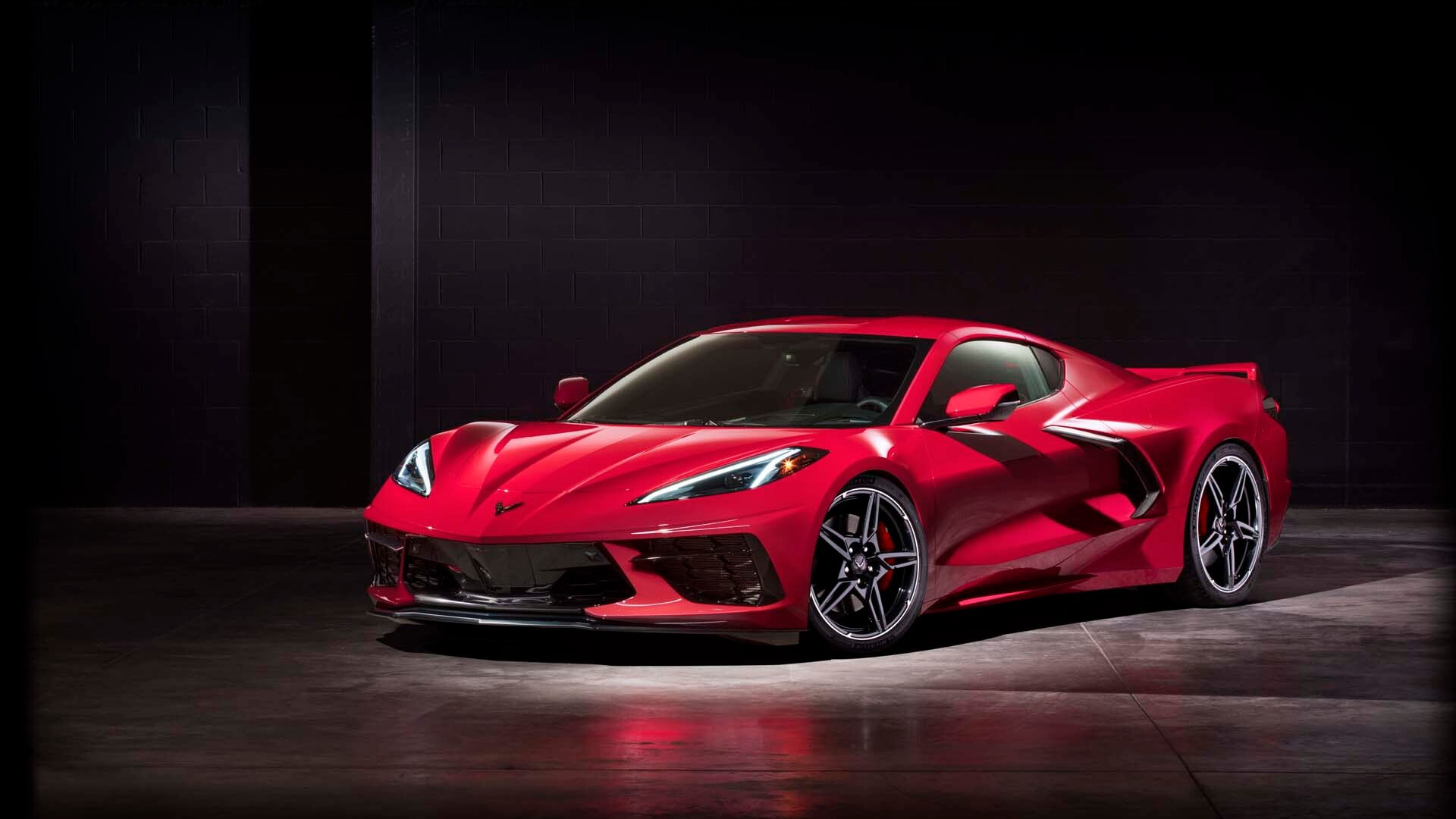 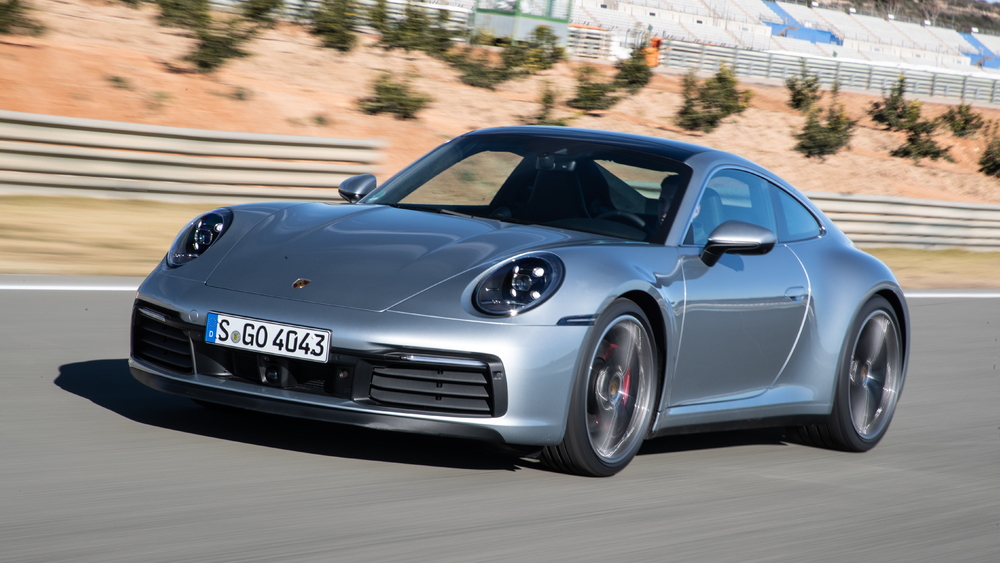 The 2020 model year may well be defined by the redesign of two iconic sports cars, the Chevrolet Corvette and the Porsche 911. The strategy couldn’t be any more different even while the cars become more alike. For Porsche, the strategy was don’t mess up a winning formula. For Chevrolet, it’s a paradigm shift to a mid-engine layout that smacks of supercar. Both appear to have hit the nail on the head.

If the 911 doesn’t help define 2020, Porsche's new Taycan will. The Taycan is Porsche’s own paradigm shift. It’s an electric sedan with the show, go, and moves of a sports car, though without the range of a Tesla.

Performance is further electrified for 2020 with the release of the Polestar 1. It’s similar in concept to the Taycan with a similar price. Unlike the Taycan, however, the limited-release, carbon-fiber-bodied, plug-in hybrid coupe still employs an engine, but promises up to 93 miles of electric range.

BMW and Toyota teamed up to release of pair of sports cars for the 2020 model year. The BMW Z4 is the more-refined, more-expensive roadster, while the Toyota Supra is the frenetic two-seat coupe with all the right track moves.

But what about luxury? Well, like Toyota with the Supra, Land Rover is bringing back an icon with the new Defender. It’s essentially a more-expensive Jeep Wrangler, but that’s a good thing for adventure enthusiasts.

Cadillac, Lincoln, and Mercedes-Benz are all aiming at families with new crossovers. Lincoln’s new Aviator appears to be a game-changer for the brand, as it gets luxury right in a way that has escaped the brand for decades. Cadillac’s new XT6 doesn’t match the Lincoln for luxury, and it also faces stiff competition from less-expensive new entries from Korea. The Mercedes EQC is the brand’s first attempt to build an electric SUV, and, like other recent efforts from Jaguar and Audi, it appears that range could be a problem.

We have more to say about each of these vehicles. Check out our thoughts below on the most important luxury and performance cars for 2020.

When BMW was dead set on building ultimate driving machines, it wouldn’t have built an SUV this big, but the old BMW doesn’t exist anymore. Instead, BMW is concerned with expanding into new markets, and that spurred the German luxury brand to build a very appealing three-row SUV. The X7’s interior is spacious and richly appointed. Power is plentiful in both versions, with a 335-horsepower turbocharged inline-6 or a 456-hp twin-turbo V-8, both funneled through standard all-wheel drive. It doesn’t handle like the ultimate driving machine, but the X7 offers more room than the X5 for well-off families who want a three-row SUV. You’ll get used to the grille, too.

BMW’s partnership with Toyota likely made both the BMW Z4 and Toyota Supra possible as the full development costs probably could not have been borne by either brand for such small-volume cars. BMW provides the engines, and saves the most-powerful option, a 382-hp turbocharged inline-6 for its roadster. BMW offers a turbo-4 in the Z4 but the Supra doesn’t have this option...yet. With its more-expensive convertible body style and more-luxurious interior, the Z4 is the premium choice. It’s also a blast to drive, and breathes life into one of our favorite vehicle types, the sports roadster.

The new XT6 is Cadillac’s other three-row SUV. This mid-size SUV benefits from the improved handling of a unibody structure, but that’s the only way it’s better than the trucky full-size Escalade. Its 310-hp V-6 is strong, but not up to snuff compared to the Lincoln Aviator’s 400- and 494-hp powertrains. Its interior is well appointed, but not as luxurious as the Aviator as well, or the Kia Telluride/Hyundai Palisade duo for that matter. Cadillac needs to establish itself as a luxury brand with unique appeal. Unfortunately, the XT6 feels like an “us too” effort to get in on the three-row crossover game that takes a back seat to better choices in the same price range and below.

Chevrolet is taking the biggest gamble of the Corvette’s 67-year run by switching from the tried-and-true front-engine layout to a more supercar-like mid-engine design. The prospects look promising so far. A modest $5,000 price bump keeps the starting price under $60,000; the base car will make 490 horsepower in standard form (495 with a performance exhaust); and all Corvettes will accelerate better and likely handle better. The new design is the Corvette’s best bet to expand its customer base beyond its traditionally older buyers. We think it’s a gamble worth taking.

The 2020 Porsche 911 is about evolution. Styling is a slightly tweaked version of the iconic design that dates back to 1963, and it manages to look marginally better. Power is up (379 hp in base form, 443 for S models), interior technology is improved, and handling continues to defy the laws of physics. So far we’ve seen coupe and cabriolet versions of the base Carrera, as well as the 4 and 4S. Turbo, GTS, GT3, and possibly GT2 grades are yet to come as Porsche continues to build one of the best sports cars in the world.

With the Taycan, Porsche jumps headfirst into the electric-car movement the only way it knows how: full-speed ahead with performance at the forefront. So far we’ve only seen the Turbo and Turbo S grades with prices starting at $150,000. In our first drive of the Taycan, we found that it not only accelerates like a bandit, but it also handles exceptionally well, despite its 5,100-pound curb weight. Porsche is introducing fast charging that can provide an 80 percent charge in just 20 minutes, too. If this is the future of electric cars, sign us up.

Land Rover knows how to build off-roaders, but no Land Rover is as focused on exploring the wild as the Defender. Last offered in the U.S. in 1997, the Defender returns with a new design for the first time in three decades. It marks the return of an icon that slots in as competition for the Jeep Wrangler, which has gone unchallenged for too long. The base engine is a 296-hp 2.0-liter turbo-4, and buyers can also opt for a mild-hybrid 3.0-liter turbo inline-6 that makes 395 hp. The off-roading bona fides are there: 11.5 inches of ground clearance, 35.4 inches of wading depth, permanent four-wheel-drive with a two-speed transfer case, and available locking differentials for the center and rear. Two-door Defender 90 and four-door Defender 110 models are planned with seating for up to seven. Load up the family and take them on an adventure.

Lincoln has been a wayward brand for decades, but the latest Navigator and now the Aviator show it could be hitting its stride and connecting with luxury buyers. The Aviator delivers luxury like Cadillac can’t and Lincoln is doing all it can to coddle its customers at the dealer. A new rear-wheel-drive-based platform turns up the driving pleasure. A very capable twin-turbo-V-6 delivers smooth acceleration in base 400-hp form and is available as a hybrid that ups the output to 494 hp while improving fuel economy slightly. It’s been a long and strange journey for Lincoln, but now its future looks to be alright, alright, alright.

Mercedes-Benz is following a recent trend of pushing forward in the electric game with crossover SUVs, and also running into a problem that seems to be solved only by Tesla: range. The EQC-Class, which goes on sale either late this year or early next, has an 80-kwh battery pack that should provide only about 200 miles of range, a far cry from the 330 miles of the Tesla Model X. Performance looks impressive, though, with a 0-60-mph time of 4.9 seconds. Will it work for the family? We’ll have to drive it to see.

Polestar, the electrified spin-off from Volvo, debuts its first car late this year with the Polestar 1 coupe. The plug-in hybrid is all about efficiency and performance. It's built on a carbon-fiber structure that Polestar says saves 500 pounds versus steel, and it is powered by a version of Volvo’s T8 2.0-hybrid system that, in the Polestar 1, teams a turbocharged and supercharged 2.0-liter with a pair of rear-mounted electric motors to provide 600 hp, 738 lb-ft of torque, and all-wheel drive. Polestar has quoted 93 miles of electric range as well. Only 500 will be built, though that could increase to 1,500 should demand prove sufficient.

Toyota’s collaboration with BMW brings back a storied name in the Japanese brand's sports-car history. The fourth-generation Supra was revered for its track capability and powerful and bulletproof 2JZ inline-6. The new Supra, a two-seat coupe, also features inline-6 power, through this turbocharged beast comes by way of BMW and delivers more performance than its 335-hp figure would suggest. We’re smitten already, and we’re almost certain higher-performance variants are yet to come.