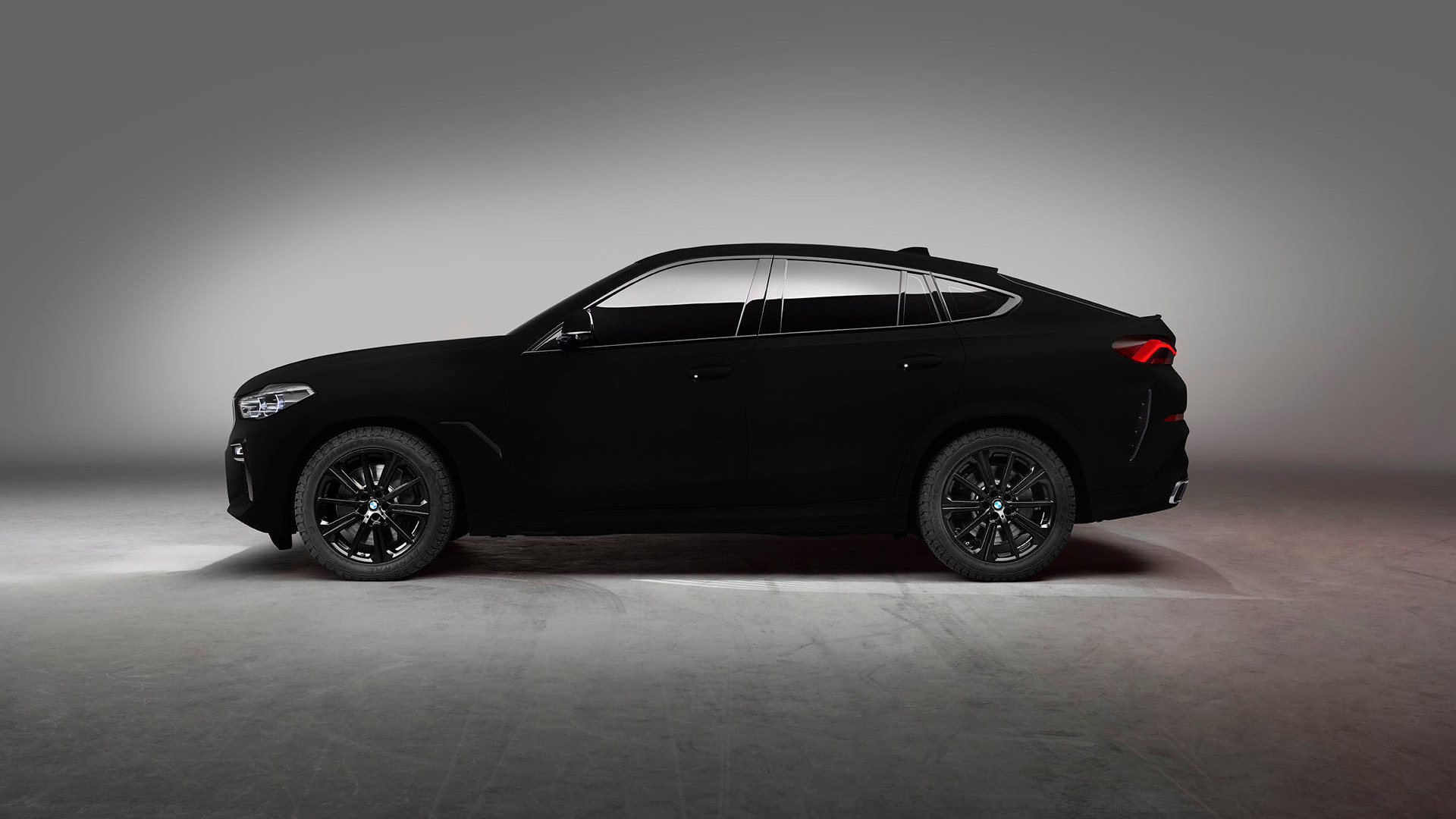 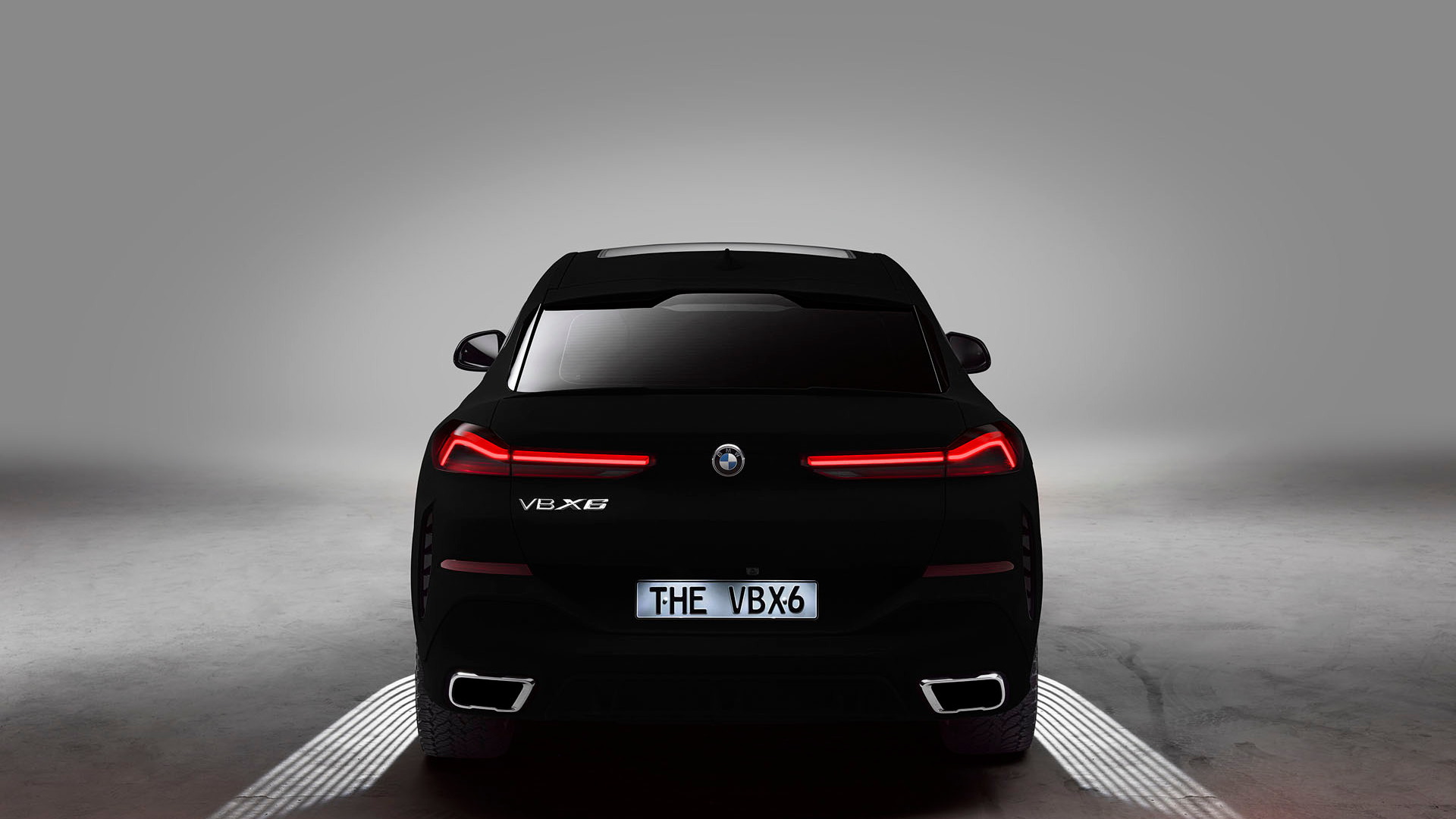 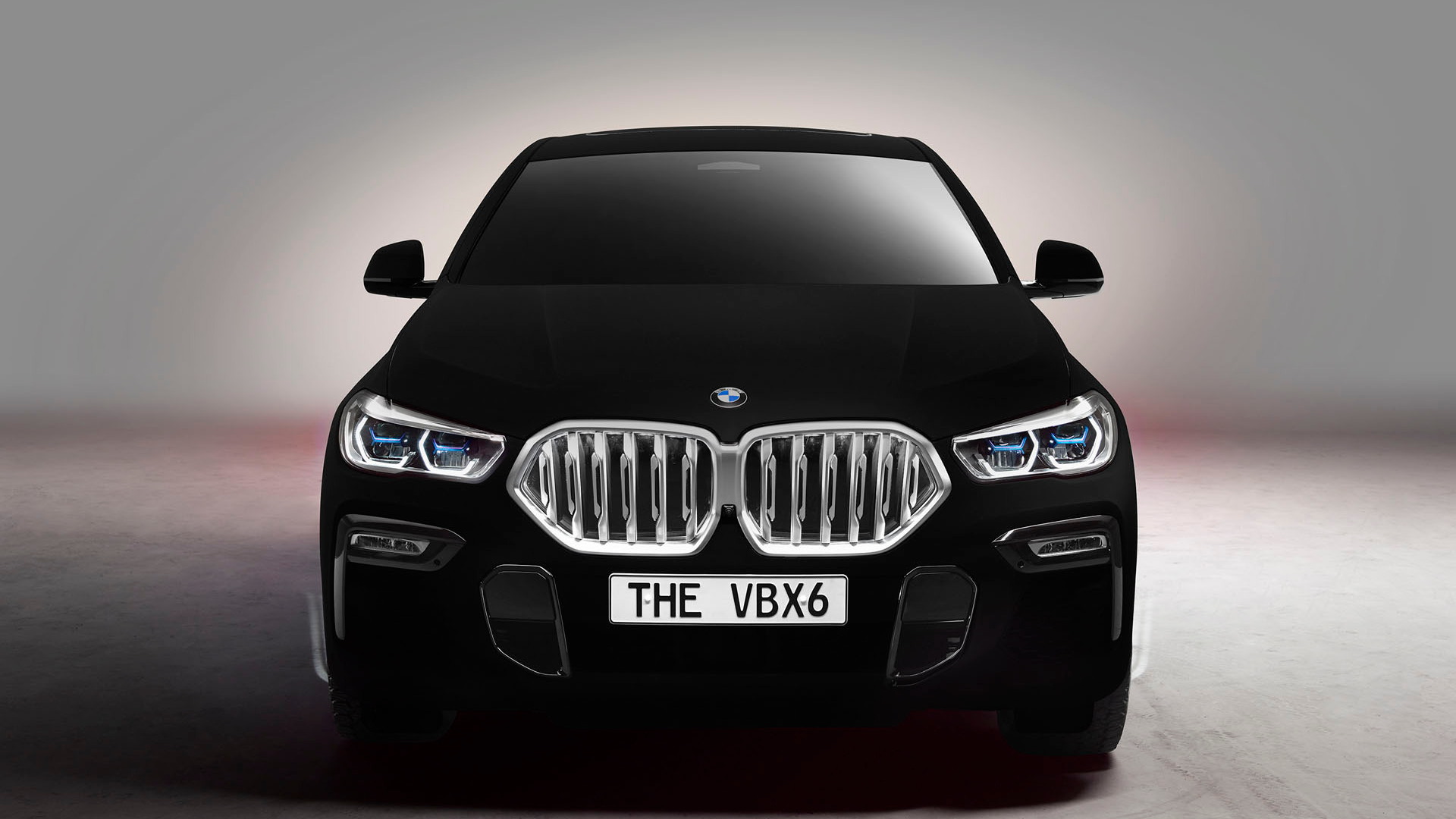 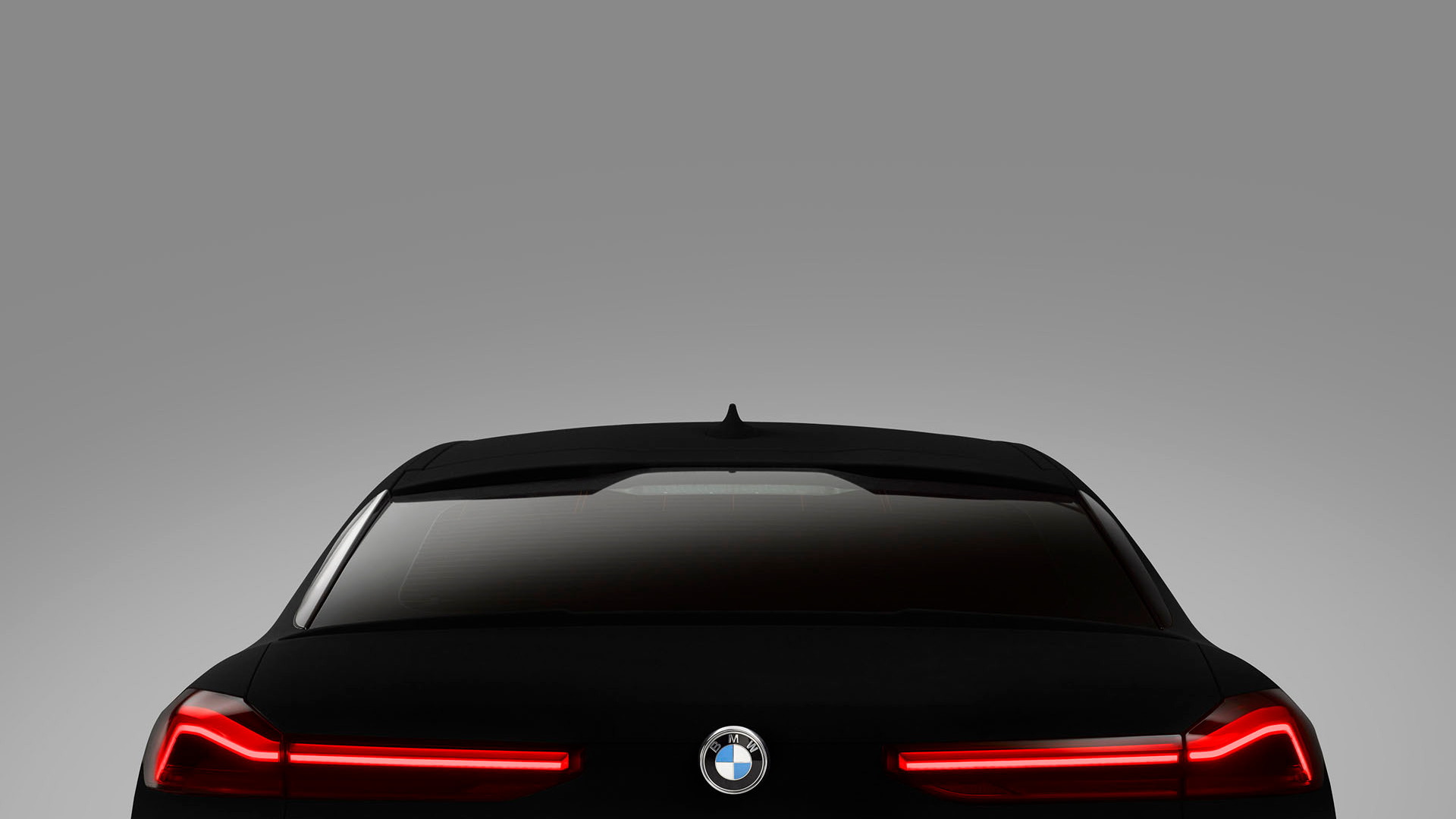 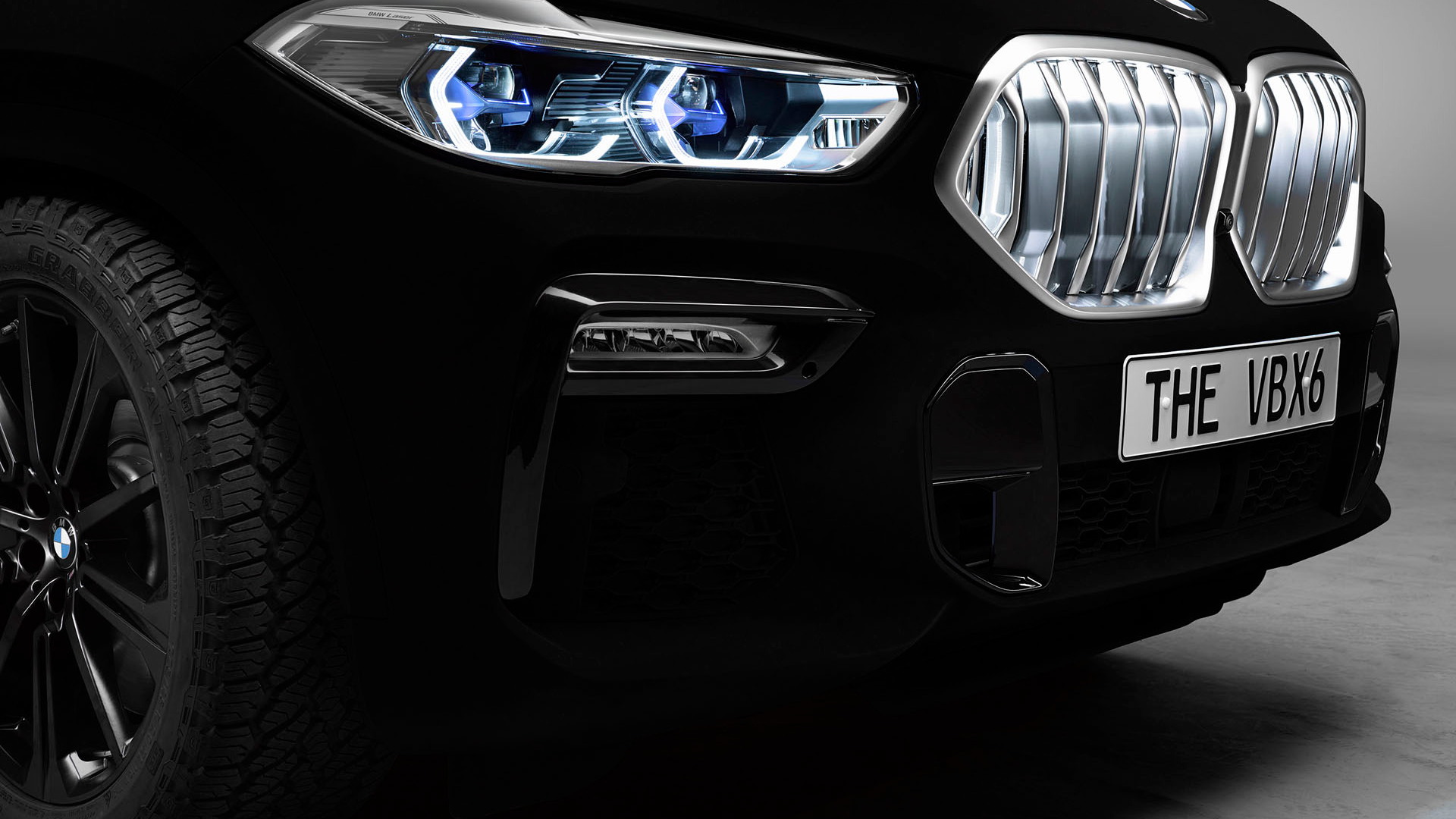 When fictional rocker Nigel Tufnel was presented with the all-black jacket cover for the "Smell the Glove" album in the 1984 movie "This is Spinal Tap," he famously said, “It’s like, how much more black could this be? And the answer is none. None more black.” Those words are a perfect way to describe BMW’s new X6 show vehicle.

BMW announced on Wednesday that it will travel to this September’s Frankfurt motor show to show off a 2020 X6 painted with a Vantablack VBx2 nanostructure paint finish, which is described as the “blackest black.” Said another way, the Frankfurt-bound X6 concept can be none more black.

The Vantablack paint was developed by Surrey NanoSystems for aerospace applications. The paint, made from carbon nanotubes that are 5,000 times thinner than a human hair, absorbs 99.965 percent of light, which makes anything it’s applied to appear to be two-dimensional, including a BMW X6. However, the paint formula was tweaked slightly for the X6 show car—it reflects about 1 percent of light, allowing a hint of the car’s shape to break through.

Don’t expect to see the Vantablack paint as an option for the X6 anytime soon. Surrey NanoSystems’ founder Ben Jensen notes that there likely isn’t much demand for a paint that essentially eliminates a car’s exterior design, and there are also durability concerns.

“I think it worked really well on the BMW X6, because of the size of the car, its distinctive shape, and how imposing it is,” he said. “But putting a paint like that on a conventional car lacking a distinctive design would probably detract from it in some way. In addition, developing a Vantablack VBx2 car paint durable enough for daily use is a huge technological challenge.”

The Vantablack BMW X6 will make its world debut on Sept. 12. The production version of the third-generation X6 is scheduled to land in dealer showrooms this November.