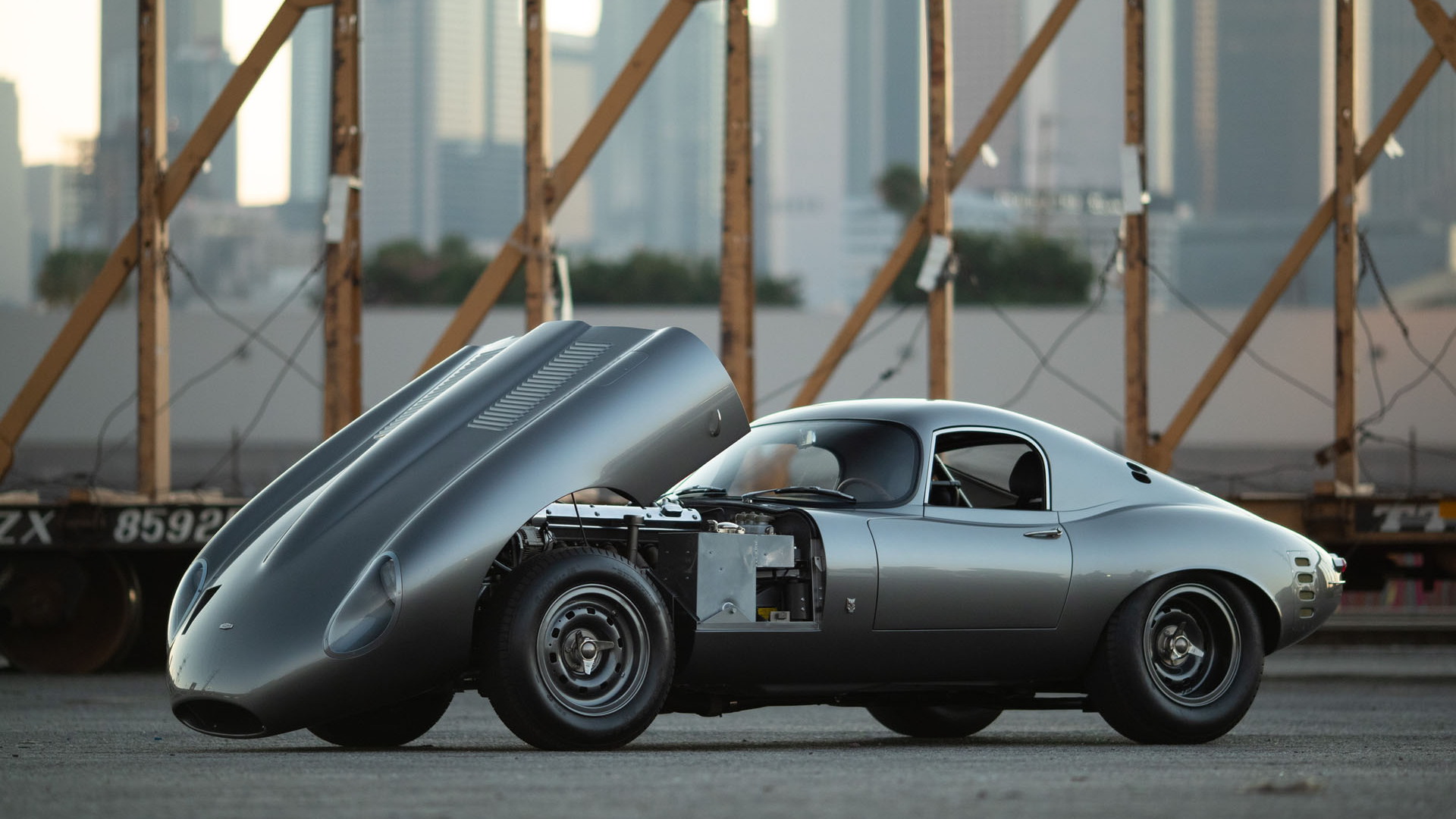 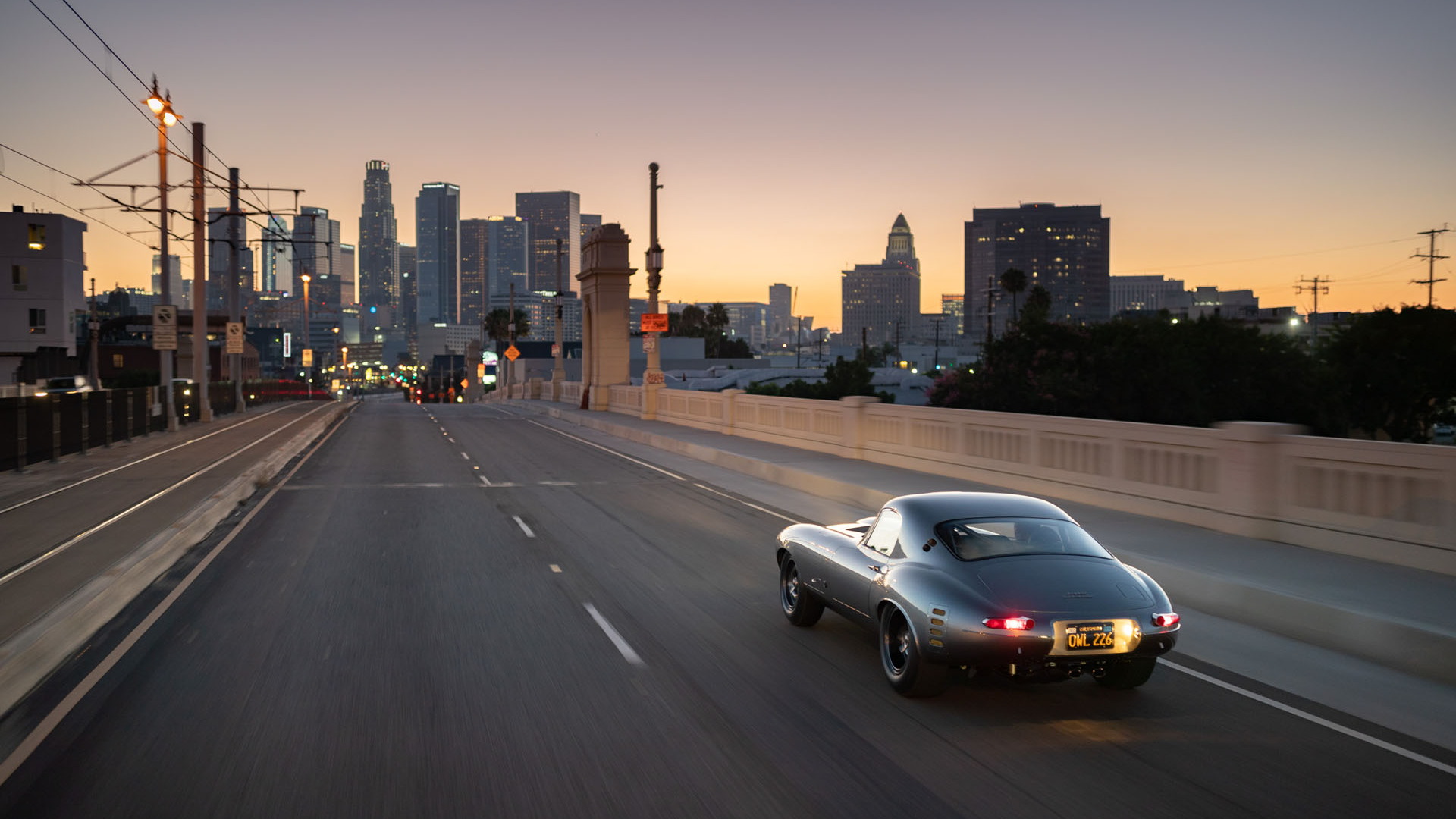 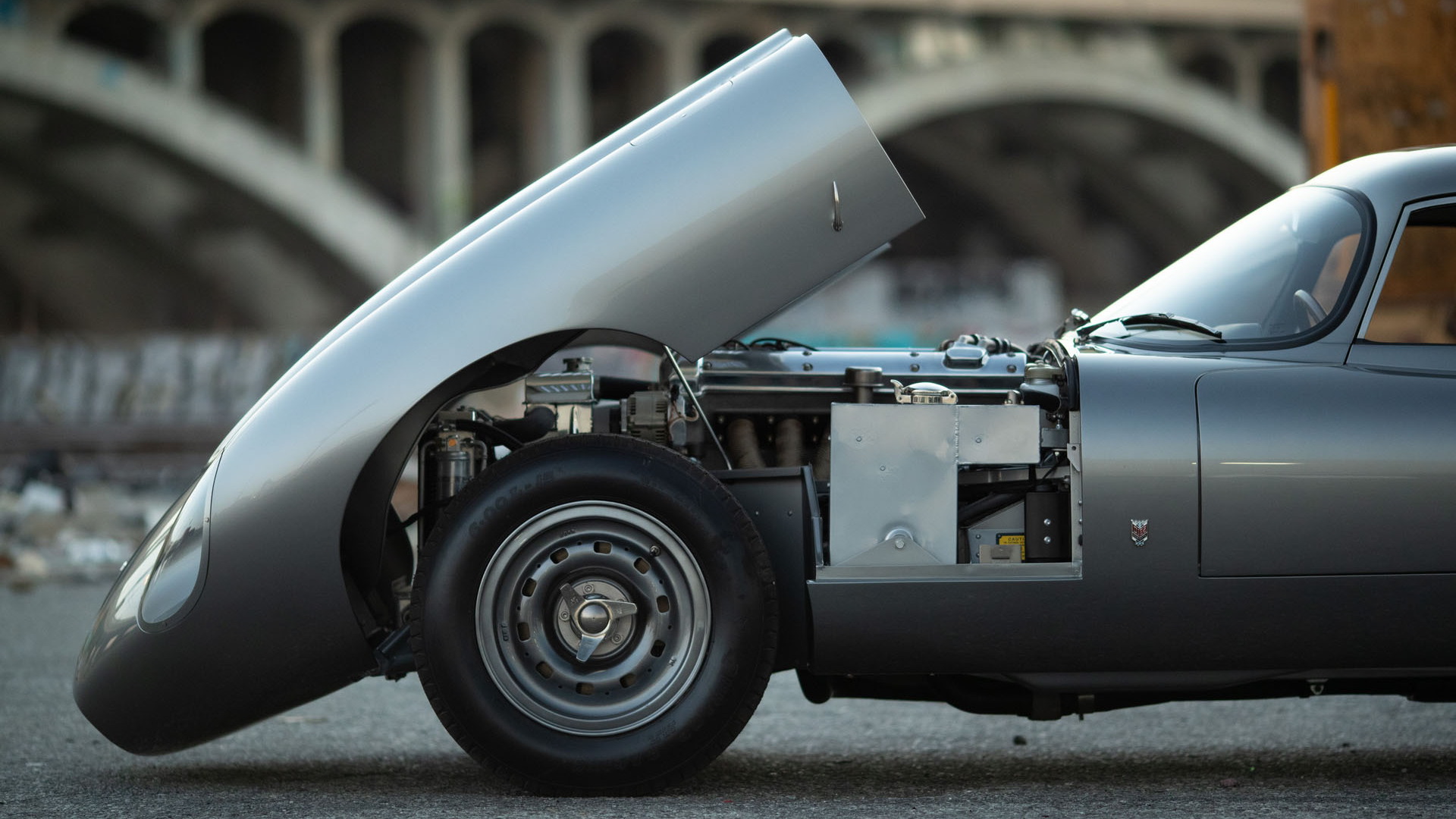 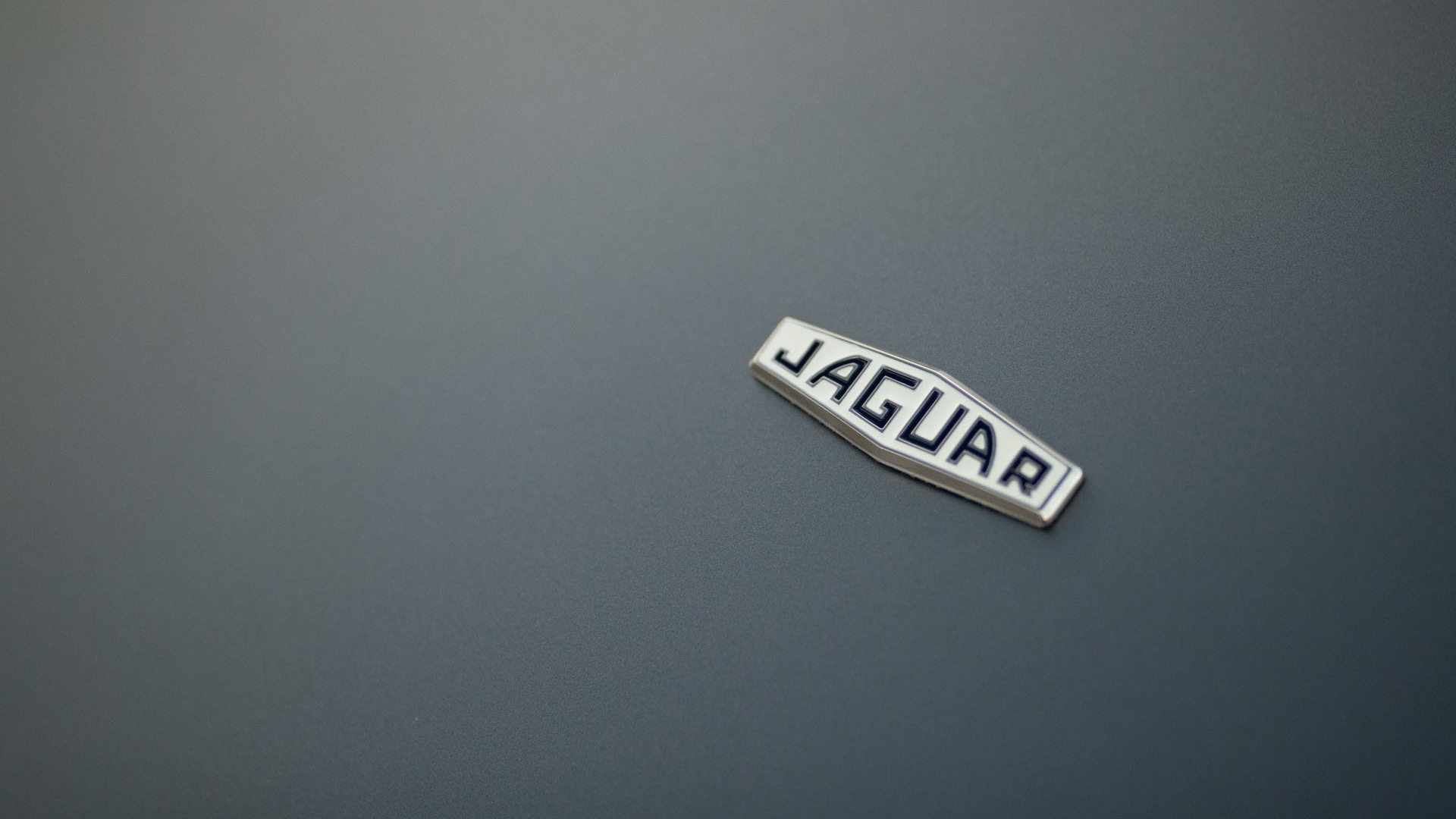 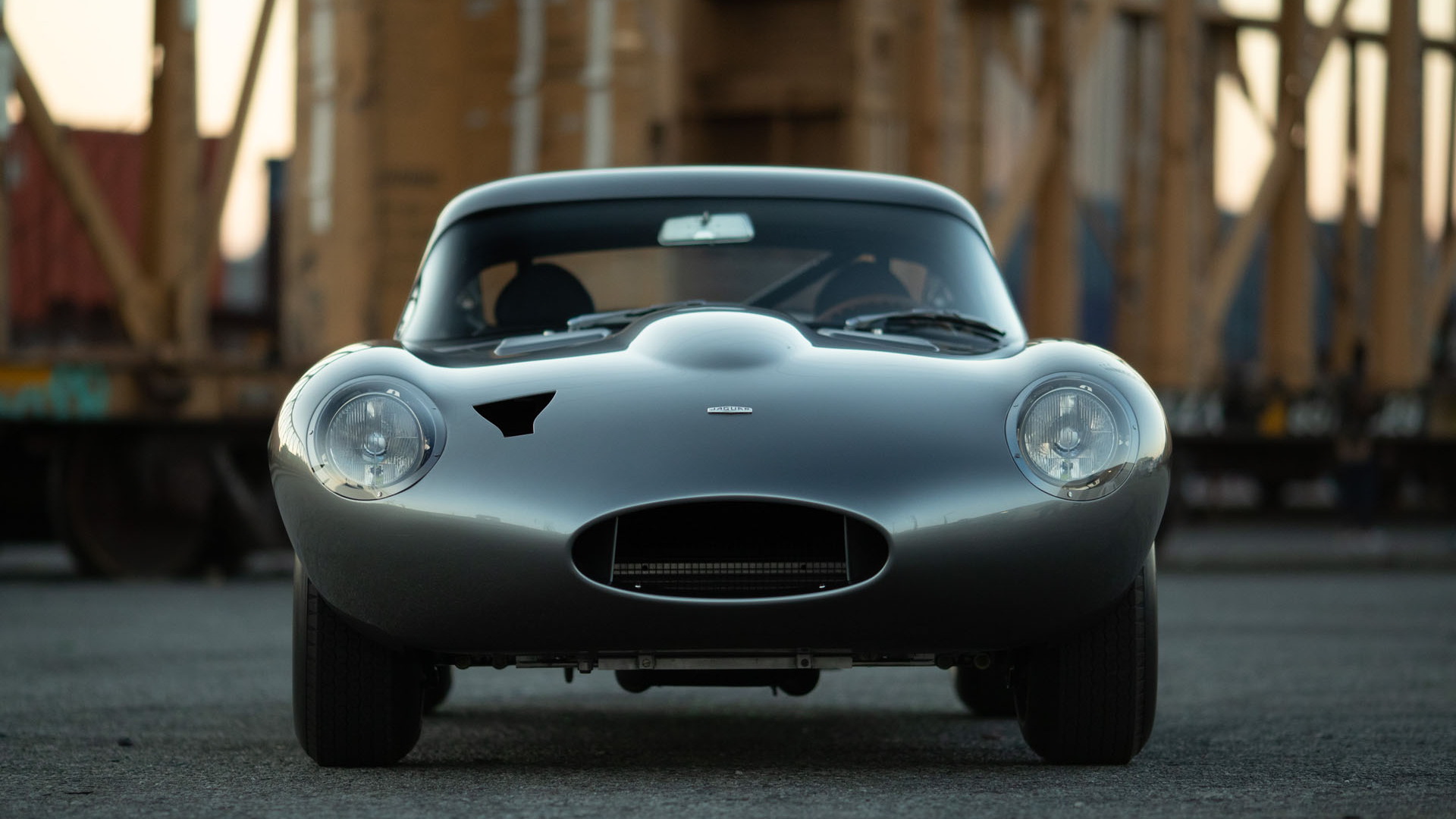 The concept of a vintage car with modern hardware is a popular one. Boutique builders like Singer and Icon have been selling reimagined versions of classics for years, and new companies are popping up all the time to fulfill growing demand.

Diez Concepts is one such newcomer that’s hoping to carve out a niche in the reimagined classic car segment, and the company is doing so with a vehicle inspired by the one-off 1963 Jaguar E-Type Low Drag Coupe.

Introduced during last week's The Quail, A Motorsports Gathering, Diez Concepts’ creation. Known as OWL226 for its California registration, it was designed and built to look exactly like the original 1963 Jaguar E-Type Low Drag Coupe 49FXN, right down to the screws that had to be machined so they’d match the originals. Given that attention to detail, it’s little wonder that OWL226 took eight years to build.

Like the original 49FXN, which was also named for its number plate, OWL226 uses a 3.8-liter inline-6 fed by side draft Weber carburetors. Many of the engine’s internal components were brought up to modern standards, however, raising horsepower to 380.

The interior of OWL226 was also given a modern makeover. Instead of a stripped-down racing cockpit, OWL226 features leather seats, a custom roll bar and even an air conditioning system.

“This Jaguar E-Type Low Drag Coupe has been a passion project,” said Marco Diez, owner of Diez Concepts. “I believe ‘49FXN’ is one of most beautiful automobiles ever made, so to take inspiration from that and make it my own is a dream come true.”

What’s in store for OWL226 isn’t exactly clear. Diez Concepts says the car will make additional appearances in the future, but the company hasn’t said if OWL226 is for sale, let alone what its sticker price would be.