Each year, the auctions taking place during Monterey Car Week are the biggest indicator of what is happening in the classic car marketplace, especially at the sharp end of the hobby where collector cars trade for millions of dollars.

Again this year, there will be six sales taking place during Monterey Car Week, and so many cars have been consigned that RM Sotheby’s and Bonhams each has added an extra day, Bonhams auction at The Quail Lodge a two-day event and RM Sotheby’s in downtown Monterey spanning three days, starting with a Night with Aston Martin single-marque sale.

Another interesting development this year is that every auction on the peninsula has true top-tier cars ready for bidders. In fact, there are more truly significant cars being offered for sale than I’ve ever seen at Monterey Car Week.

So what does this all mean? Well, it could mean one of two things:

One is that collectors are either aging out of the market or have passed away and their collections are being sold off.

However, it also could mean that collectors are selling cars so they can use their money in other ways.

What I think is that it is a combination of those two that is taking place.

Regardless, for the potential buyer, what it means is that some very rare cars have become available for the first time in years and this presents an opportunity to buy something very special.

Note, however, that such an opportunity likely comes at a price. Records are going to be broken when it comes to paying for at least some of the truly top-tier cars. Nonetheless, there will be cars selling for prices that will delight the winning bidders.

Following is a look at each sales venue and a couple of its featured vehicles, listed in the order in which the bidding is scheduled to begin during Monterey Auction Week 2019: 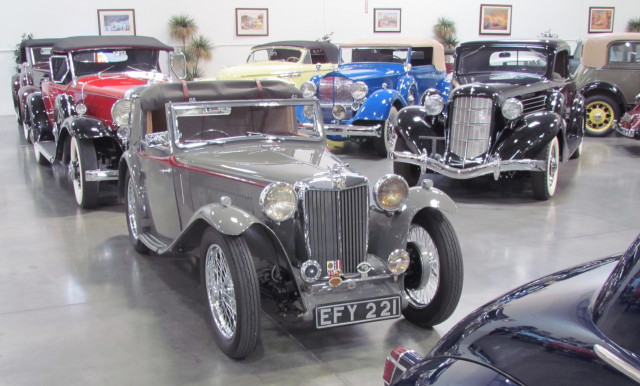 Mecum offers by far the most cars for sale during Monterey Car Week. It takes hours just to wander around through them all, but there are a number of gems that make that a worthwhile proposition. For example:

Allard is an up-and-coming marque with collectors and Mecum has a 1952 Allard J2 roadster, a car to buy now as people are starting to figure out just how important these cars are to the history of sports car racing. Talk about racing history, according to the auction house, this is the very Cadillac-powered Allard J2 that helped to launch Carroll Shelby’s racing career and may have inspired him to produce his Cobras.

Like Allard, Kurtis is emerging as Mecum has a 1954 Kurtis 500S roadster that is eligible for lots of driving events. Love or hate the styling, this car makes a definite statement, and appears ready to earn concours invitations.

Usually a one-day sale, Bonhams has enjoyed so many consignments its sale will take place August 15 and 16. Cars include:

A 1953 Fiat 8V Supersonic, which I consider the most fantastic cars Fiat ever built. The styling is Jetsons like and the V8 engines are sweethearts. But expect to play close to $2 million for such a sweetheart package.

A 1959 Porsche RSK center-seat Spyder that is one of only a handful of these rare Porsche racing cars. How much might it cost? So much that Bonhams doesn’t publish a pre-sale estimated value.

Worldwide Auctioneers is a relative newcomer to Monterey Car Week, returning for its third sale at a seaside setting at a point on the peninsula.

Two cars that caught my attention in the catalog are a 1955 Alfa Romeo 1900C SS by Touring, a car that should drive just as stunningly as it looks, and, for fans of the old Mannix television detective series, the 1967 Oldsmobile Toronado roadster created by George Barris and driven by series star Mike Connors. The car is offered in unrestored condition and includes the original rotary-dial telephone.

Russo and Steele stages its sales “in the round” like popular summer stock theater or a one-ring circus, and the action can be entertaining, to say the least.

The docket includes not only a 1952 Tojero Barchetta sports racer, a car that inspired the AC Ace and therefore the Shelby Cobra, but a 1965 Shelby 289 Cobra with factory rack-and-pinion steering. The auction house expects around $250,000 for the Tojero and more than $1 million for the Cobra.

More record prices are paid at RM Sothebys Monterey sale than at any of the other auction venues. This year, bidders will have three days of opportunities to extend the record-setting prices, because the sale begins August 15 with a single-marque sale of Aston Martin vehicles before the typical (if you can apply that word to the RM Sotheby’s docket) two-day auction.

Speaking of Aston Martin, one of the cars on offer is the 1965 Aston Martin DB5 “Bond Car.” No, not the one used in the film but one with all the gadgets used for promotional purposes for the Bond, James Bond movies. My guess is a sales price of more than $5 million.

Another featured car is a 1939 Porsche Type 64 streamliner, the only surviving Type 64 and likely the most valuable Porsche in history. My guess is that it will sell for around $18 million. 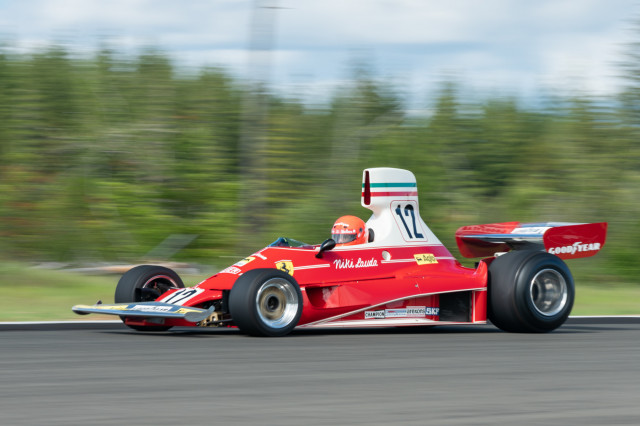 Niki Lauda drove this Ferrari to the Formula One championship in 1975 | Gooding & Co. photo by Mike

Like RM Sotheby’s, record prices often are recorded at Gooding & Company’s Pebble Beach auction. Among the featured cars this year are:

A 1975 Ferrari 312T, the Formula One racing car that was driven during his 1975 championship season by Niki Lauda. Lauda put it on the pole in all five of his starts in the car. The car’s $6 million to $8 million pre-sale estimate does not seem at all crazy to me.

A 1953 Alfa Romeo 6C 3000 CM Superflow IV that for the last 40 years has been owned by the same collector and thus figures to be a once-in-a-lifetime buying opportunity. This may be the msot significant post-war Alfa 6C.