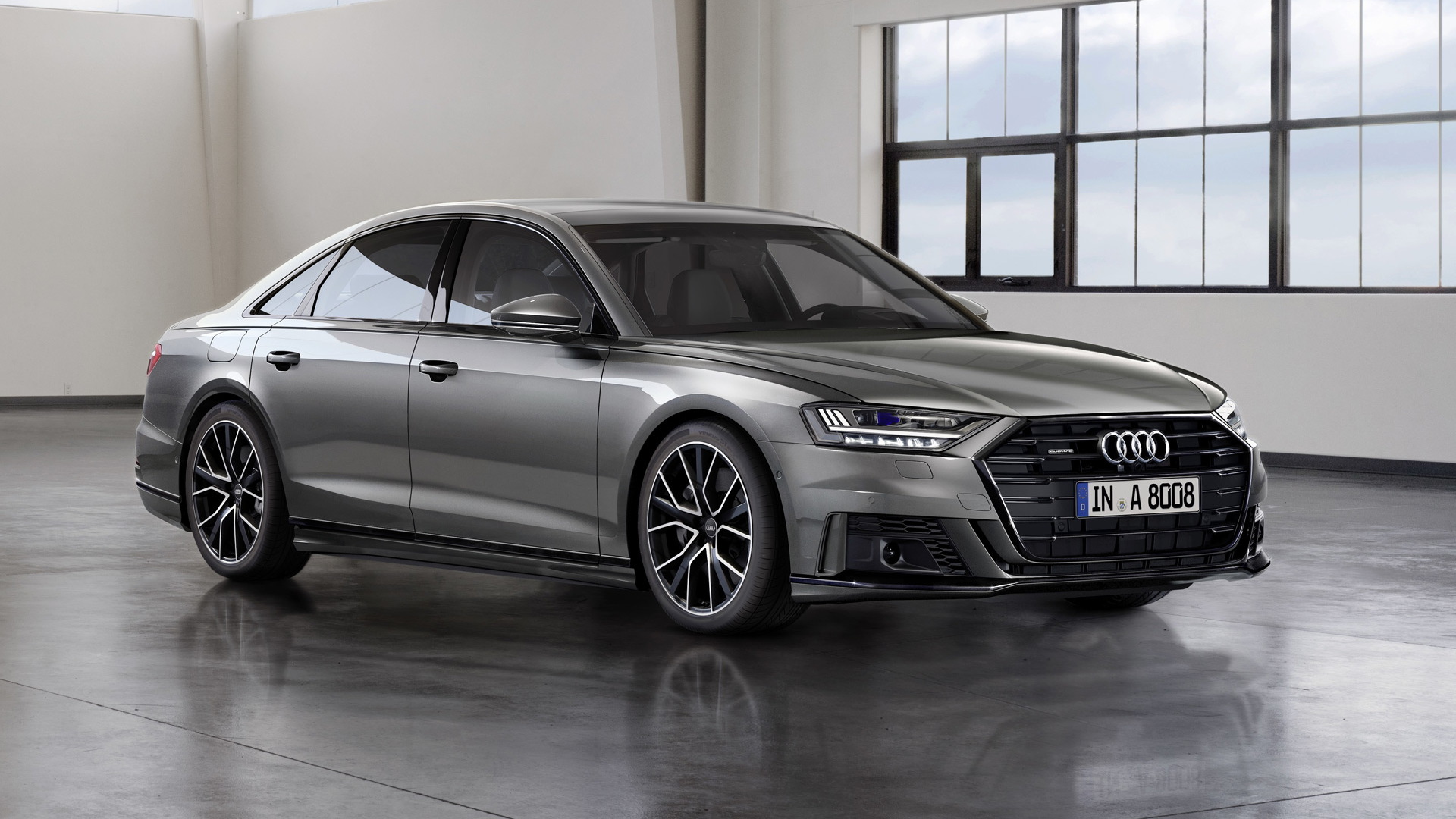 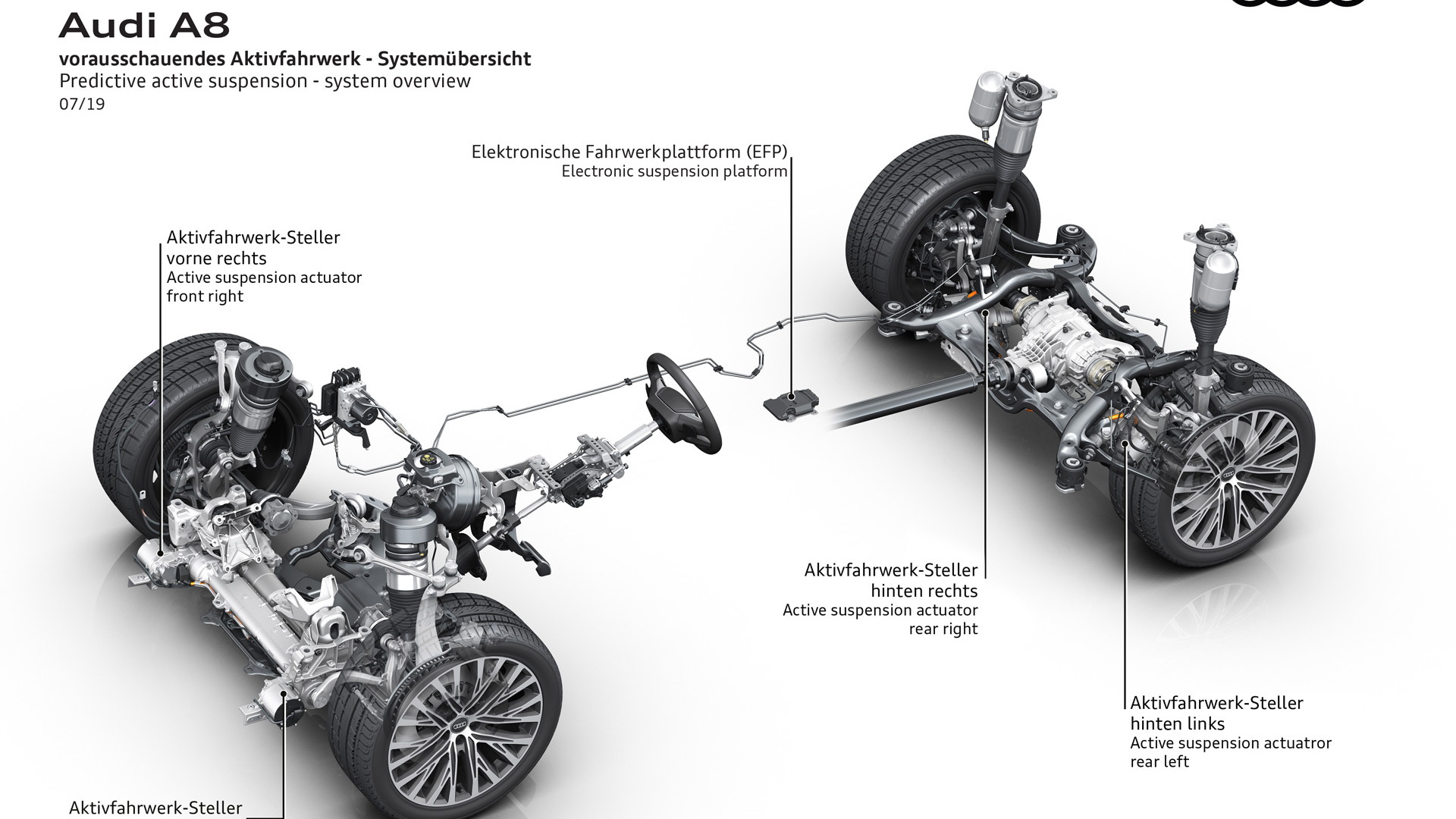 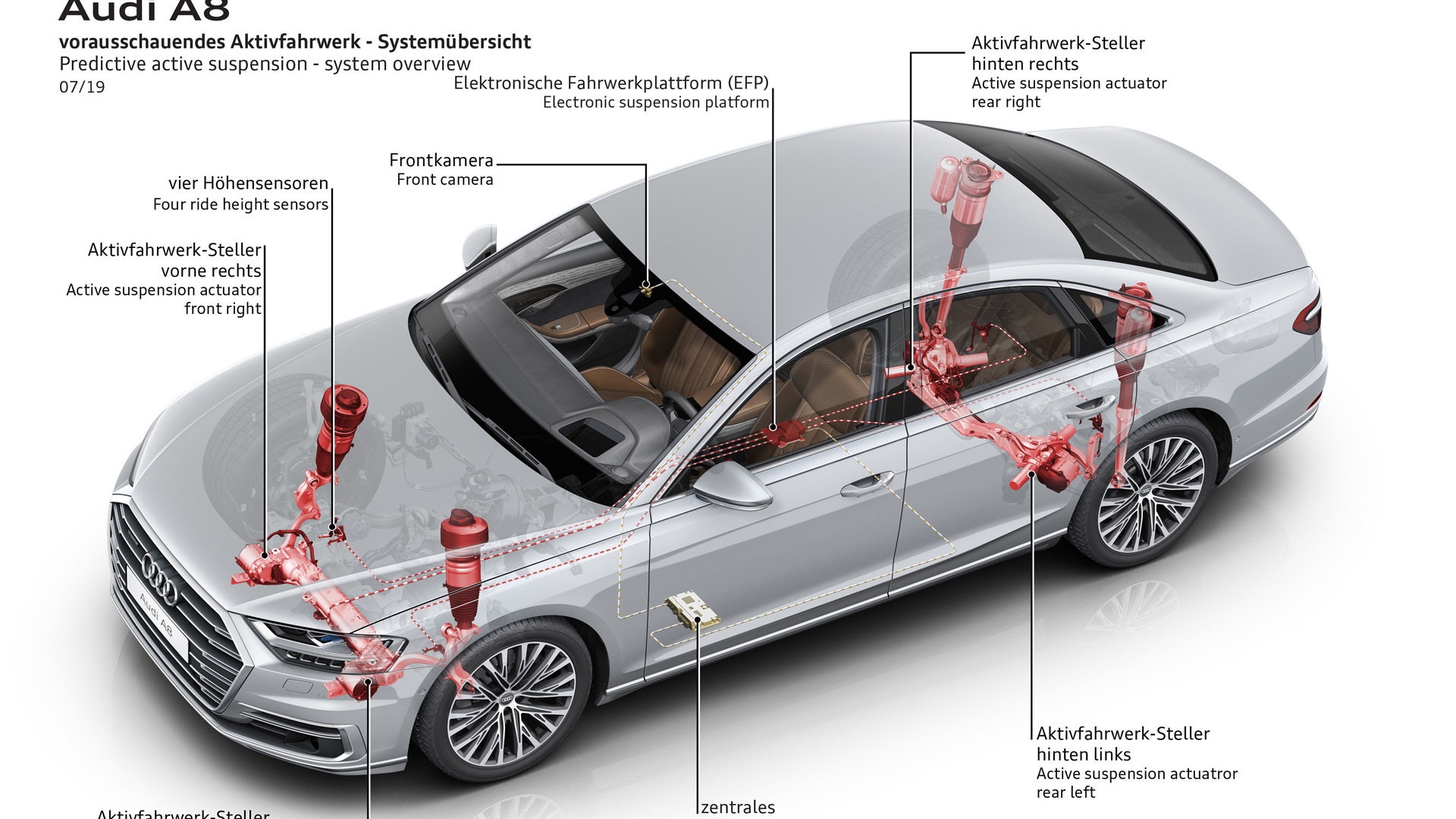 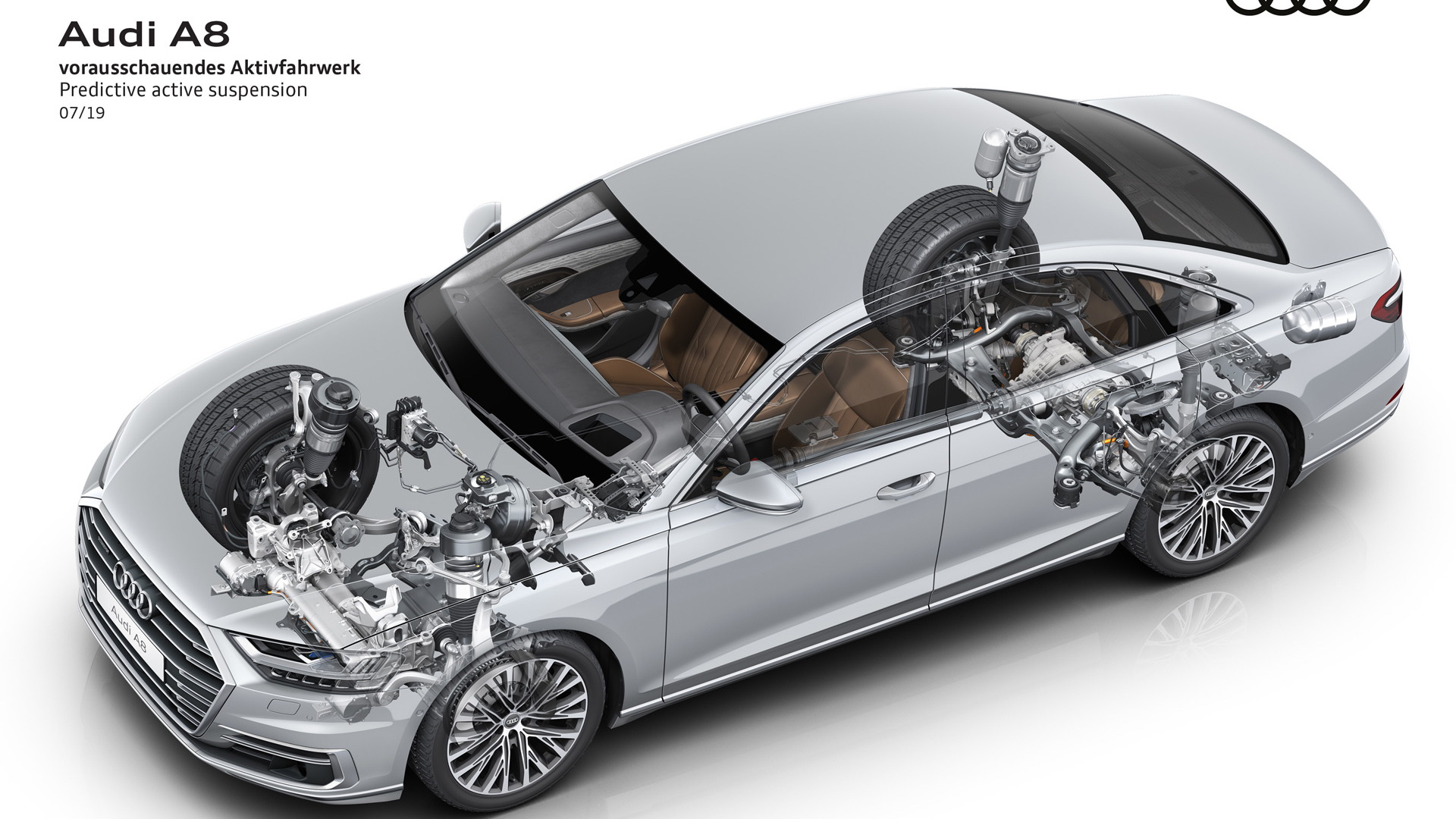 Audi recently revealed a 2020 S8 boasting a predictive active suspension system. The good news for potential A8 buyers is that the technology will be offered across the A8 range from 2020.

Predictive suspension systems aren't new and have been used by other automakers for several years. However, the version in the A8 is unique in that it can be used to help soften the severity of side-impact crashes, but more on this later.

The active suspension relies on a forward-facing camera that scans the road ahead 18 times per second and then individually adjusts the damping force at each wheel to suit. Enabled by a 48-volt electrical system, the suspension's network of electric actuators and air springs is able to vary ride height and thus minimize dive under braking, squat under acceleration, and body roll in corners.

The driver can adjust the severity of the system via the vehicle's drive mode selector. In the softest setting, the system can lift or lower the body by up to 3.3 inches from its central position at all four corners within half a second, allowing the car to lean into curves up to 3 degrees. Naturally, in sportier settings there will be less movement of the body.

Now, in the area of safety, a second, 360-degree camera system can detect if the car is going to be hit from the side. If it is, the active suspension raises the corresponding side of the car so that the impact is more fully absorbed by the lower platform of the car at rocker panel height, rather than mid-door. This helps dissipate energy more directly into the car's major structure and also minimizes intrusion into the passenger area, thus making occupants safer.

The electricity to power the system is generated by the mild-hybrid system fitted as standard in the latest A8. And very little electricity is actually used. According to Audi, the average power consumption is in the range of just 10 to 200 watts, which is much less than that of comparable hydraulic systems.