Chevrolet is set to reveal its C8 Corvette on July 18 at an invitation-only event in Orange County, California, but fans who missed out on an invite won't have to wait very long to get their own personal look at the car.

The Bowtie brand has confirmed that the new Corvette will make an appearance at the 2019 Concours d’Elegance of America, which takes place at the end of July in Plymouth, Michigan.

Chevy will host a seminar, tickets for which can be purchased here, at which General Motors design chief Michael Simcoe and former Corvette design chief Tom Peters will be presenting. They will be there talk about the design of the new Corvette, including the opportunities and challenges presented by moving to a mid-engine platform.

The seminar is scheduled for the morning of July 27 and will take place at the Inn at St. John’s in Plymouth, and naturally the new Corvette will be present. 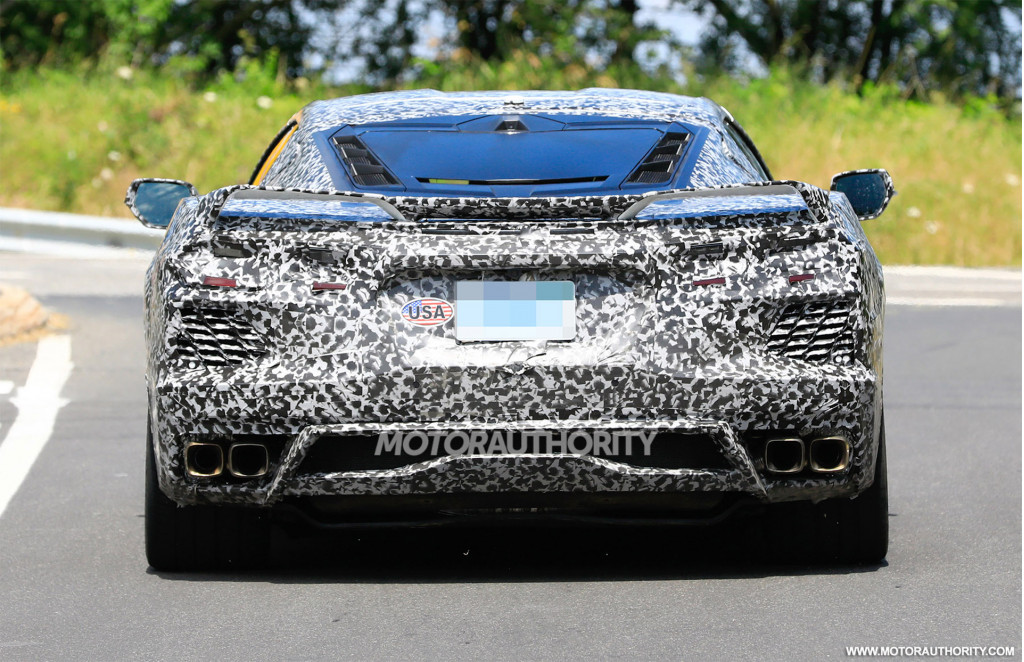 Fortunately, even if you miss out on the seminar, the car will be present the following day during the concours, a GM spokesman has confirmed to Car and Driver.

We have to imagine Chevy will introduce the new Corvette in its base guise, which may end up adopting the Stingray name of the base C7 Corvette. We've speculated the engine mounted in this model will be an upgraded version of the LT1 6.2-liter V-8 found in the C7 Corvette Stingray. The LT1 makes 455 horsepower as it stands today. What kind of power bump the engine may receive is unclear, but past rumors indicated an extra 45 hp for a total of 500 hp.

Other floated engines include a 5.5-liter DOHC flat-plane crank V-8 with 600 hp and a twin-turbo version of the rumored 5.5-liter V-8 with as much as 800 hp for more potent models like a future Grand Sport and Z06. Atop the rumored powertrain lineup is supposedly a hybrid setup with 1,000 hp and all-wheel drive. Don't be surprised if the hybrid ends up filling the flagship ZR1 role but under the new name Zora, as a nod to legendary Corvette engineer Zora Arkus-Duntov, who was a long proponent of the mid-engine layout.

For anyone keen on purchasing the car, the new Corvette is expected to land at dealerships later this year as a 2020 model.