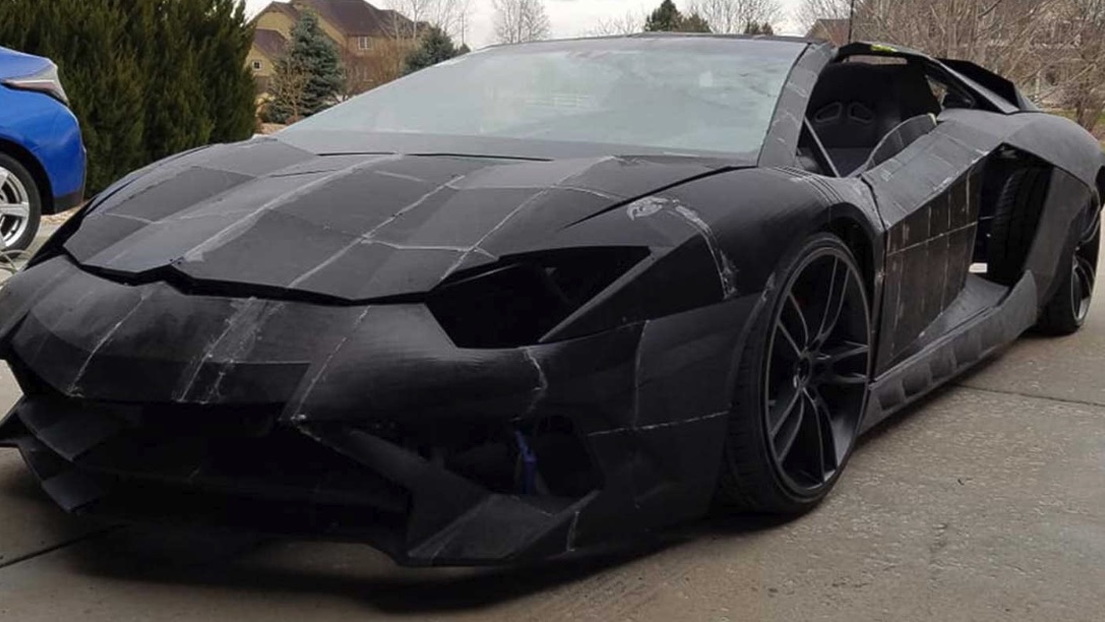 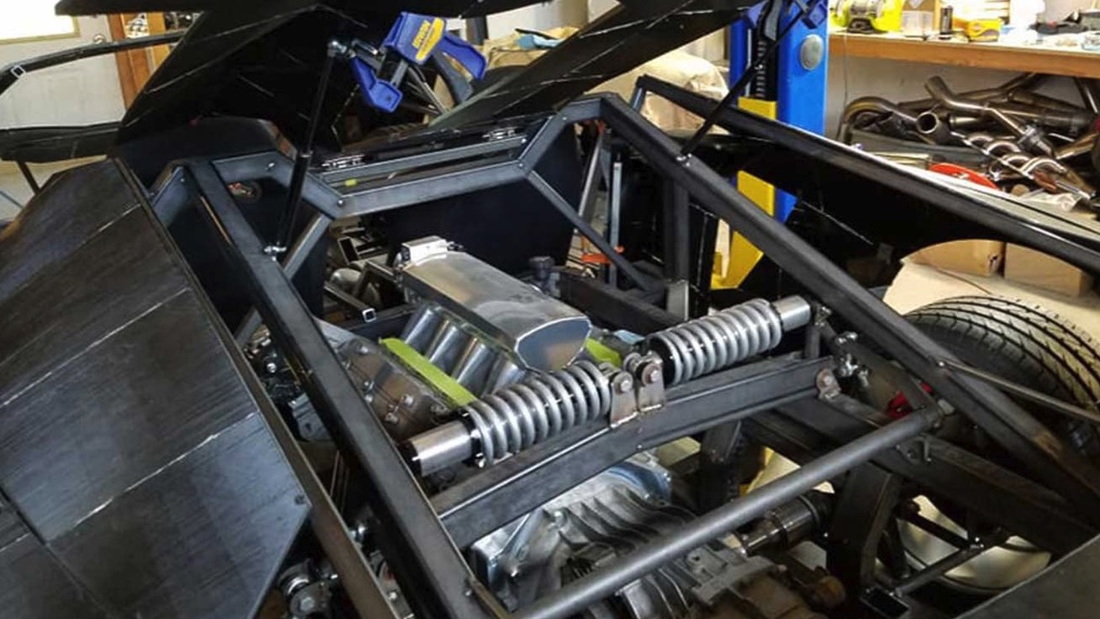 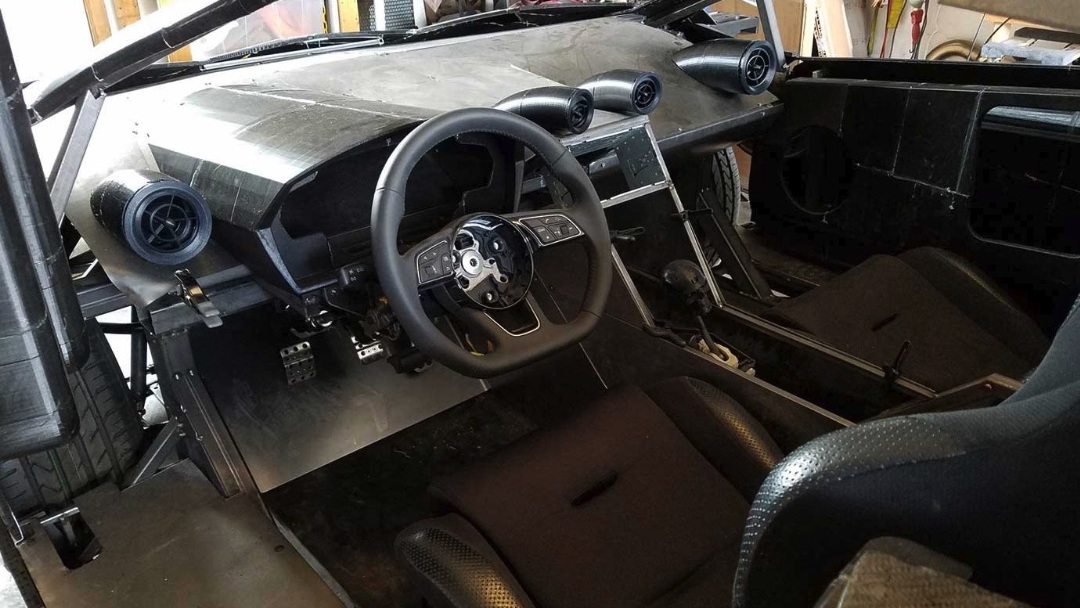 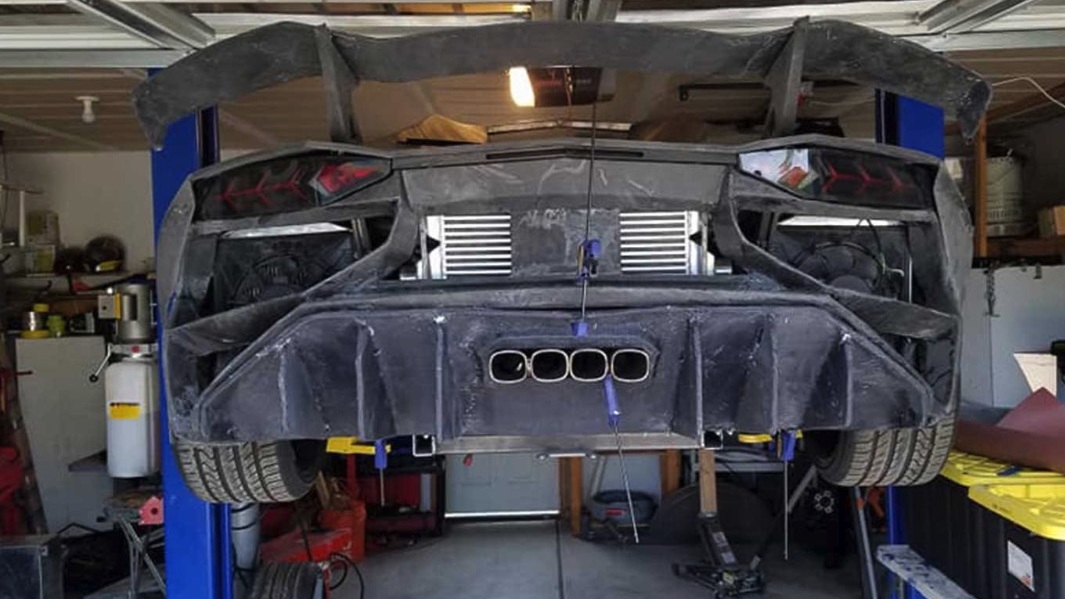 We've all been there as children, staring at dream cars pinned to bedroom walls. Dr. Sterling Backus' son was no different, though he fell in love with the Lamborghini Aventador while playing "Forza Horizon 3," a video game for the Xbox One.

Backus' son asked his dad if it was possible to build one. Soon, they were doing just that, Motor reported. Rather than actually start building their own supercar from a steel buck, Dr. Backus, a physicist, wanted to try his hand at 3D printing one. He told the website he's never 3D printed anything before, but that didn't stop him. Since he was new to the process, he purchased 3D printers on Amazon and designed small panels in a 3D software imaging program. From there, he printed parts piece by piece to create large components.

A vent here, a door there. Pun intended.

He said to make sure it doesn't look like the pieces aren't cobbled together, he assembles them together and wraps them in carbon-fiber Kevlar. For this, he went to YouTube to understand how to vacuum encapsulate it all and how to use store-bought tools to get the job done. Hilariously, Backus said he's "kind of winging it." It doesn't sound like he is, as the build is mighty convincing so far.

Under the panels is a tubular steel chassis, a 2003 Corvette engine, and an inverted Porsche 911 transaxle. As for some of the finer details, it was too costly to source them. Thus, there are some second-hand Lamborghini components, some Audi parts, and other doo-dads, but the 3D printer was able to mimic some of the most notable Aventador features, such as the rear diffuser.

The build isn't complete yet, but Backus reckons the project will cost $29,000 when all is said and done. That's the price of a pretty well-equipped new car, but a fraction of what a new Aventador costs. We have a feeling Backus has earned another title alongside doctor: dad of the century.