Porsche customers won't need to be held back by factory colors with the launch of Second Skin.

The new service, which the brand revealed on Wednesday, allows customers to customize their own livery for a 911, 718 Cayman, and 718 Boxster.

While Porsche imagines the service to be rather expansive in the future, to start, the options are limited to Track, Classic, and Stripes & Pixels. More options will continue to launch as Porsche works with more artists, design studios, foil providers and vinyl paint manufacturers, it said. 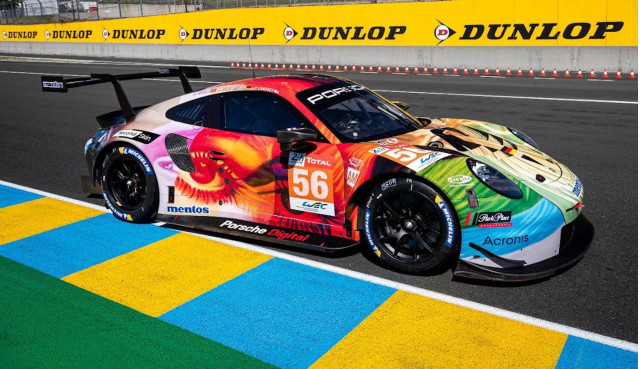 To show off the potential for the service, Porsche worked with artist Richard Phillips on a unique livery for the 911 RSR race car competing this weekend in the 2019 24 Hours of Le Mans. Phillips, a pop artist, took three of his works and combined them into a single livery for the race car. We have to admit, it's pretty awesome. Fans that watched the race this weekend saw the car and its bright colors duke it out on the track.

Good guy Porshe won't keep the service in-house, though. Other manufacturers will be able to design liveries for their cars and then apply them through the platform. The company didn't name any other brands that may opt into the service, but plenty of other cars would look mighty good with the Martini racing colors splashed over it. Not only can other brands design liveries, but Porsche will make available factory Porsche colors for other cars. Some of the colors were also previously unavailable on particular Porsche models.