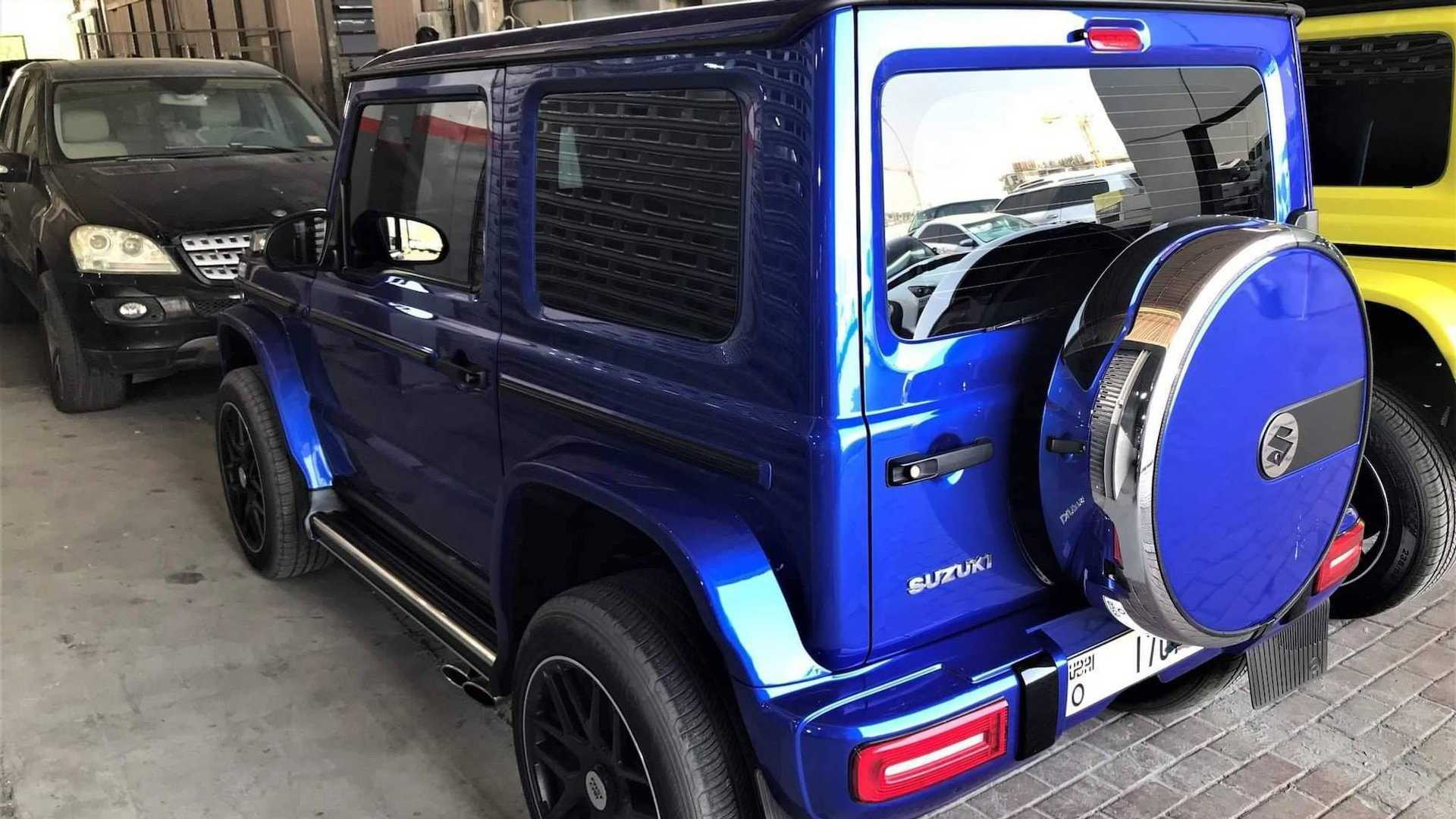 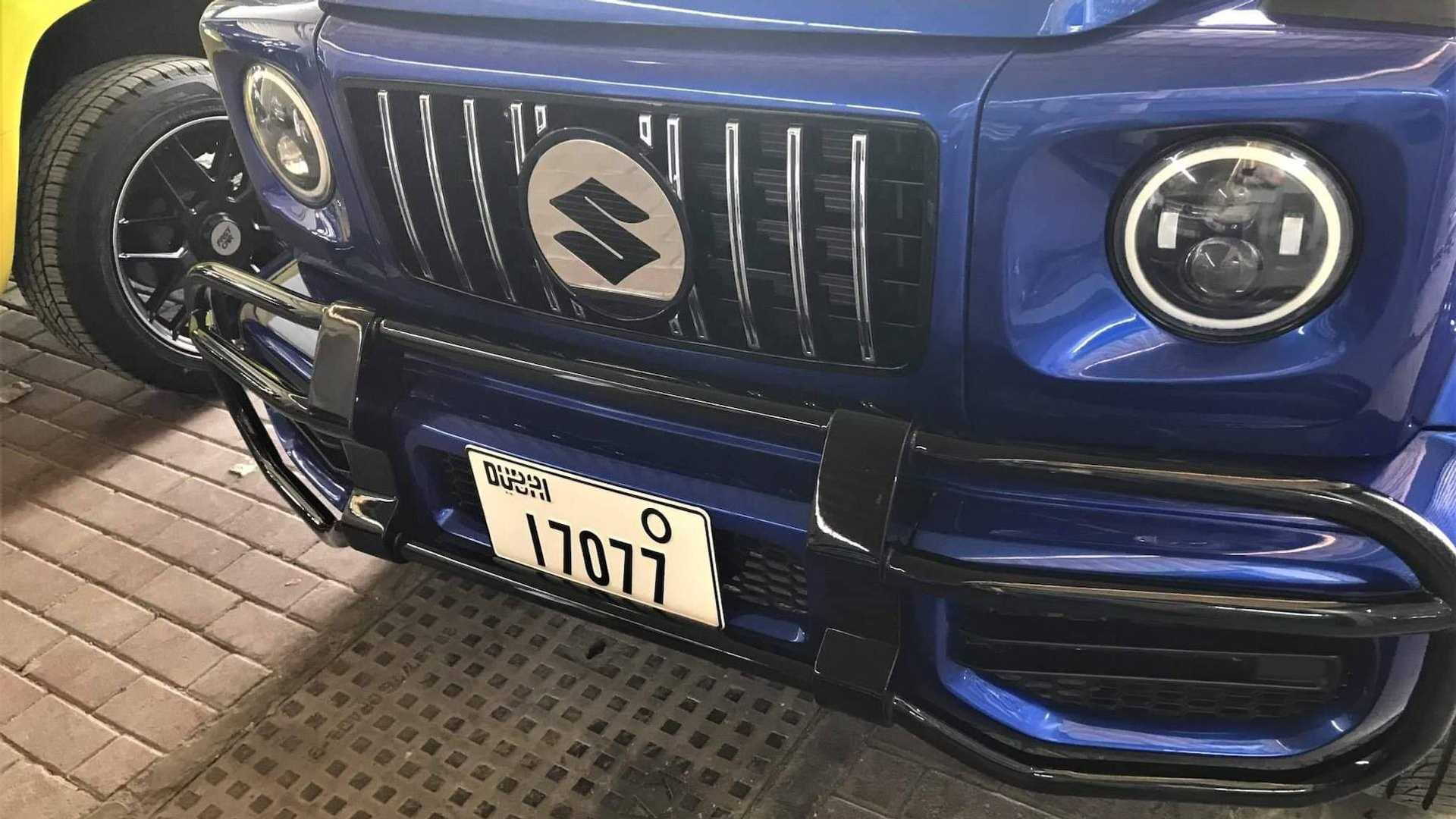 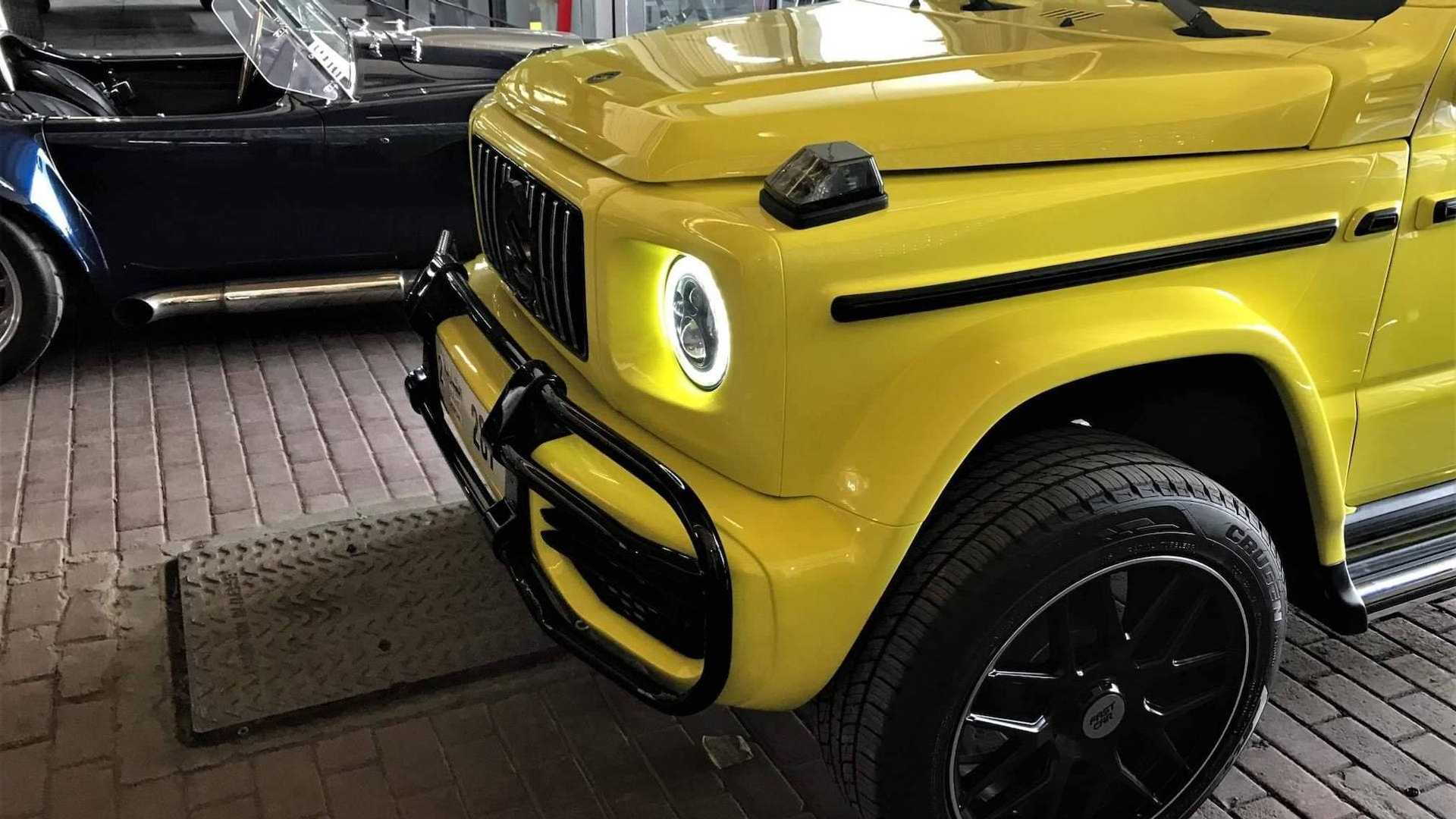 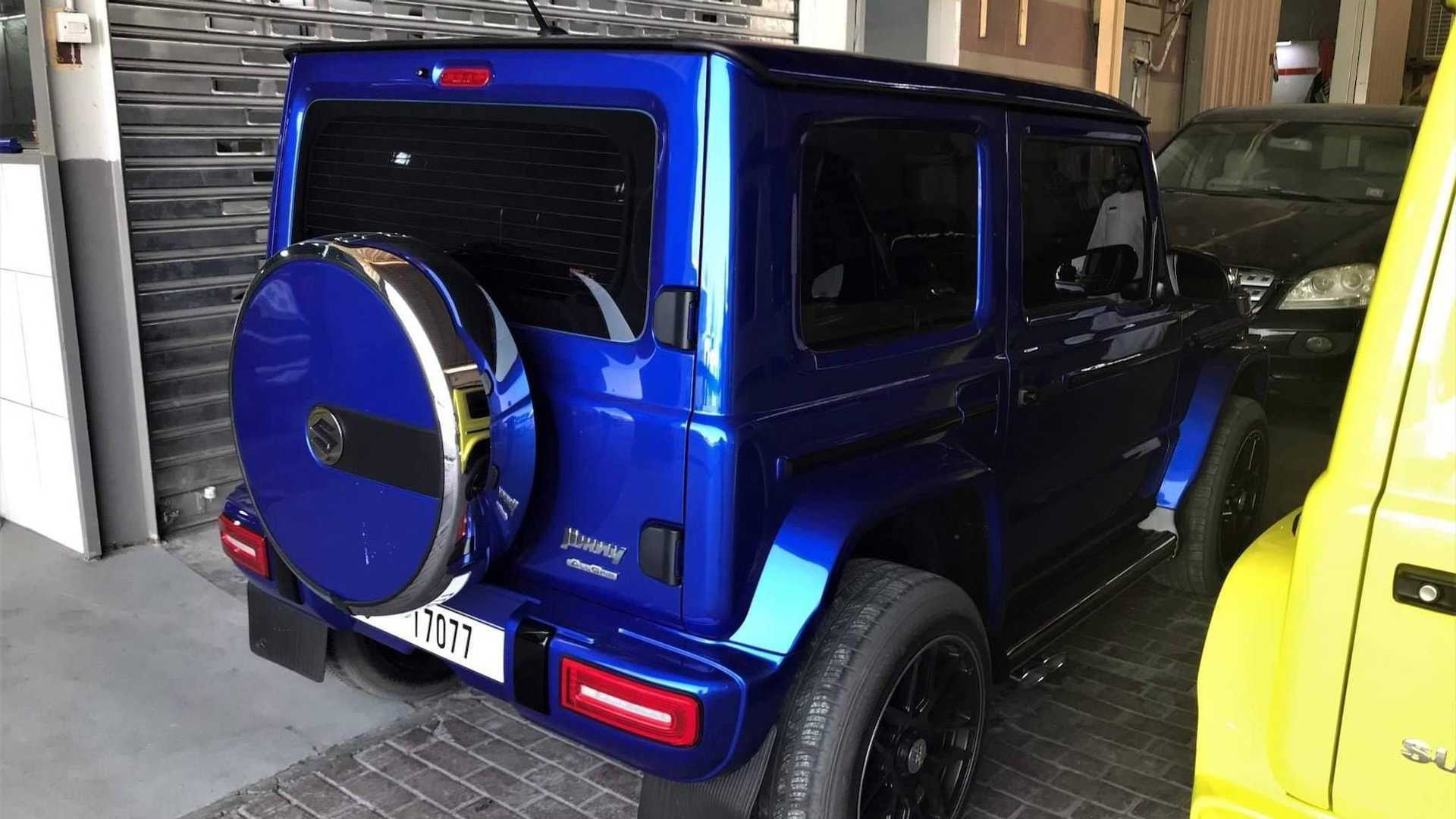 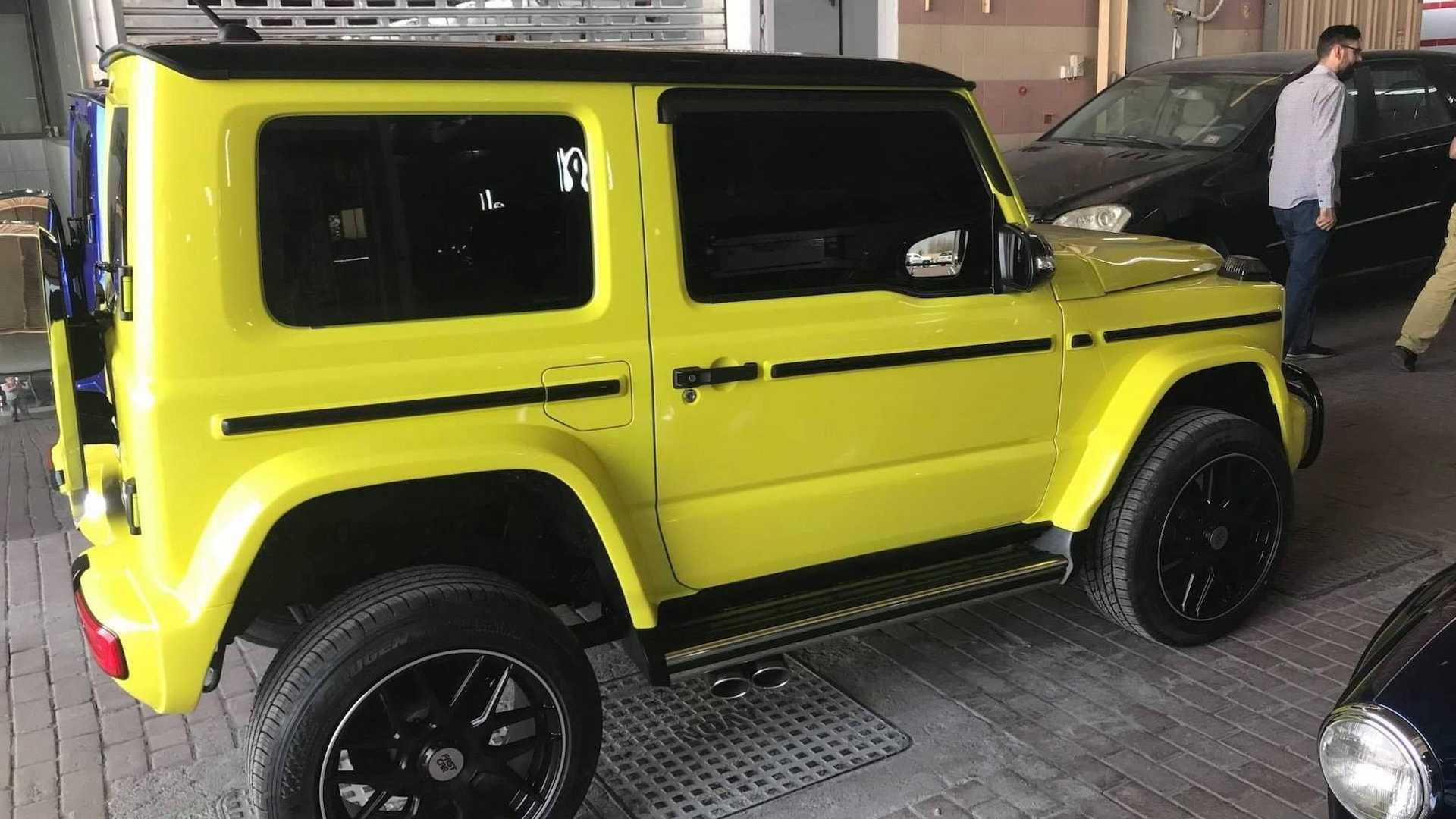 The Suzuki Jimny, everyone's favorite off-road SUV not sold in America, has undergone a transformation in China. If it looks familiar, your eyes are not mistaken.

Motor 1 reported Saturday that this Mercedes-Benz G-Class conversion kit comes from an unknown Chinese builder. The photos surfaced on GTBoard.com and depict a miniature in the G-Class. We have to admit, the resemblance is uncanny. The front boasts the same grille with vertical slats, round LED lights span the headlights, and there's even a bull bar to replicate the iconic German off-road SUV. The standard Jimny already profiles a lot like the G-Class, but this kit makes it a shrunken carbon-copy.

The Suzuki emblems are still displayed prominently throughout. The front gets a massive "S" badge, and the rear sports the Suzuki logo on its body-color-matching tire cover. We also note different taillights to mimic the Mercedes-Benz better. Hell, there are even twin exhaust pipes exiting on the side to mimic the hotter G63 SUV from Mercedes-AMG.

Although the Mercedes comparisons are inevitable for the standard car, its design is actually meant to recall the original Jimny introduced in the 1970s. The first-generation SUV also debuted a boxy profile with road headlights.

We don't know if this anonymous Chinese firm has done anything to the Jimny's cockpit, but the standard gear hardly cuts it as a Mercedes-Benz. While we like the utilitarian look of the standard interior, it's no match for the G-Class that costs tens of thousands of dollars more.

In the end, this is all a "look but don't touch" ordeal. Suzuki dropped out of the U.S. in 2012 and there are no plans to sell the Jimny here. All in all, that's one big bummer.