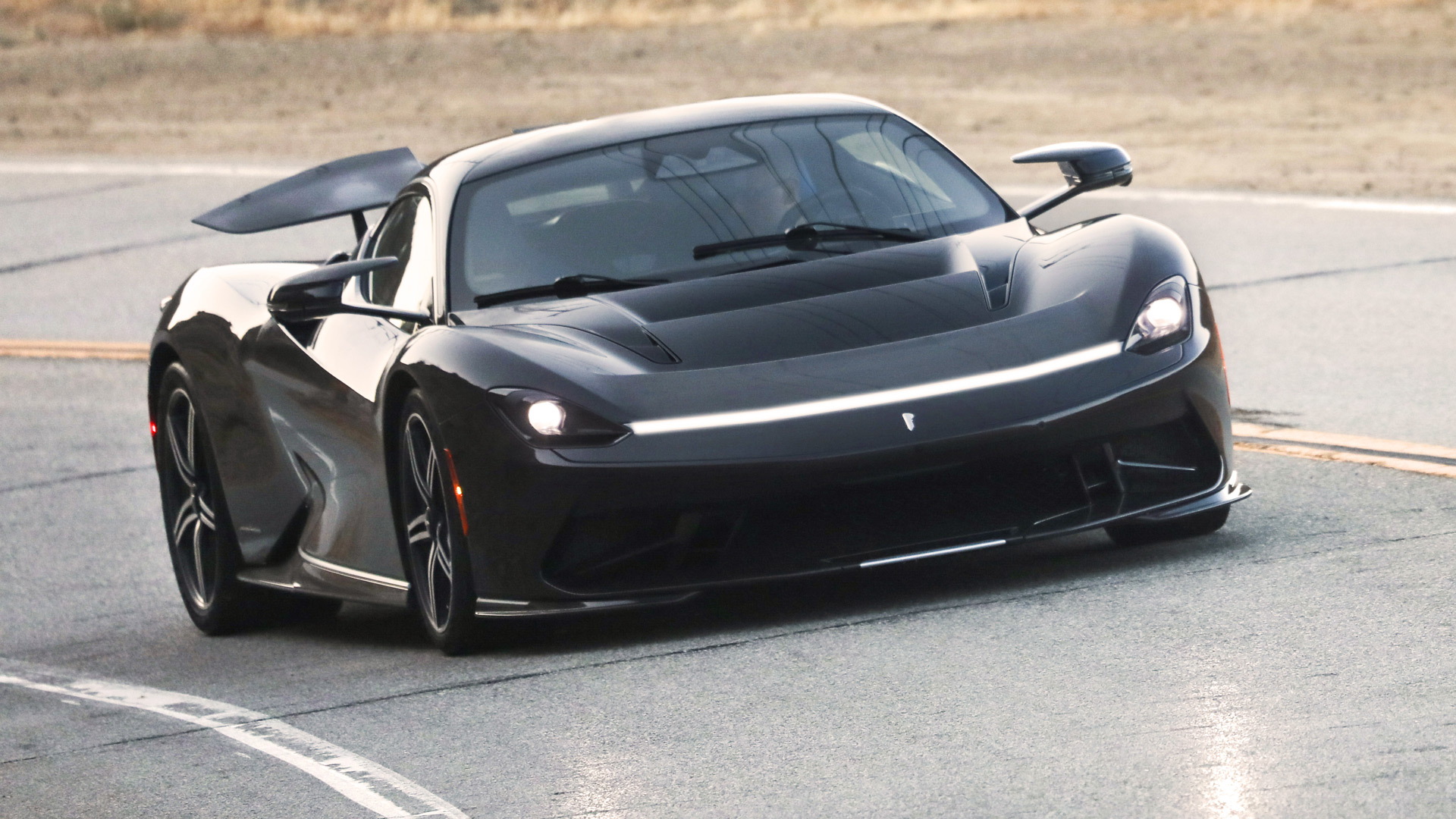 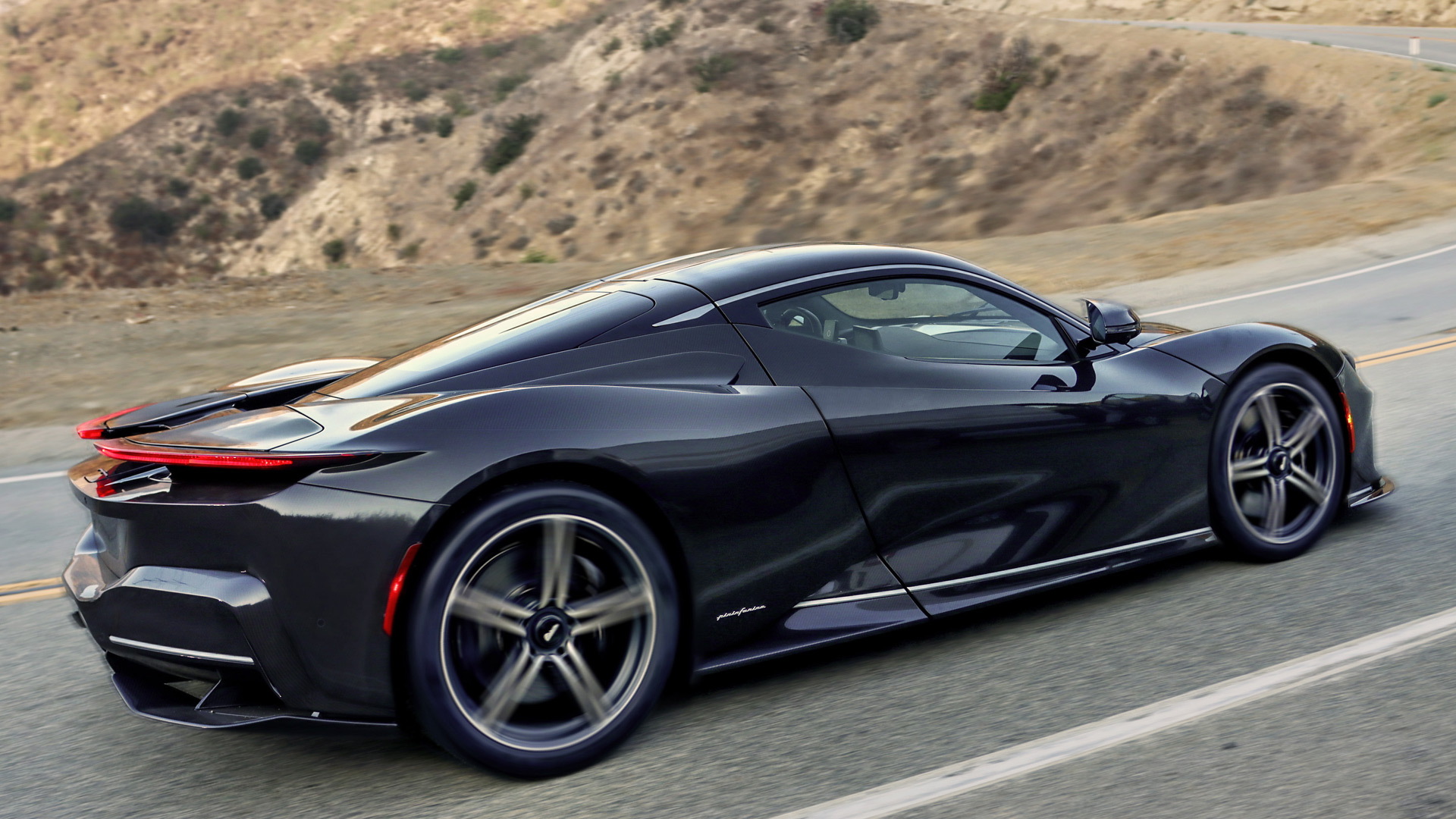 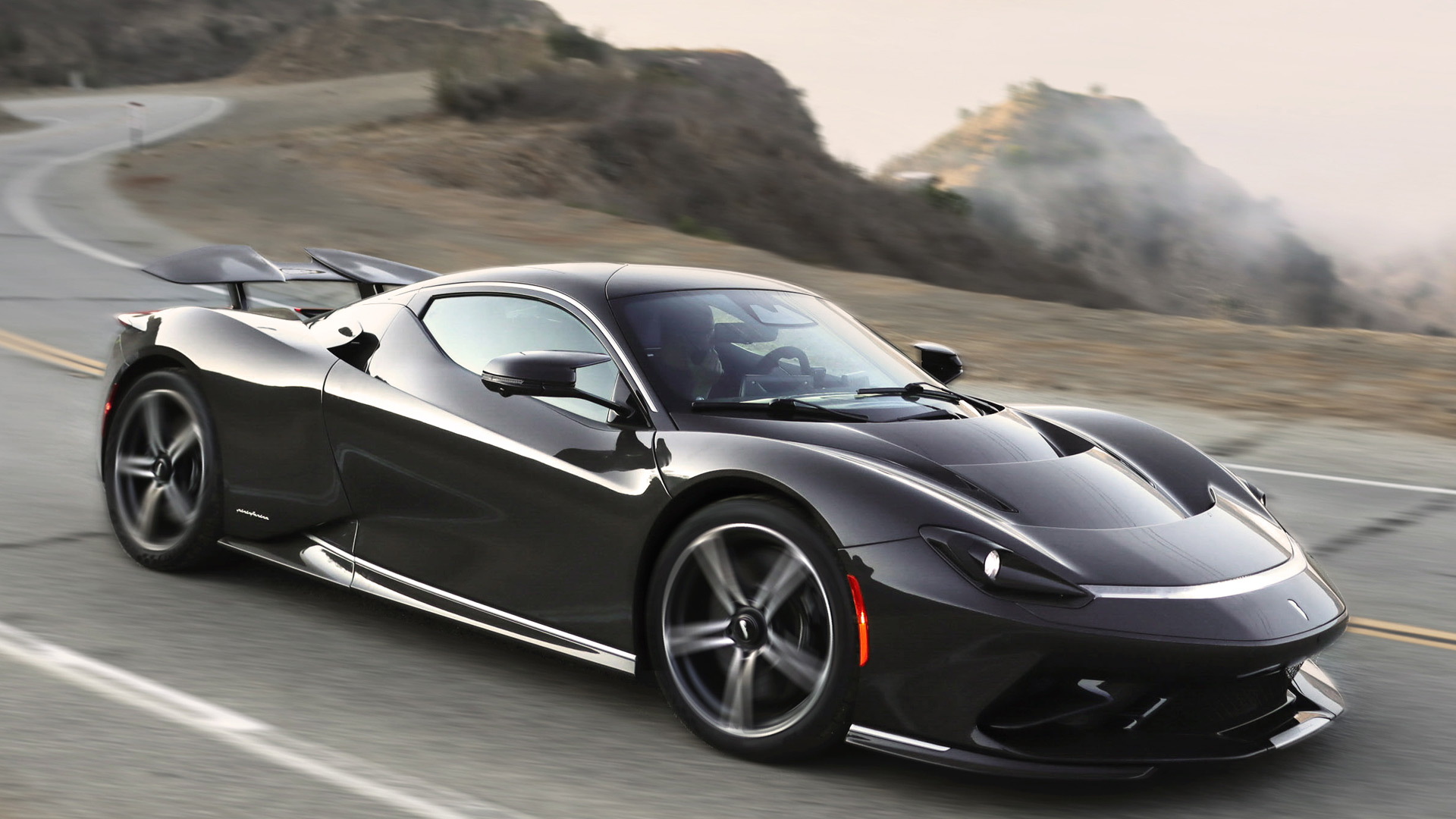 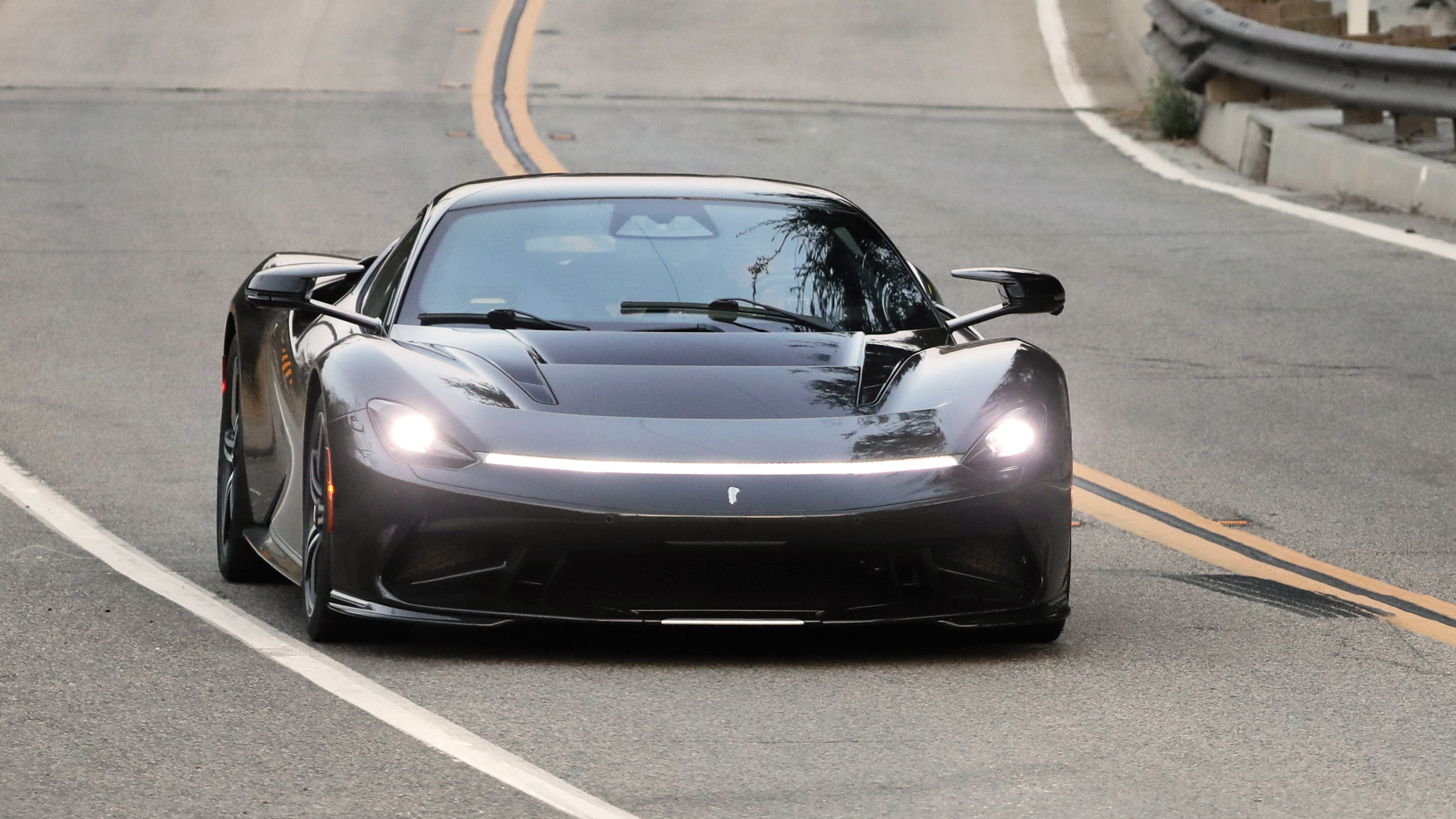 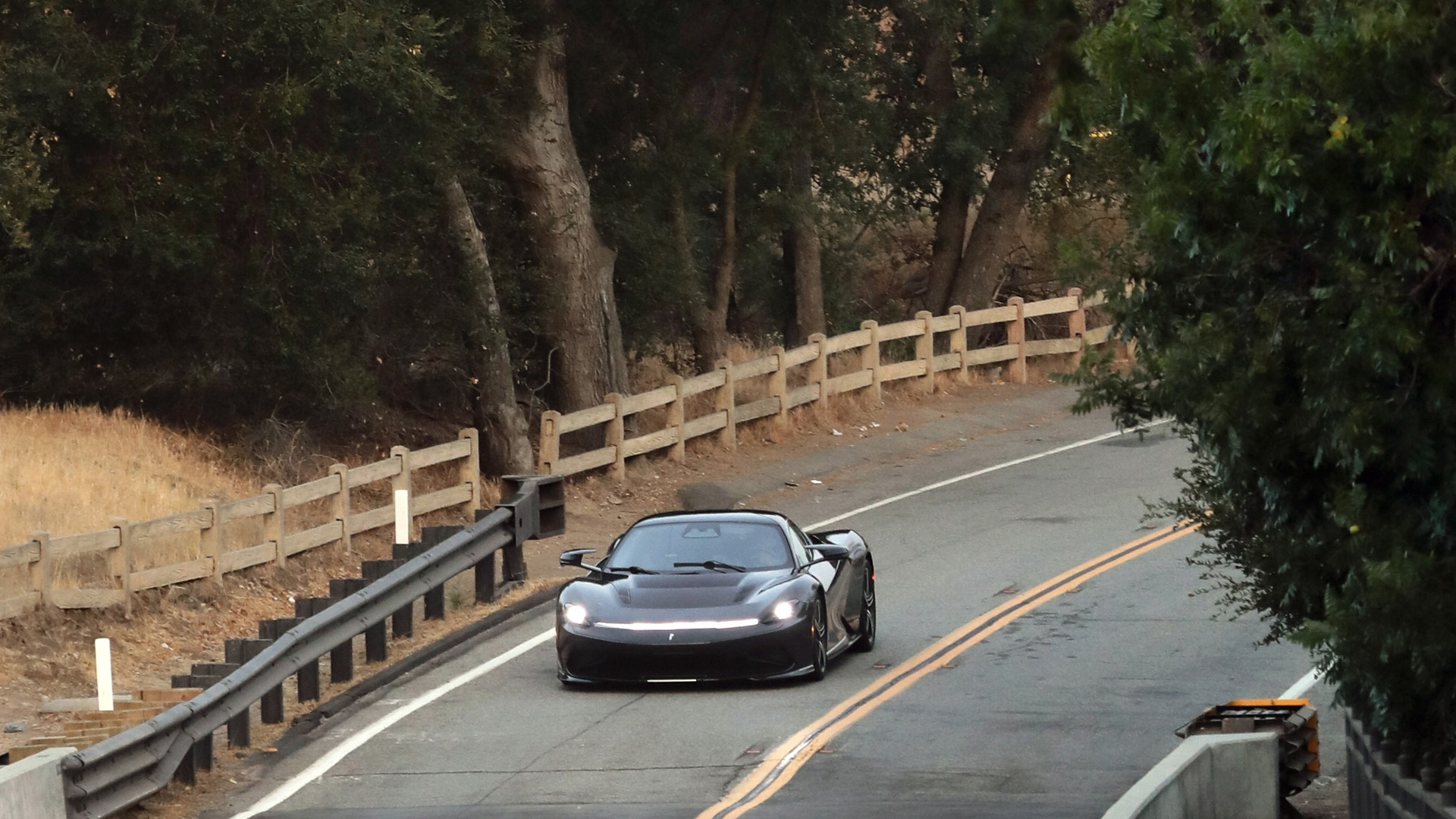 Pininfarina's Battista is nearing the end of its long journey toward production.

The electric hypercar was first shown as a prototype at the 2019 Geneva International Motor Show and at 2021 Monterey Car Week currently underway in California, Pininfarina rolled out a production-ready example for the first time.

It isn't just a static model, though. Pininfarina is showcasing the car to customers on the roads near Monterey, allowing them to hear for the first time the distinct sound crafted for it. The sound, which can be heard from inside and outside the car, has a core frequency of 54 Hz, which according to Pininfarina is an an organic frequency that is a multiple of 432 Hz, known as “Verdi’s A,” conceived by famous Italian composer Giuseppe Verdi.

The car, built at Pininfarina's headquarters in Cambiano, Italy, features a body in exposed carbon fiber, an interior with blue accents, and wheels finished in black gloss. It's meant to be a bit of a showcase of what's possible via Pininfarina's personalization program.

The production-ready example will be present on Thursday at The Quail, A Motorsports Gathering. It will also be on show on Sunday at the Pebble Beach Concours d’Elegance. In both cases it will be joined by the previously revealed Battista Anniversario, of which just five examples are destined to be built. The special edition was revealed in prototype form last year to mark the 90th anniversary of the founding of Pininfarina as a design company. Pininfarina will also have many of the cars it has designed over the years on its stand.

Pininfarina will build 150 examples of the Battista all up, and there are still build slots available for anyone who can afford the $2.2 million sticker price. Currently in North America, there are dealerships in Dallas, Denver, Los Angeles, Miami, New York City, San Francisco, and Vancouver. Deliveries are expected to start later in 2021.

The Battista features an 1,877-hp powertrain from Rimac, which is using a similar setup for its rival Nevera electric hypercar. It comprises four electric motors and a 120-kilowatt-hour, T-shaped battery to deliver 1,696 lb-ft of torque and a 0-60 mph time in less than 2.0 seconds. With a motor for each wheel, pinpoint torque vectoring will be possible. The suspension consists of double wishbones front and rear, with conventional dampers, springs, and anti-roll bars, and there are five drive modes to adjust aspects like comfort, sportiness, and range.