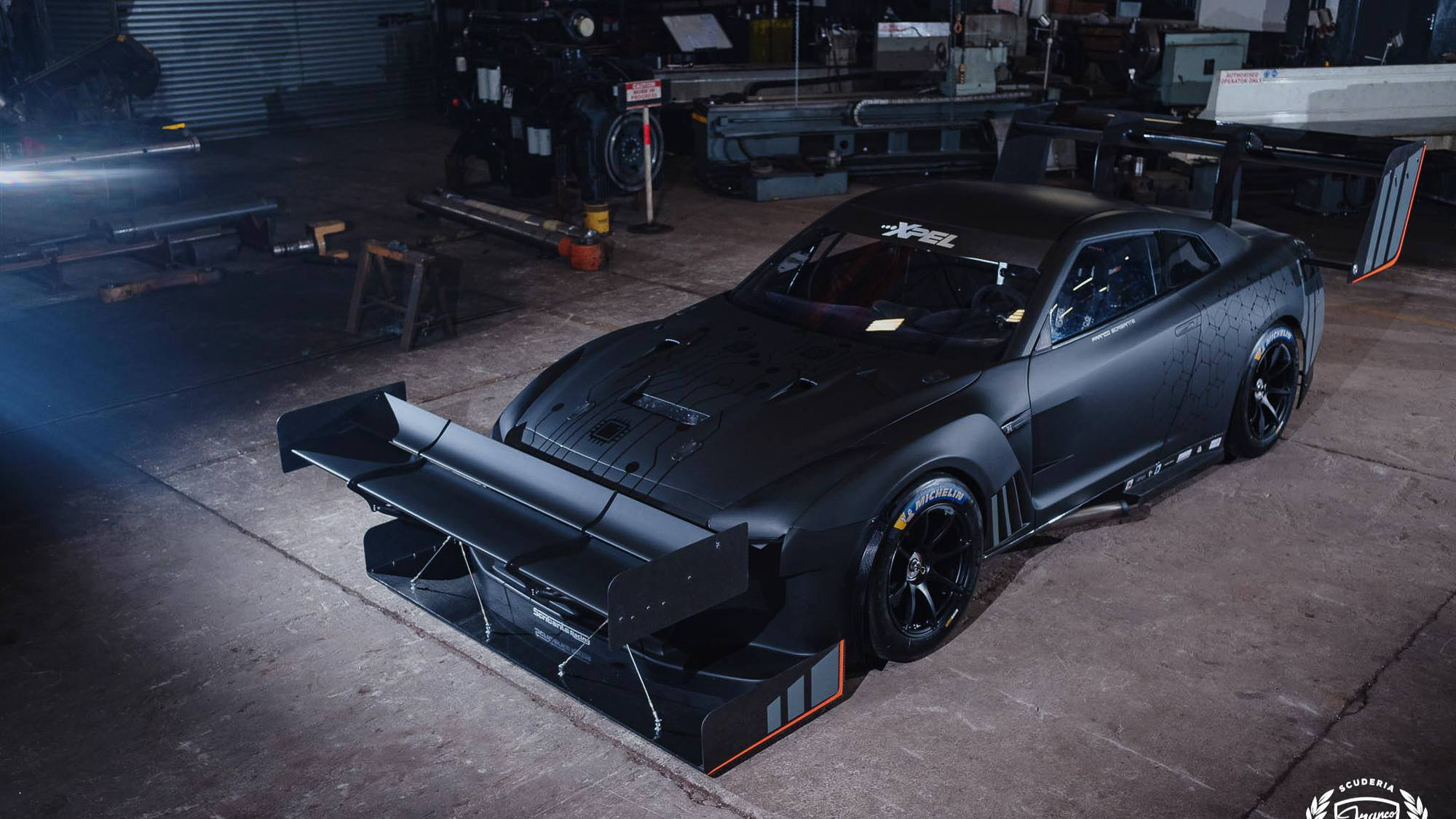 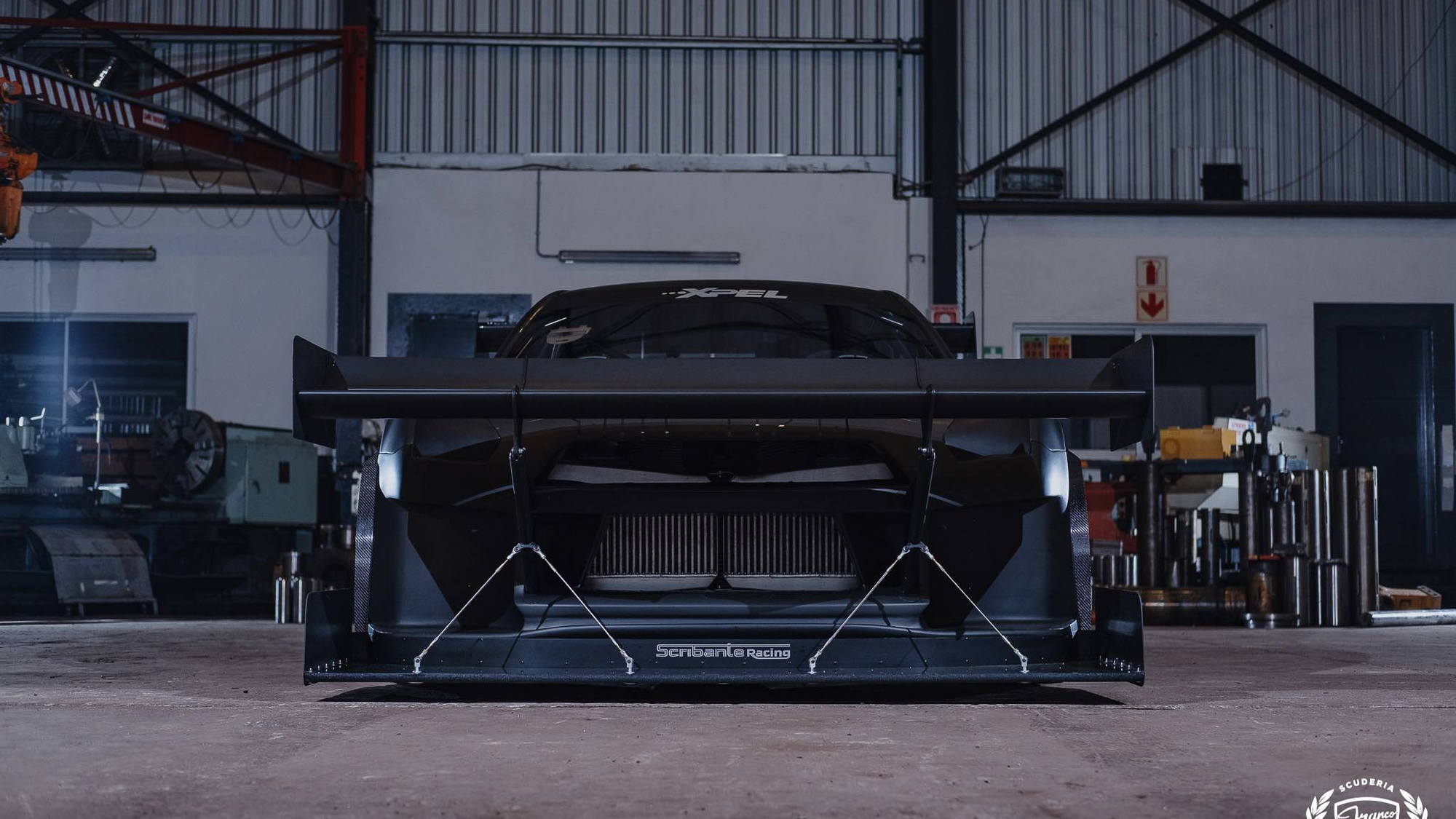 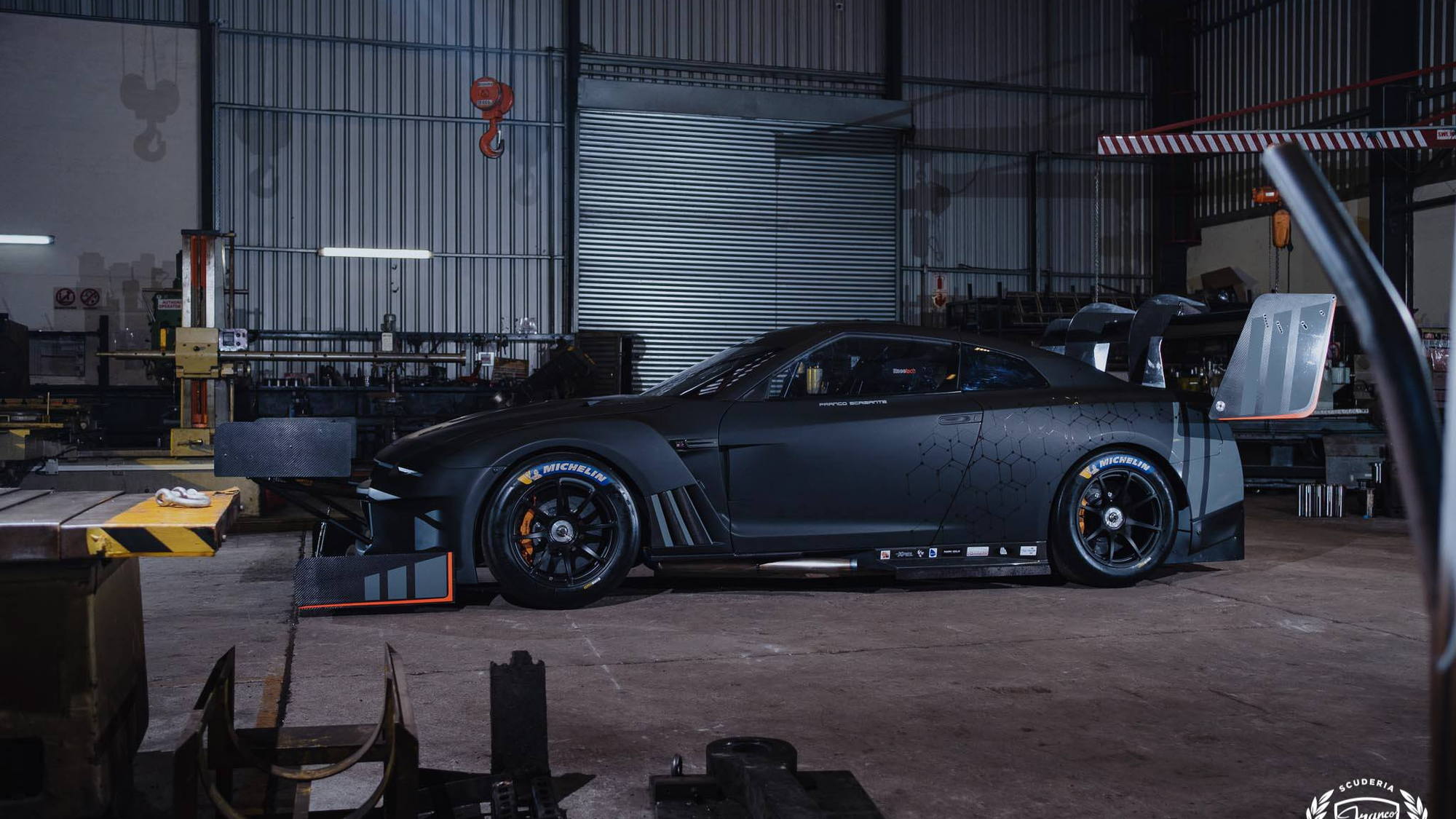 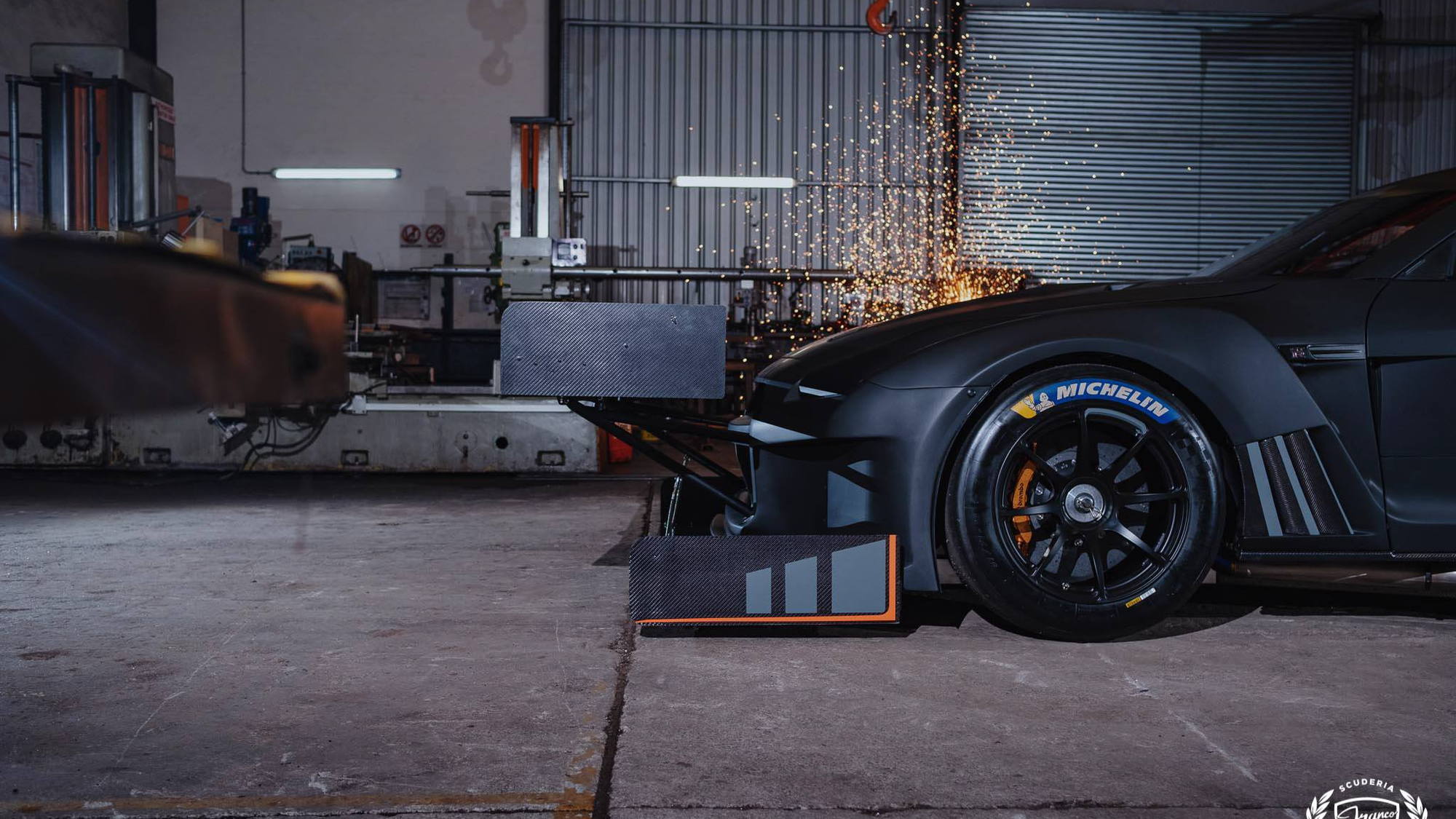 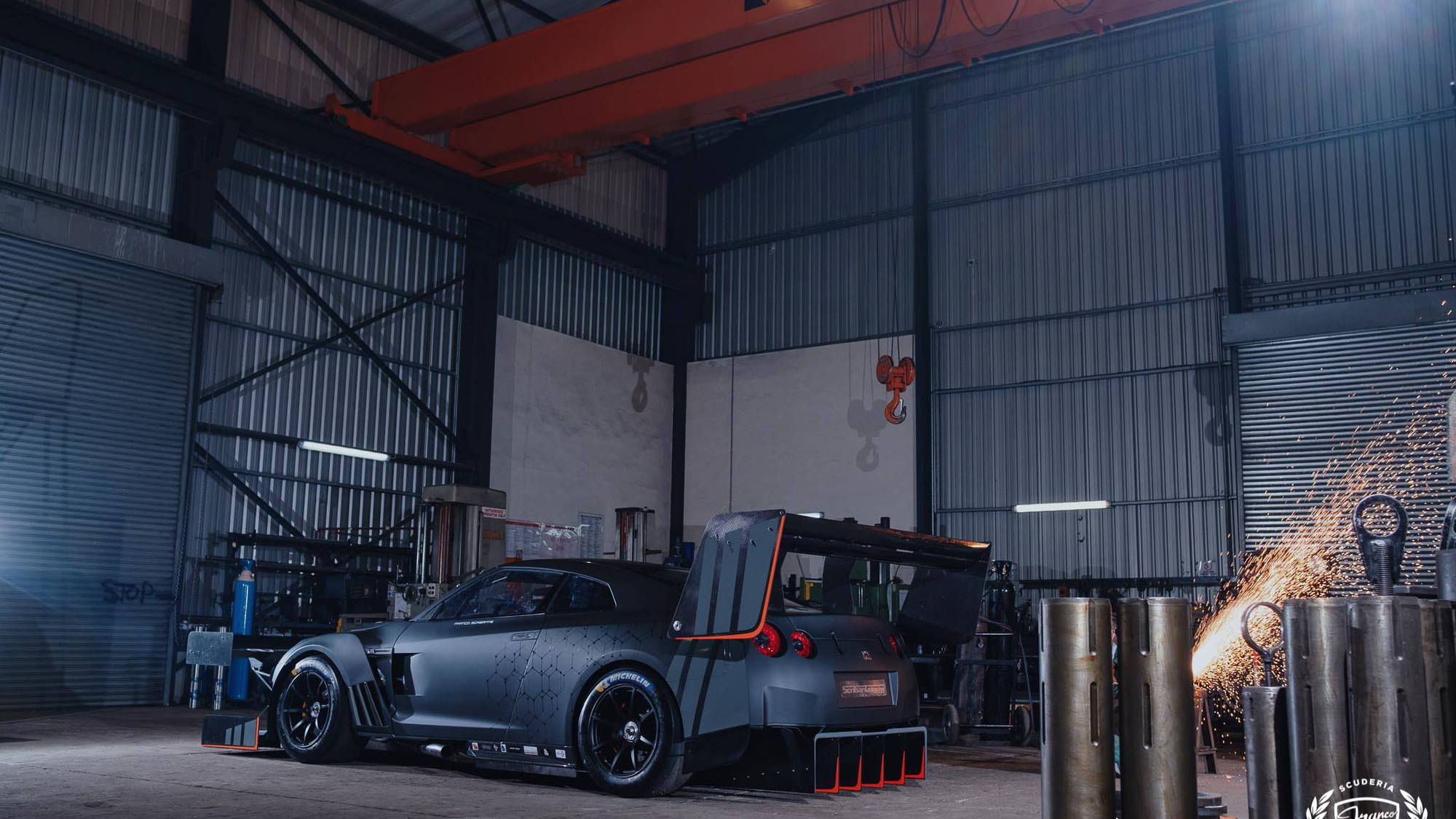 This Nissan GT-R is going hillclimb racing, and it will surely won't leave the ground with wicked wings attached to the front and rear.

The custom GT-R is the work of Franco Scribante Racing of Kyalami, South Africa. The race car's debut came this past Monday after the racing team teased the car on Facebook, but it will make its racing debut at the Simola Hillclimb in the South African town of Knysna in May. Carscoops first reported on the car on Wednesday.

Although the team didn't share much about the crazy front and rear wings, they'll surely do everything possible to keep the race car glued to whatever terrain the GT-R faces. They are made of carbon fiber, and the front wing looks like a plow teamed with a seriously aggressive splitter. At the rear, the three-plane wing appears to swallow the GT-R's footprint in its shadow. An aggressive diffuser at the bottom helps channel air from beneath the car.

Aside from the seriously insane front and rear wings, the car is capable of making 2,200 horsepower. For hillclimb purposes, it makes 1,600 hp at the wheels, per the racing team.

The racing team worked with Dodson Motorsport to make the car a reality. The two entities went to Pikes Peak last year to learn what they needed to be competitive. After a lengthy delay, the car is nearly done, but the racing team said there's still some work cut out ahead of the hillclimb next month.

Taking in the photos, we can't help but wonder how the car will perform once it hits the starting grid. Will that aero treatment work as intended or work against the car. We'll have to wait and see. In the meantime, we'll note that these wings make the iconic Suzuki Escudo Pikes Peak car look rather tame.