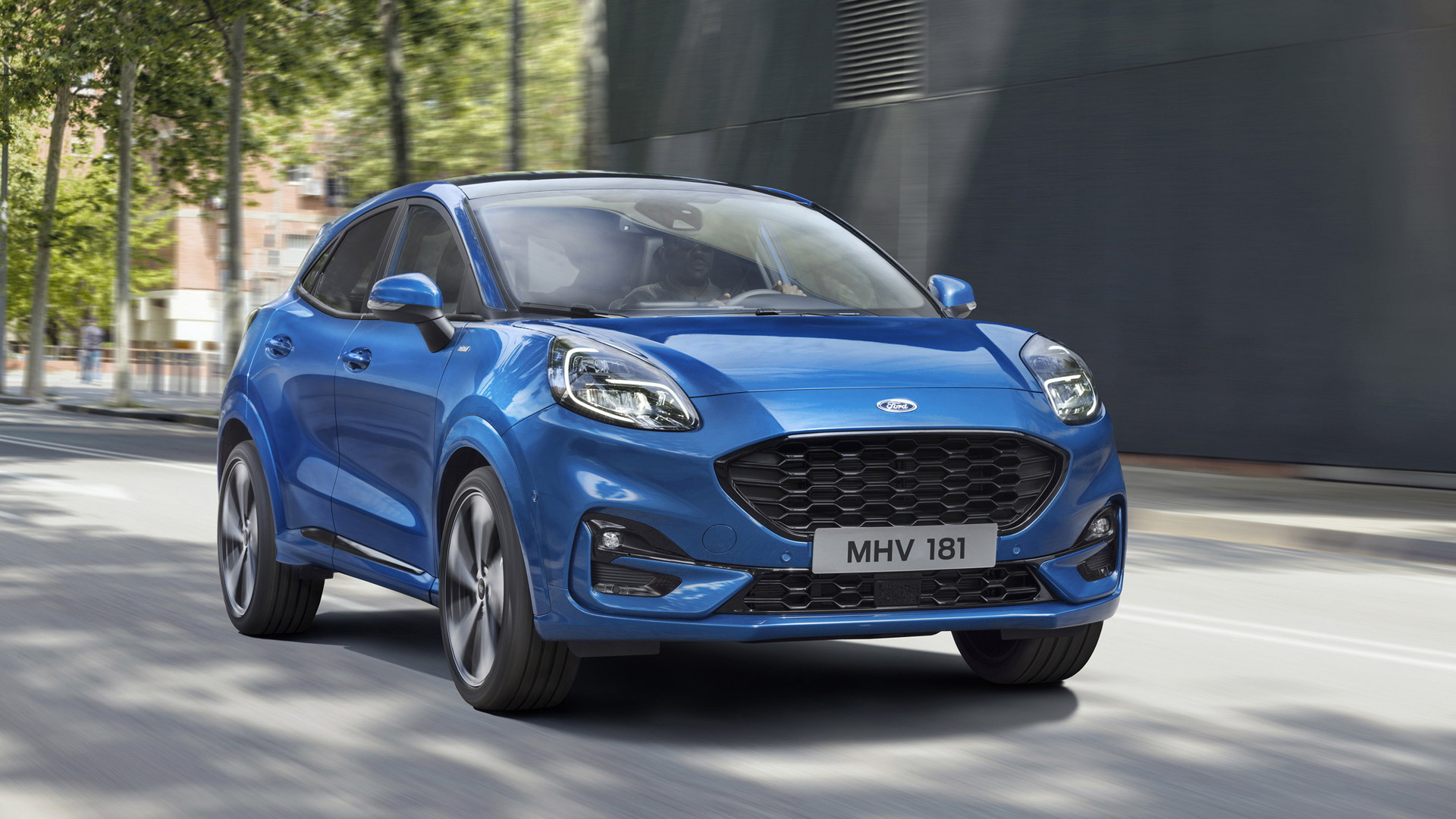 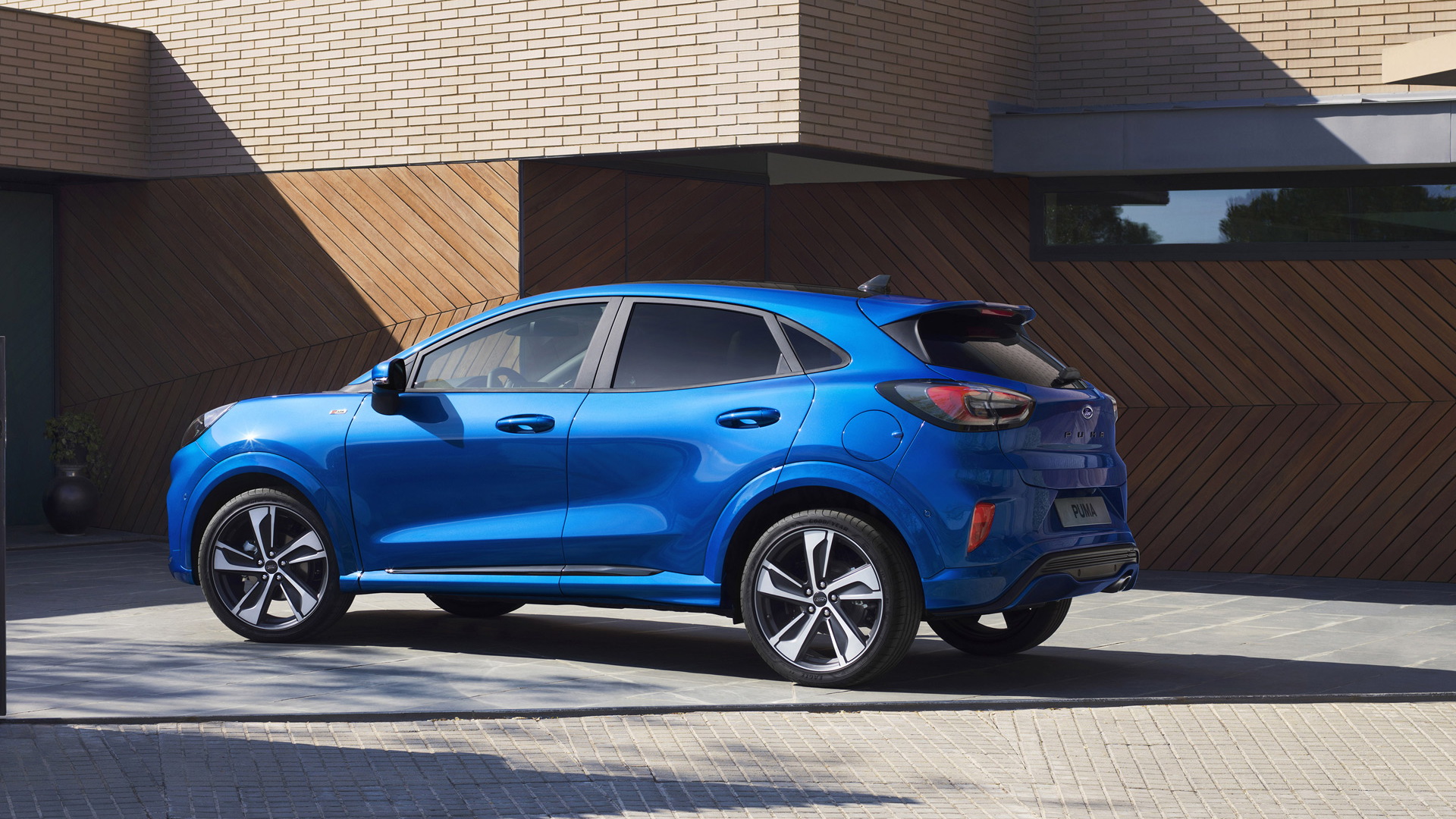 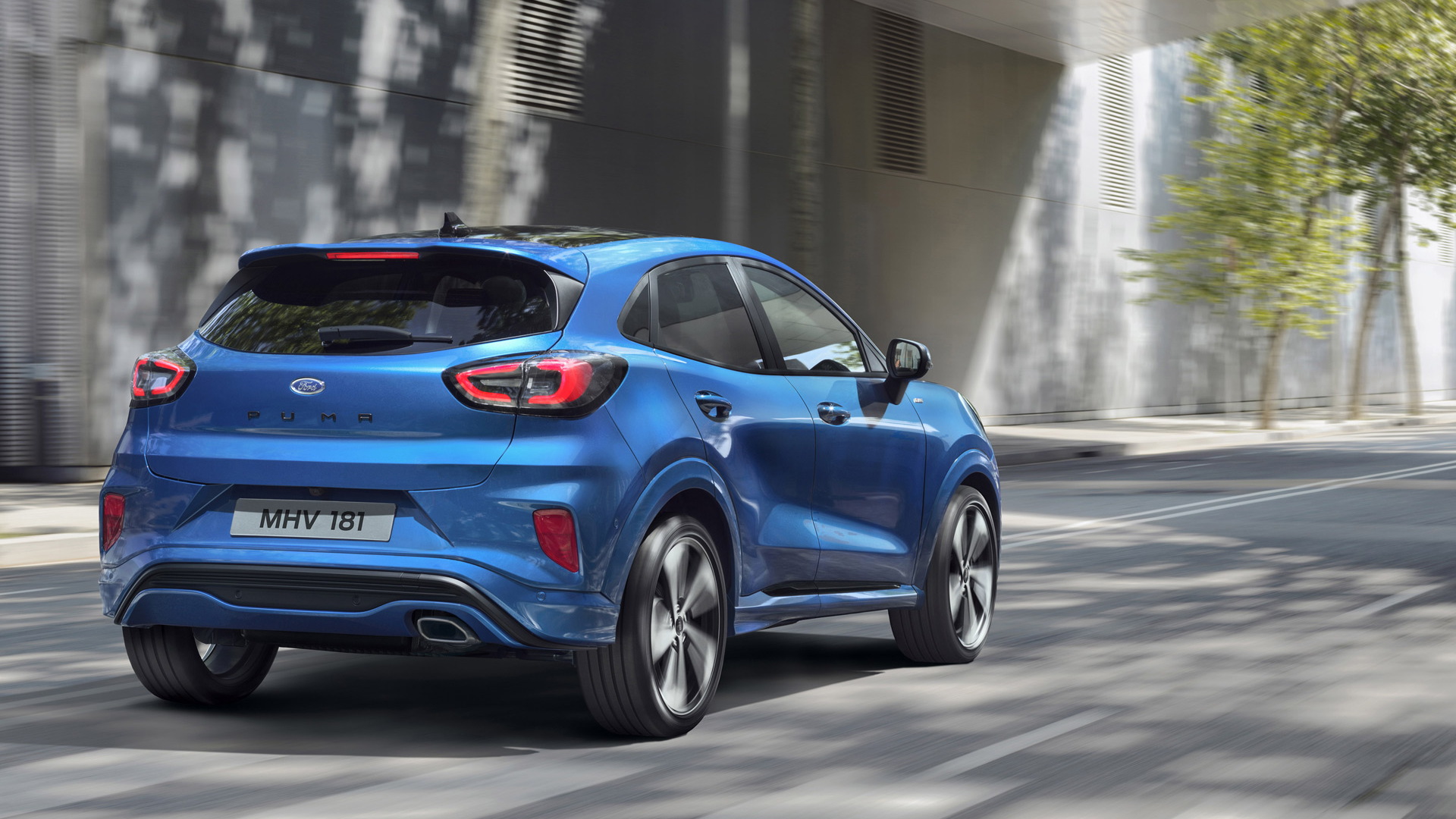 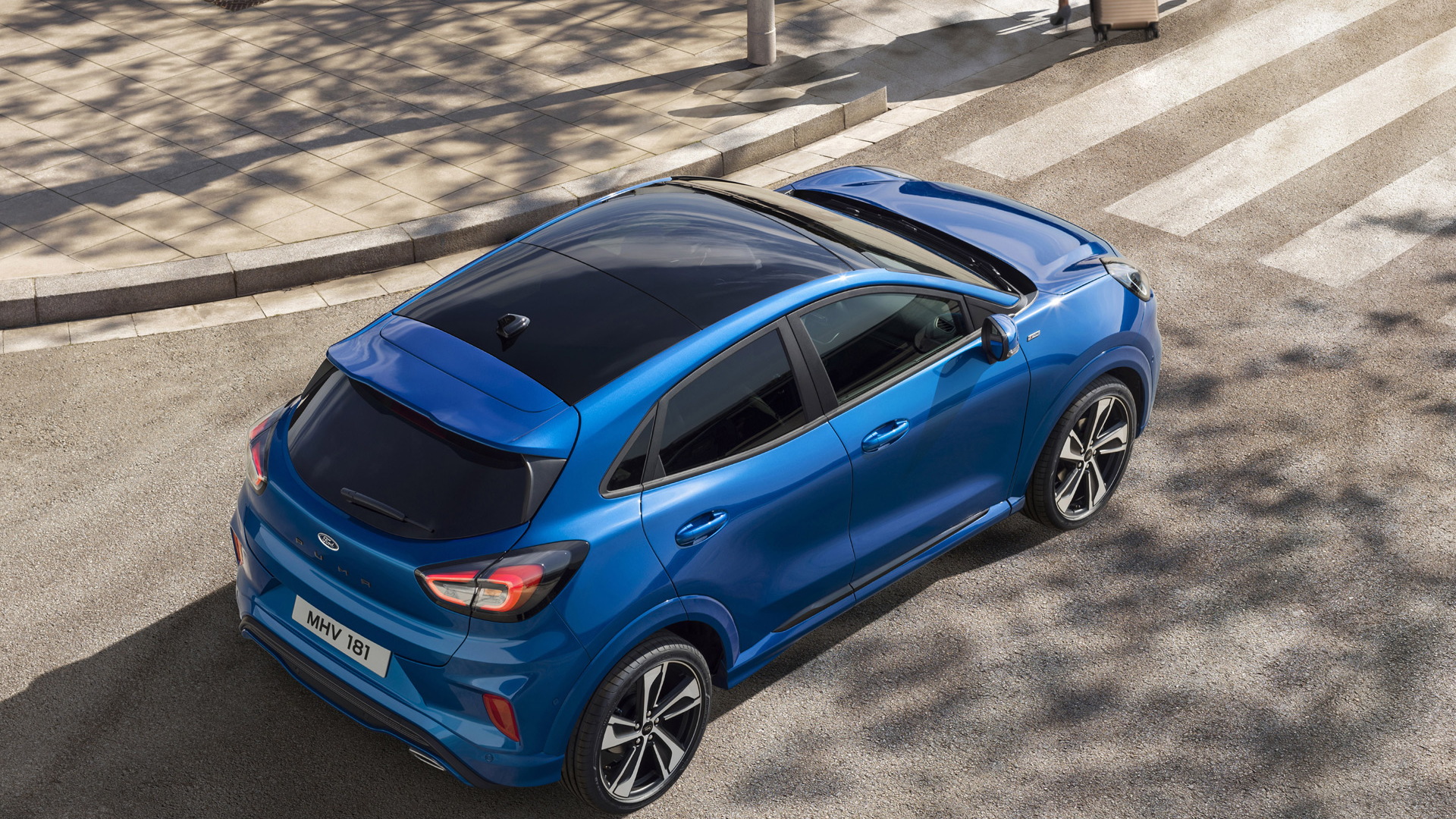 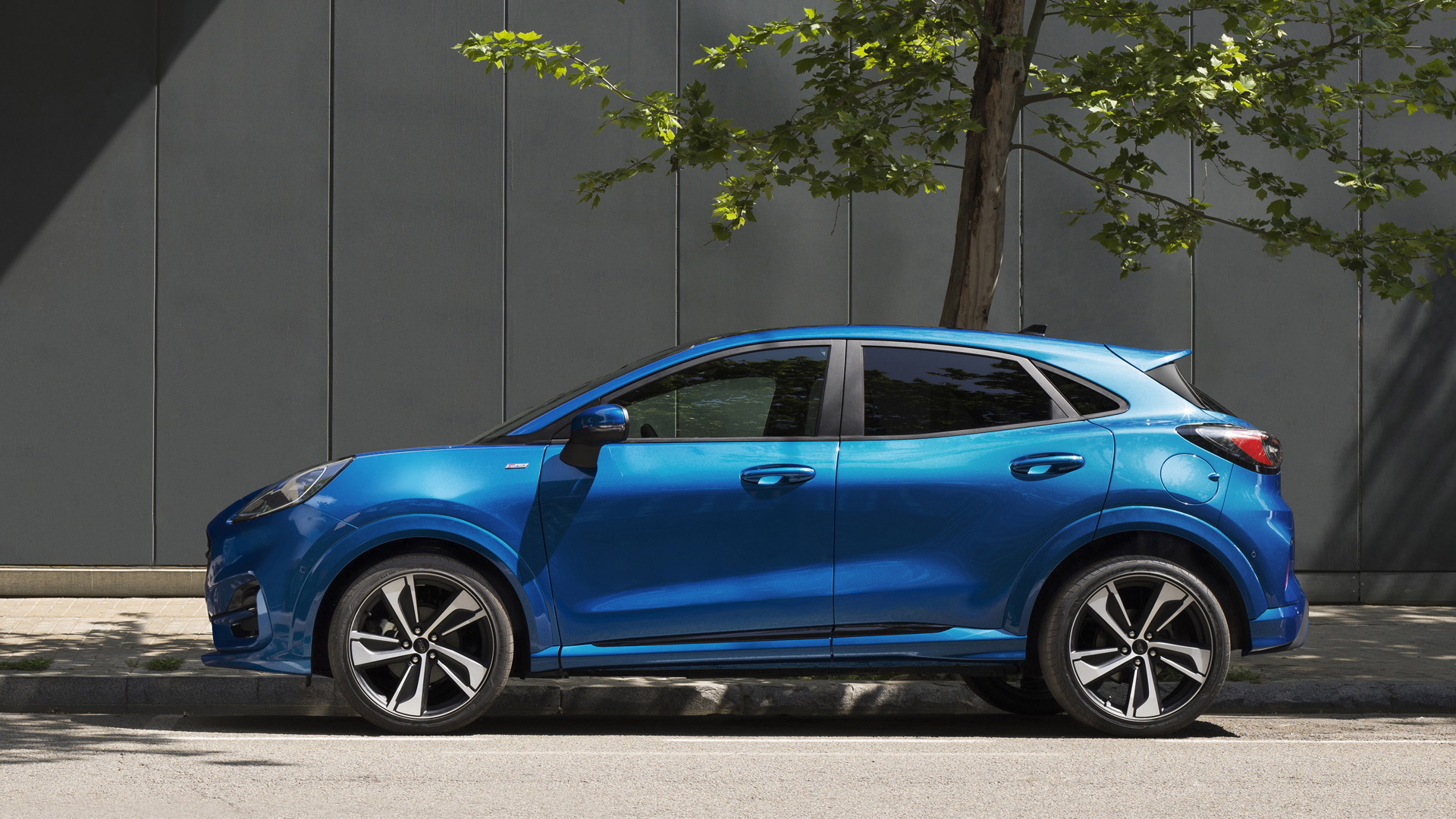 Ford on Wednesday revealed a new subcompact crossover SUV called the Puma. The vehicle is related to the latest Fiesta subcompact hatchback and is yet to be confirmed for the United States. Elsewhere, it goes on sale in late 2019.

The Puma features a mild-hybrid powertrain combining a 1.0-liter turbocharged inline-3 with a belt-driven motor-generator, which buyers can select in 123- and 152-horsepower guises. The motor-generator has the ability to recover energy under braking or coasting, which it stores in battery and then reuses to aid the engine during high loads and power ancillaries.

Though it's yet to be confirmed, we know Ford is testing a more potent model likely to be labeled a Puma ST. This model is expected to match the latest Fiesta ST's 197 hp, courtesy of a 1.5-liter turbocharged inline-3.

Production of the Puma is handled at Ford's plant in Craiova, Romania. The plant is where Ford also builds the Ecosport for the European market, as well as a 1.0-liter engine.

Note, the Puma won't serve as a replacement for the Ecosport as previously thought but will instead complement it as a more stylish urban runabout. Above the two subcompact offerings will sit the upcoming baby Bronco and Escape in the compact segment.

Should the Puma be approved for the U.S., expect it to arrive in 2020 as a 2021 model. Potential rivals include the Chevrolet Trax, Honda HR-V, Hyundai Kona, Mazda CX-3, and the recently revealed Volkswagen T-Cross sold overseas.