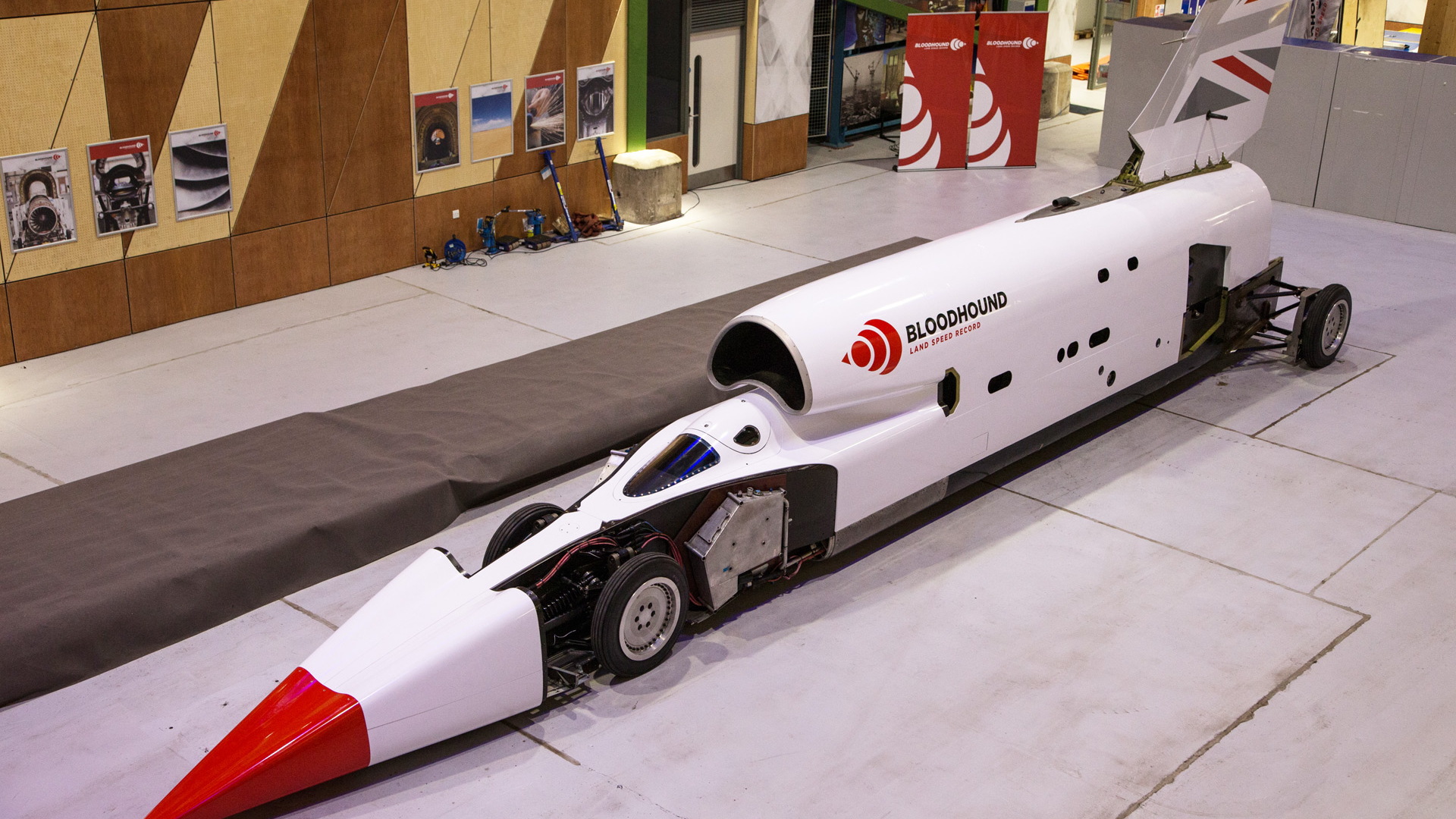 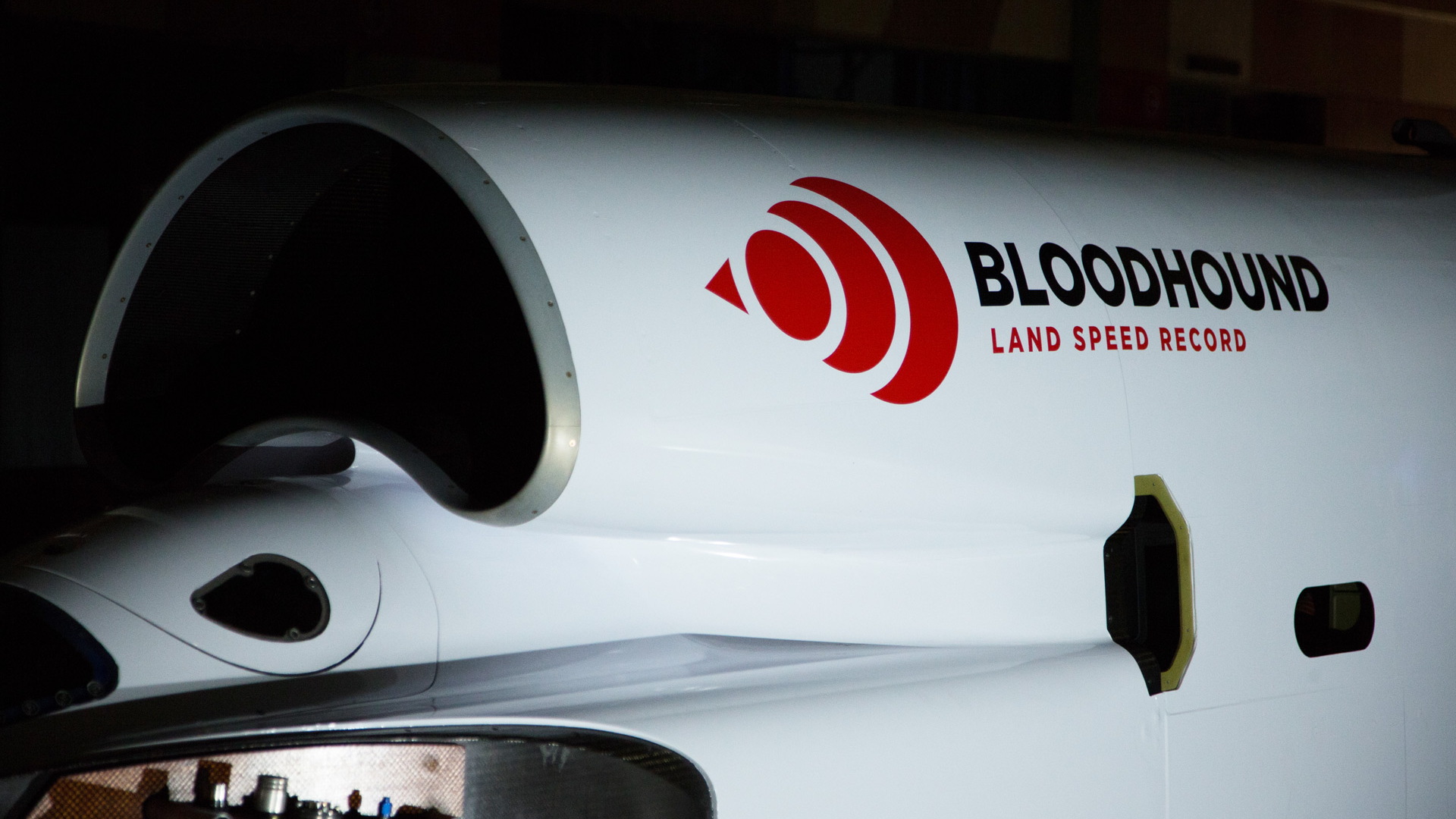 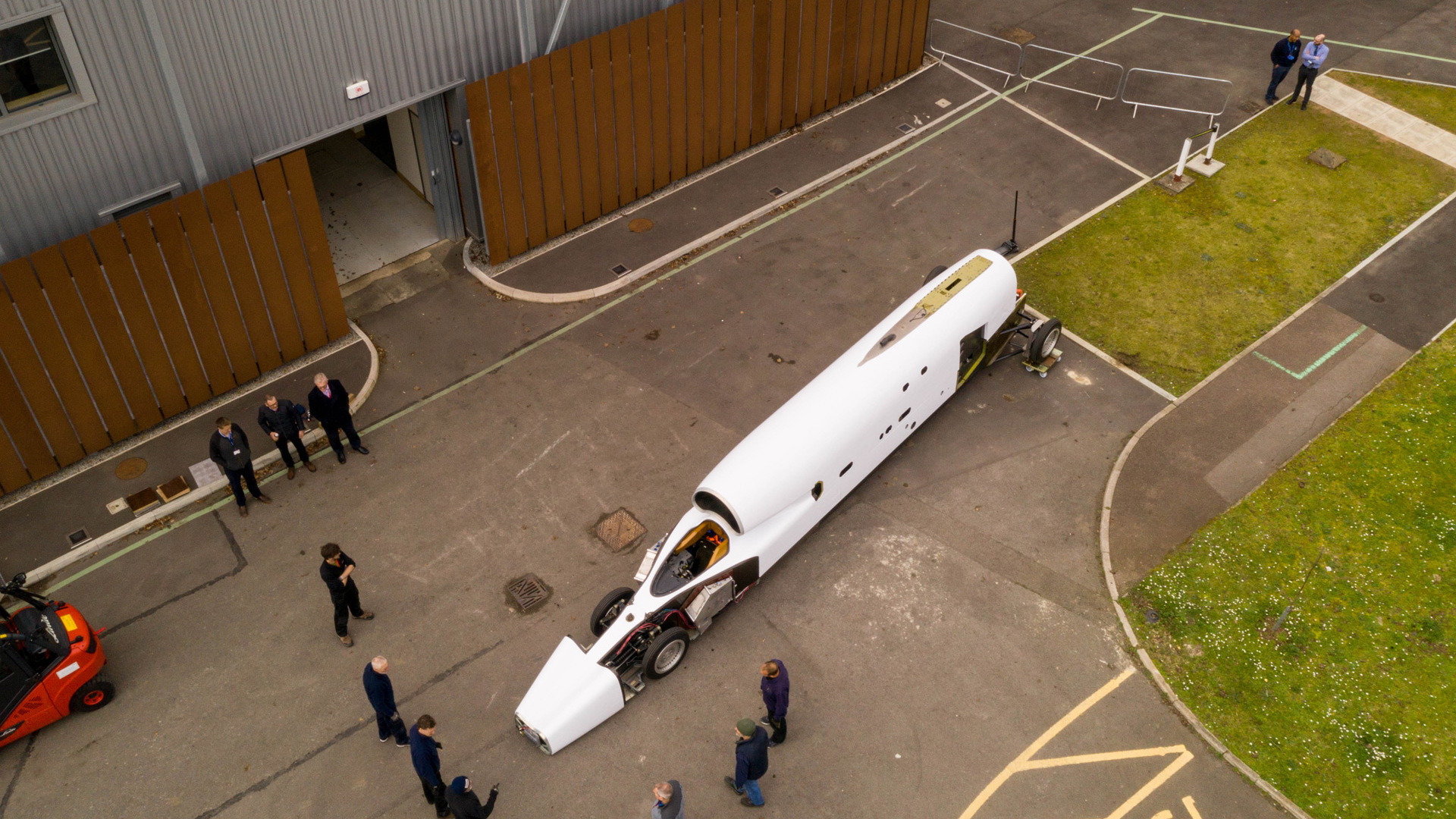 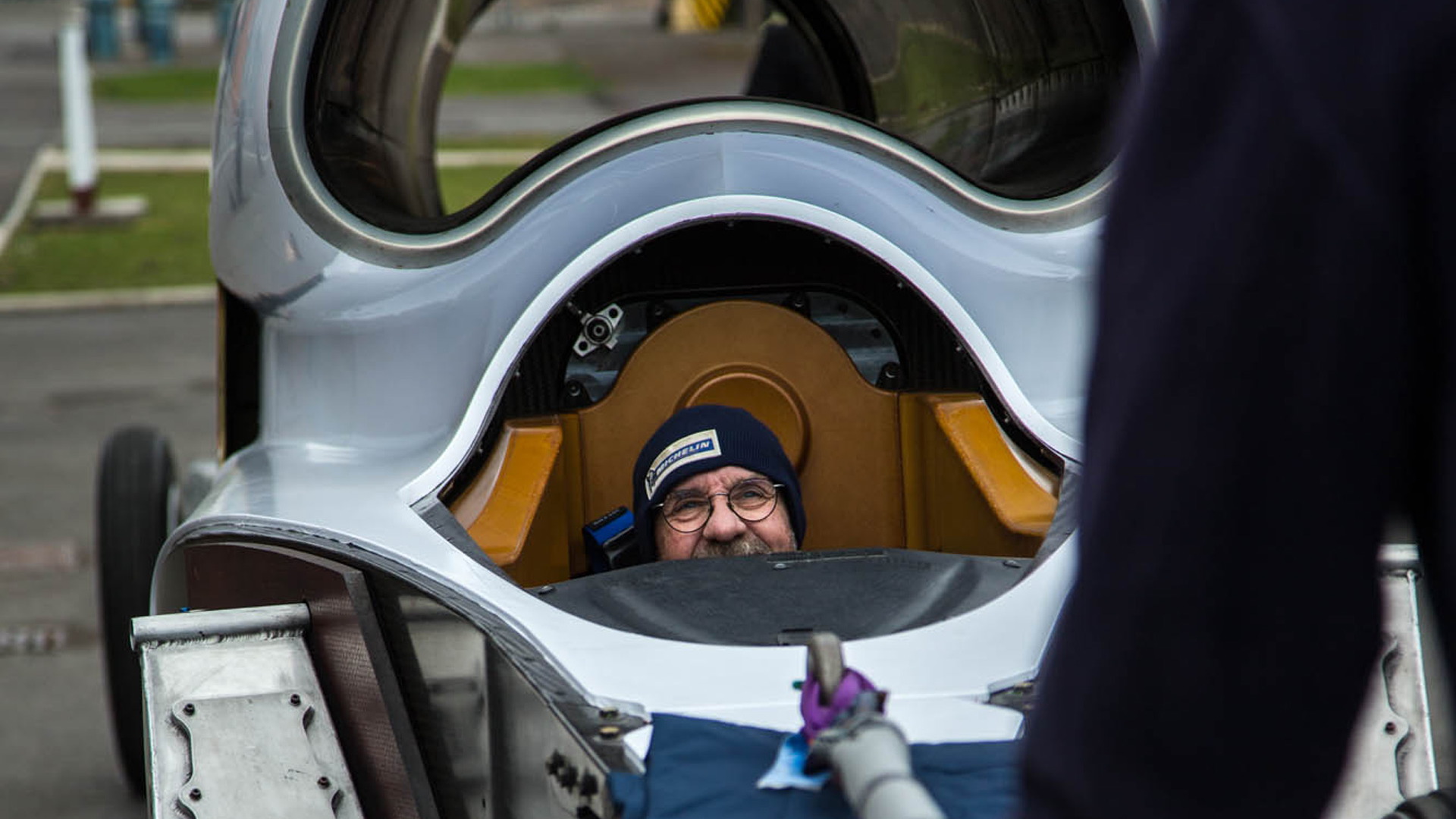 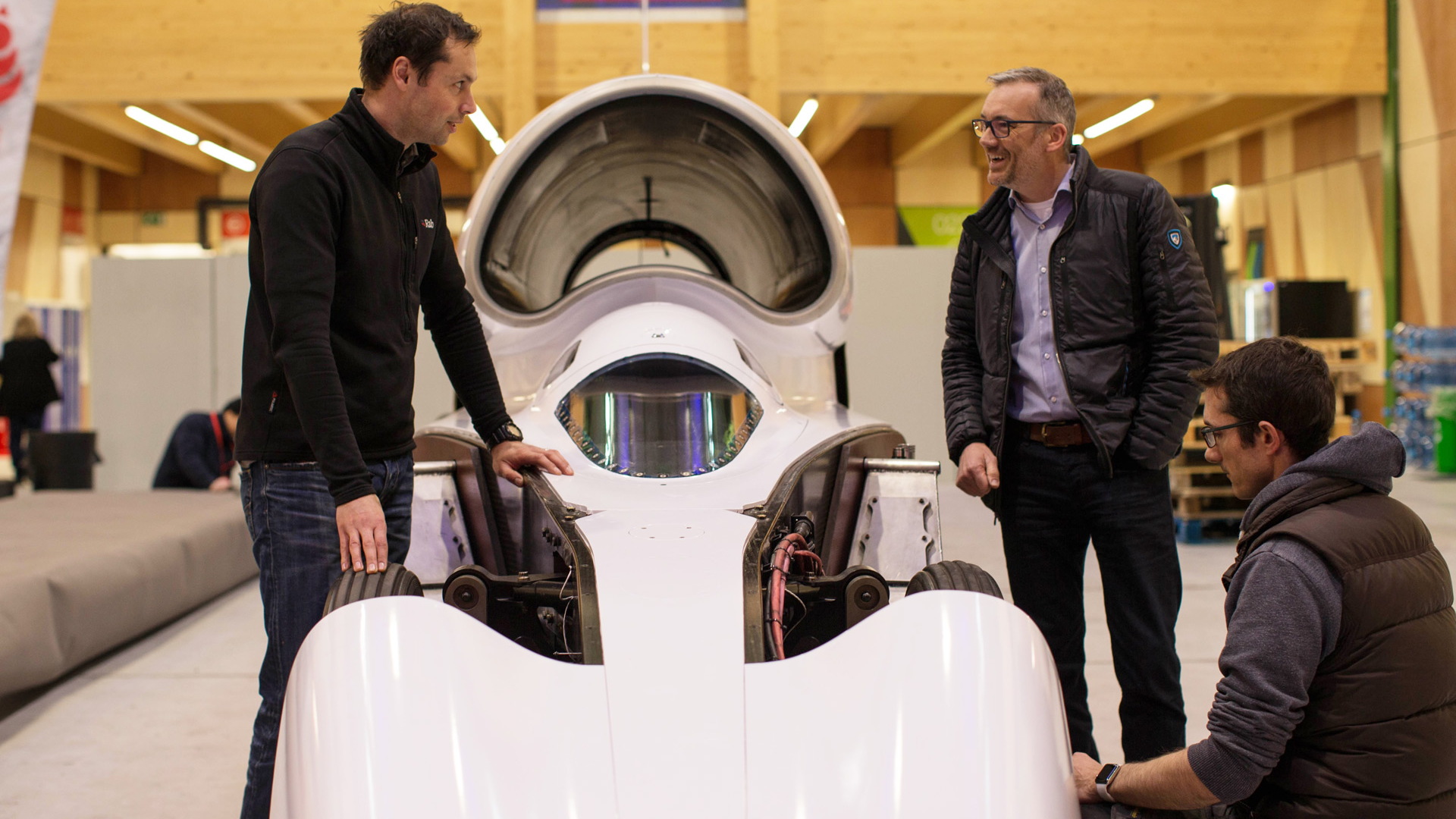 The Bloodhound land speed record project is alive and kicking, with the company behind it, Grafton LSR, on Thursday revealing a new livery for the supersonic car as well as a new base of operations.

Grafton LSR took over the project last December after the previous company overseeing it, Bloodhound Programme, ran out of funds. It was rebranded Bloodhound LSR in the process.

The mission hasn't changed, and that's to beat the current land speed record of 763 mph set by fighter pilot Andy Green in 1997 behind the wheel of the Thrust SSC. Green will also pilot the Bloodhound LSR, which is targeted to reach a top speed of over 1,000 mph. Such a speed will mean he's covering a mile every 3.6 seconds.

Work is now being carried out at the SGS Berkeley Green University Technical College, located just north of Bristol, England. The goal now is to get the car reassembled so that high-speed testing can commence. During a test in 2017, the car managed to accelerate to 210 mph in 8 seconds.

Eventually, an attempt on the record will be made, likely at a dry lake bed in South Africa’s Kalahari Desert known as the Hakseen Pan.

The car combines a jet engine and a custom rocket engine. A Rolls-Royce EJ200 jet engine normally found in the Eurofighter Typhoon will be used to reach 300 mph. Beyond this speed, a cluster of bespoke hybrid rockets developed by defense firm Nammo will be employed. The combined output of the 44.3-foot streamliner is expected to be 135,000 horsepower.

You'll notice that there's a lot of white space on the car's body. According to Grafton LSR, that's likely to change as the project attracts new sponsors.

The Bloodhound project started 12 years ago with the aim of not only breaking the record but also to serve as a major R&D catalyst and focal point for an education campaign to generate more interest among students in STEM subjects. Grafton LSR CEO Ian Warhurst believes that the project can also be a money maker, and he's ensuring there's sufficient funds available to see it to completion this time.

“I’ve been reviewing the project and I’m confident there is a commercial business proposition to support it,” Warhurst said. “I’ll provide robust financing to ensure there is cashflow to hit the high-speed testing deadlines we set ourselves.”