Back in 2013, Devel announced plans for a 5,000-horsepower supercar called the Sixteen. Since then, the car hasn't surfaced for series production. That will reportedly change this year.

According to a CarBuzz report on Thursday, the company's goal is to reveal the production version of the Devel Sixteen by the end of this year. The company told the website development is at "full speed" and it is considering where to unveil the hypercar.

Motor Authority reached out to the Dubai-based company for comment on the car and its purported debut this year and we will update this story if and when we hear back. 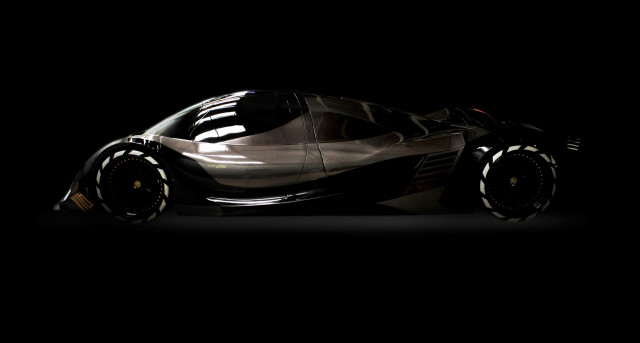 The last update we received on the supercar was not a good one. Last October, a scathing report by Road & Track pegged the Sixteen as nearly dead in the water. The company lost its partner, Manufattura Automobili Torino (MAT), which left loads of engineering work to Devel. The car appeared to be stuck in development for the foreseeable future. Other quirks plagued the supercar, such as the 12.3-liter V-16's tendency to overheat in normal driving scenarios. Engineers also reportedly had difficulty figuring out how to keep the car on the ground, as it showed a penchant for taking flight at high speed. With the goal of reaching 300 mph, that's not a good problem to have.

All of the issues came after a bright spot in 2017 when the Devel Sixteen showed up in its "production" form at the Dubai motor show. Looking back, that now seems to be a further development of the prototype. The massive V-16 was also dyno tested, and the results showed 5,007 horsepower.

The possibility of a 2019 debut raises other questions. Will it be the range-topping 5,000-hp version? Or will Devel show off one of its other variants it previously said were under development, including a base V-8-powered 2,000-hp version of the supercar? Stay tuned.