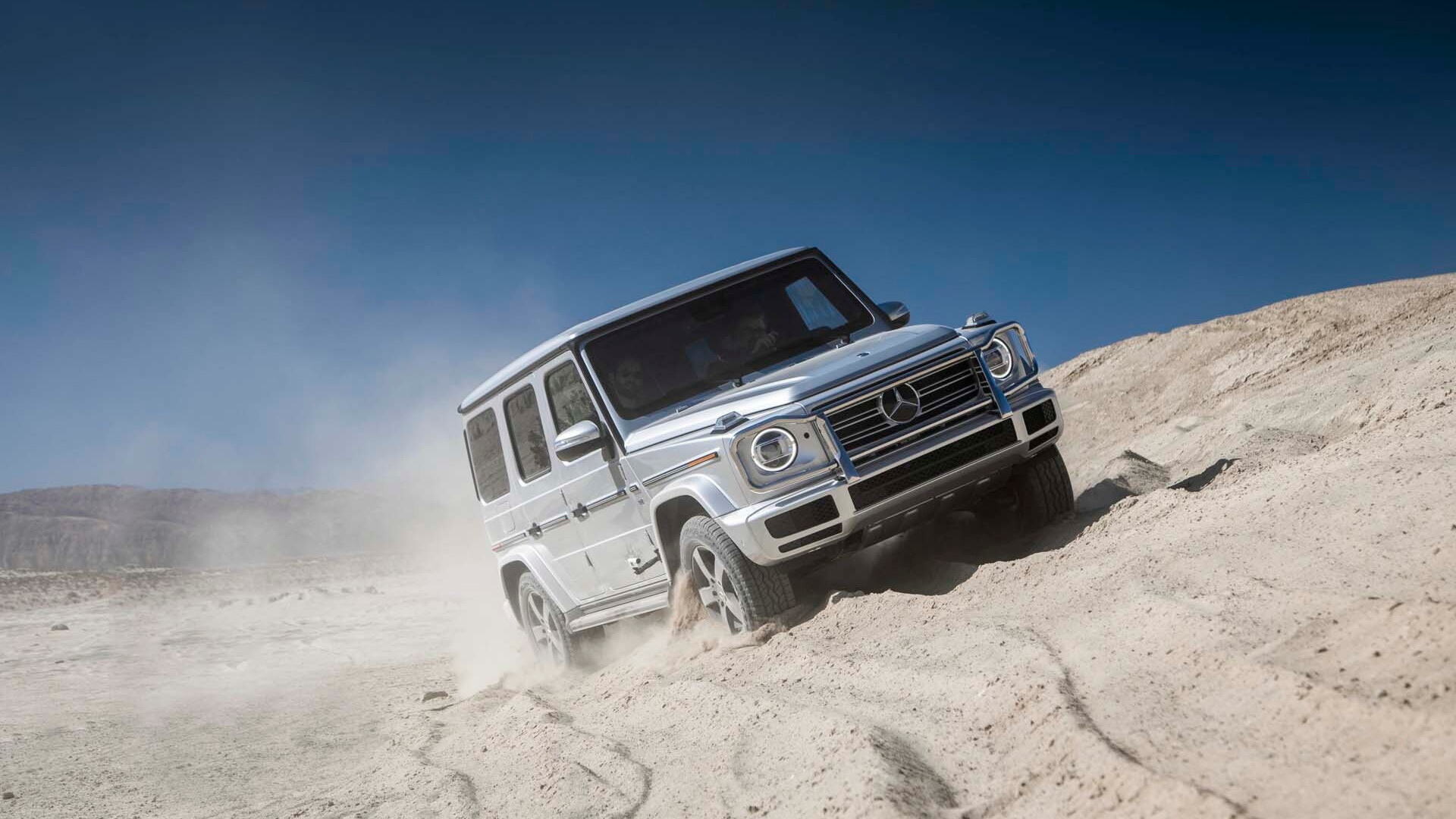 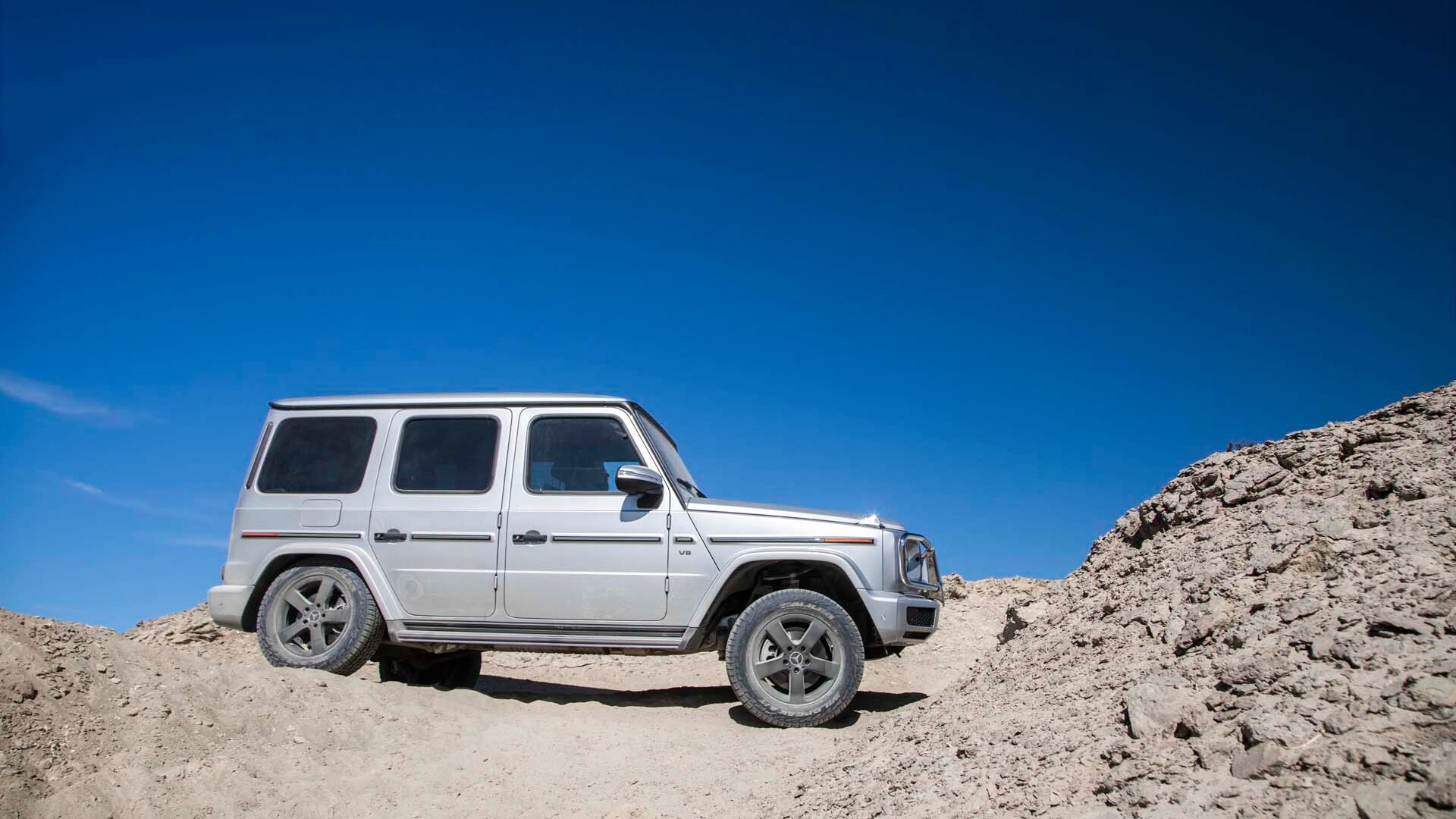 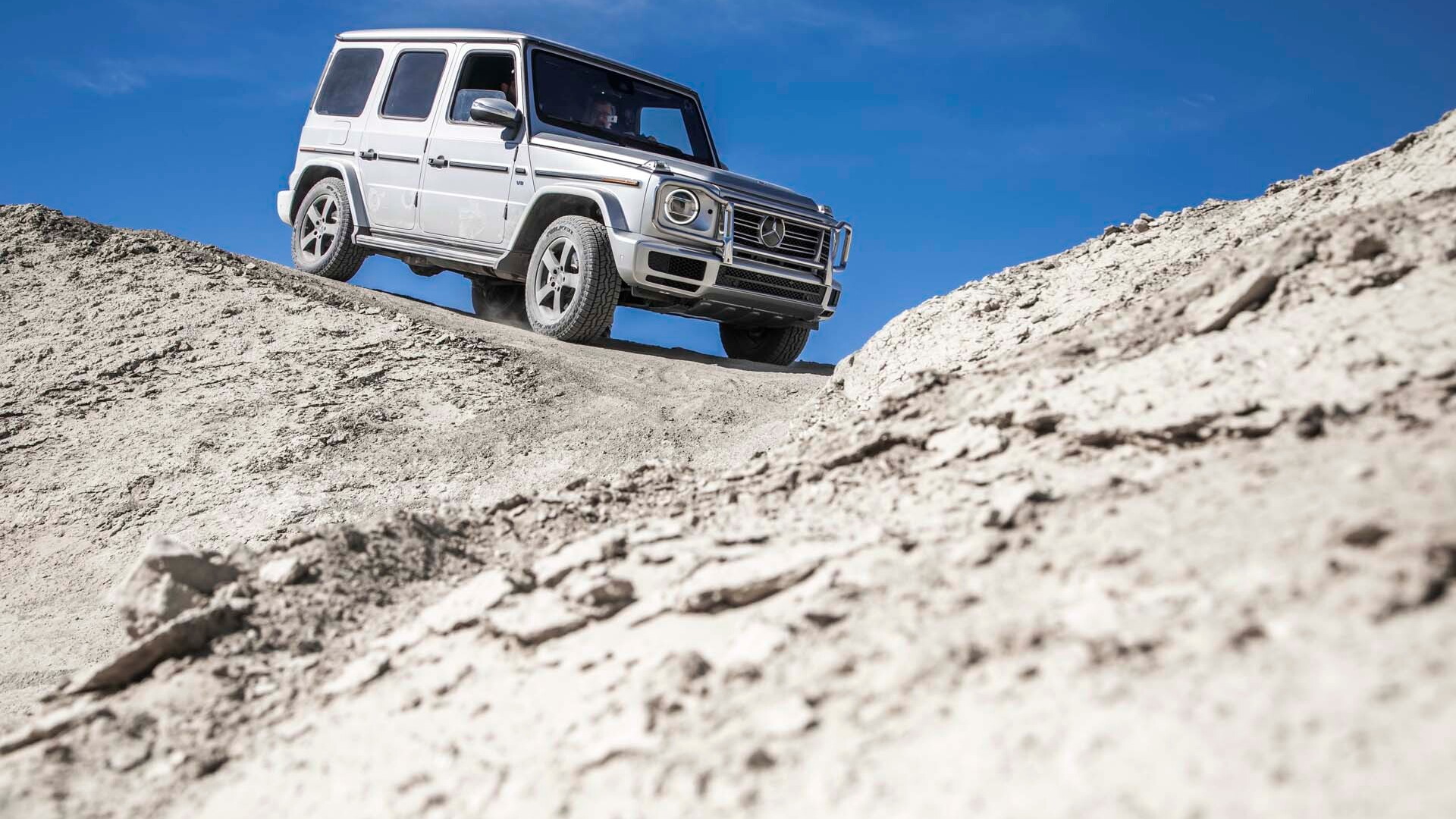 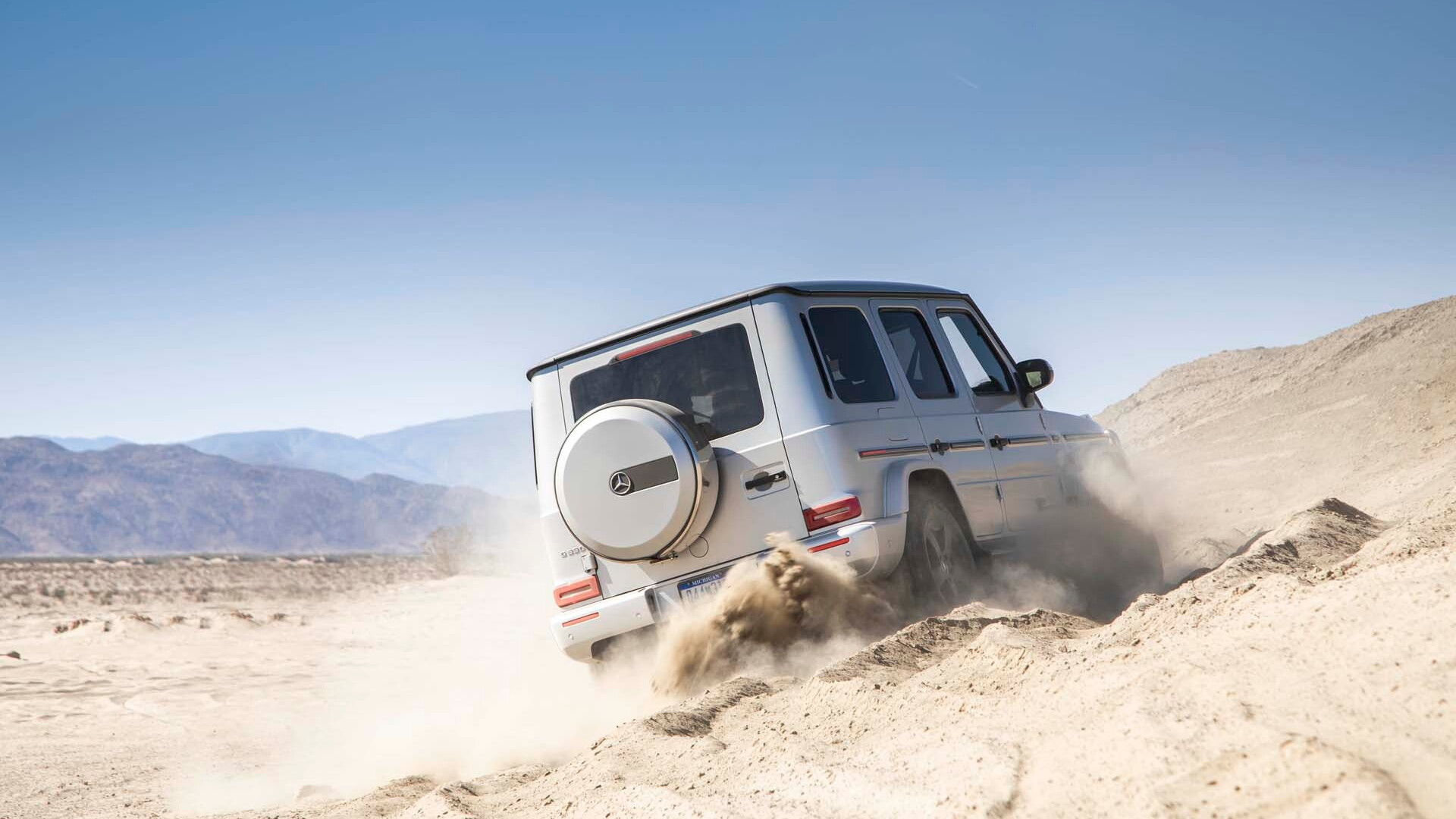 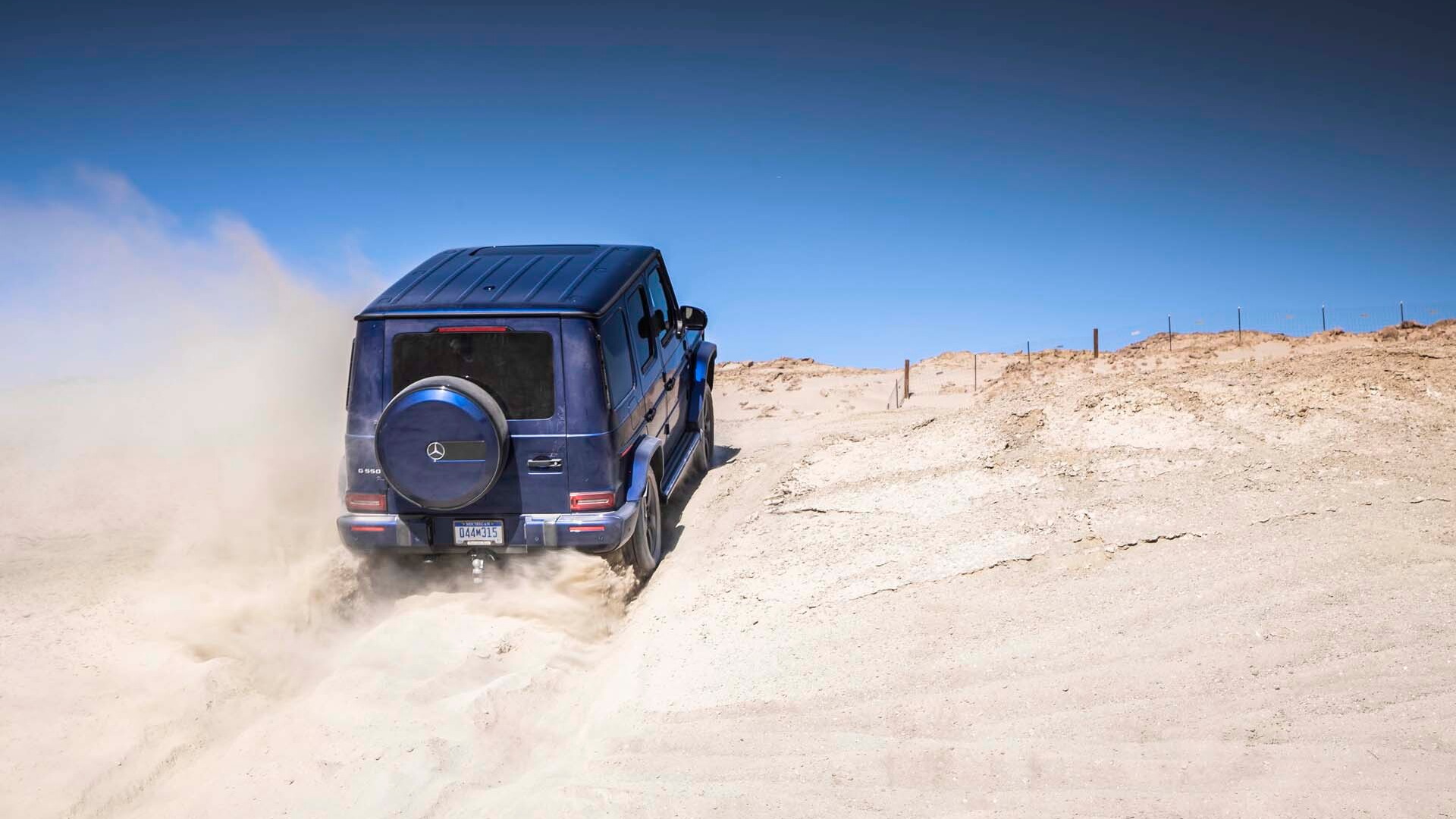 The 2019 Mercedes-Benz G-Wagen doesn’t look much different than the boxy SUVs from each of the 40 years preceding it. Typically, if a vehicle is indistinguishable from its predecessors, that’s a bad thing.

The Mercedes-Benz G-Class is anything but typical.

I went to San Diego, California to spend some time with both the 2019 Mercedes-Benz G550 and AMG G63 to see what’s different, and in this case, if change is good. 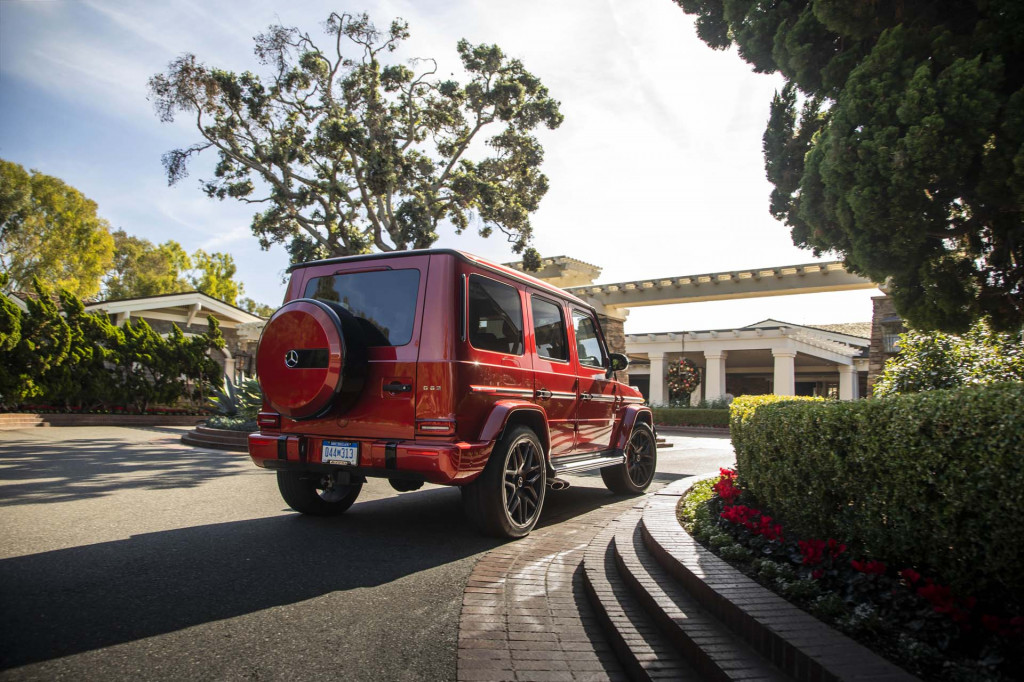 This is some black magic

The G550 drives like the old G-Class, but better. The extra 4.8 inches of width and 2.1 inches of length combined with a stiffer structure, weight loss of 375 pounds, and independent front suspension that replaced the old solid axle give the bruiser a new confident, stable feel the old G lacked.

But it’s the AMG G63 model that is unbelievable, a rare feat. With softer springs up front combined with stiffer damper tune both front and rear, an anti-roll bar in the rear and a stiffer anti-roll bar up front, the AMG G63 doesn’t just handle, it carves corners. It’s an unreal, and surreal, experience carving corners in a Mercedes G-Class. Corners can be taken far faster than physics, and science, should allow. 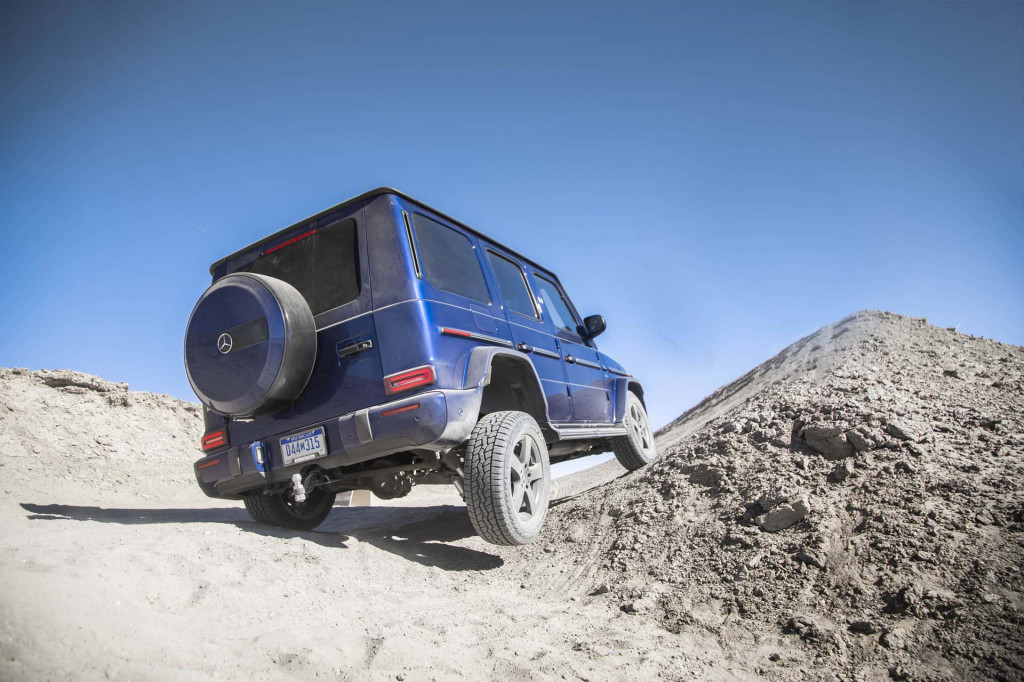 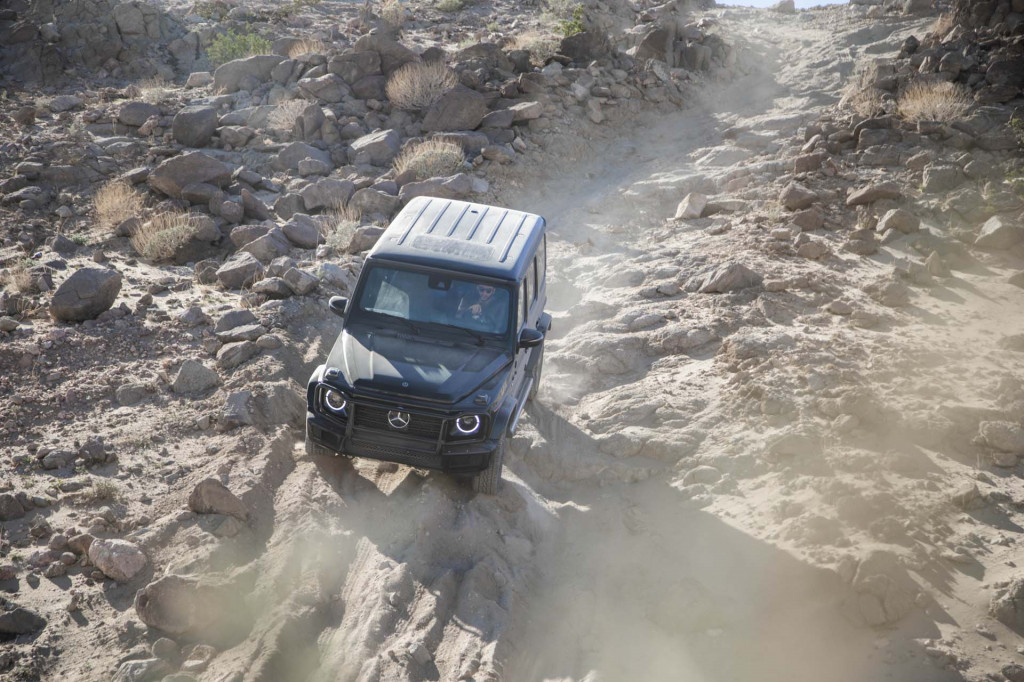 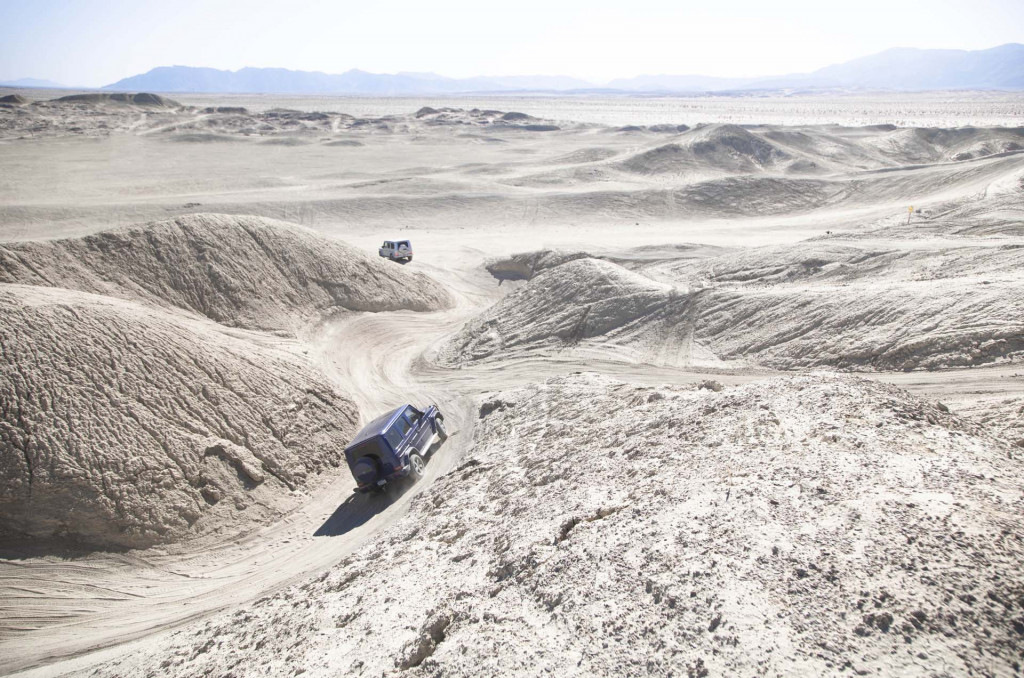 Don’t think that because the new G-Class is far more capable on-road that it’s lost anything off road. All Gs now sport 9.5-inches of ground clearance (up 0.2 inches), and the AMG G63 has three off-road programs (trail, sand, and rock) while the G550 has one (G-Mode). The three locking differentials are still on board, though the metal rocker switches have been updated to plastic buttons, which is a shame.

For 2019, the G550 comes standard with 18-inch wheels (19- and 20-inchers are available), but factory-approved 18-inch Falken Wildpeak all-terrain tires won’t be available until the 2020 model year for off-road adventures.

The G63 launches for 2019 with 21-inch wheels (22-inchers are available), and AMG is still hard at work on an approved 18-inch all-terrain setup that it will rubber stamp.

If the new G can’t get to Grandma’s house, there’s been a serious miscalculation.

ALSO SEE: Off-roader built a Mercedes-Benz G-Class pickup because Mercedes won't for the US 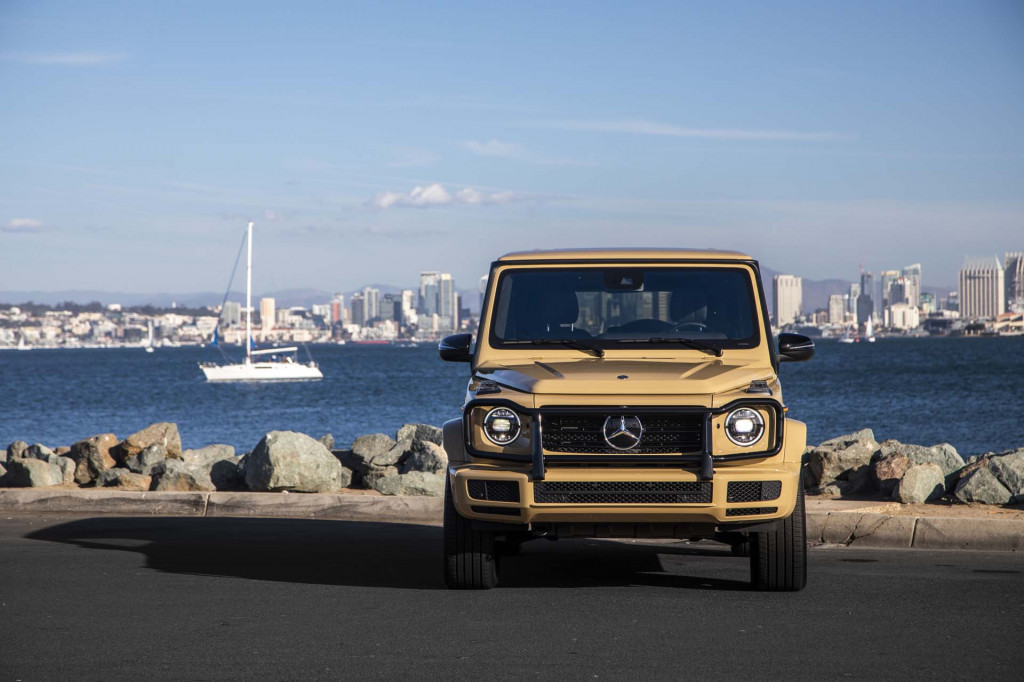 Mercedes-Benz told Motor Authority the bull bars are standard and that’s how they were certified and tested for sale in the U.S., but that could change in the future.

Off-roaders will be dismayed to learn the design of the G550’s bull bar interferes with the surround-view camera system, so only the AMG G63 model has that very handy feature. 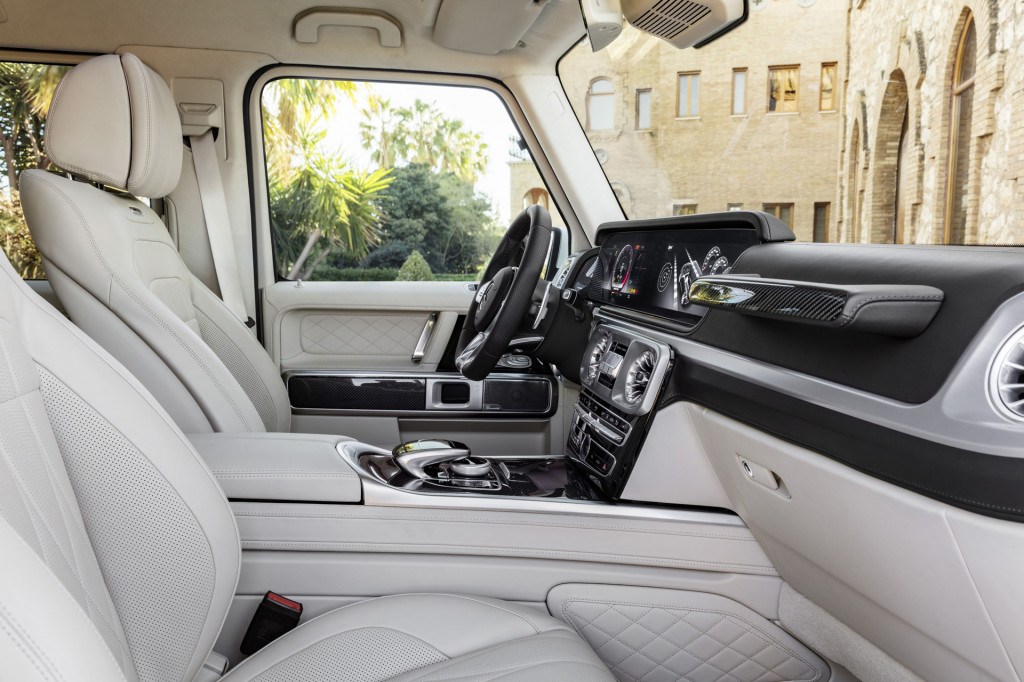 The G-Class finally has cupholders.

The previous G-Class was never designed for Americans and their Big Gulps. The G-Class didn’t officially come to the U.S. until 2002, and its solution for America's need for cup holders was less than ideal: an attachment to the center console on the passenger side that dangled a Starbucks cup nervously.

The new G-Class has two cupholders front and center ahead of the gear selector like most modern cars just waiting for that morning Frappuccino from Starbucks. 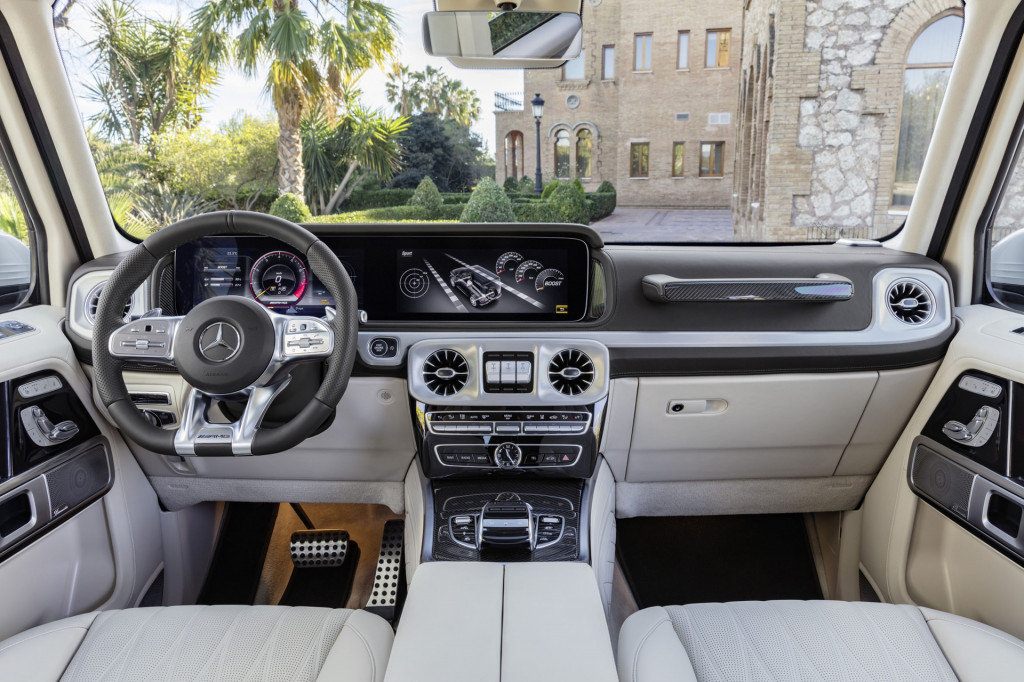 The G-Class is as tough as ever, but the interior is now as plush as it can be—for a G-Class. Quilted leather adorns the seats and door panels, real wood is on the grab handle for those “Oh crap” moments, and there’s bits of real metal about the cabin.

There’s also some cheap plastic that’s been made to look like brushed aluminum. Lots of it. Particularly around the air vents on the dashboard. It’s a sour point in an otherwise exquisite interior. 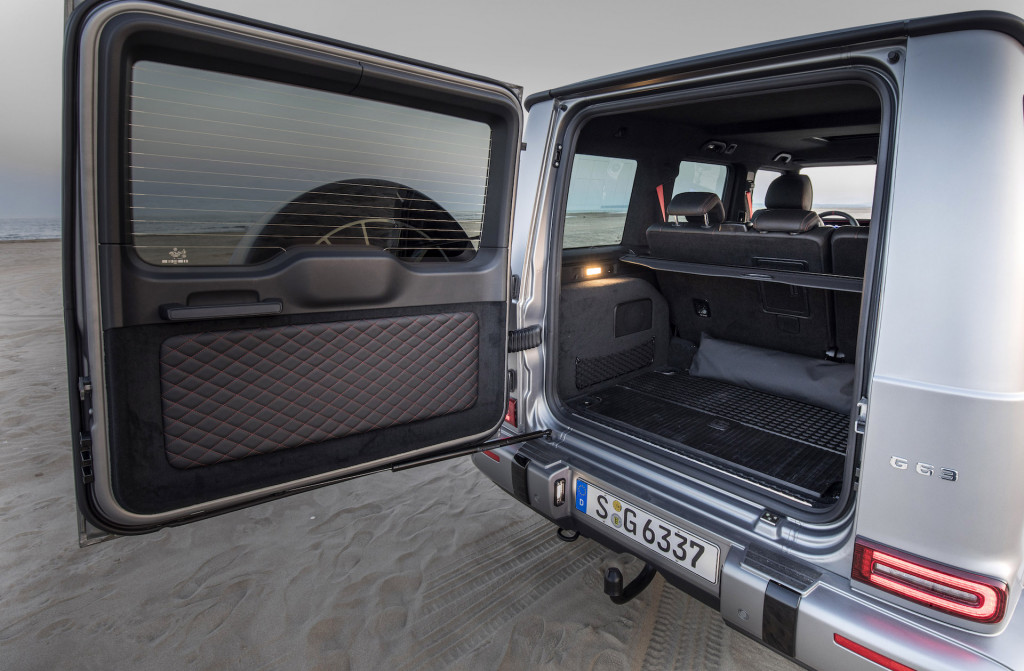 Only three things carried over from the old G-Class to the new G-Class: door locks, spare wheel cover, and headlamp washers. The latter two no one will really care, but the first one, people care. 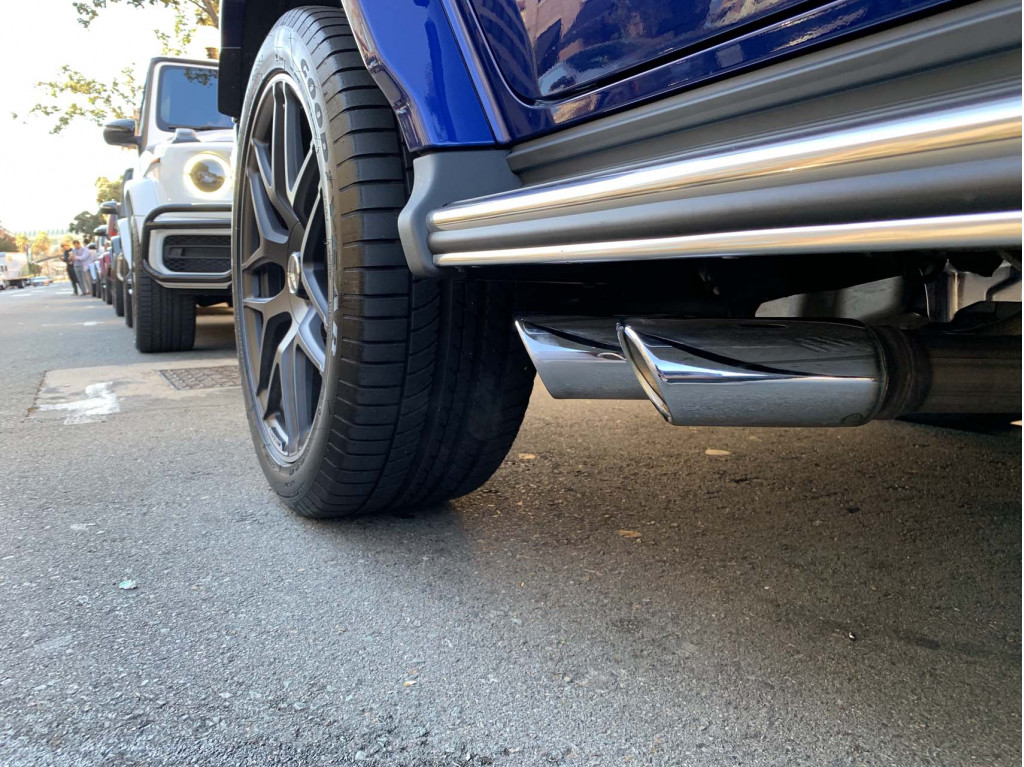 Side pipes, because side pipes 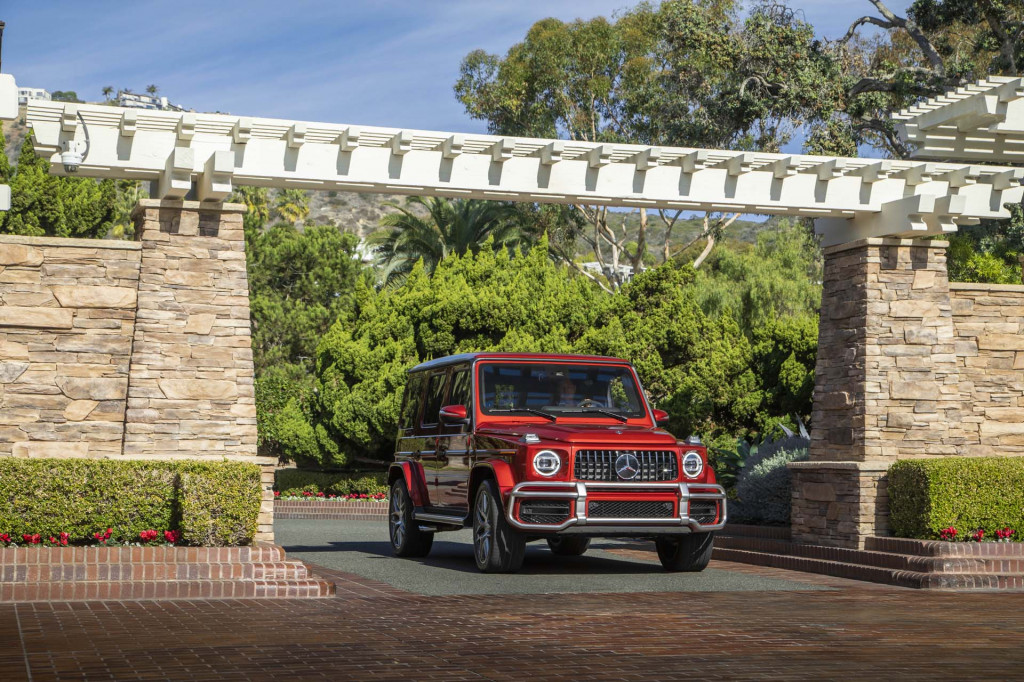 There’s no easy way to put this: The G-Class isn’t cheap.

Add a few options to the G550 and one might as well buy the G63, which, one should anyways because it drives worlds better and does things it shouldn't be able to do.