Japan's Wald International has ditched the Suzuki Jimny's standard cute-ute look and instead given the off-roader a more sinister demeanor.

It's called the Jimny Black Bison edition, and it does its best to further emulate the Mercedes-Benz G-Class in all the right ways.

The special edition starts life as a Jimny Sierra variant and Wald then adds a redesigned front bumper, new grille, headlight covers, and an aerodynamic hood. A four-piece LED headlight system is included with the new front bumper, and LED lights feature on the roof too. There's also a set of knobbier off-road tires in place that wrap wheels shod with orange accents. 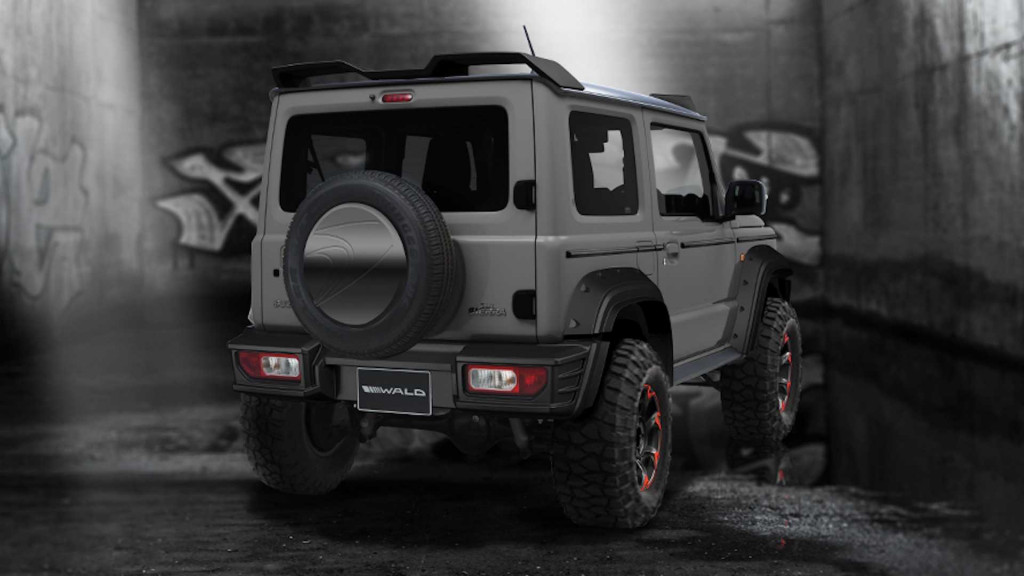 Wald didn't mention any changes to the powertrain, which most likely means there's no more grunt under the hood. Instead, it'll make do with either a 660-cc turbocharged inline-3 or a 1.5-liter inline-4.

While Wald worked over the standard Jimny, Suzuki itself has plans to show off a Jimny pickup variant at this month's 2019 Tokyo Auto Salon. The automaker debuted the concept ahead of the show with nods to the past such as retro-inspired wheels and body panels with a wood effect. The concept is meant to target customers who may want the ability to carry small loads in a bed, but Suzuki has not confirmed such a model for production.

As for Wald's Jimny Black Bison, it will head into production, but the Japanese company hasn't provided pricing for the extra goodies just yet. We could receive more details on the special edition at the Tokyo Auto Salon, which starts January 11. More coverage can be found at our dedicated hub.