Today, the vast majority of charging stations are fixed in place after installation. Next year, VW plans to join a short list of companies looking to change that. On Thursday, the German automaker showed off a mobile fast-charging station for electric cars it plans to implement in 2019, and the company thinks it can help revolutionize how EV owners charge their cars.

The major benefit VW sees is the ability for cities or companies to place the mobile charger wherever they desire. It can help decision-makers understand the best location for drivers to take advantage of a charger before installing permanent infrastructure. The technology behind the fast-charger is relatively simple, too.

Much like a power bank for a smartphone, the mobile charger juices up and it can then move to wherever it's needed. The charger has the capacity for up to 360 kwh, to charge 15 electric cars. Charging times are roughly 17 minutes on the fast charger, according to VW.

When the energy content falls under 20 percent, the operator can simply swap it out for a fully charged station. However, VW said the mobile station can be attached permanently with a power supply up to 30 kw. In this case, the station can also charge itself as it juices up a number of electric cars. Should operators hook it up to a renewable energy source, the charger can also temporarily store energy from clean sources to keep the process CO2 neutral.

The first mobile station will be deployed in VW's hometown of Wolfsburg, Germany, next year. In 2020, VW plans to expand the innovative charger to other cities. The automaker even envisions a scenario in which numerous mobile stations could roll out for a large-scale event to meet demand, and then head elsewhere based on shifting demand. 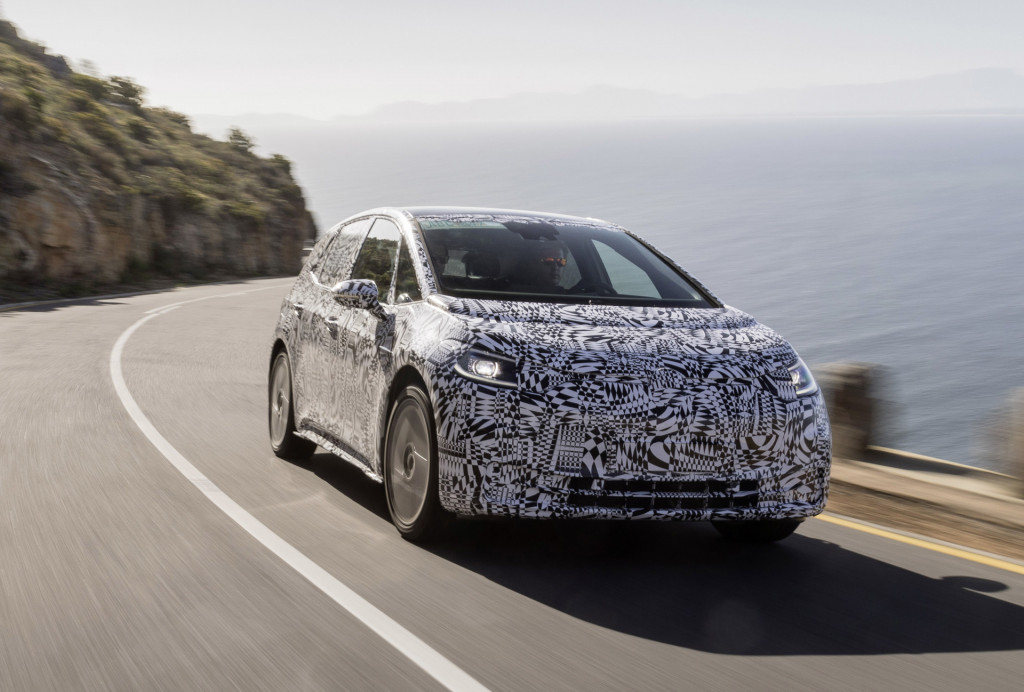 One of the first Volkswagen electric cars that will take advantage of the mobile station is the 2020 ID Neo hatchback. The brand's first electric car will debut next year and mark the beginning of VW's transition to an electric future. Buyers should expect the ID Neo to cost around the price of a current diesel-powered Volkswagen.