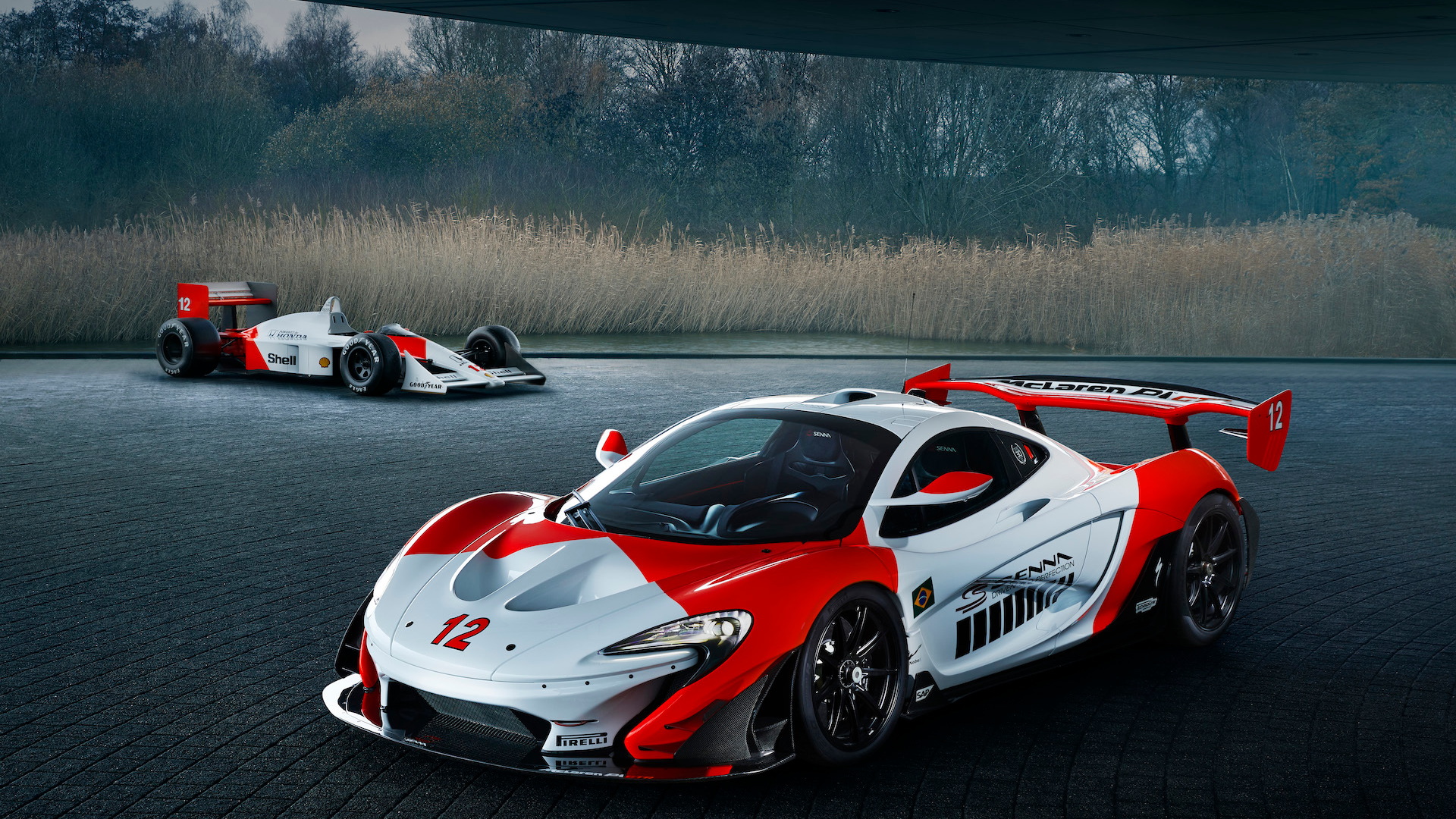 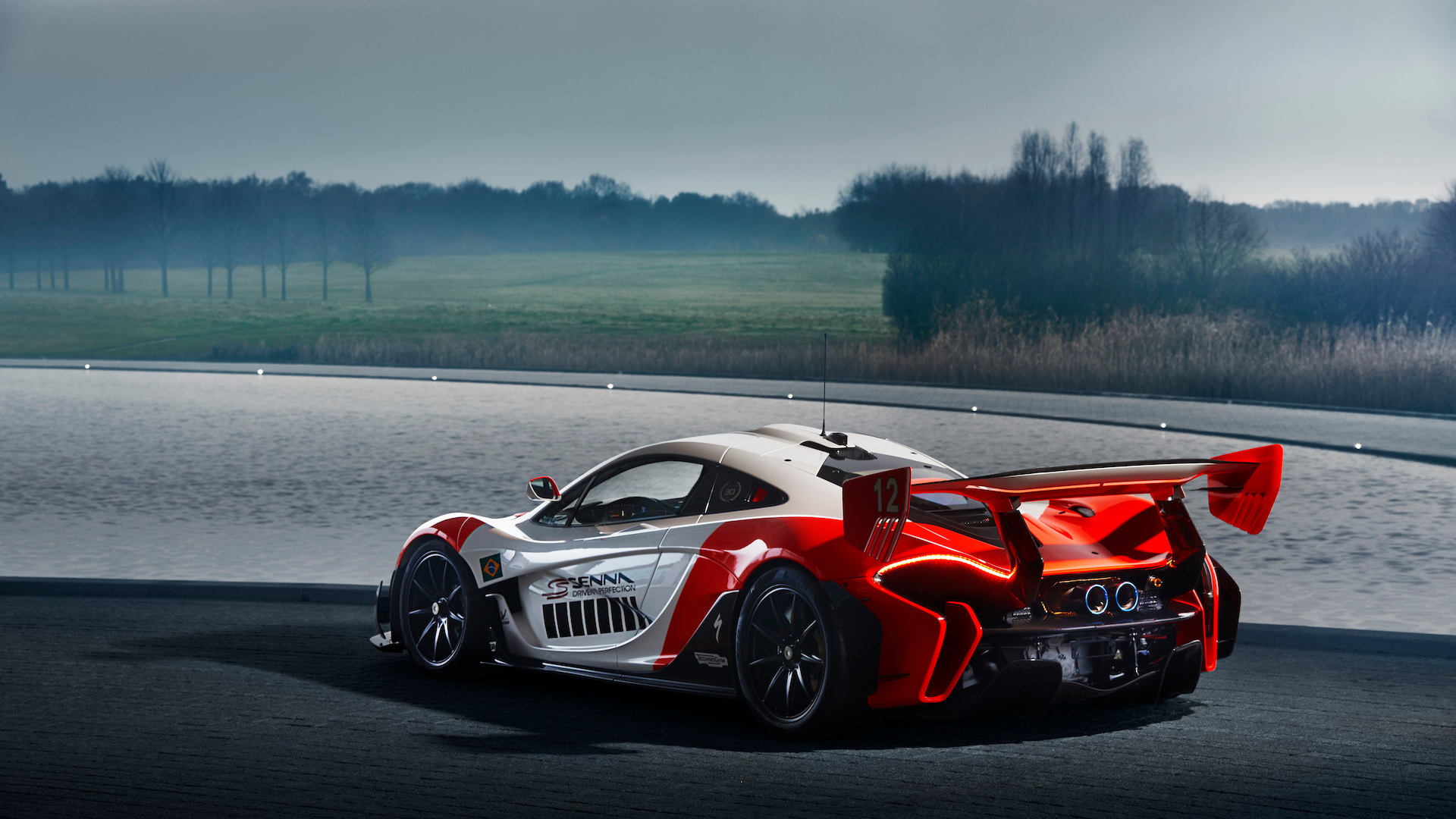 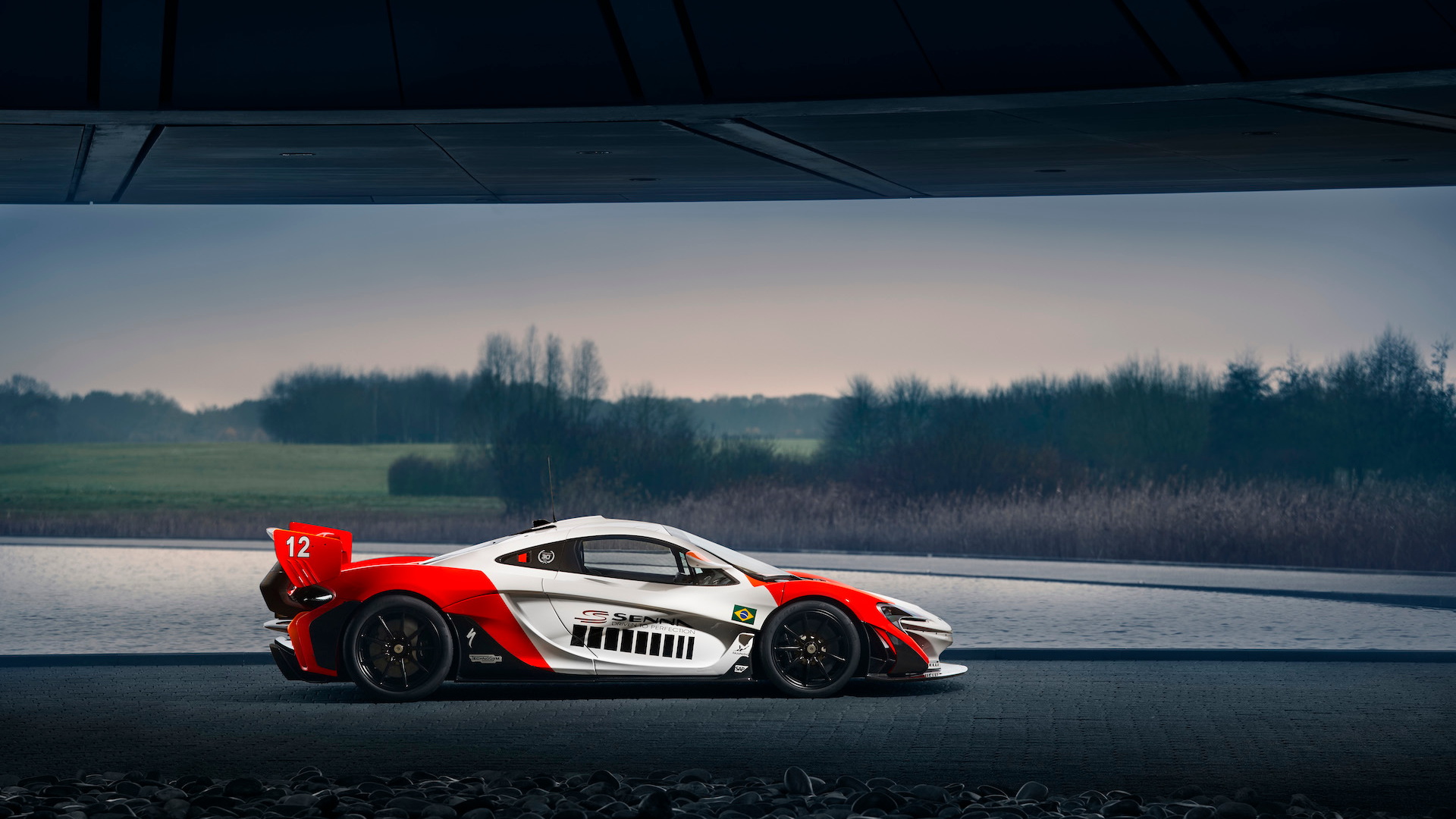 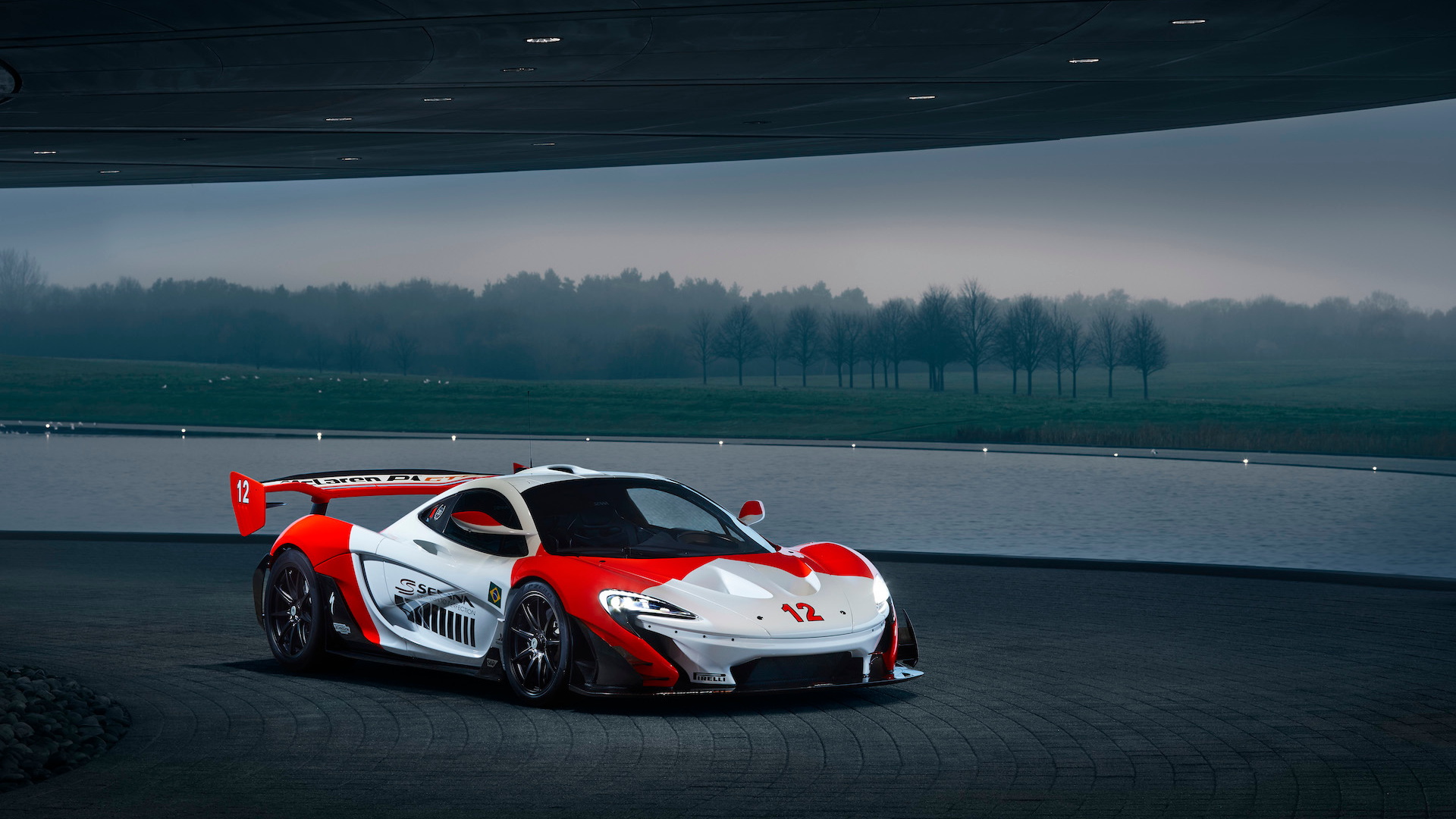 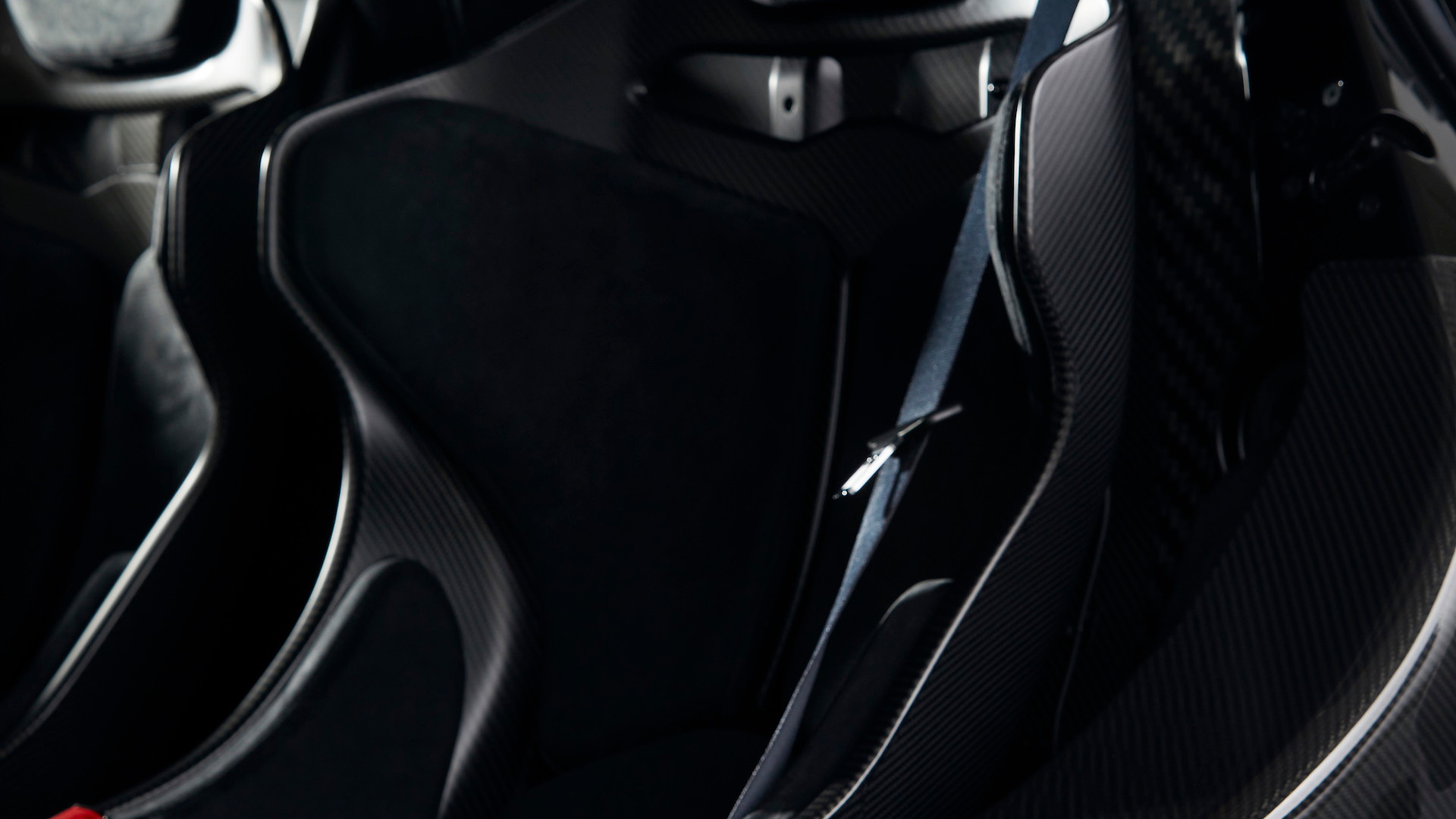 The special P1 GTR made its debut on Tuesday and it's not simply a special graphics package, as thoughtful as the design is. The owner and MSO worked to overhaul the aerodynamic functions and even pump more power from the supercar's hybrid powertrain. The owner calls the car "Beco," the nickname given to Senna by his family and friends.

As a refresher, the P1 GTR bowed in 2015 with 986 horsepower on tap courtesy of a 3.8-liter twin-turbo V-8 and an electric motor. That figure was already 82 hp higher than the standard P1, so we have to imagine the Senna P1 GTR makes close to 1,000 hp, if not more. A 24-carat gold heatshield, Lexan rear cover, and tweaked engine bay shrouds compliment the hybrid powertrain.

To handle the extra power on the track, MSO also overhauled the car's aerodynamic profile. MSO increased downforce to as much as 1,700 pounds with new front dive planes, a wider front splitter, and a Gurney flap at the rear. The wing also sports larger endplates than the standard car, which is also meant to honor Senna's MP4/4 F1 car.

But the eye-catcher is undoubtedly the exterior. The color scheme mirrors the F1 racer Senna piloted in 30 years ago as he won the 1988 championship title in a McLaren MP4/4. He'd go on to win two additional titles driving for McLaren. The owner of the P1 was inspired by Senna from a young age and wanted to outfit the car as one tremendous salute to the late racer's achievements.

Exterior details include the Senna brand trademark on the front splitter and air intakes, which reads "Driven to Perfection." The doors also sport the Brazilian flag and a bar code used in place of "Marlboro" as deemed necessary by advertising restrictions. The P1 GTR's nose wears Senna's 1988 racing number 12, and one-off 30th-anniversary laurels sit behind the windows. MSO spent more than 800 hours on the paint and exterior design work.

READ: The McLaren Senna GTR is a track-only hyper car

The interior wasn't left out of the thoughtful touches, either. Like the exterior, Senna's signature and the quote, "I am not designed to finish 2nd or 3rd...I am designed to win," from Senna are found on the door sill. The Senna branding extends to the door panels and dash, which also feature a thin red stripe. The driver and passenger sit on seats plucked from McLaren's own tribute to the legendary racer, the McLaren Senna.

MSO has always shown it's capable of incredible one-off builds for its customers, but the special unit has perhaps outdone itself here.