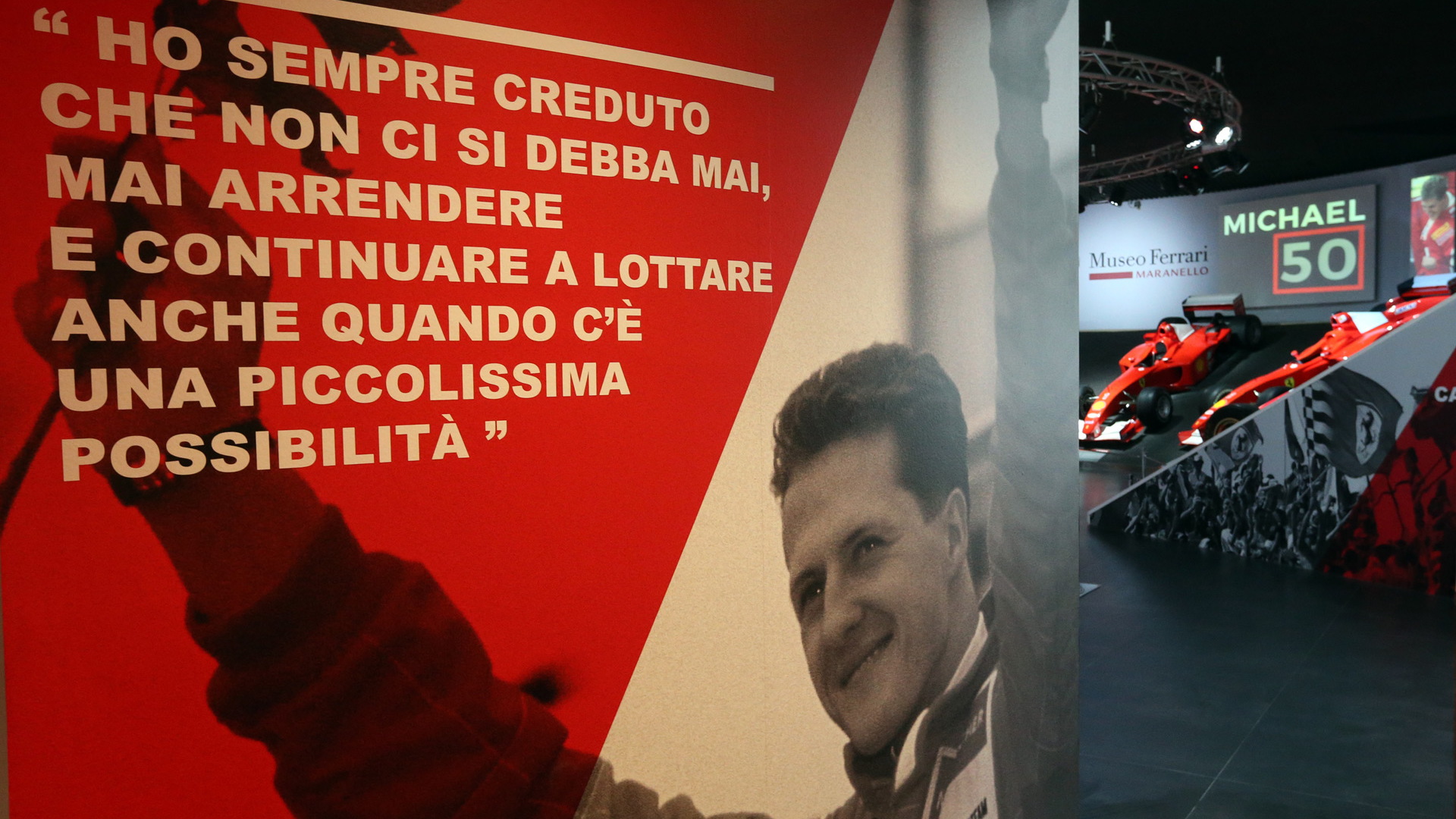 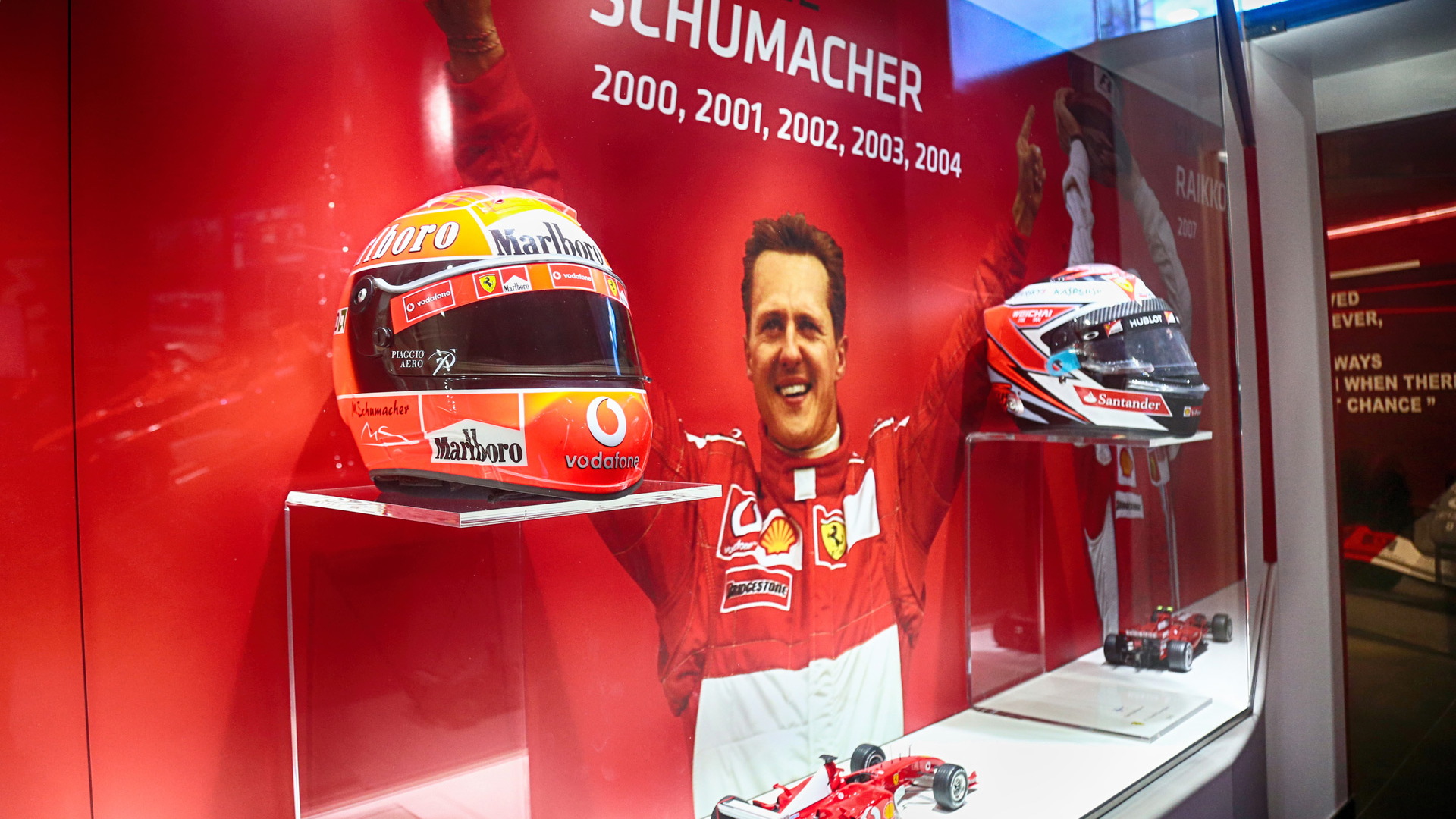 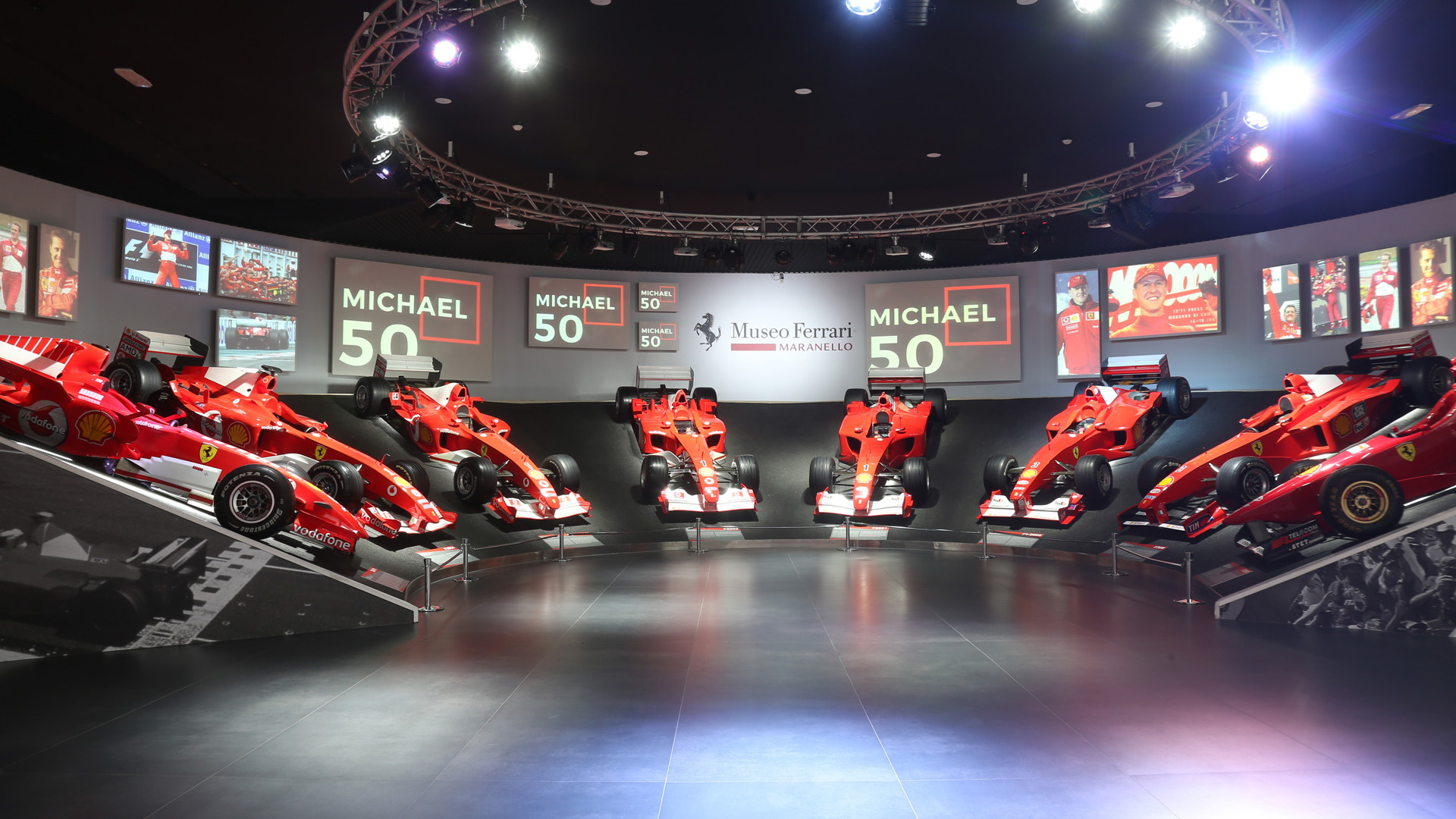 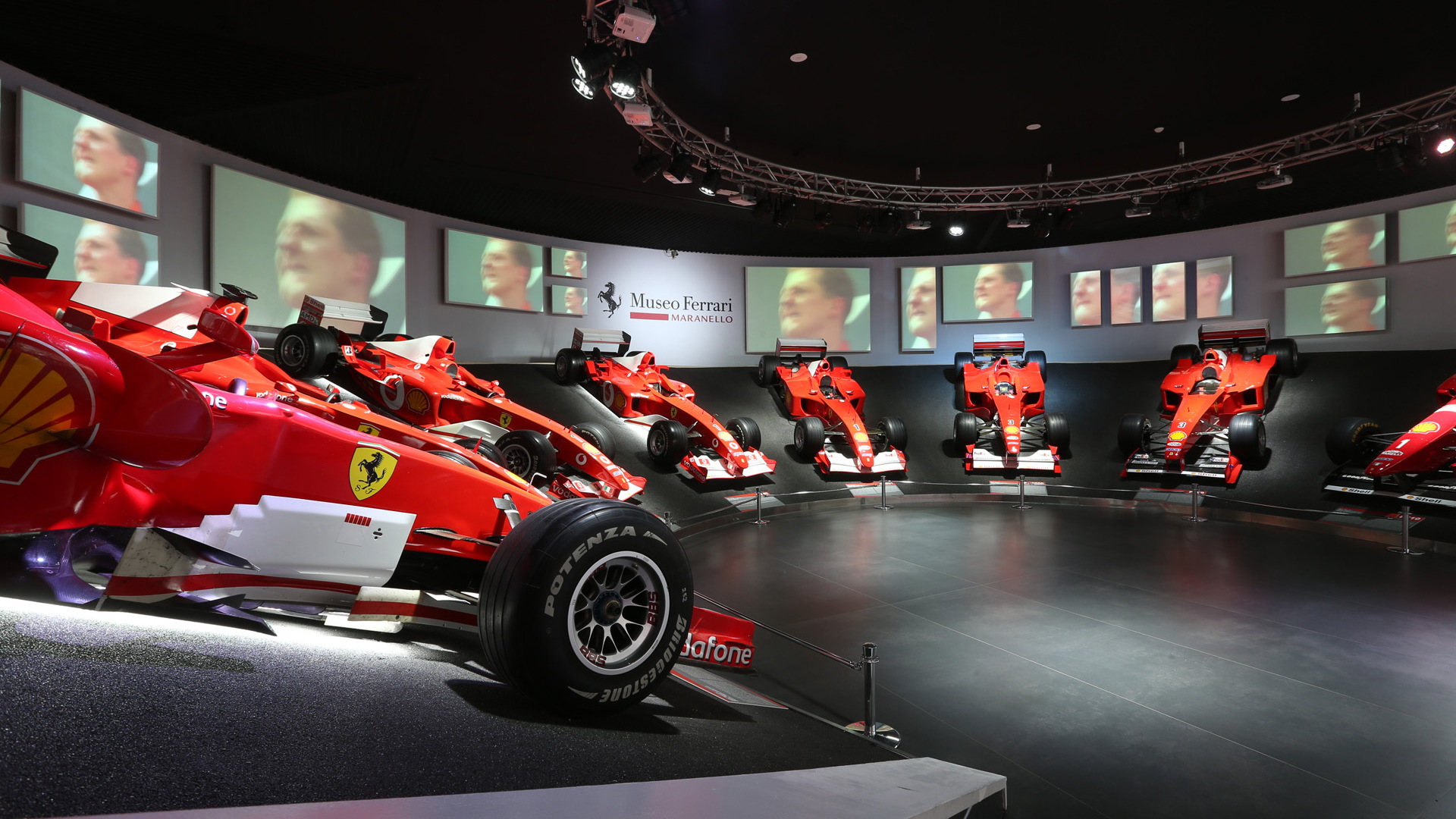 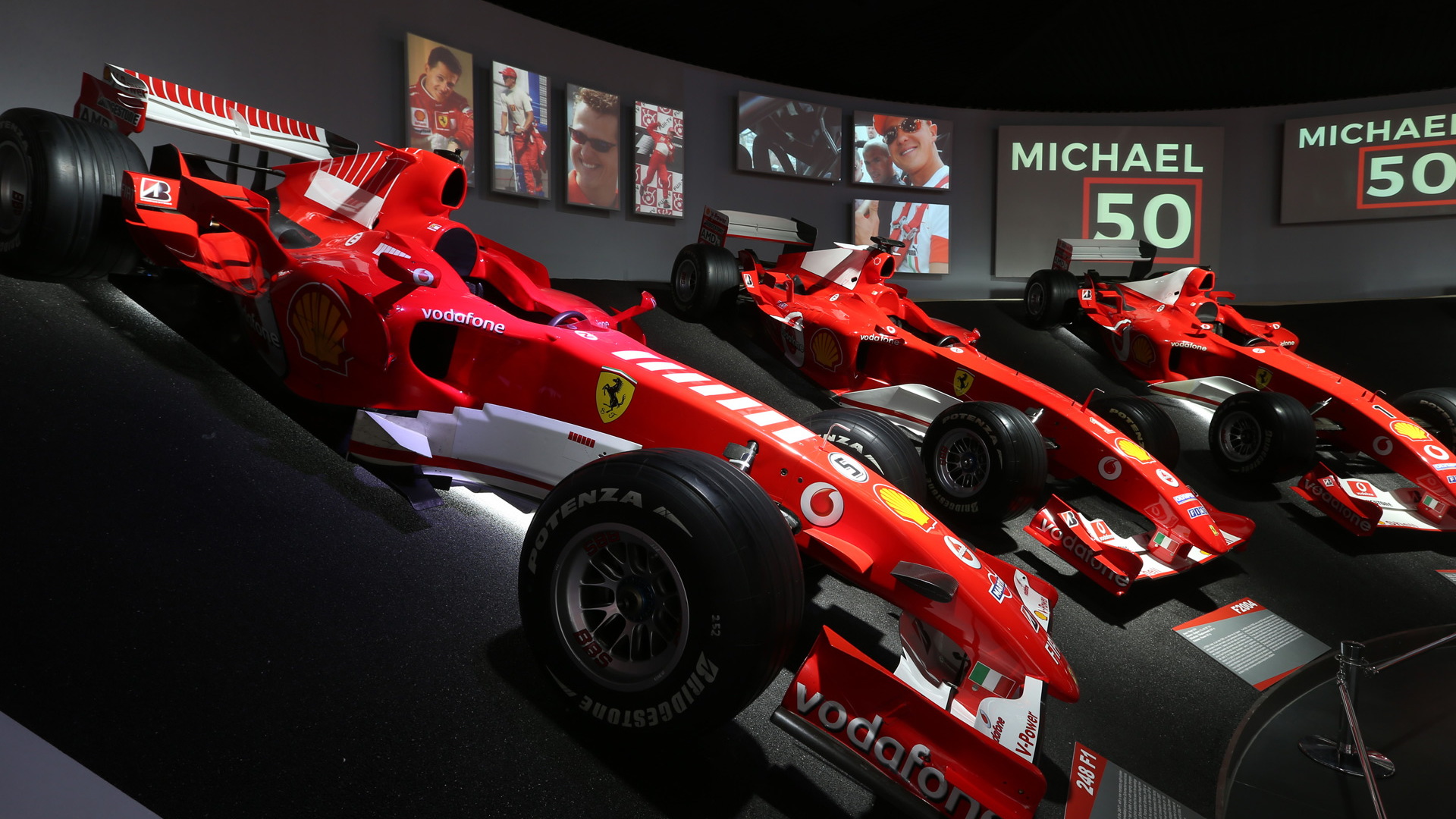 The Ferrari Museum has honored Formula 1 legend Michael Schumacher with a special exhibition to mark his 50th birthday.

Opening Thursday, the day of Schumacher's birthday, the exhibition is filled with memorable events and artifacts from the seven-time world champion's tenure as a Ferrari driver. Schumacher clinched five consecutive titles in F1 from 2000 to 2004. He also helped Ferrari secure six manufacturer's titles from 1996 through 2006. The retired-F1 driver also handed his time and skills to Ferrari to help develop road cars as a driver and later a consultant, including the 430 Scuderia in 2007 and California in 2008.

Part of the exhibition includes the most important Ferrari single-seaters driven in his eleven years with the Scuderia. They range from the F310 of 1996, with which Schumacher won three GPs in his first season with the Prancing Horse, to the F399, the car that won the Constructors' title in 1999 to set F1’s oldest team off on an exceptional run of victories. There is also the F1-2000, nicknamed the Alba Rossa, Italian for "Red Dawn," that Schumacher drove to Ferrari's first title since Jody Scheckter 21 years before. Then of course there are the record-breaking F2002 and F2004, and the 248 F1 of 2006, in which he triumphed at the Chinese Grand Prix for his 72nd and final victory with Ferrari.

Sadly, Schumacher is celebrating his 50th birthday in recovery after the star driver suffered severe head injuries in 2013. During a ski trip in France, he fell and hit his head with enough force to crack his helmet open. He was rushed to the hospital to remove blood clots. Five years on, updates on his health have been few and far between per the family's wishes for privacy. On Thursday, they released the statement, "You can be sure that he is in the very best of hands and that we are doing everything humanly possible to help him."

It's understood Schumacher is unable to walk or speak.

Ferrari's special exhibition honoring Schumacher has been brought to life via a partnership with the "Keep Fighting" initiative. Schumacher's family launched the non-profit organization in 2016 to help any individual suffering and attempting recovery after a serious accident.