The front-wheel-drive layout may be approaching the end of its heyday if the future VW execs imagine comes to pass.

In a roundtable interview at the 2018 LA Auto Show, Matthew Renna, North American head of e-mobility, said future electric cars will likely have their powertrains in the rear and use rear-wheel drive, Motor Trend reported last Friday.

Renna explained that gas engine cars have often have a front engine and front-wheel drive because it saves money, but putting the motor in the rear of an electric car would be cost neutral.

An electric car's drive unit is packaged much more efficiently than an internal combustion engine, and it's equally efficient to package said powertrain at the rear of the car. In the process, that "saves a few pennies of copper to lengthen the cable" versus packaging the powertrain at the front to create a front-drive car. Of course, two electric motors (one for each axle) creates an all-wheel-drive EV, which is also popular. 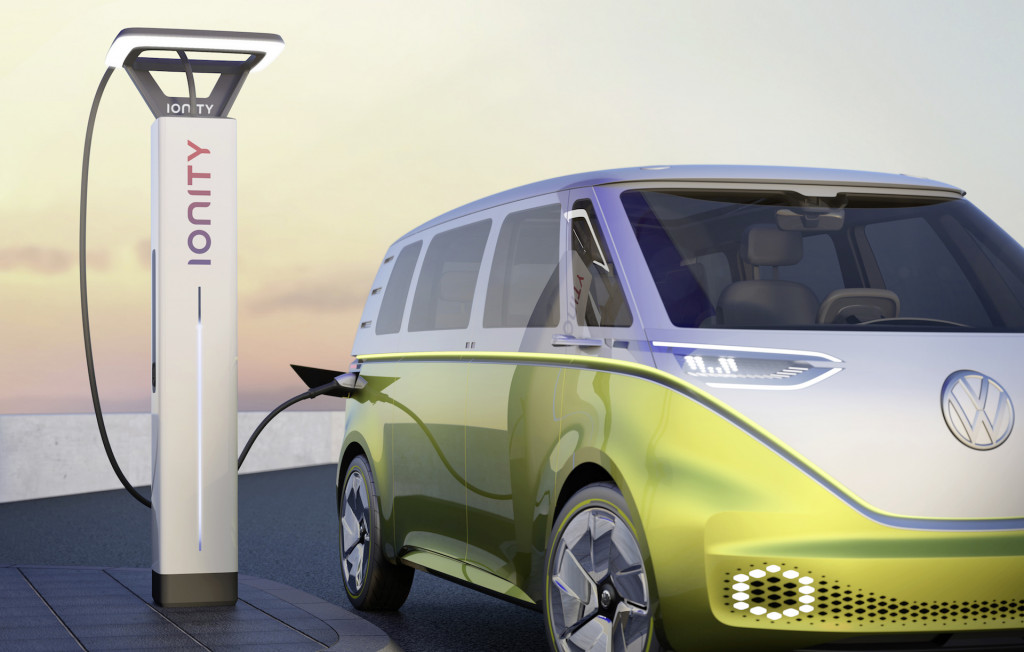 Even better: the rear packaging allows engineers to take advantage of a rear-drive layout's benefits.

"If it's the same efficiency and the same cost, dynamics would prevail," Renna noted.

Christian Buhlmann, VW's head of product line communications, explained the physics. The starting torque is moved from the front axle toward the rear axle and "that's exactly where you need the torque to be in your acceleration moment," Buhlmann said. Therefore, it doesn't make much sense to only use the front axle with cars that produce so much instant torque—which is the case for nearly every electrified car.

Given the potential for additional electric torque, all-wheel drive will become just as popular when automakers package their electric powertrains.

VW plans for a slew of electric cars with 30 electric cars on the way by 2025. From the insight shared in LA, we can expect few, if not any, of the future cars to feature a front-drive layout.