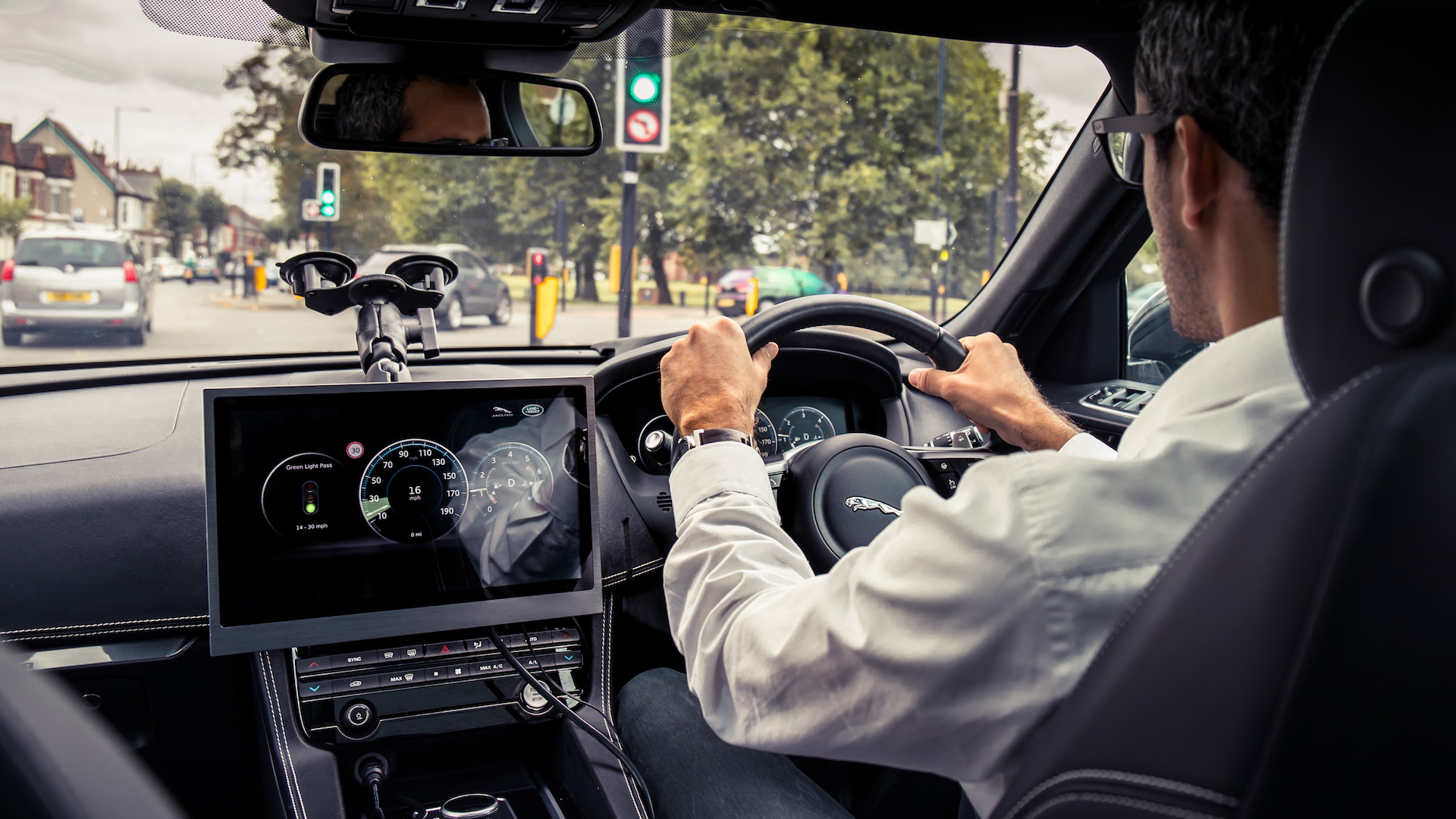 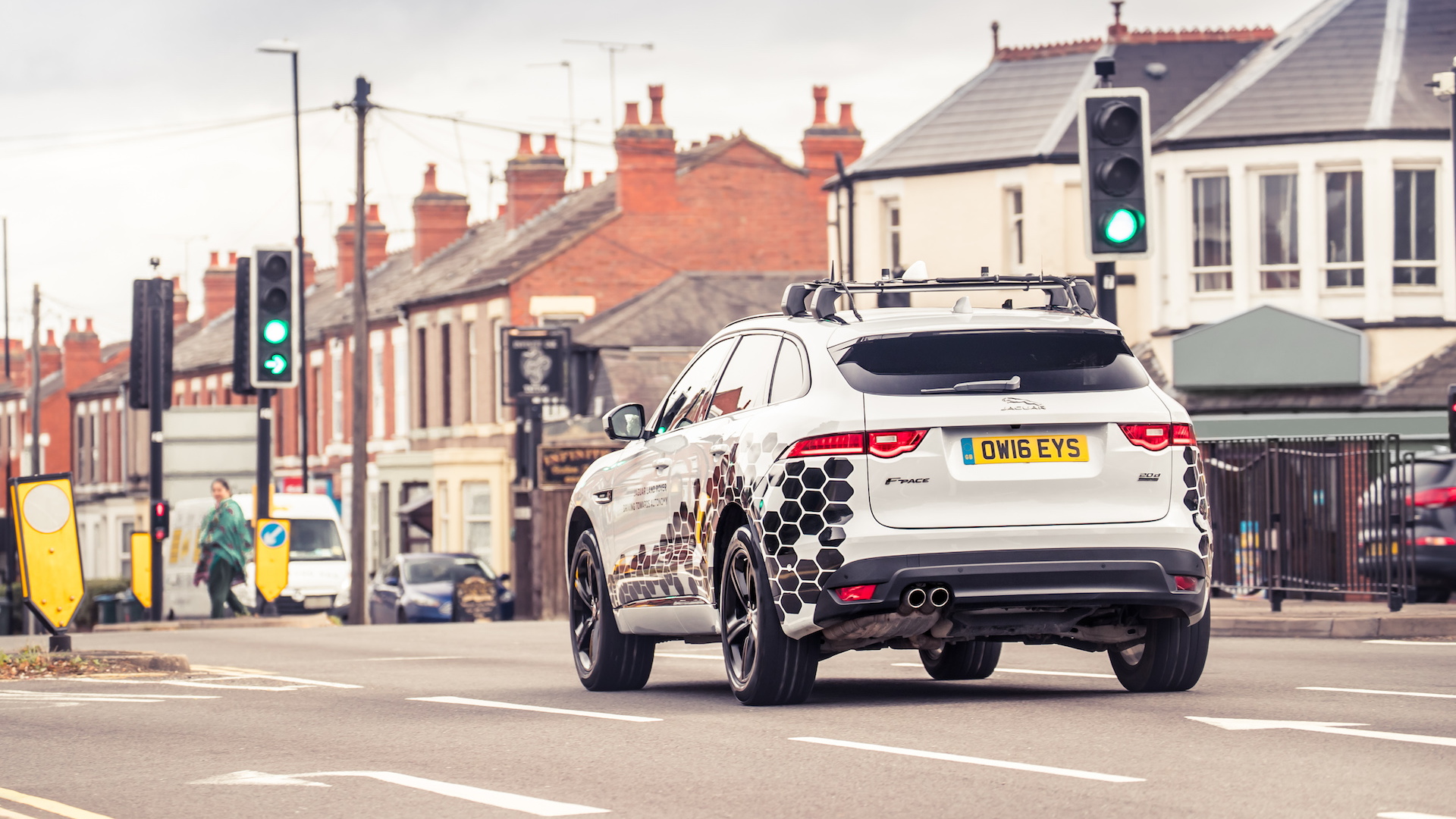 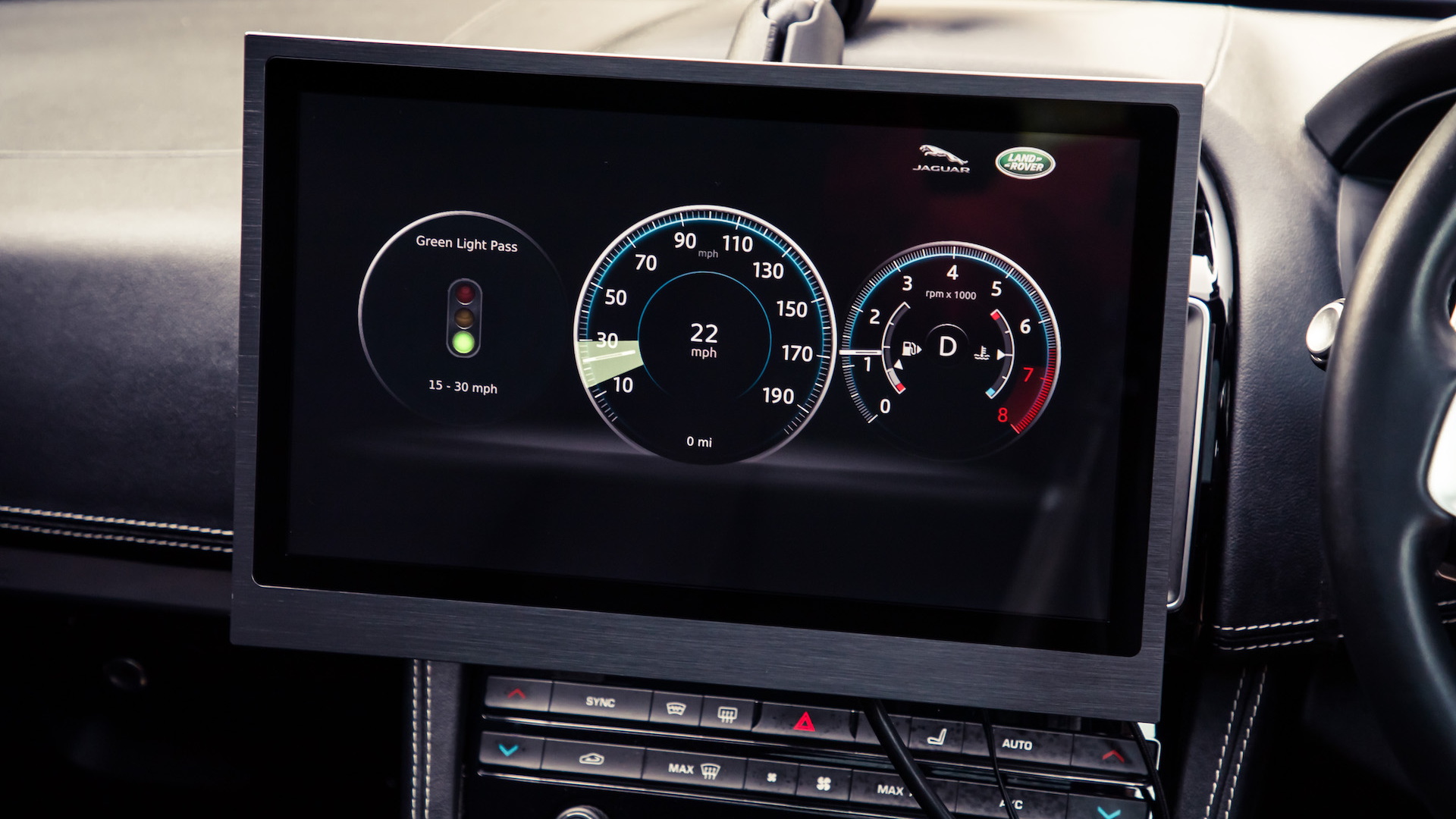 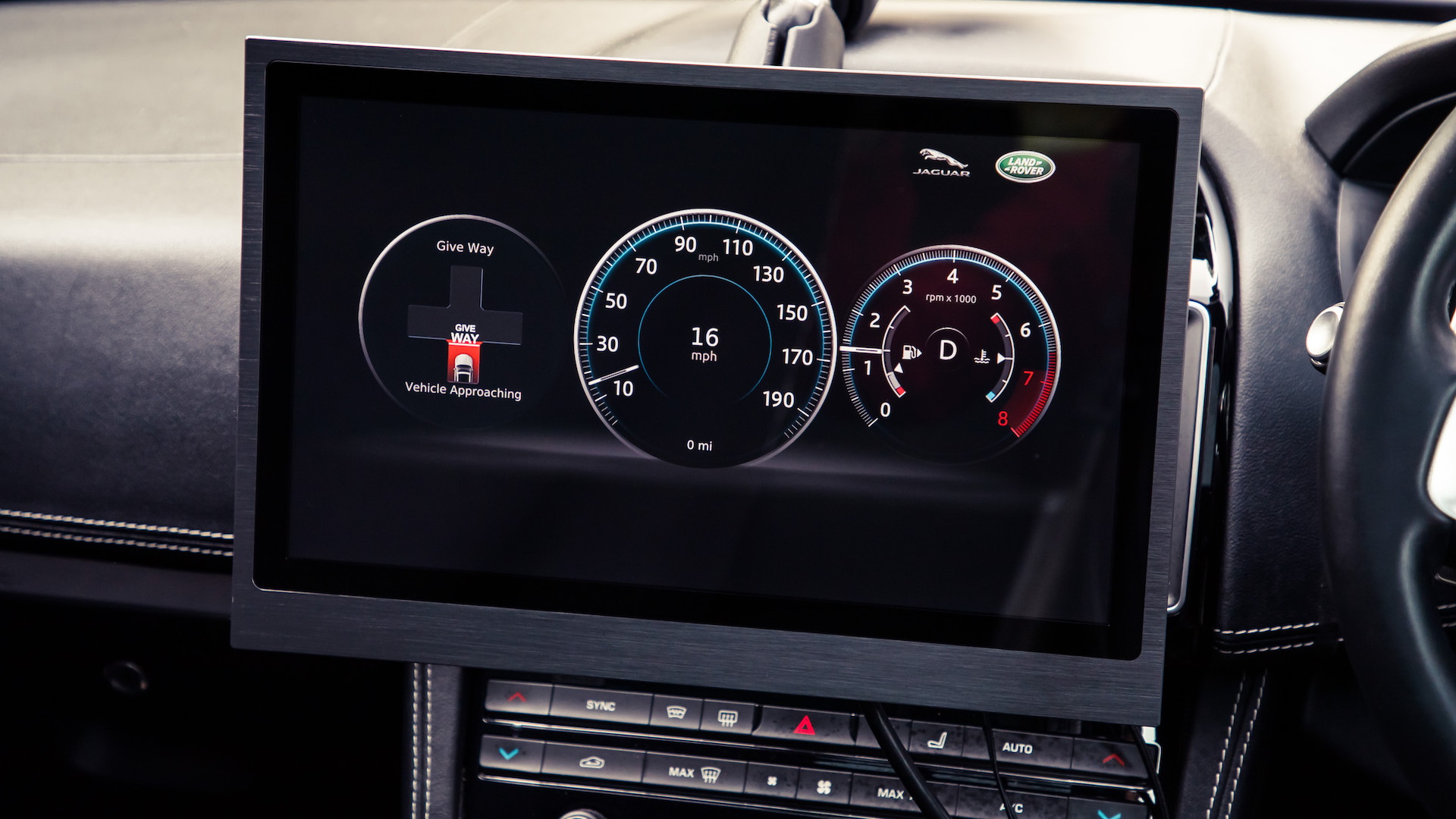 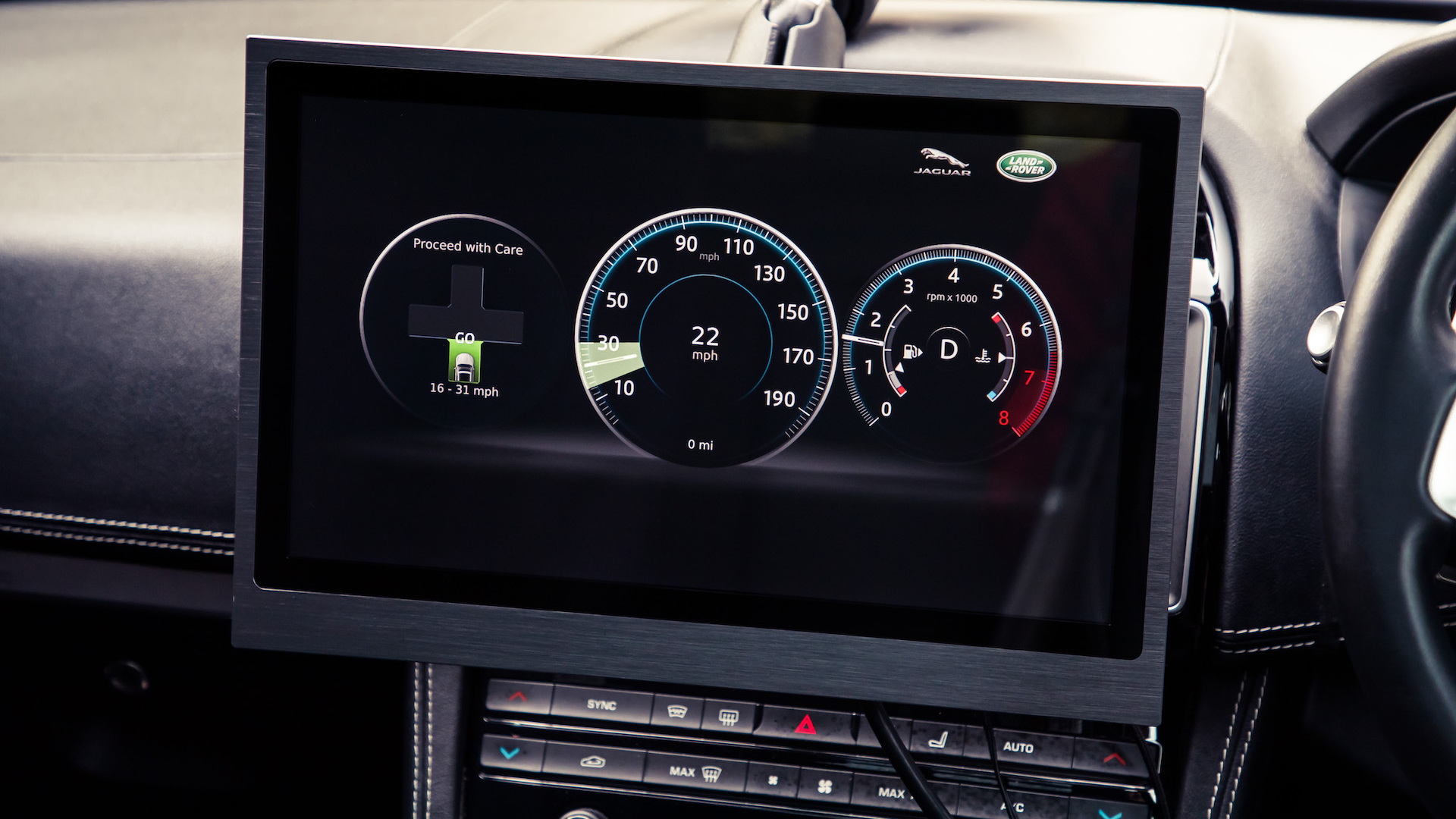 GLOSA communicates with connected traffic lights via vehicle-to-everything technology (V2X). Audi employs a similar system in its vehicles, which can communicate with traffic lights in 10 U.S. cities. JLR's system provides drivers the optimal speed to travel to ensure they don't get stuck at a red light as they approach an intersection.

JLR continues to test the prototype technology on Jaguar F-Pace SUVs as part of the UK Autodrive project. The government-funded project has provided nearly $26 million to help accelerate self-driving and connected vehicle technologies locally. JLR said widespread adoption of V2X technology will help drivers not only avoid intersections and red light delays, but also help improve air quality. The automaker imagines fewer drivers accelerating to rush through an intersection as a green light shifts to yellow.

The technology also has the potential to reduce traffic crashes. JLR is testing GLOSA with an Intersection Collision Warning system (ICW). The prototype safety system warns drivers of cars approaching in the intersection, can alert the driver that it is unsafe to move through a junction, and can suggest an order for vehicles to proceed through an intersection. Honda has also worked on a similar system that lets the car "see" through intersections to avoid collisions.

The safety improvements rely heavily on V2X adoption, however. Automakers have been slow to equip vehicles with the technology necessary to communicate with infrastructure. And it will also rely on cities' ability to implement the smart technologies, which could delay some of the safety benefits.

Notably, Toyota and VW have pledged to equip cars with V2X technology in the next few years. Today, the Cadillac CTS is one of the only models with V2V technology (vehicle-to-vehicle), which allows the sedan to communicate with other models. BMW, Ford, Hyundai, and Mercedes are also working on V2V or V2X technology.