Ford arrives in Las Vegas every year ready to take charge at the SEMA show. This year is no exception, as the automaker has more than 50 vehicles on display. Ford isn't just there to show off some cool stuff though, as once again the Blue Oval takes home a handful of awards hardware.

The F-150, Mustang, and Focus have garnered top trophies for Ford. SEMA has named the F-150 its Truck of the Year. This marks the eighth time the F-150 has received the honor, which is remarkable especially because the award has only been around for nine years. For four years in a row now, the Ford Focus has been crowned the Sport Compact of the Year.

The Ford footprint at SEMA is massive. Inside the show halls, you'll find an onslaught of heavily modified cars, trucks and SUVs from the automaker. Not just in the automaker's own booth, but spread out throughout other booths as well. Step outside into the sun and you'll then see and hear Ford products being ripped around a demonstration course. Raptors are leaping over things while Mustangs are drifting around them. It's clear that Ford dominates at SEMA. 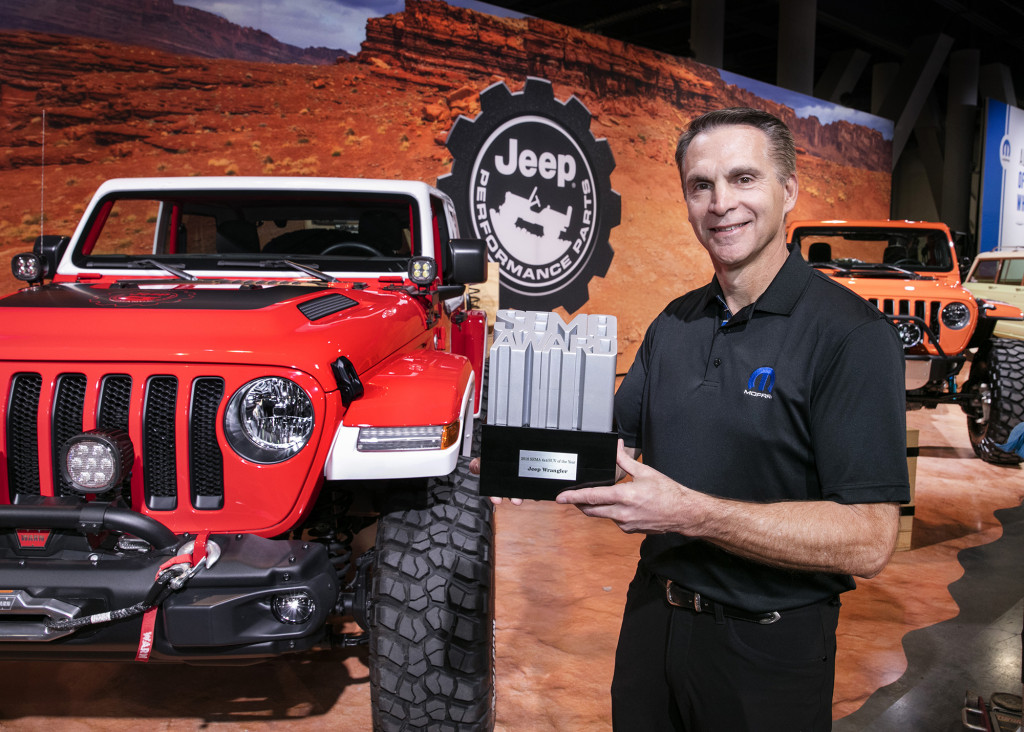 Not every award goes Ford's way though. Jeep takes home a bit of hardware of its own. For the ninth consecutive year, the Jeep Wrangler has been crowned the 4x4/SUV of the Year. Every year since the award was launched back in 2010, this SEMA honor has been given to Jeep.

It's not surprising really, given how much Jeep owners love customizing their Wranglers. In fact, we'd venture to say that the Jeep Wrangler is one of the most customized vehicles out there. Any time you run across a Wrangler, there's something on it that's been changed and upgraded to the owner's liking. It might be something as simple as wheels and tires or as complex as full suspension and engine swaps. Either way, Jeep owners love their machines, and they love upgrading them too.