Lord March's driveway wasn't the only place to burn rubber in Southeastern England on sunny Friday. Carved into a densely wooded hill near Goodwood House, the anchor of a 12,000-acre estate that caters to car enthusiasts with the Festival of Speed, sits a mini rally stage.

It's a playground for rally drivers on their day off, and Motor Authority got to tag along for the afternoon. Rally cars spanning every generation—from the early 1960s to modern day—sit under tents, and famous drivers mingle with the general public. It's hard to imagine a more casually thrilling event for car enthusiasts.

Here's a look at our 10 favorites. 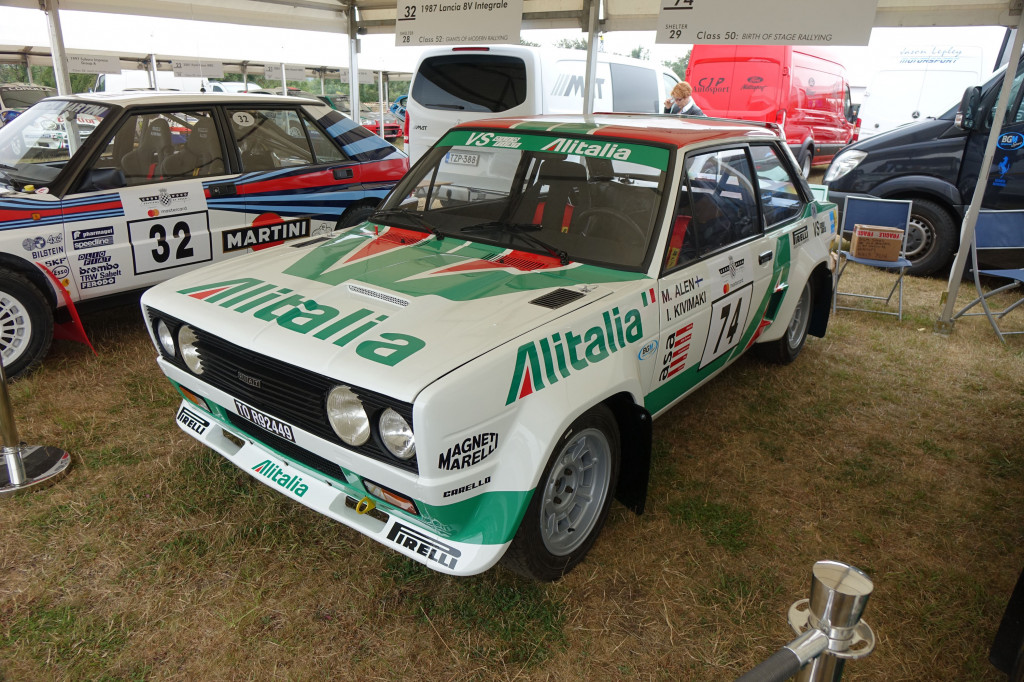 The boxy Fiat 131 was a force to be reckoned with in Group 4 rallying in the 1970s. This particular car belongs to the DirtFish rally school in Washington, and it's one of just a handful of restored 131s. It wears its period Alitalia livery from when it was campaigned by Markku Alén and Ilkka Kivimäki. 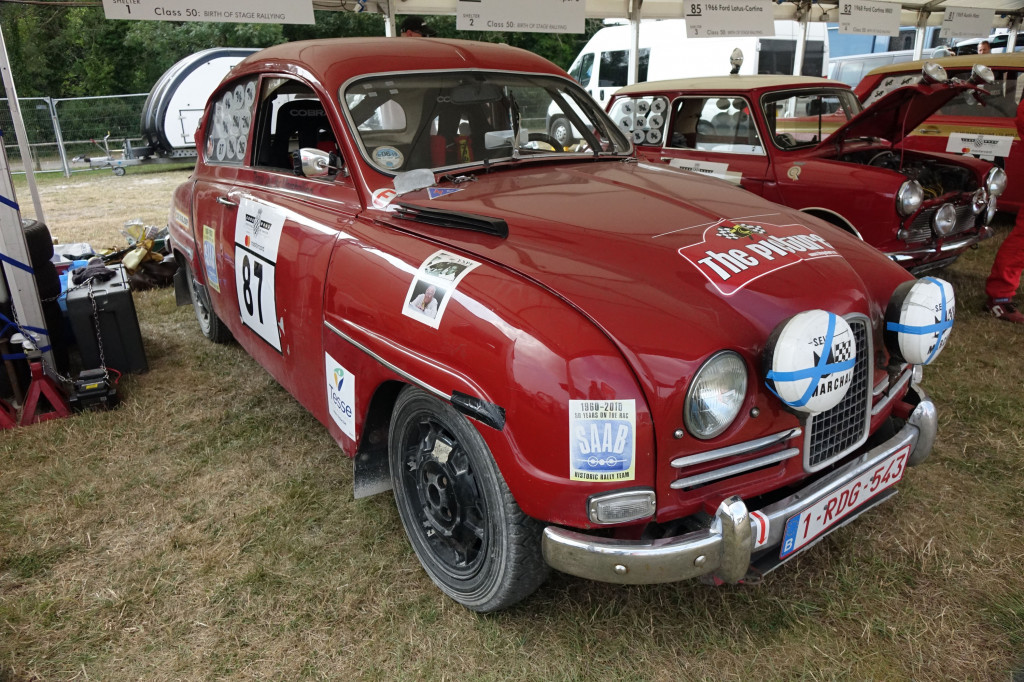 Look, a Saab 96 rally car that's not on its roof! The 96 was most famously driven by Erik Carlsson, who gained a reputation for flipping the ovoid two-stroke, front-wheel-drive racers upside down. The tough 96s cemented Saab's decades-long reputation for building robust small cars. 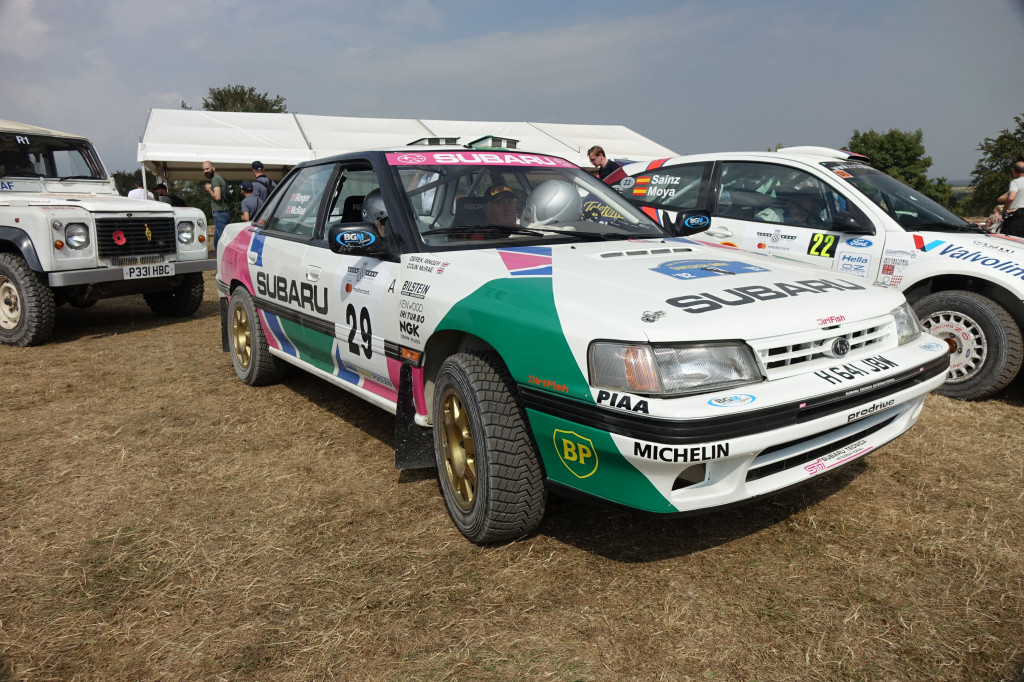 This Prodrive-built Subaru Legacy is the car that Colin McRae drove in Group A rallying in 1993, and it's the car that really set the stage for his career. A win at that year's Rally New Zealand launched both McRae's career and the Subaru World Rally Team, two forces that would become dominant through the 1990s and eventually would lead to today's Subaru WRX and WRX STIs. 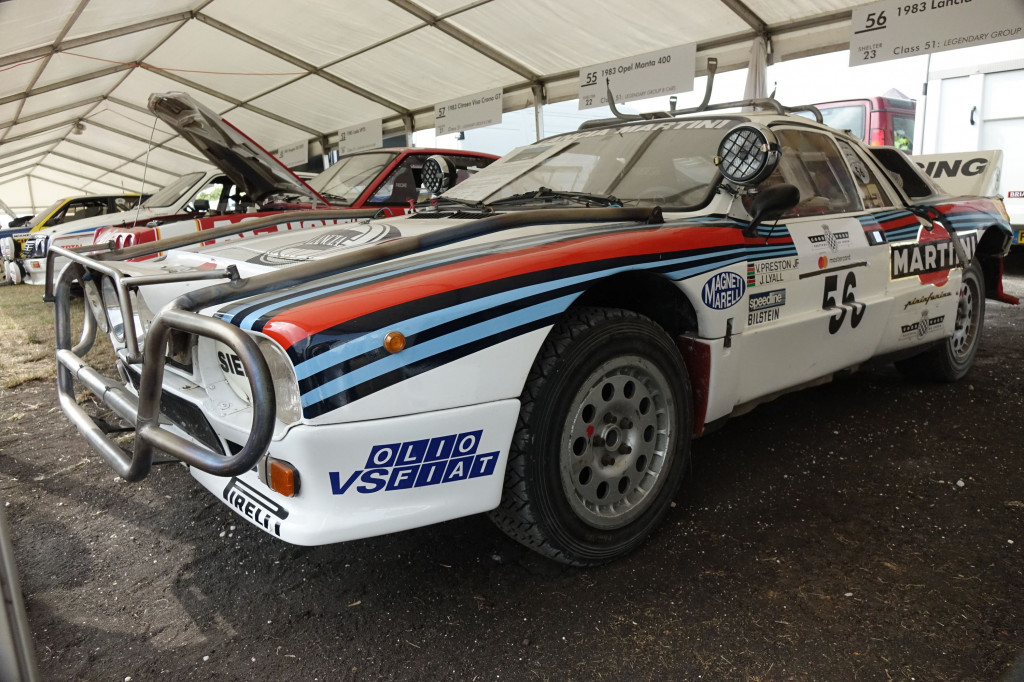 The 037 dates from a brief racing heyday when the FIA loosened Group B rules and allowed pretty much anything to go. Though it was loosely related to the Lancia Montecarlo/Scorpion, the 037 was its own beast meant specifically for rallying. Its inaugural season was fraught with errors, but by 1983 the Martini Racing team captured the Constructors' title. 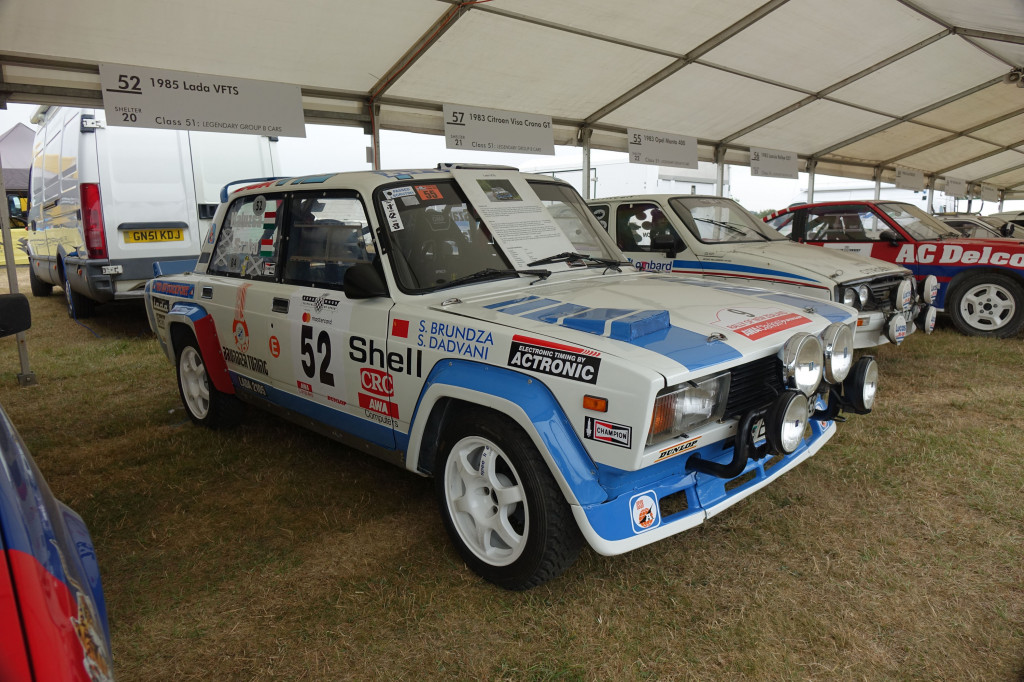 The Iron Curtain opened slightly in 1982 when Soviet state-controlled (is that an oxymoron?) automaker Lada received FIA homologation for a rally version of its Lithuania-built 2105. Lada's boxy four-door actually started life as a Fiat 124 nearly three decades earlier, so the Soviets weren't exactly dealing with the latest tech when they tried to use the VFTS as a means of marketing themselves to the free world. 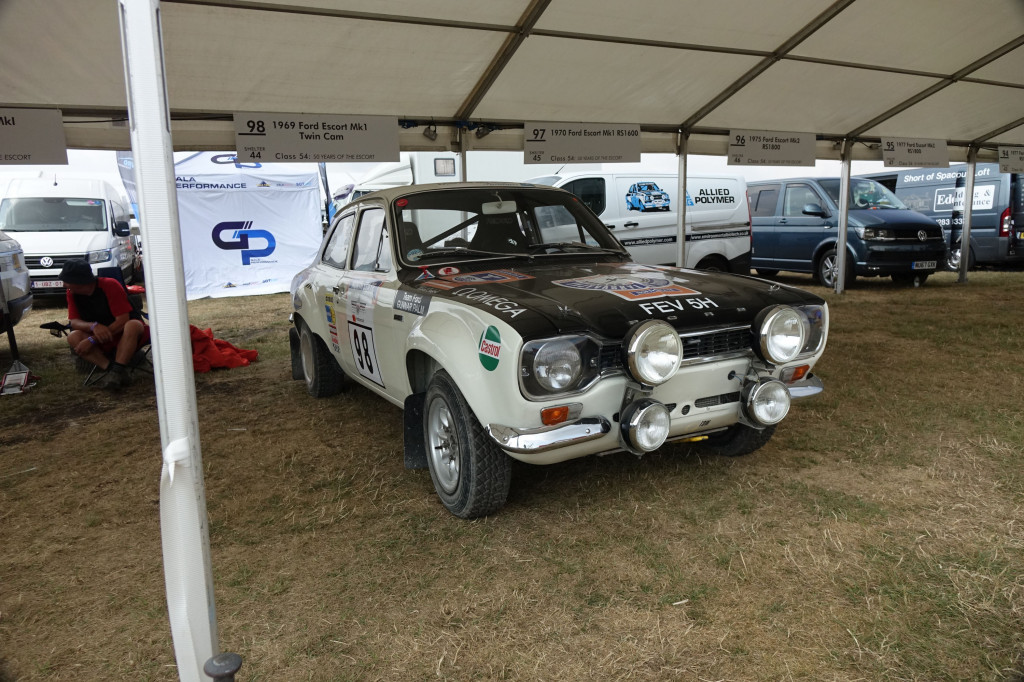 This year marks 50 years of the Ford Escort, a model not at all related to the rarely exciting Escort sold in the U.S. The European Escort was a rallying force in the 1960s and retains a cult following outside of the U.S. today. In the U.K. in the 1970s, Ford even started an Escort spec series to recruit drivers. 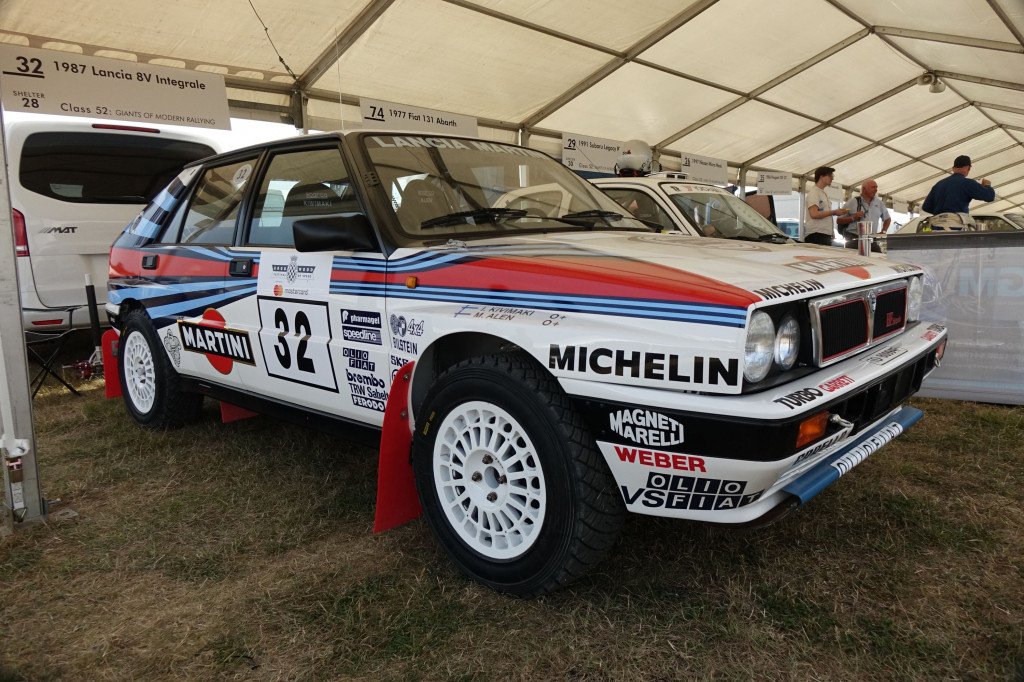 Few cars have had the breadth of lineup of the Lancia Delta. While Italian pensioners bought 1.1-liter versions, the Group A rally cars brought home trophy after trophy—46 World Rally Championship victories between 1987 and 1992. It's unfortunate to think of how far Lancia has dropped in the last 25 years. 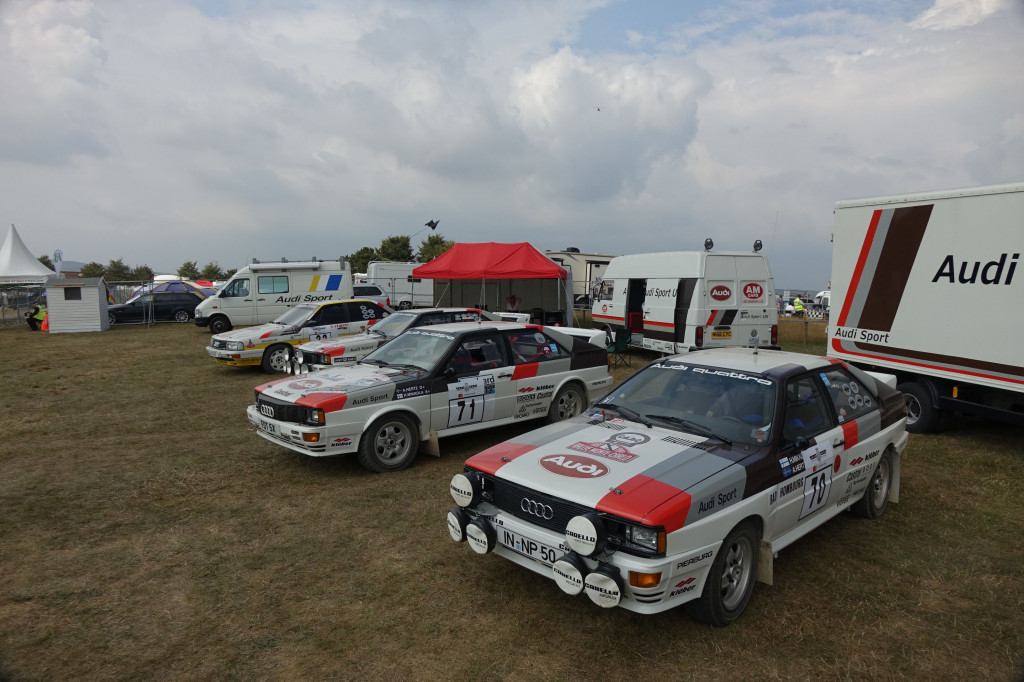 Audi forever changed the face of rallying—and performance cars in general—when it introduced its four-wheel-drive system, Quattro. The cars pictured here, early A1 and A2 evolutions, arrived as the FIA reshaped Group B due to the Quattros' early dominance. 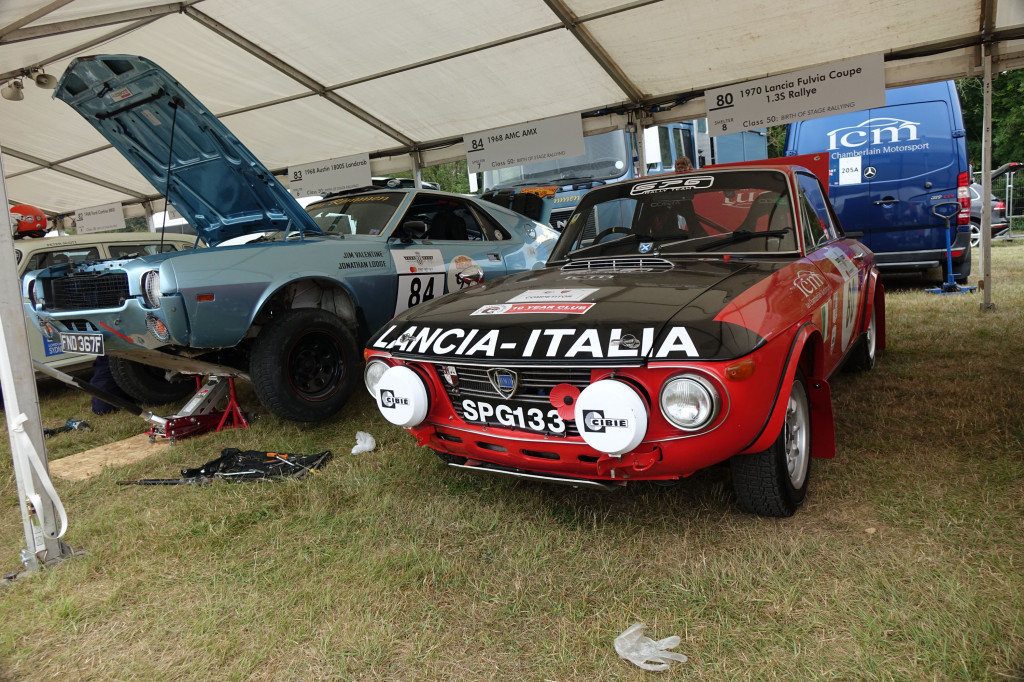 After it withdrew from Formula 1, Lancia set its sights on rallying in the 1960s with its advanced Fulvia. The front-wheel-drive coupe featured a sophisticated V-4 engine and four-wheel Dunlop disc brakes, making it a high-tech car for the early 1960s. That rally success followed was hardly a surprise.