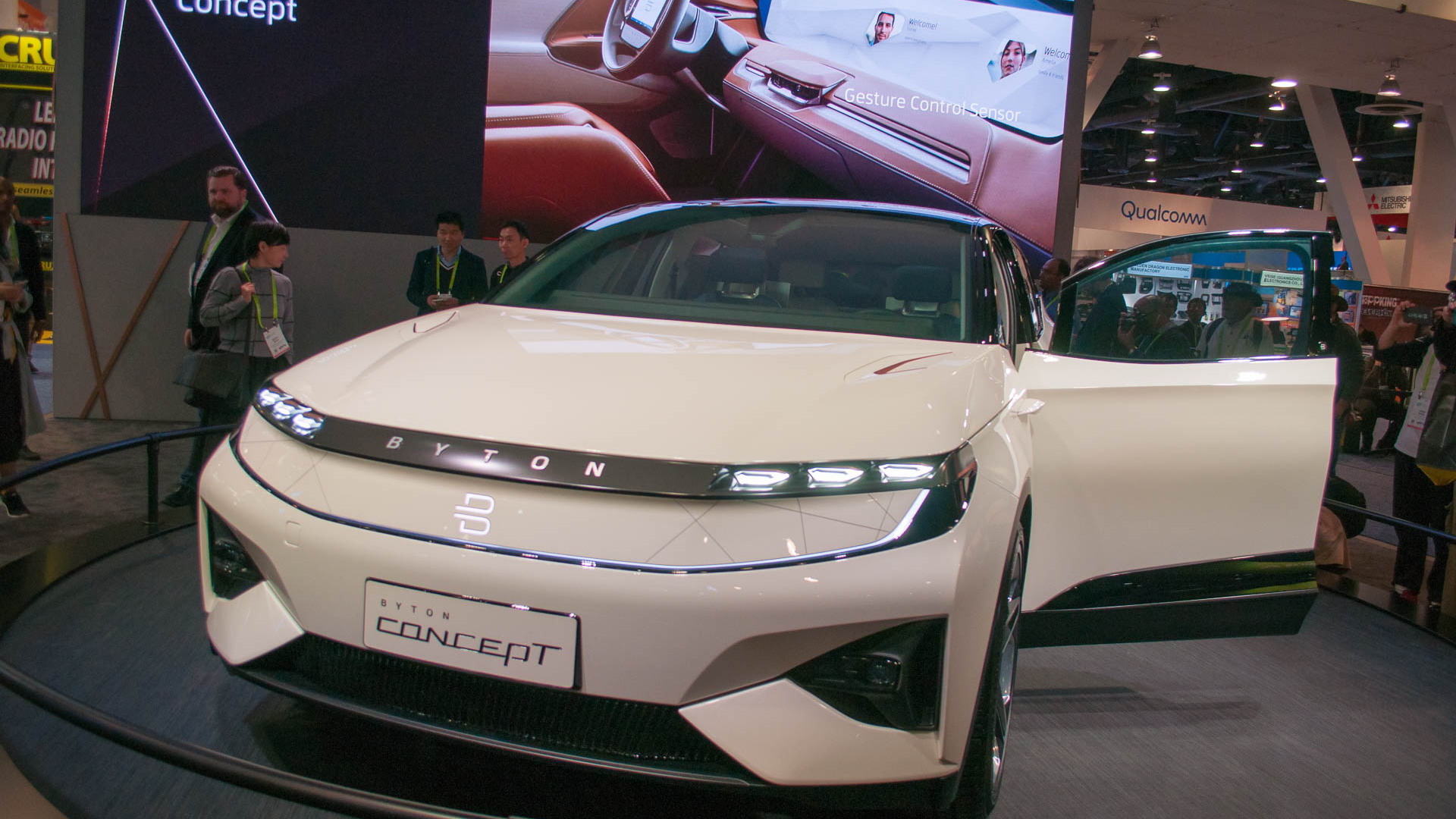 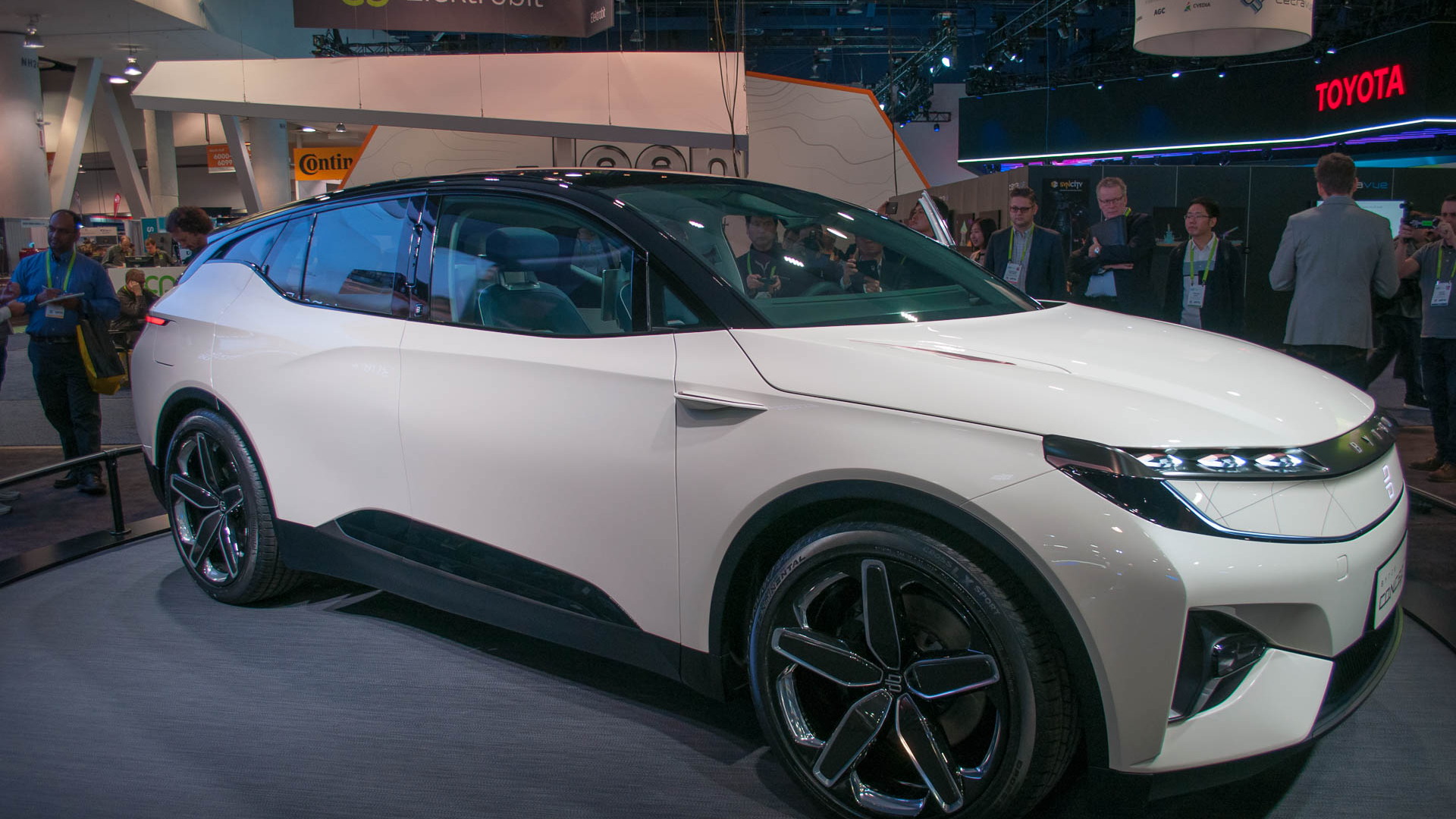 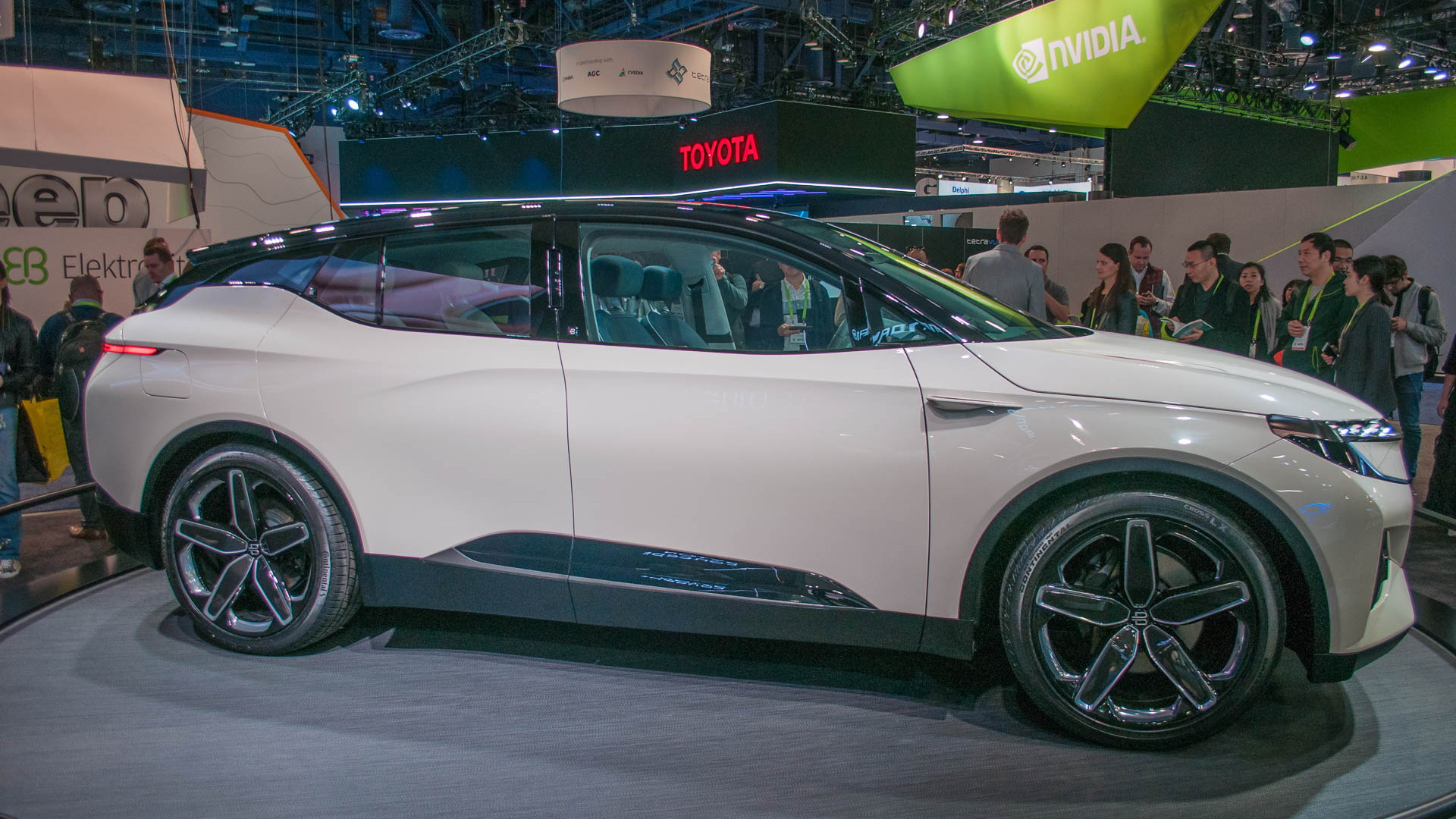 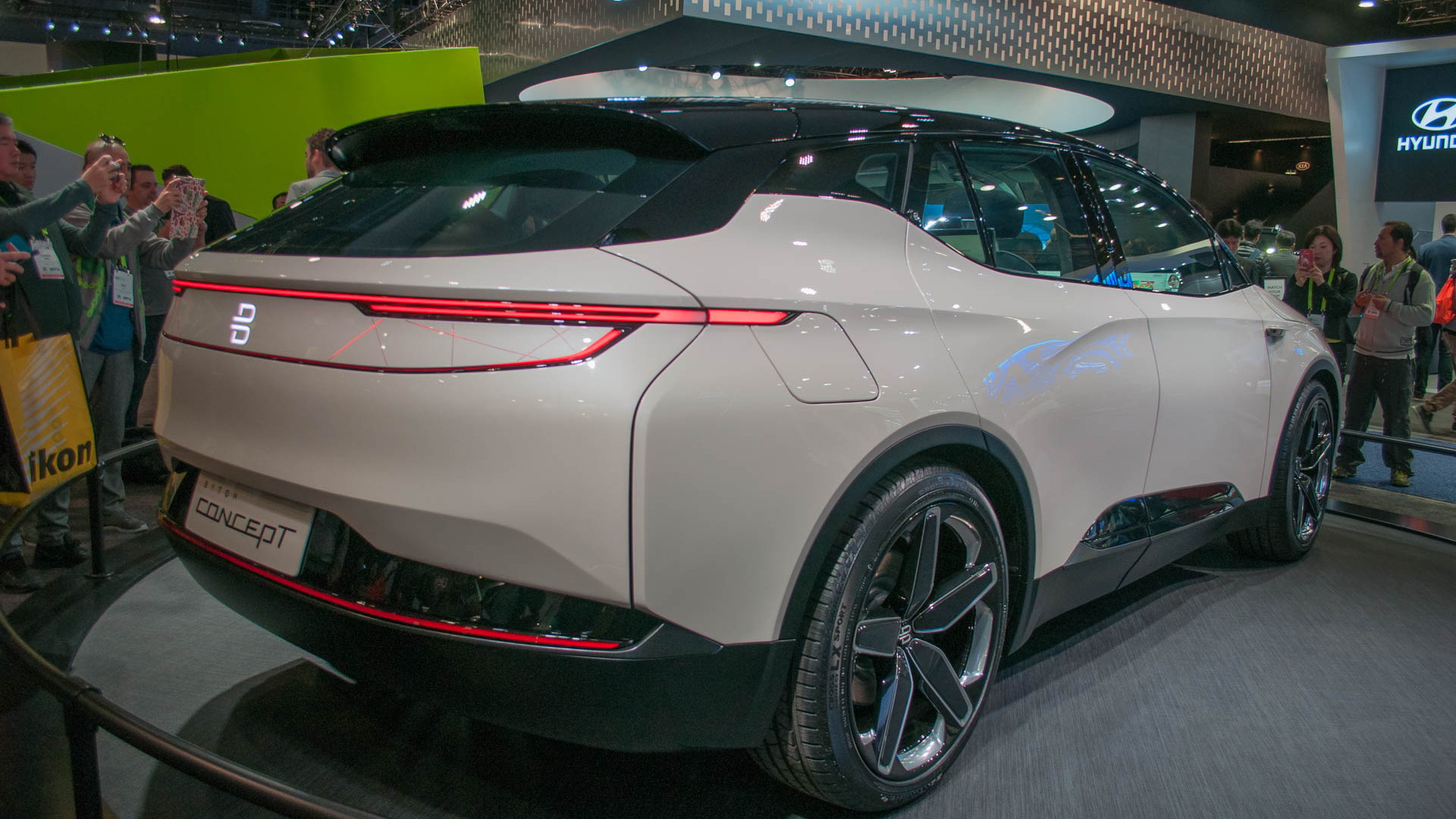 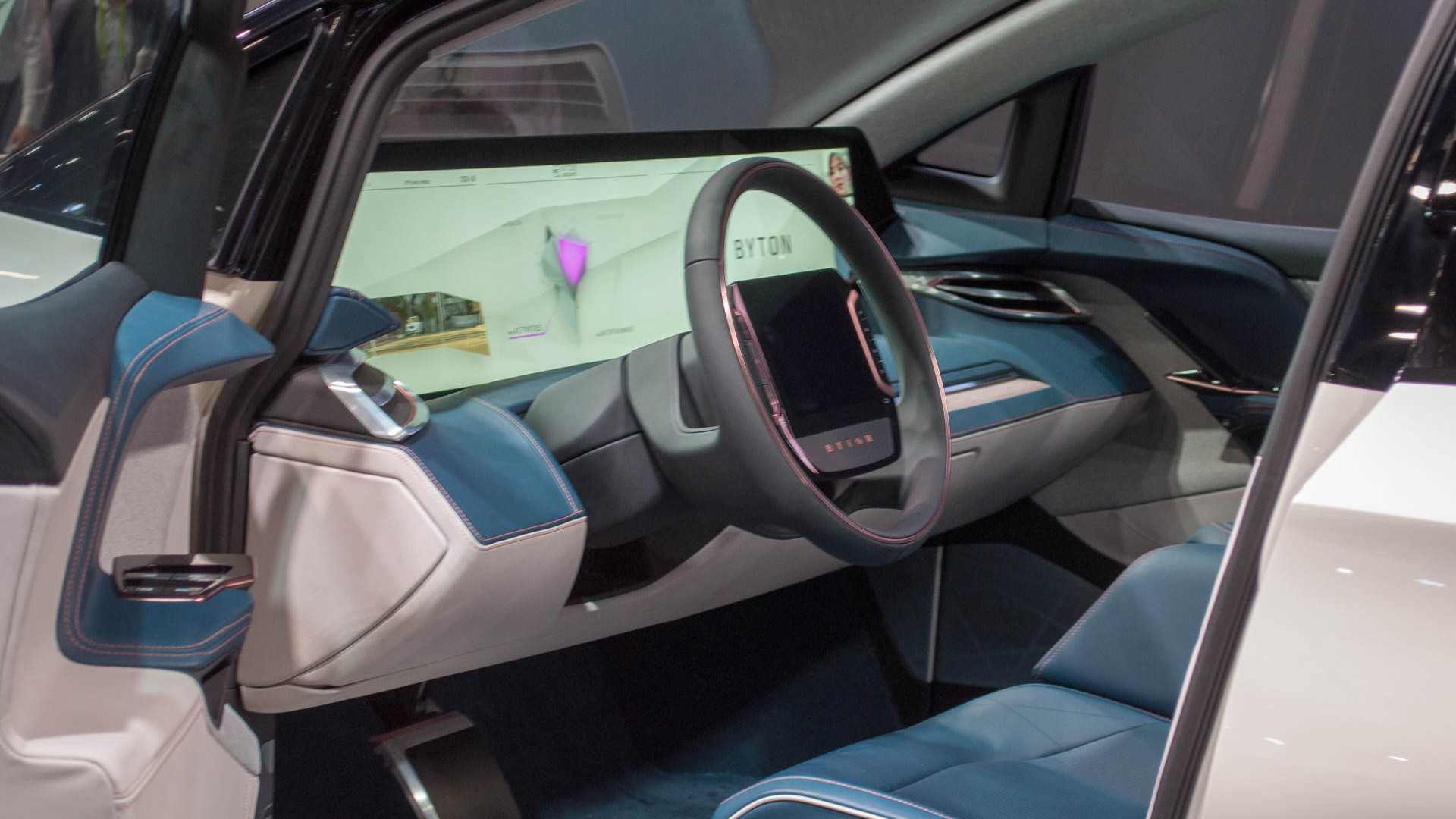 Byton, the Chinese electric-car start-up, has fresh cash on hand. The company announced on Monday that, after a new round of funding, it has another $500 million in the bank.

Major investors involved in the latest round of funding include Chinese automaker FAW Group and a major battery supplier. In a press release, the company said the new funds will put the company in a "strong financial position for continued progress in mass production, R&D and product development."

In other words, Byton intends to accelerate development of its first electric and connected car, thus far simply called the Byton concept.

Per the company, Byton hopes to put its first prototype cars on the road in April 2019. Pre-production is slated to begin in the first half of 2019, and mass production in the fourth quarter of 2019.

Byton made a splash at the 2018 Consumer Electronics Show with its ultra-connected electric concept car. While Tesla may have brought the electric car into the public eye and produced it in relatively large numbers, Byton wants to bring mass-produced connected cars to market. Walk up to a Byton and the vehicle's camera recognizes the owner, it knows health data, checks the owner's schedule, and can continue streaming video from a smartphone. And inside, a massive screen measuring 49 inches spans the dashboard.

Climate control settings, swiveling front seats, and most other vehicle functions, including the gear selector, are all controlled from a steering-wheel-mounted screen in the concept vehicle. As for self-driving capability, Byton has partnered with Aurora.

With the funding announcement, Byton also announced the opening of its global headquarters in Nanjing, China. The Nanjing facility joins an R&D center in Silicon Valley and a design center in Munich, Germany.