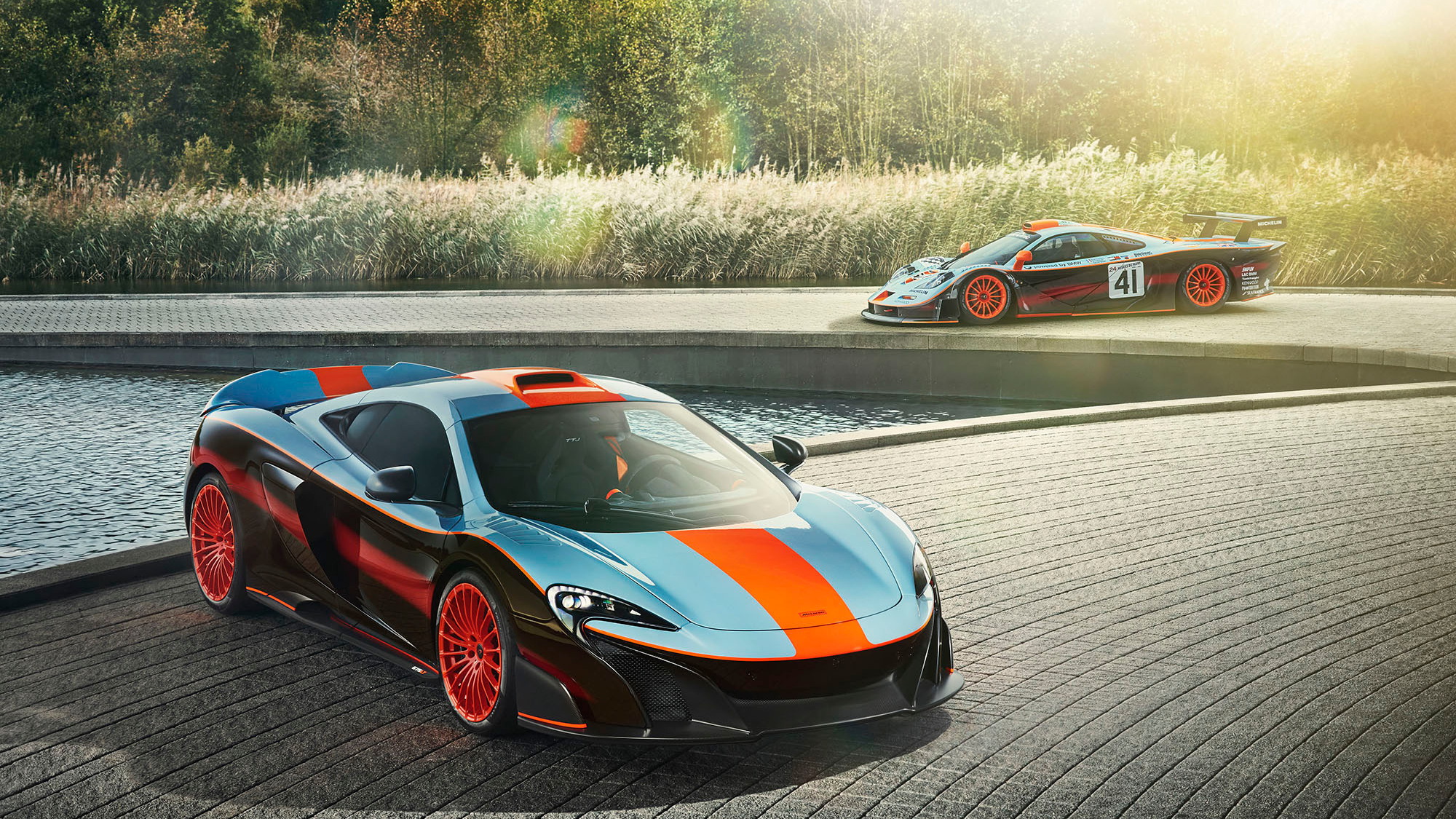 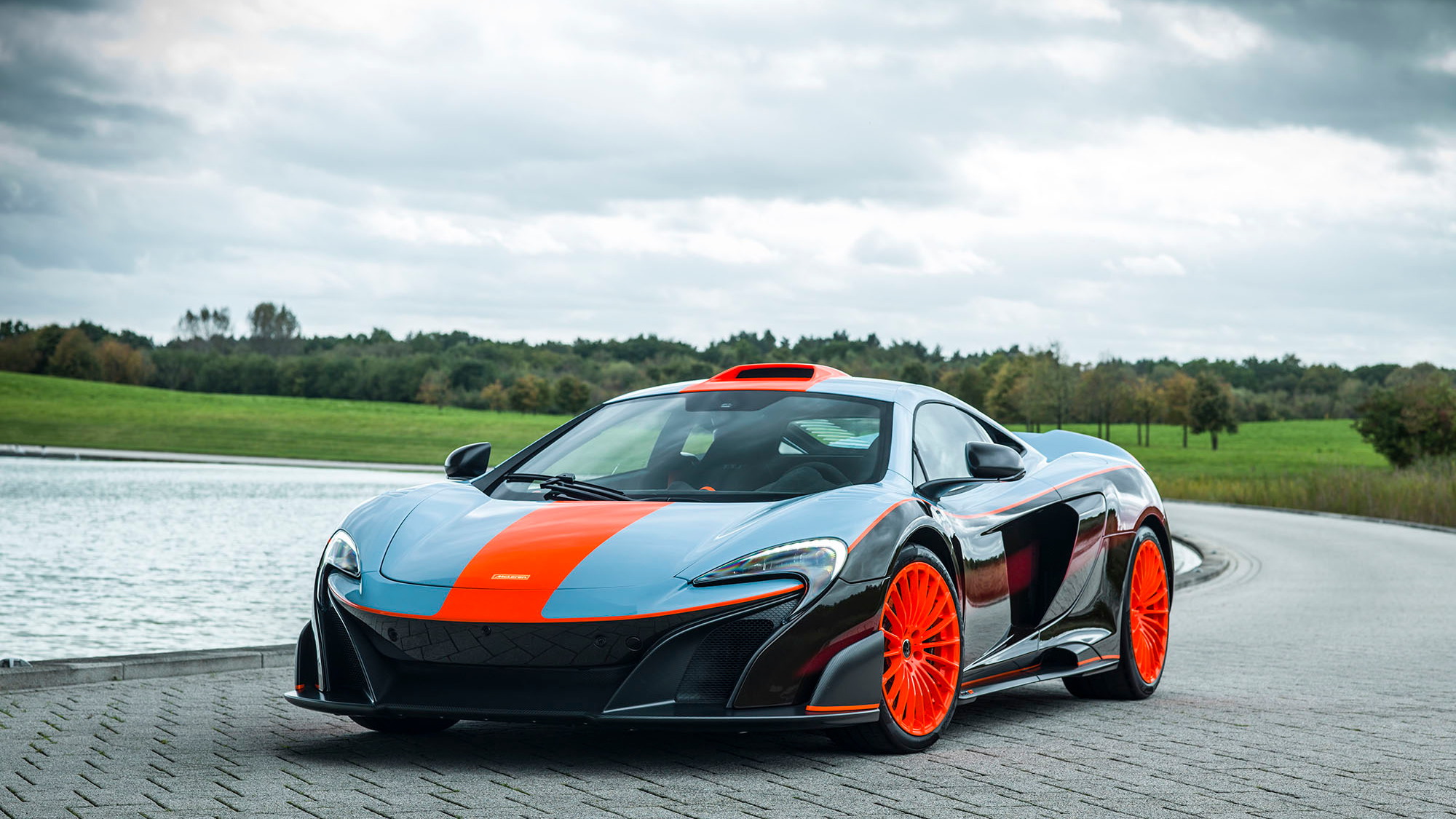 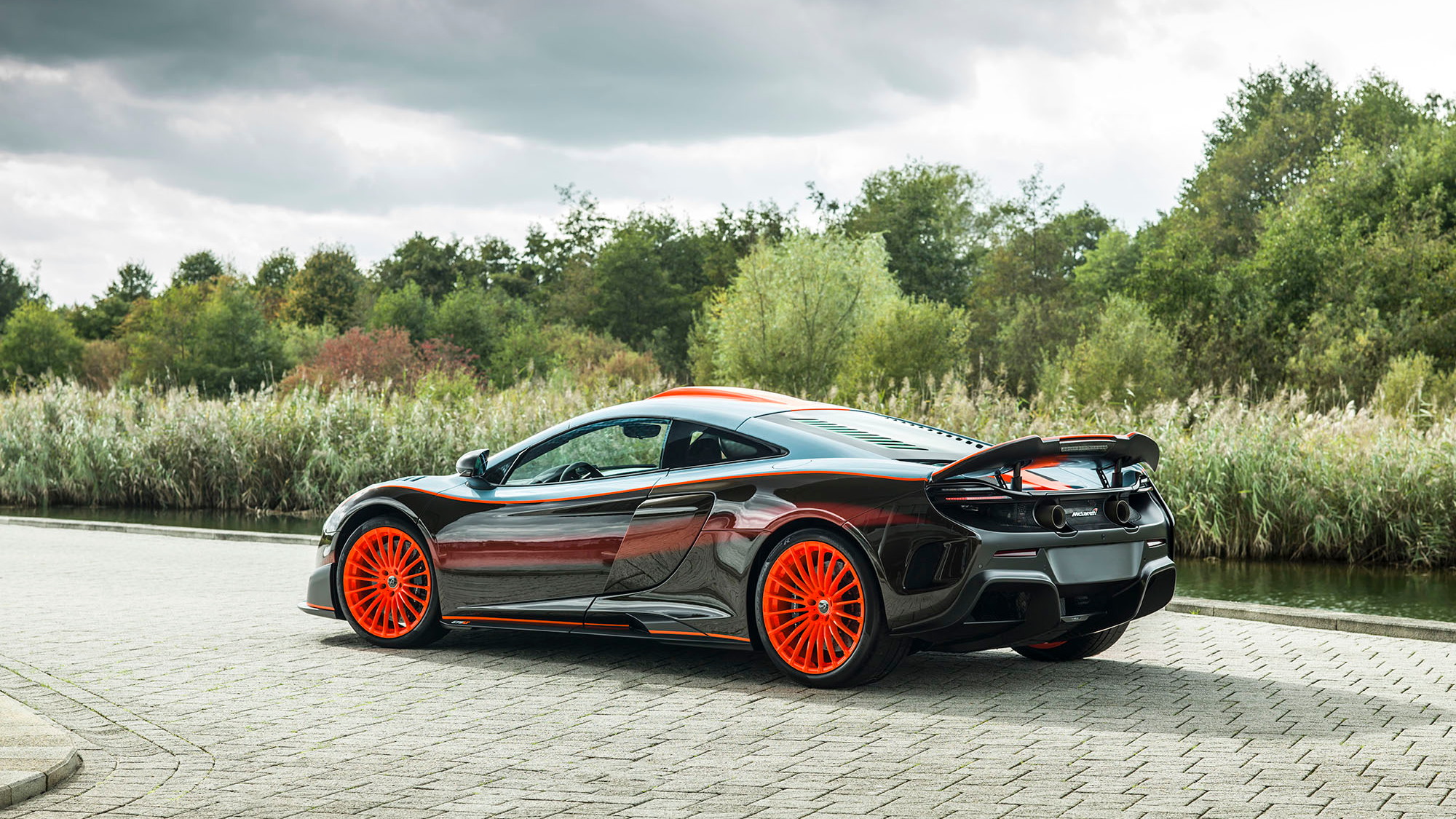 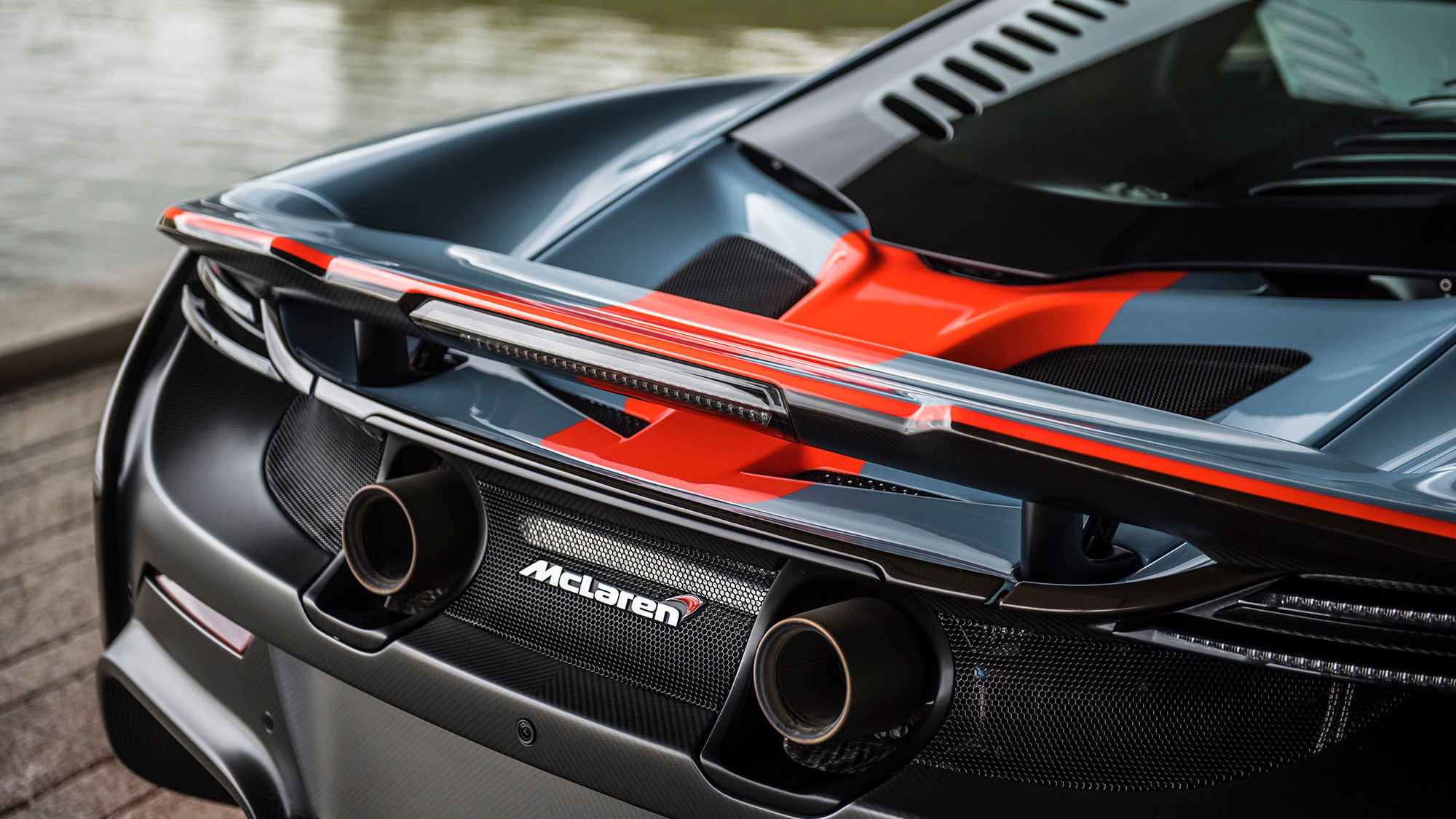 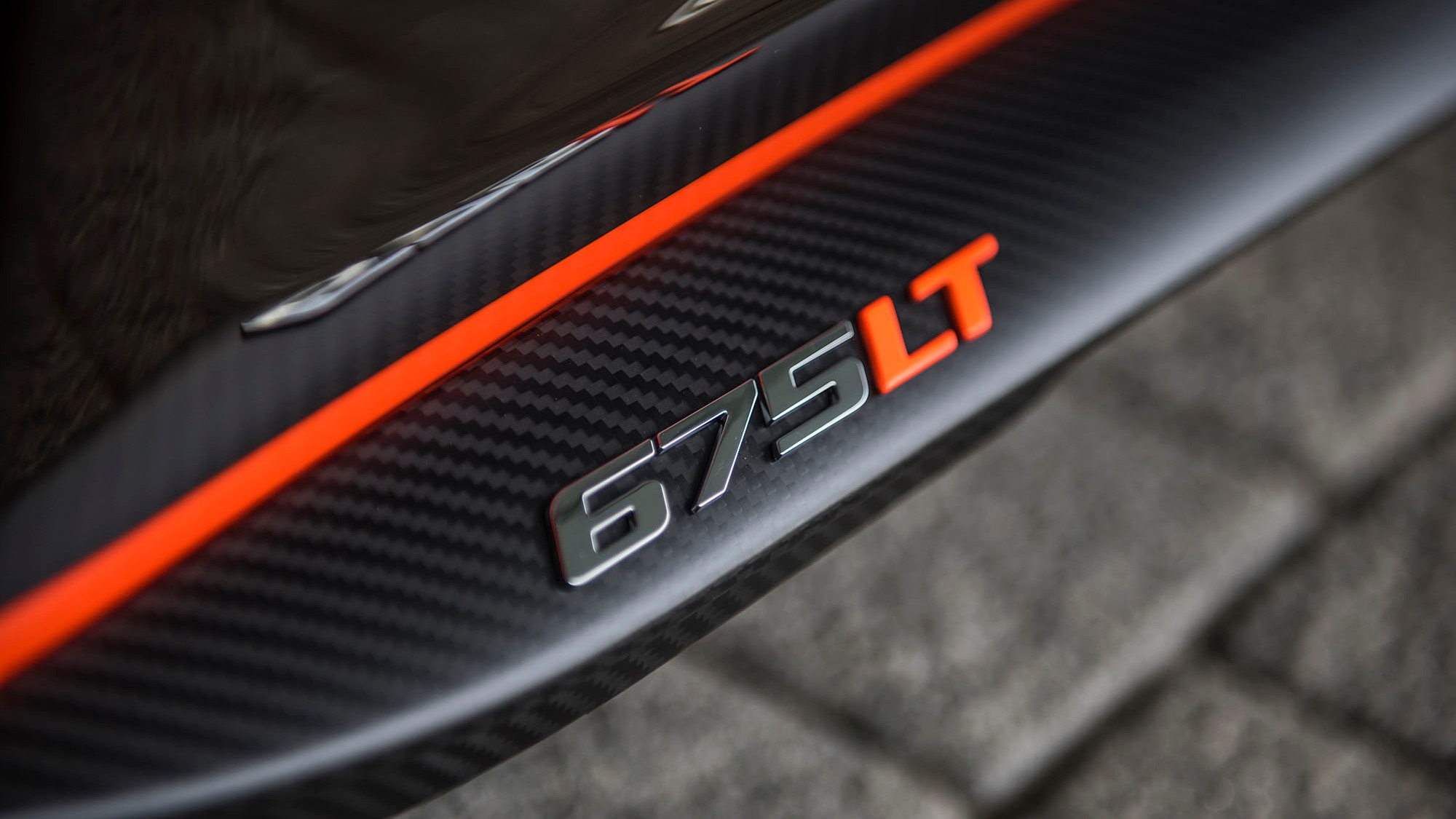 The Gulf Racing livery has remained one of the most iconic in motorsport, and the blue and orange color scheme looked particular delightful when applied to the body of a 1997 McLaren F1 GTR Longtail.

That car, also referred to as the Davidoff F1, has raced in FIA events all over the globe. It's in a private collection but many are quite smitten with its styling. In fact, the owner of a McLaren 675LT is paying homage to the Davidoff car by having his or her modern machine painted to mimic the looks of the older car.

McLaren Special Operations, or MSO, love turning out bespoke vehicles to fit the exacting visions of their customers. There have been some great designs turned out over the course of the last few years. From a relatively simple green and tan color combo to the incredible unique body creations, MSO can go subdued or turn things up. That's precisely what's been done here with this 675LT.

When you start with the 675LT as your blank canvas, you know you're on the right path. After all, this is a supercar that's capable of blasting from 0-62 mph in just 2.9 seconds. That's all because of the 3.8-liter twin-turbocharged V-8 that sits amidship and produces 666 horsepower. The 720S may be the latest and greatest, but the 675LT is a true road rocket.

Given the instructions to pay homage to the Davidoff car, MSO set to work translating the colorway and livery onto the lines of the 675LT. This means 20-inch wheels finished in Dayglo Orange, which is matched on the sill badges and striping. A set of louvered front fenders, a roof scoop, and a carbon fiber airbrake help further the look.

Inside, MSO equips the 675LT with a set of racing buckets wrapped in black Alcantara. The seats feature contrasting orange and blue stitching so that the Gulf theme carries over in the cabin space. On the headrests you'll find the owners initials stitched in blue. That pairs with the sill badging also featuring the owners initials. If you're going to make this car your own, really go the distance and make it your own by placing those three letters where it makes sense.

McLaren produces stand out cars that are never as shouty as the cars that flow out of the Lamborghini or Ferrari factories. This one breaks from that mold, and it does so in the best way possible.