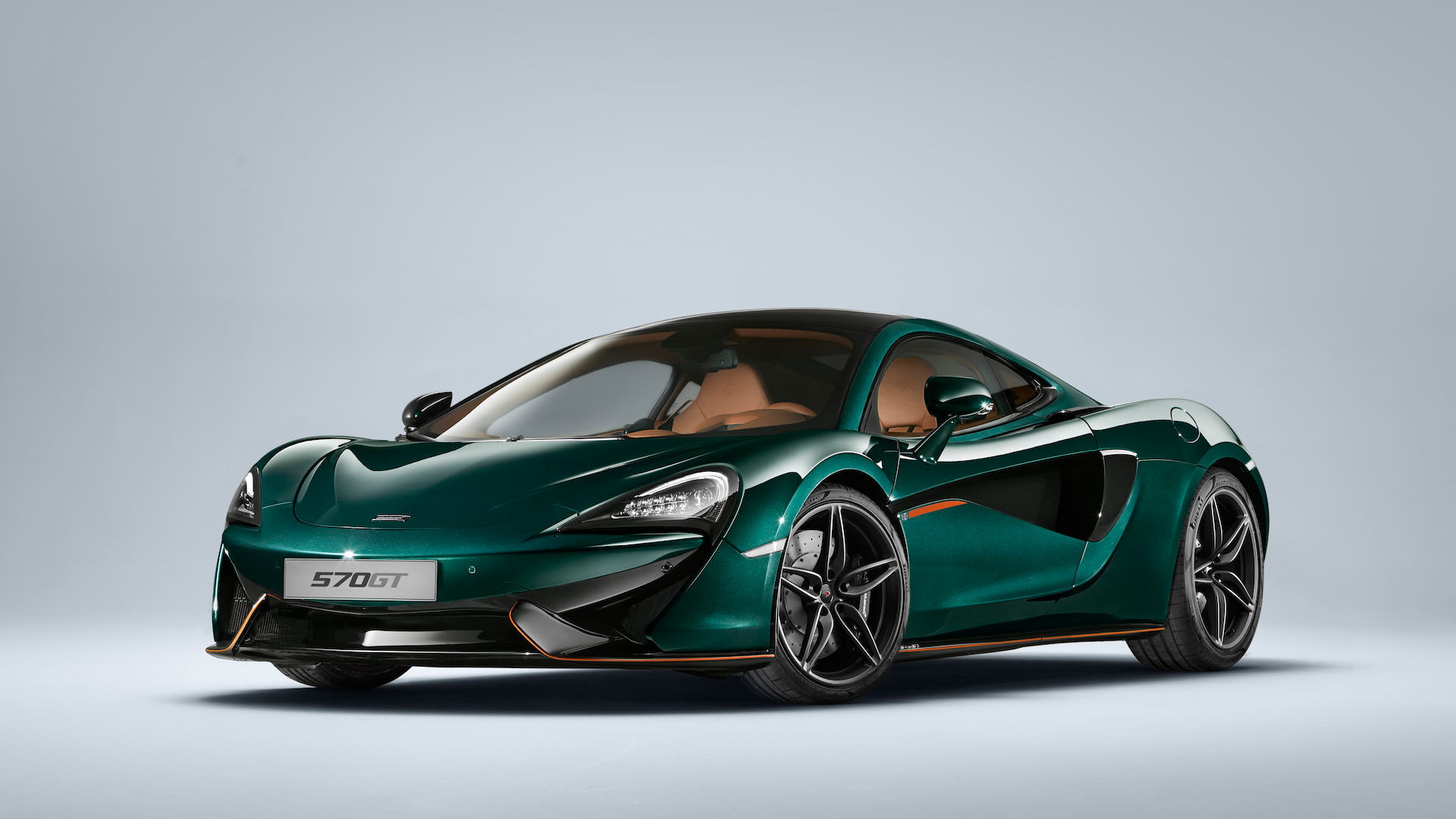 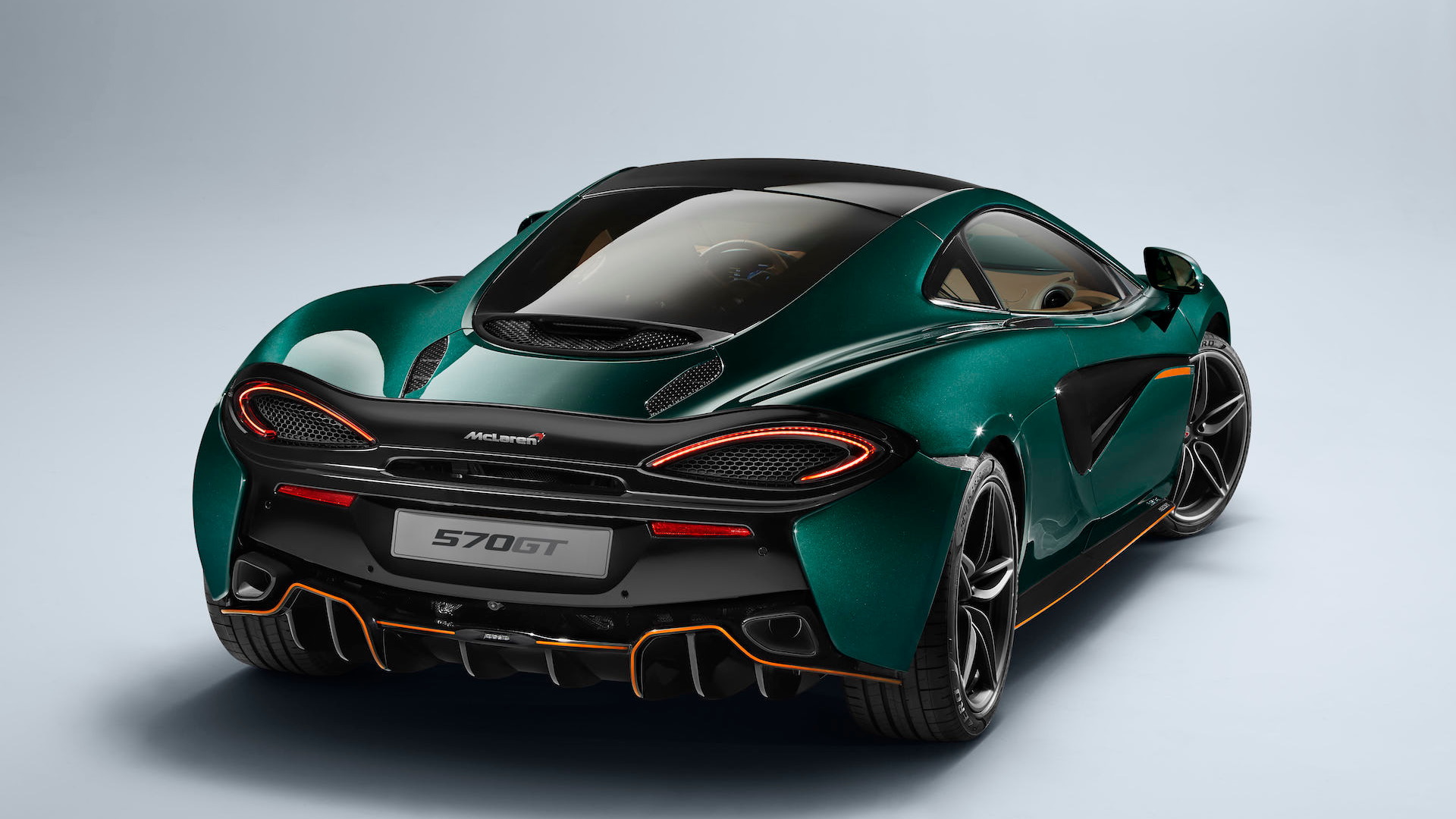 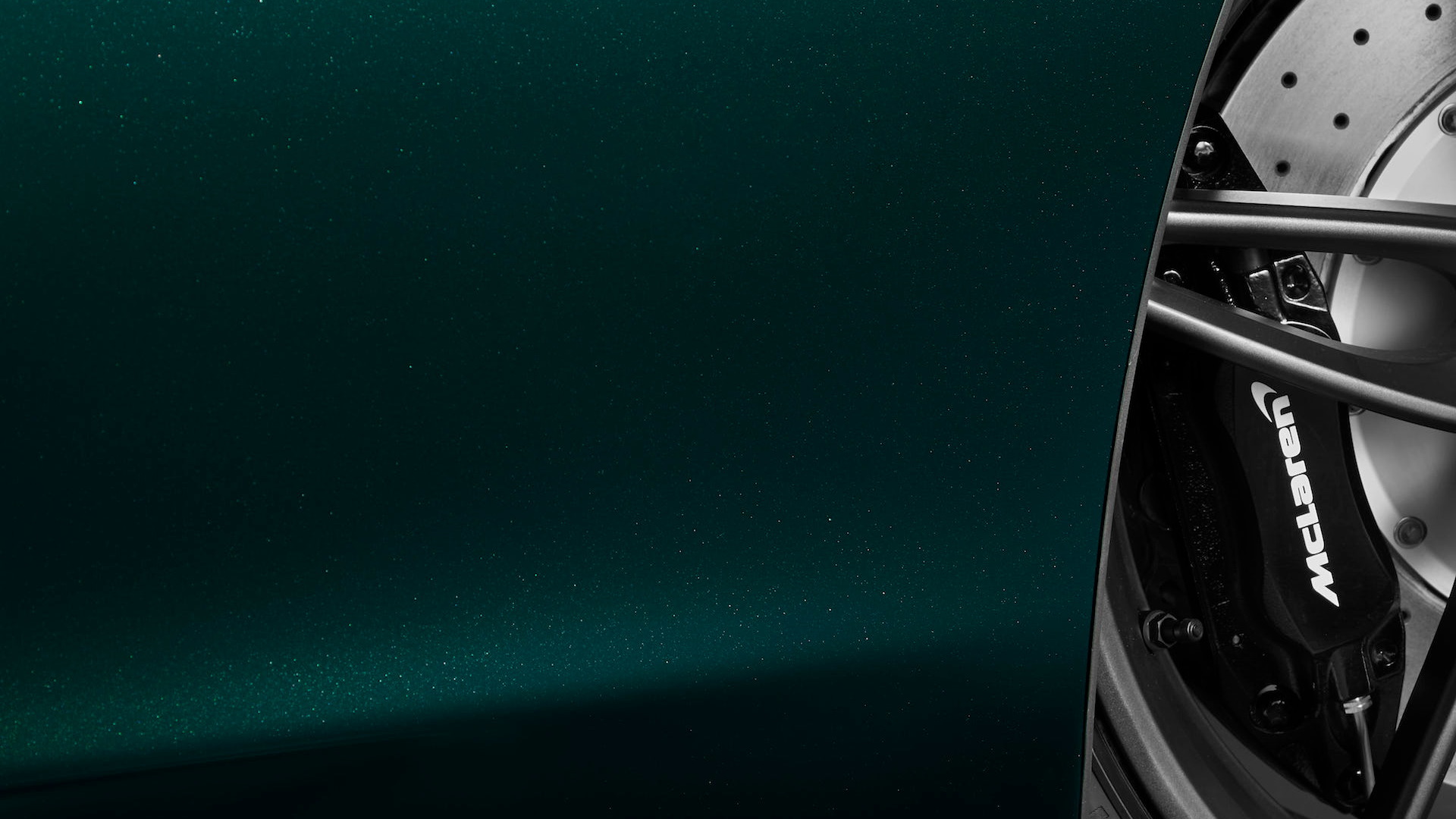 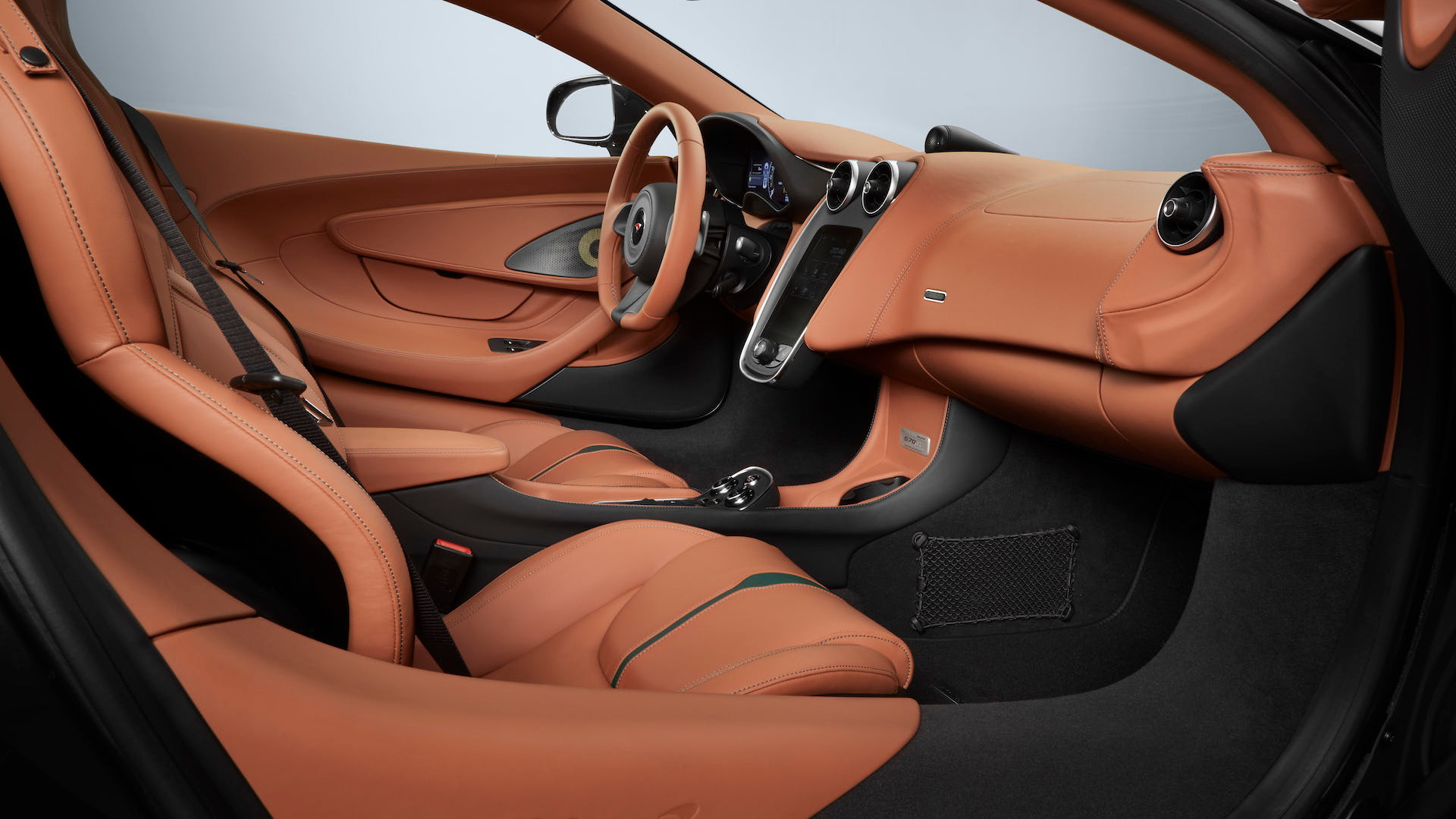 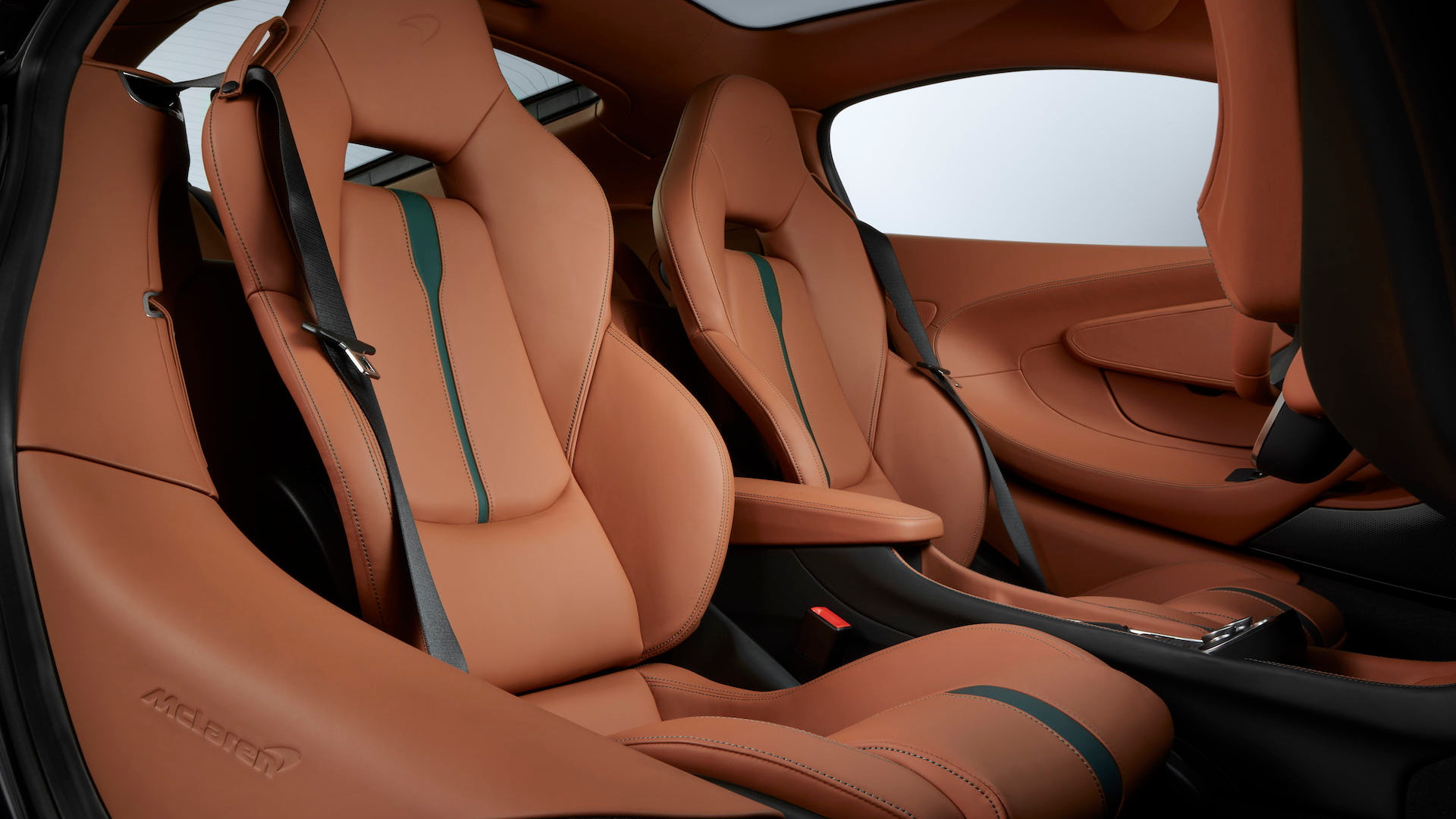 McLaren may be churning out incredible sports cars today, but when enthusiasts hear the name "McLaren," many of them think of one car: the F1. The iconic supercar that was nearly all Formula One technology remains a marvel to this day, and McLaren has reached back into its the archives to honor the F1 for a limited-run of 570GTs in a very special color.

More specifically, McLaren is talking about the F1 XP GT Longtail, the car built in 1997 for homologation regulations at the time. It featured a stunning "XP Green" exterior paint hue, and now McLaren Special Operations has finished six 570GTs in the color to honor the car. It's a gorgeous, deep-green color that seems to shimmer in different intensities depending on the light. For contrast, "Saddle Tan" pin-striping is used on the aero blades, side skirts, and rear diffuser. The same tan color covers the interior, with green leather inserts as an accent.

In typical MSO fashion, the bespoke outfit of McLaren has graced the XP Green 570GTs with an MSO black front splitter, door inserts, side air intakes, side skirts and rear bumper, diffuser, and spoiler. As usual, these components are finished in the car's body color or "Dark Palladium."

Just six of these McLaren 570GTs will be built and all of them will be sold in Europe—sorry, America. Owners in the United Kingdom, Germany, and the Netherlands have already lined up. Those buyers will not only be treated to the vintage color but also comfort; the 570GT is by far McLaren's most "practical" sports car offered. It boasts 7.8 more cubic feet of storage at 12.4 cu ft than comparable Sport Series models. These exclusive cars won't be inexpensive, either: McLaren says each will carry a $254,000 price tag.