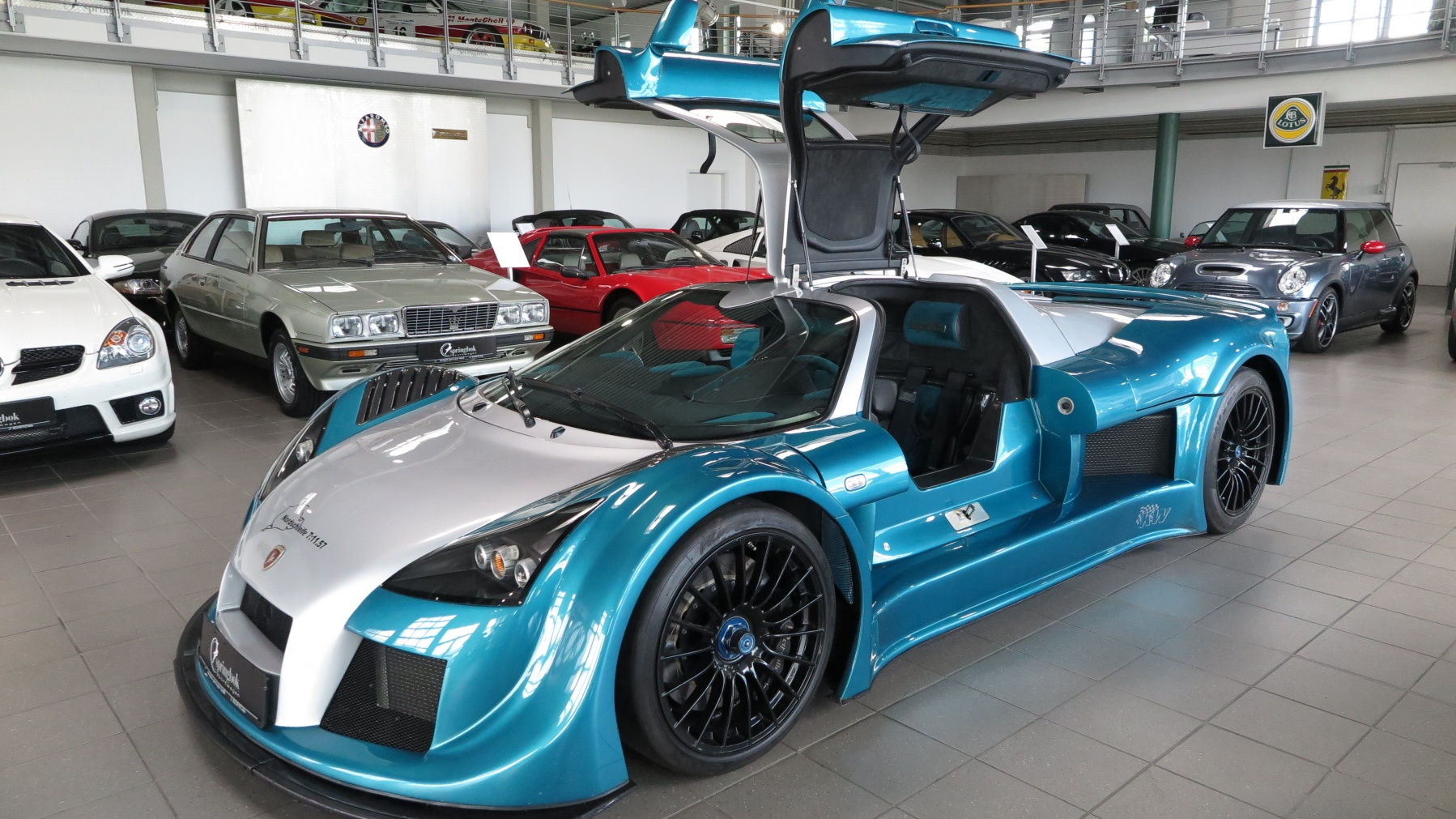 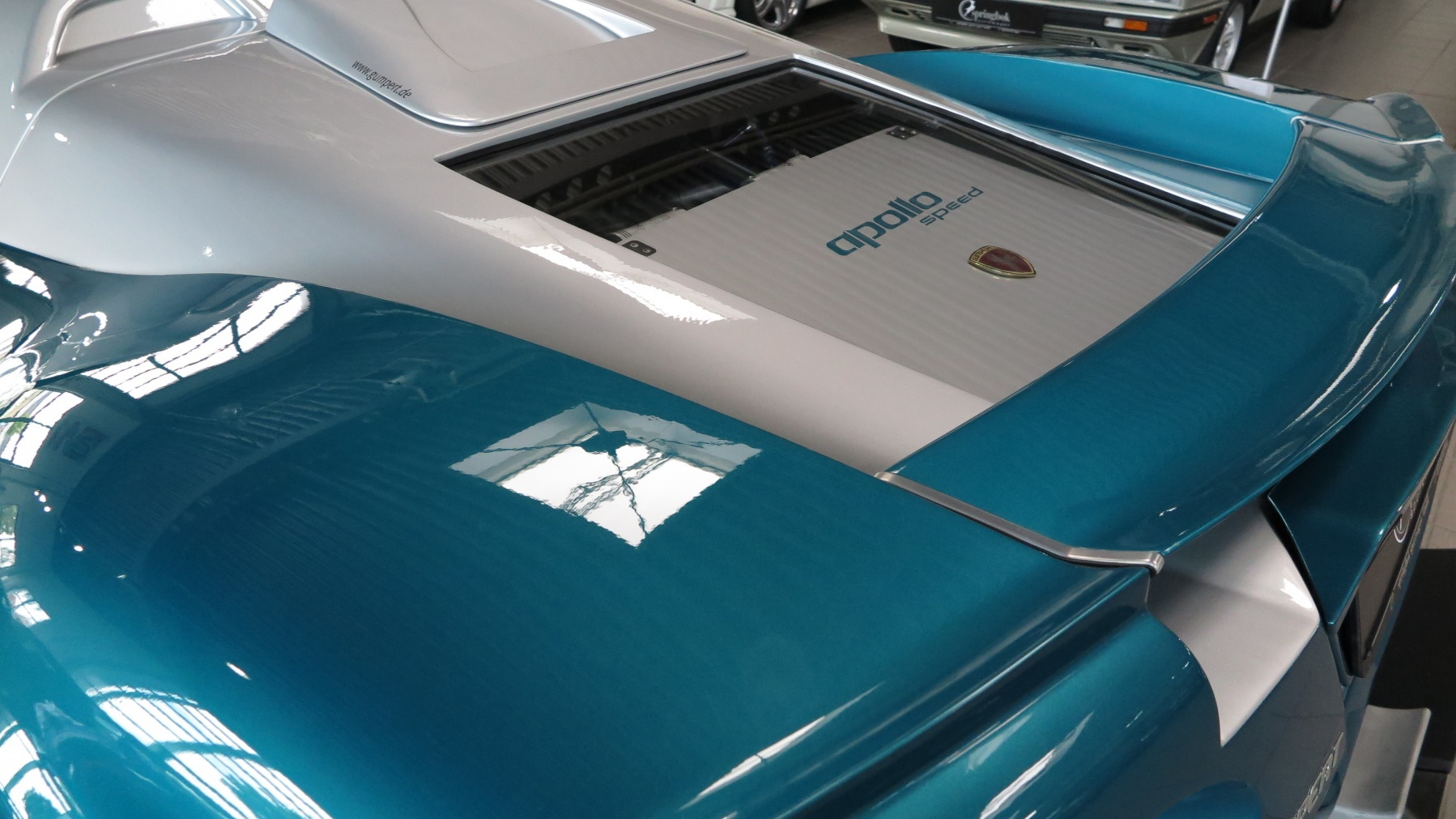 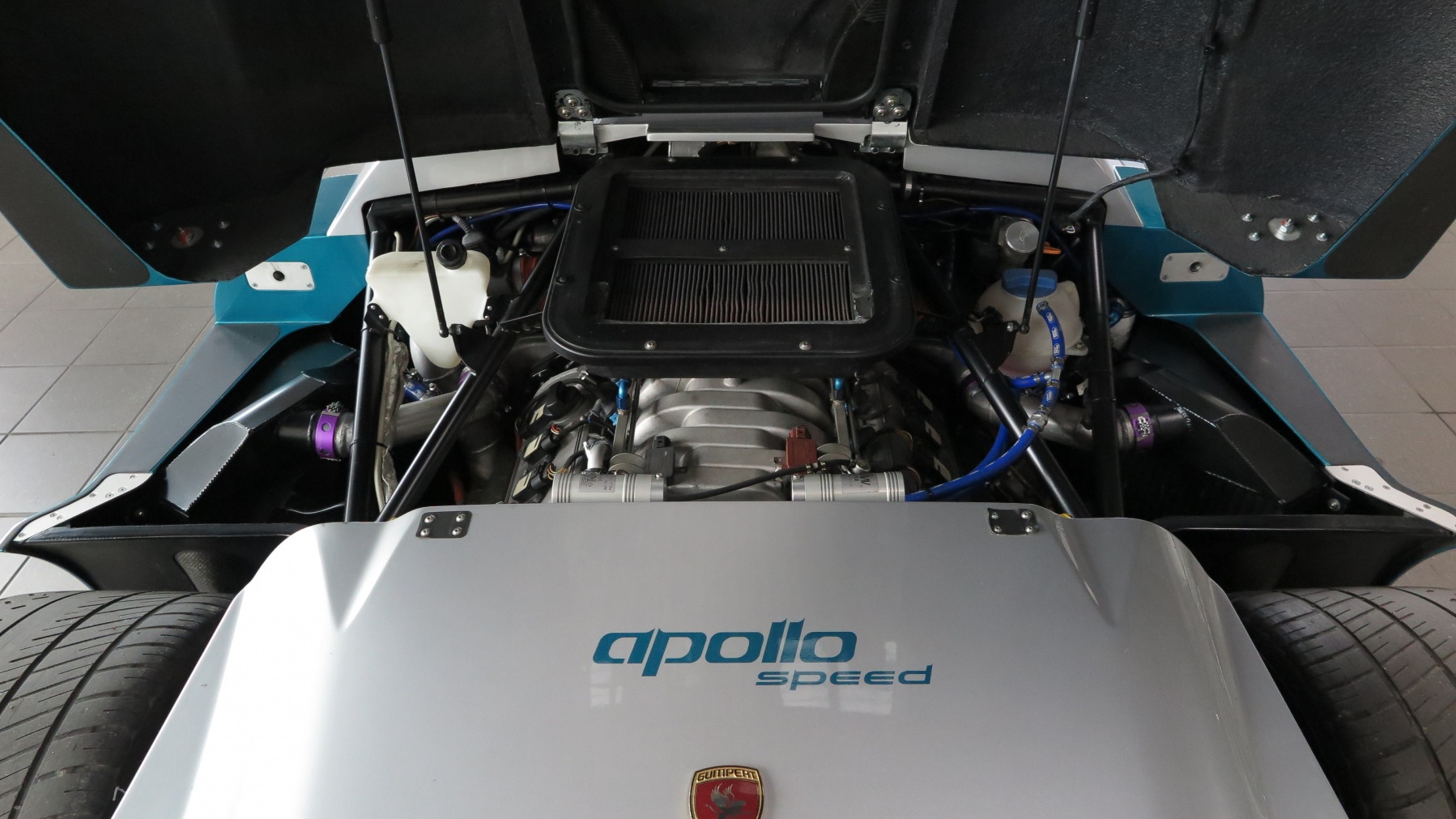 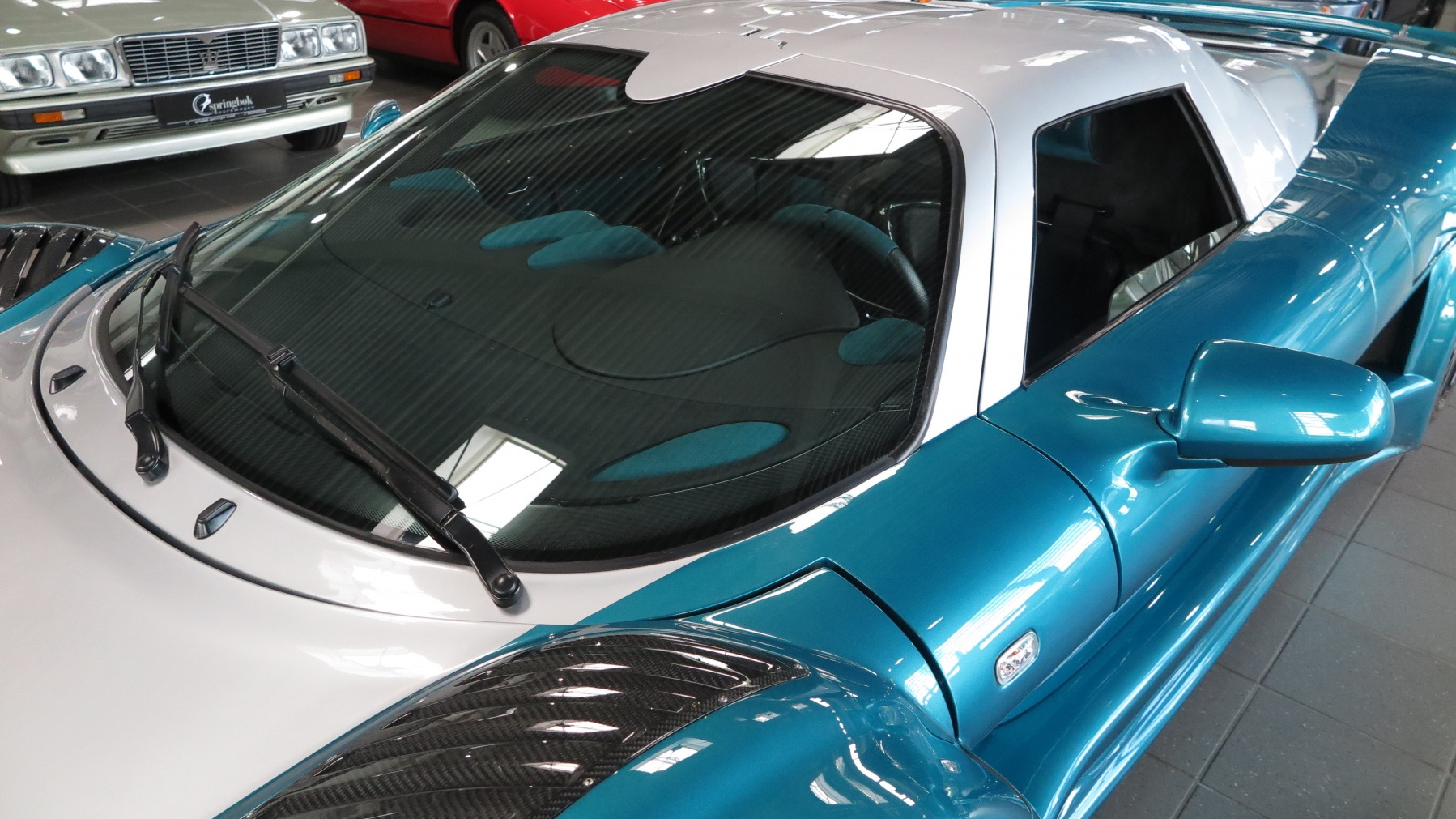 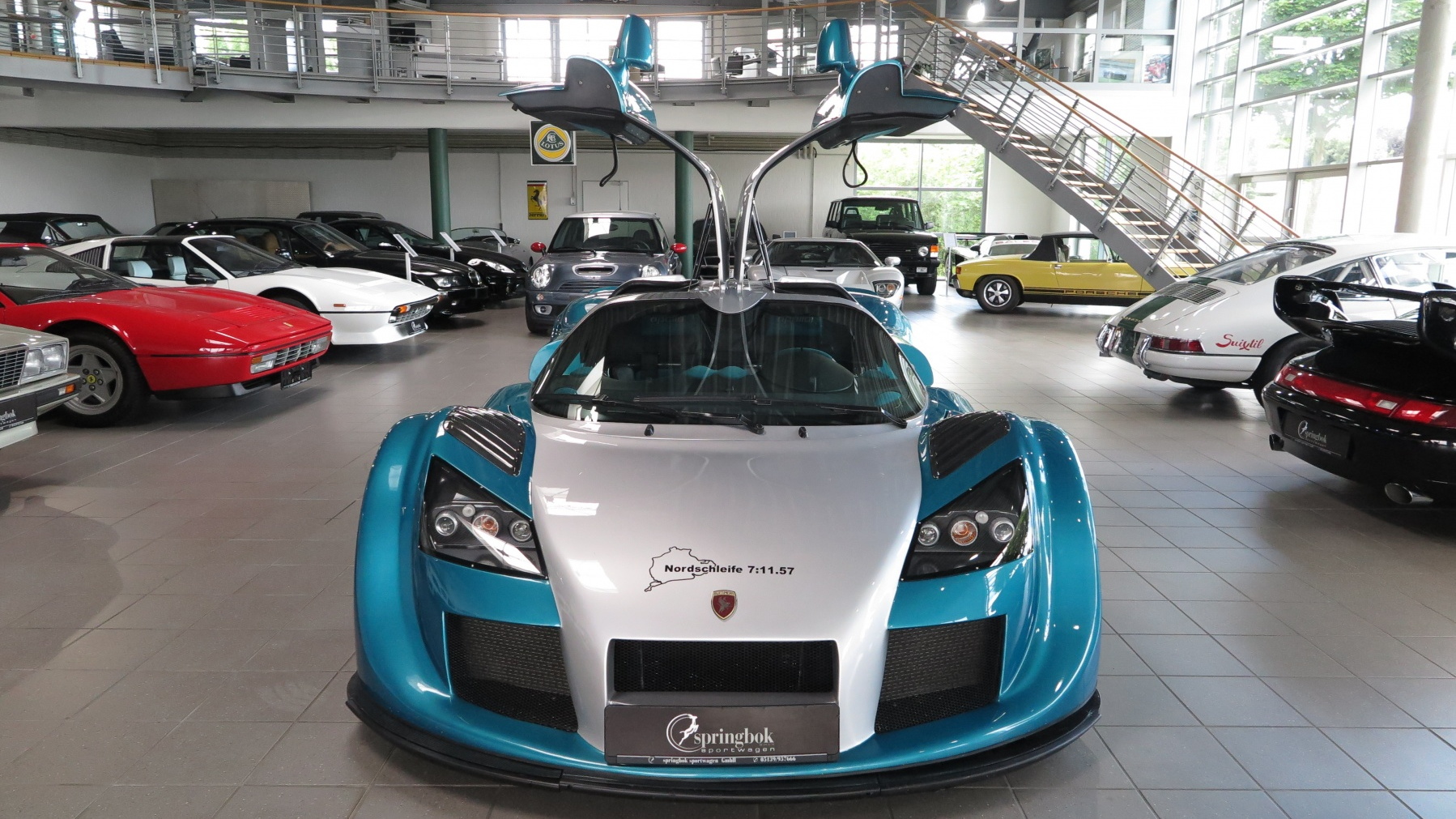 It may bear a name that's easy to poke fun at, but this 2009 Gumpert Apollo is also responsible for a record-setting run around the Nürburgring, lapping the iconic track in just 7:11.57 back in August of 2009. At the time, that was the fastest a production car had ever been pushed around the 'Ring. With just 5,792 miles on its odometer today, you can now own this piece of the Green Hell's history.

Production cars have gotten quite a bit faster since the Apollo was used to set its delightfully angry lap––the new Porsche 911 GT2 RS shaves just over 14 seconds off Gumpert's record-setting lap 6:47.25––but the time set by the Gumpert is still within the top ten times, and it's the oldest of those by a fair number of years.

The Apollo in question wears a mint aqua-and-silver paint scheme. Powering the car is a twin-turbocharged version of Audi's wonderful 4.2-liter V-8 engine good for 690 horsepower in this model. Lesser Apollos were available with 641 ponies, while a racing variant packed 789 hp. A seven-speed sequential gearbox sends the power out to the rear wheels. The snappy transmission and twin-turbo V-8 will get even the base Apollo to 60 in under three seconds and on to a top speed of 224 mph.

The asking price of this record-setting example is $395,537, and the car is being offered for sale by Sprinkbok Sportwagen Gmbh in Germany.

While the Apollo and the broader Gumpert brand is no more, its creator is busy crafting a future vision of the sports car with Chinese manufacturer Aiways. Aiways aims to bring a range of vehicles to market, but its first will be the Roland Gumpert-crafted RG Nathalie, a hydrogen-powered sports car.

We don't expect the RG Nathalie to blaze a blistering time at the 'Ring. But if you buy Gumpert's old Apollo seen here, you could go off and set your own personal 'Ring record.