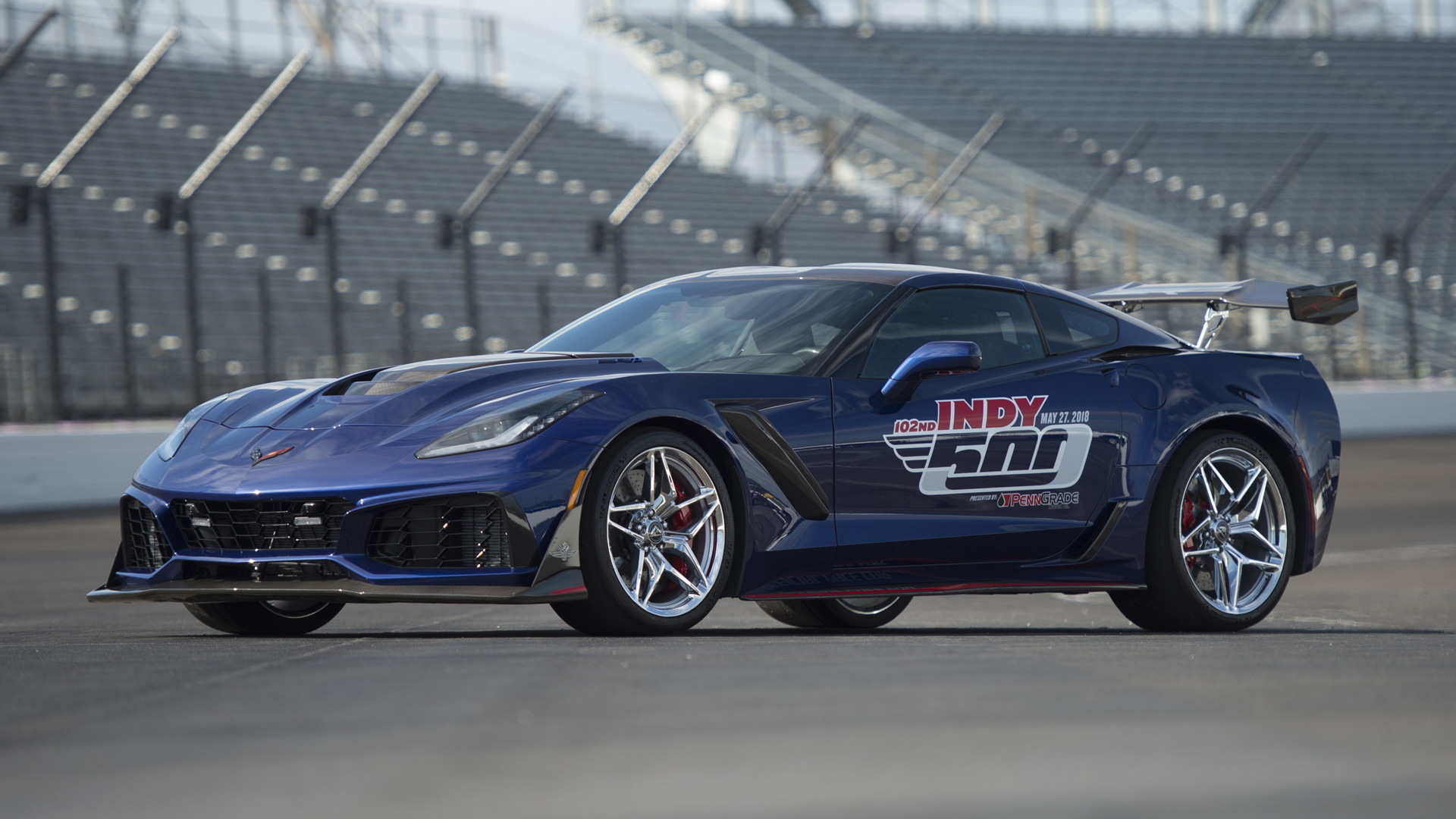 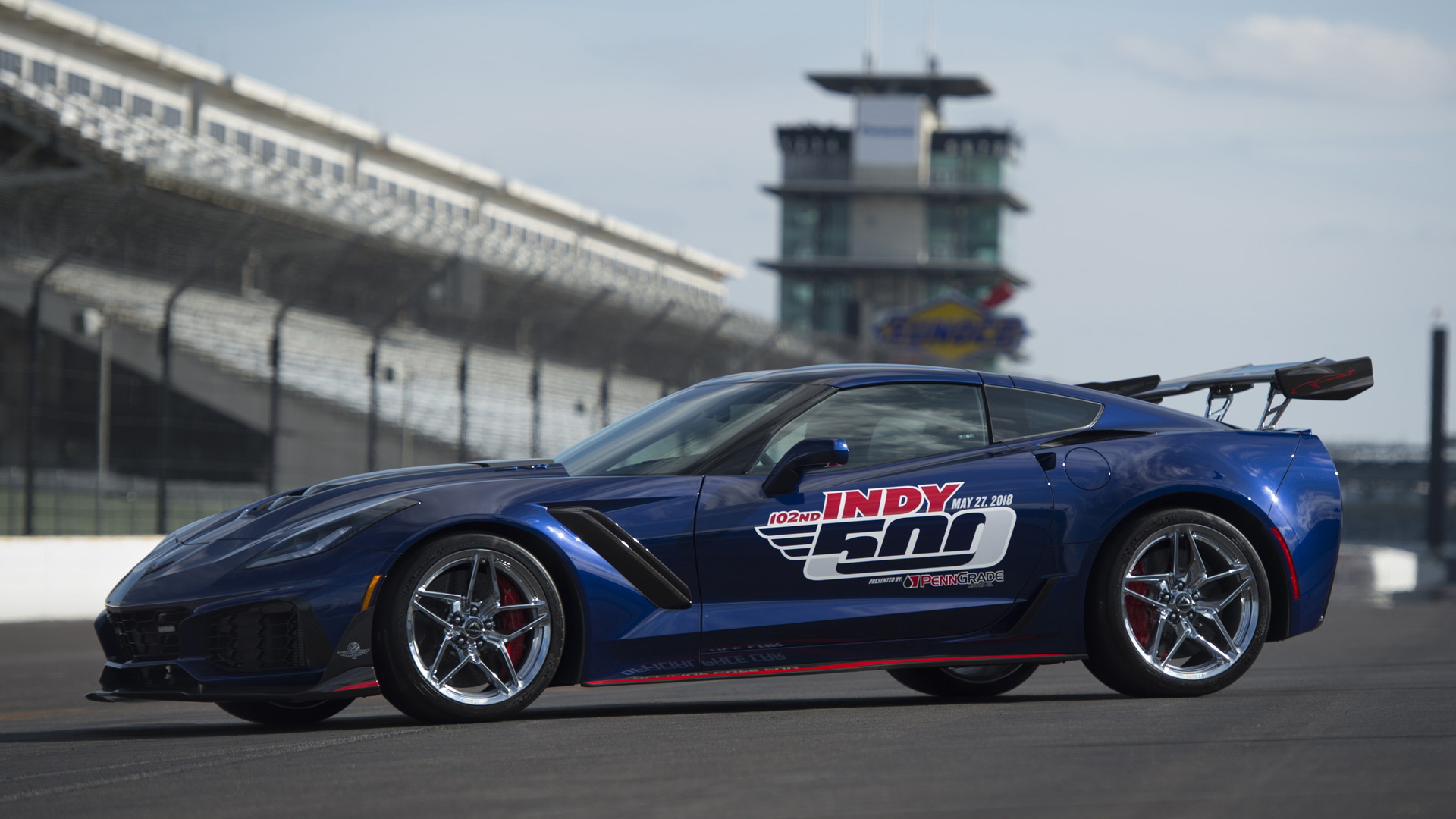 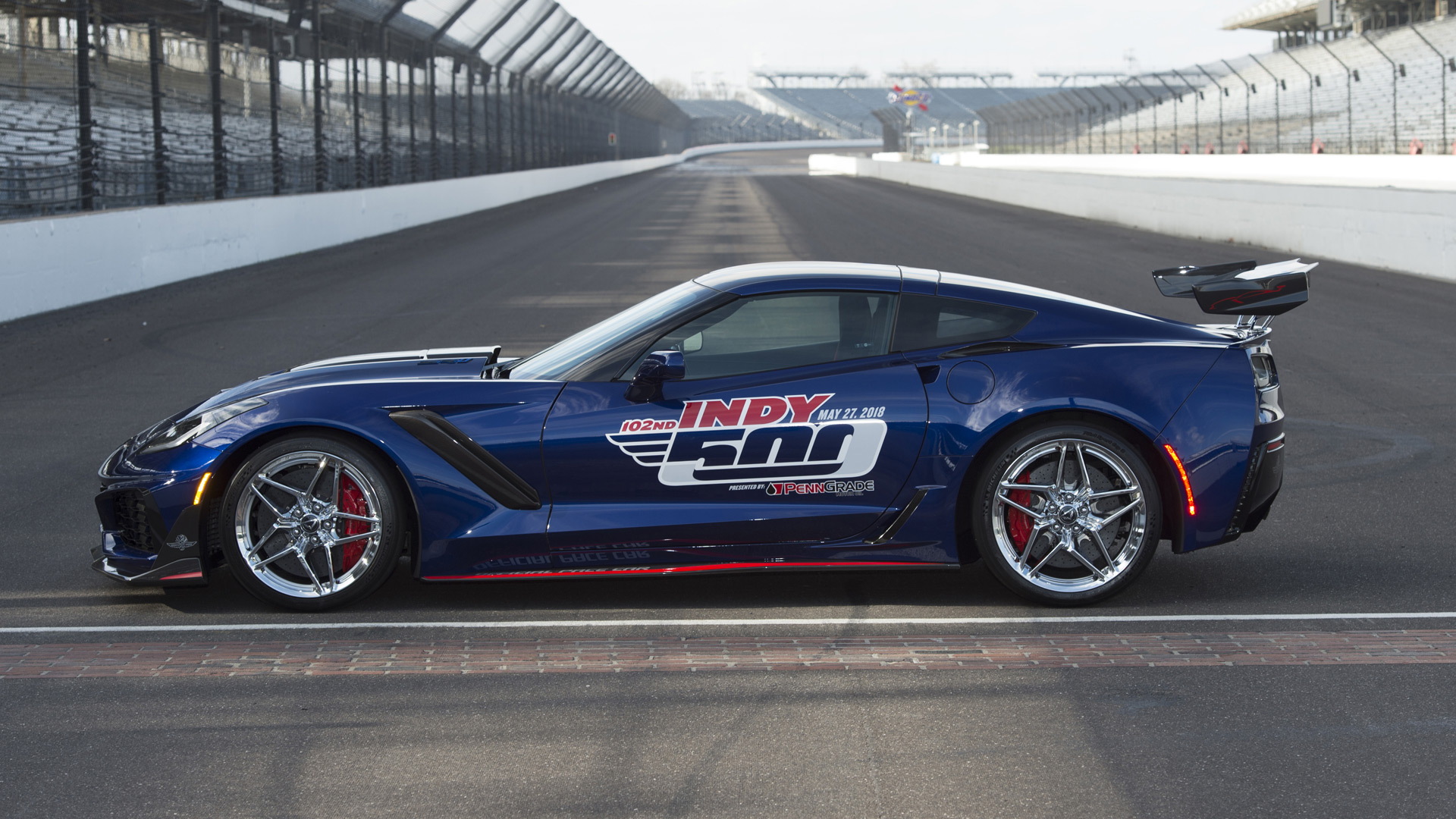 The 2019 Chevrolet Corvette ZR1 has been named the official pace car of the 2018 Indianapolis 500, and with 755 horsepower on tap it will be the fastest, most powerful car to ever handle pacing duties in the race's 100-plus-year history.

A blue example of the Corvette flagship will be used for the premiere event of the IndyCar season, which is scheduled for May 27 at the Indianapolis Motor Speedway. It will be fitted with the 2019 ZR1's available eight-speed automatic transmission and ZTK Performance Package, the latter adding the car's high-wing option.

Like all 2019 ZR1s, it will have a 6.2-liter supercharged V-8 with the aforementioned 755 horses plus 715 pound-feet of torque. Unique to the pace car however will be an Indy 500 graphics package and safety lights.

This is the 15th time that a Corvette has been assigned pacing duties for the Indy 500 and the 29th time that the car has been a Chevy. The first was in 1948 when a Fleetmaster Six paced the race.

Chevy will also be competing. The Bowtie brand is chasing its seventh consecutive Manufacturers' title in IndyCar, building on a successful 2017 season that saw 10 wins out of 17 races. Last year's Indy 500 winner was Takuma Sato.

This year's race will be televised live on ABC, with the pre-race show starting at 11 a.m. Eastern time. It will also be the final time Danica Patrick takes to a track, at least professionally.