After the long winter break, a new season of the Formula One World Championship is finally upon us. As usual, the first race on the calendar is the Australian Grand Prix, which runs this weekend in the city of Melbourne.

The Melbourne stop is one of the most popular on the F1 calendar, and there’s always a giddy sense of excitement and anticipation as it's the first race. It takes place on the Albert Park street circuit, a 16-turn layout that stretches 3.3 miles and features a combination of short straights and second and third gear chicanes, and requires medium to high downforce and good traction.

It looks like we'll be in for fine weather for Sunday's race. There could be some rain during Saturday's qualifying, however. Tire supplier Pirelli has announced its soft, supersort and ultrasoft compounds for the weekend.

During F1's previous season, the competition was very close between the top teams, especially in the first half. Ferrari put up a very tough fight initially but eventually Mercedes-AMG's dominance returned. This season is expected to see a resurgent Red Bull Racing thanks to improvements to the Renault power unit the team relies on, so hopefully the competition is even closer than last season. We should add that McLaren is also running the Renault power unit this season, so hopefully the team can pick up some pace after the dismal Honda years. We're all tired of seeing a sad Fernando Alonso after every race. 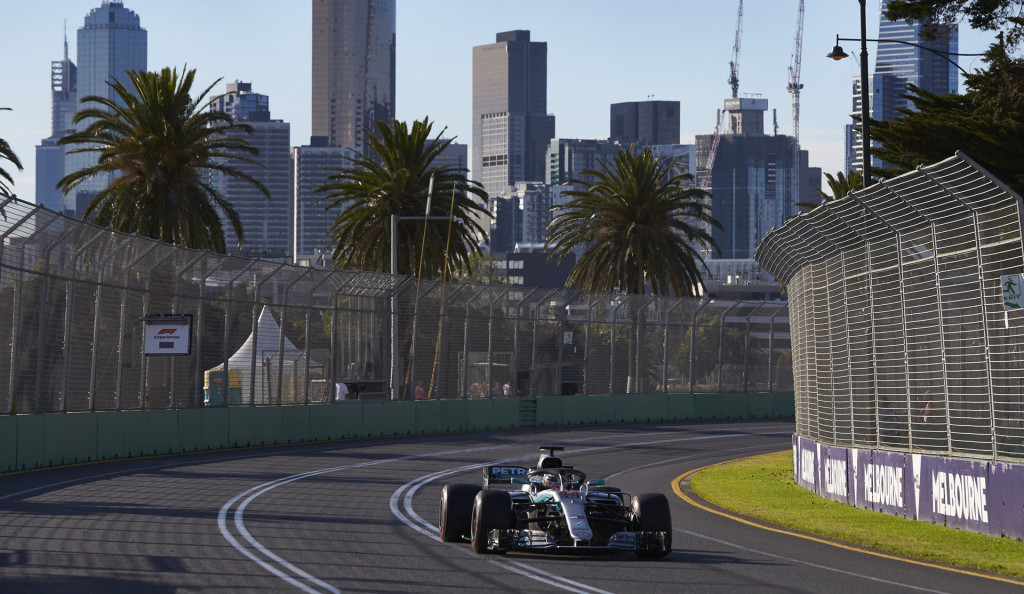 The cars haven't changed much from the previous season. There's no missing the new Halo cockpit protection system, though, and the rear aero has also been simplified.

The reigning champion is Lewis Hamilton, driving once again for Mercedes. He and Ferrari's Sebasitan Vettel are both chasing a fifth title. Yes, this season will see two four-time world champions competing.

After Friday's practice session, Hamilton topped the time sheets, albeit with Red Bull's Max Verstappen close on his tail. Just 0.127 seconds separated their times. Fellow Mercedes driver Valtteri Bottas was third followed by Ferrari men Kimi Räikkönen and Sebastian Vettel in fourth and fifth. There weren't many dramas, though Red Bull's Daniel Ricciardo had to cut his practice short due to debris on the track. And Williams' Lance Stroll had to stop too after his car suffered technical issues.

Finally, it's worth mentioning some of the new drivers on the grid: Sergey Sirotkin has replaced the retired Felipe Massa at Williams; Pierre Gasly has replaced Daniil Kvyat at Toro Rosso; Charles Leclerc has replaced Pascal Wehrlein at Sauber; Carlos Sainz has replaced Jolyon Palmer at Renault; and Brendon Hartley has filled Sainz's empty seat at Toro Rosso.