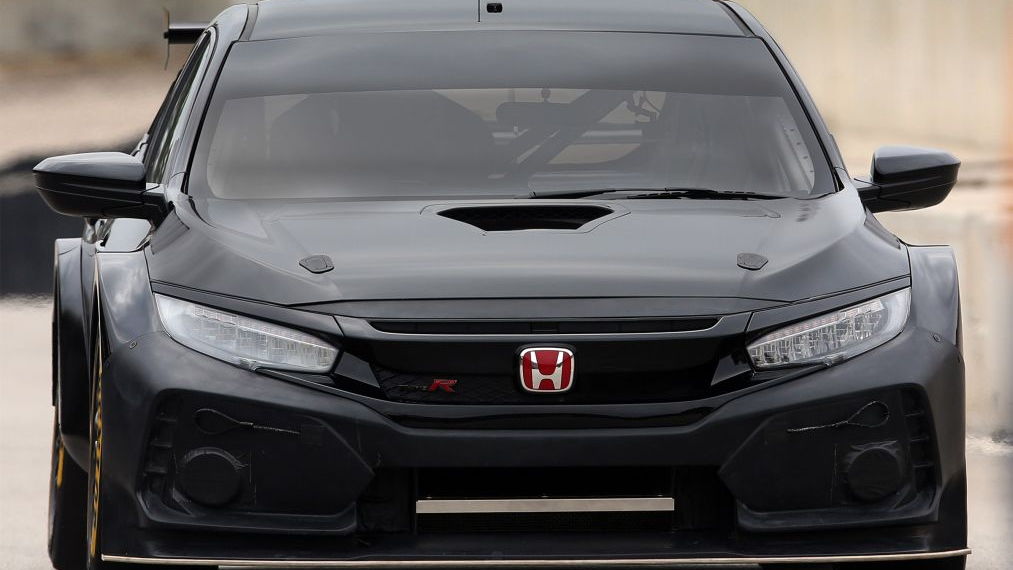 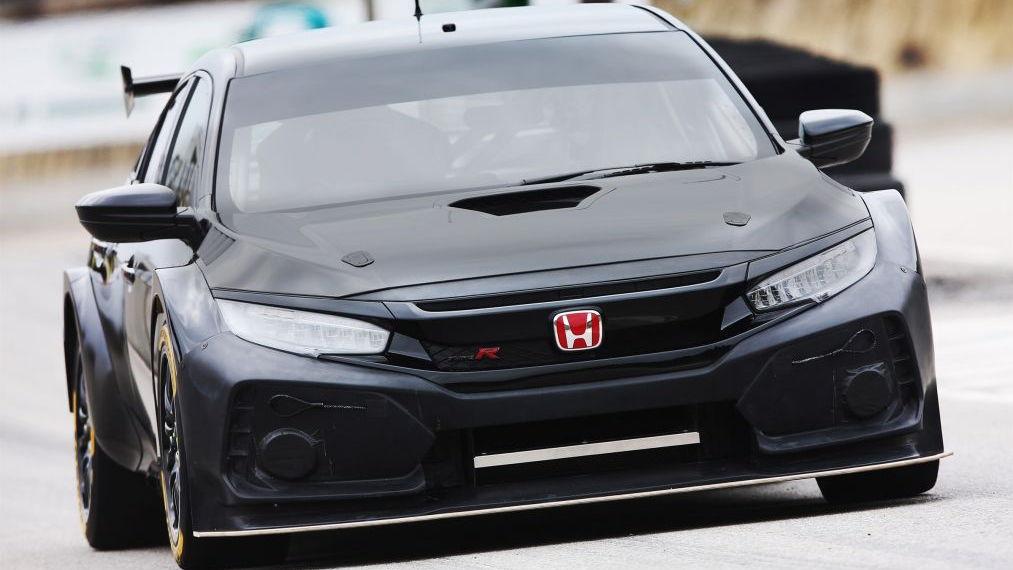 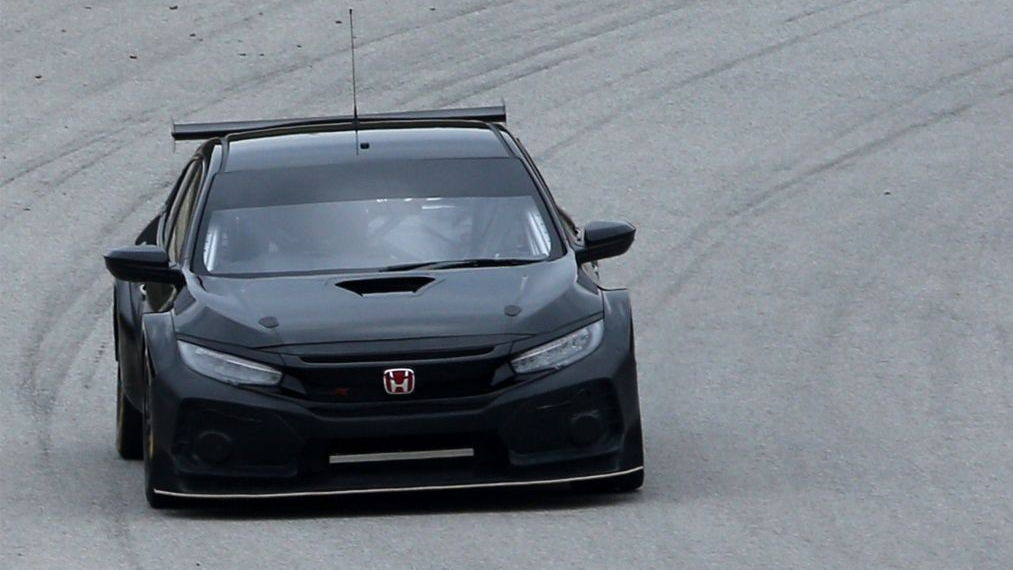 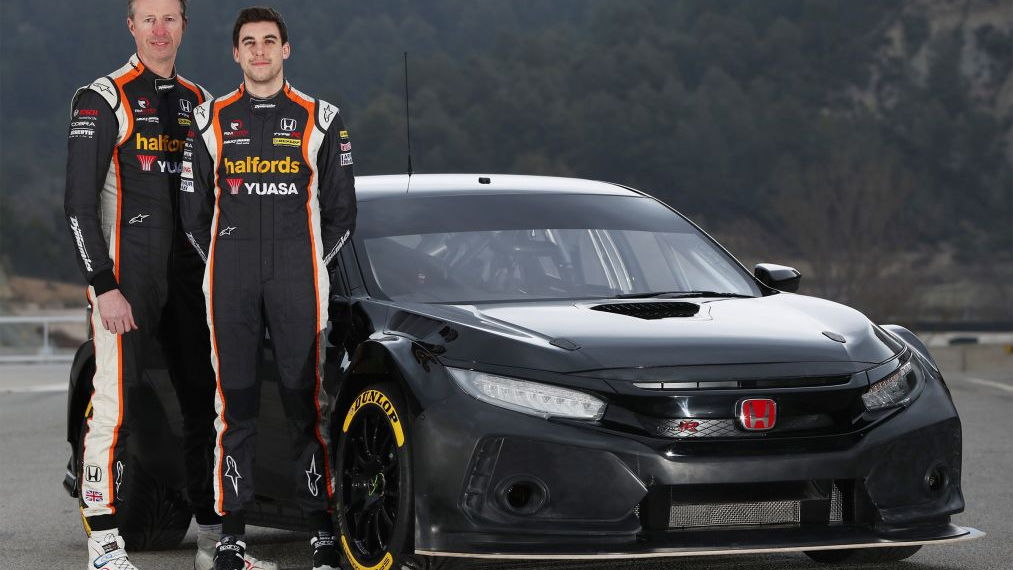 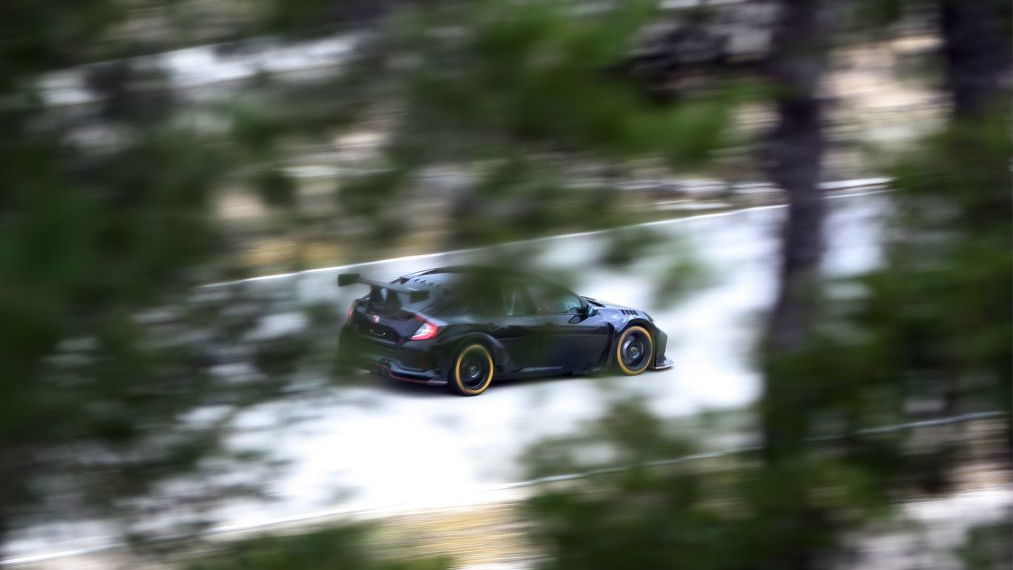 Car enthusiasts in the UK have experienced many a hopped-up Honda Civic Type R over the years, and the new model is a hit over there as well as in the States. It makes sense, then, that a number of those British cars would go racing. In fact, Honda has dominated the British Touring Car Championship in recent years, only just giving up the top spot to fresh competition from BMW. Honda is ready to reclaim its throne atop the BTCC world, and new Civic Type R race car is ready to do just that.

Halsford Yuasa Racing has revealed its new Honda for the upcoming 2018 BTCC season. It's a Civic Type R, but it's so much more than that. In fact, the race car shows off lines that we wish Honda would've employed on its own street car. While certain angles and creases look forced on the road car, the wider fenders and angry black paint paired with a massive wing do wonders for the visual appeal of the Type R race car.

This Civic will be helmed by drivers Matt Neal and Dan Cammish. Neal, like Honda, is no stranger to winning it all in the BTCC series. Back in 2005 and 2006, Neal claimed the Driver's Championship in a Vauxhall followed by a SEAT. He won the top trophy again in 2011, this time behind the wheel of a Honda. That was during a run of four straight years that Honda won the Constructor's Championship between 2010 and 2013. MG managed to unseat Honda in 2014, but Honda clawed back for the 2015 season.

BMW has won the past two seasons, though, so Honda is likely eager to get the new Type R out on the track. Currently, it's undergoing testing in Spain. Next, the cars will get stickered up and shipped off to Brands Hatch, where the 2018 BTCC season kicks off this April.