But the Geely acquisition brings more than just financing: Lotus now also has access to modular platforms from fellow Geely brand Volvo. And it's a good bet that Volvo's SPA platform underpinning award-winning vehicles like the XC60 and XC90 SUVs will do duty in the Lotus SUV.

It's something Lotus CEO Jean-Marc Gales hinted at earlier this year when he said a Lotus SUV could retain the brand's core competencies thanks to access to the Geely parts. The competencies he was referring to include benchmarks for handling and lightweight construction.

Beyond the platforms, Lotus could also borrow hybrid powertrains and interior systems from Volvo. 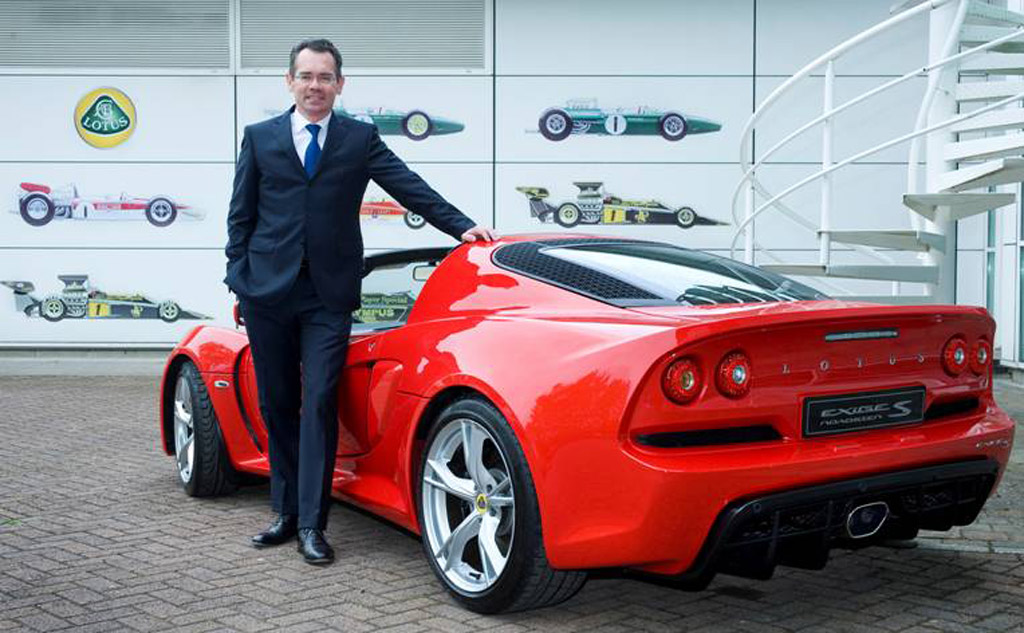 “I love the new Volvo interiors because they are so simple,” Gales told Autocar in an interview published Tuesday. “The screen is great.”

Gales also told Autocar that the Lotus SUV will have a hybrid powertrain, and this could potentially come from Volvo or fellow Geely brand Polestar. For instance, the Polestar 1 luxury coupe is also based on Volvo's SPA platform and features a plug-in hybrid powertrain delivering as much as 600 horsepower.

The final design of the Lotus SUV will be locked in within the coming months, with Lotus thought to be targeting performance-oriented mid-size SUVs like the Maserati Levante and Porsche Cayenne. Lamborghini's new Urus is also a potential target. Patent drawings that surfaced late last year may hint at the design Lotus is planning.

Note, even though Lotus is committed to adding an SUV to its lineup, the vehicle will probably not arrive for another four years, at the earliest. That's because Lotus will launch two new sports cars before the arrival of the SUV. One of the sports cars will be a replacement for the Elise. The other will likely replace the Exige. Both are due around 2020, and more importantly both will be available in the United States.