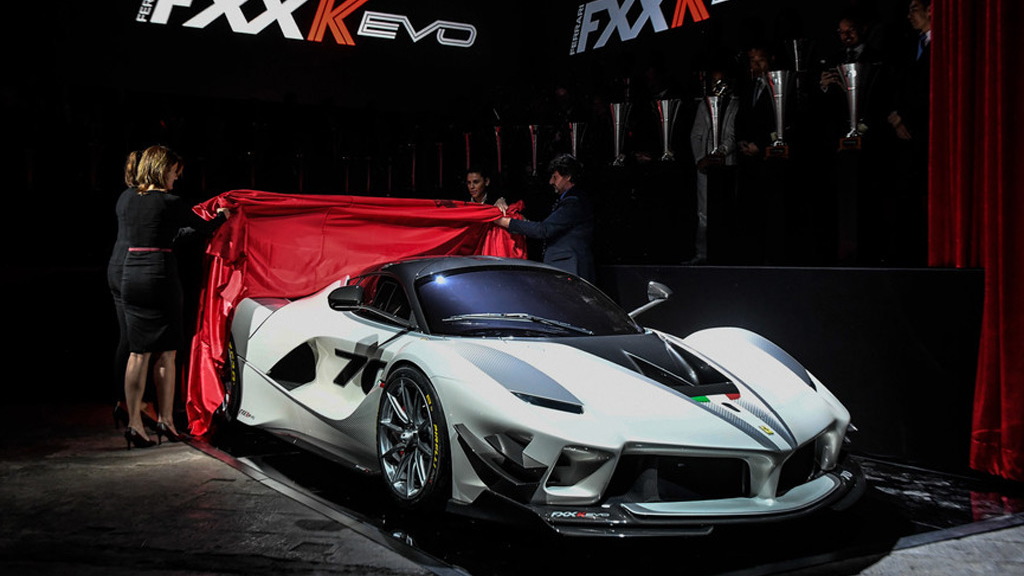 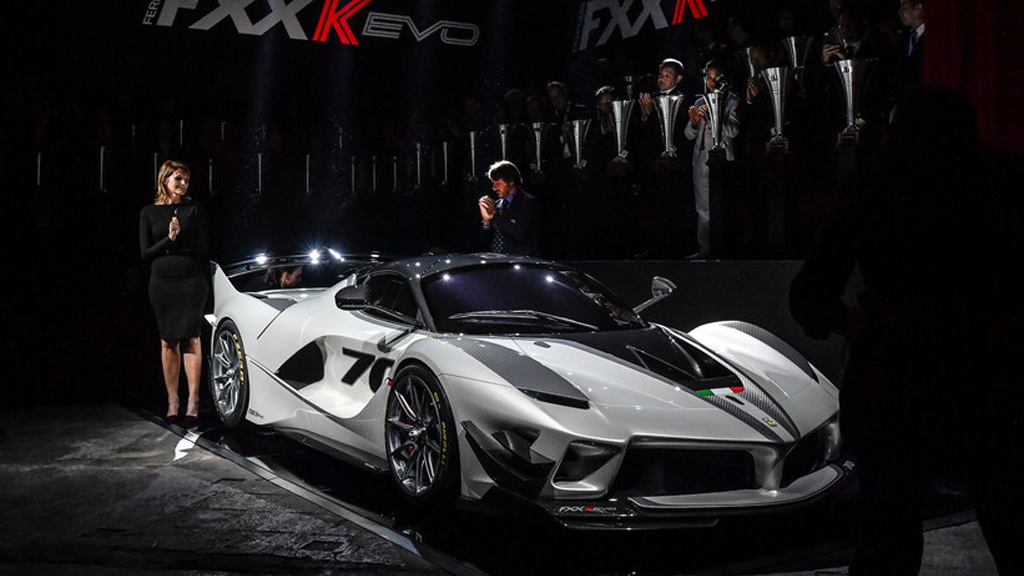 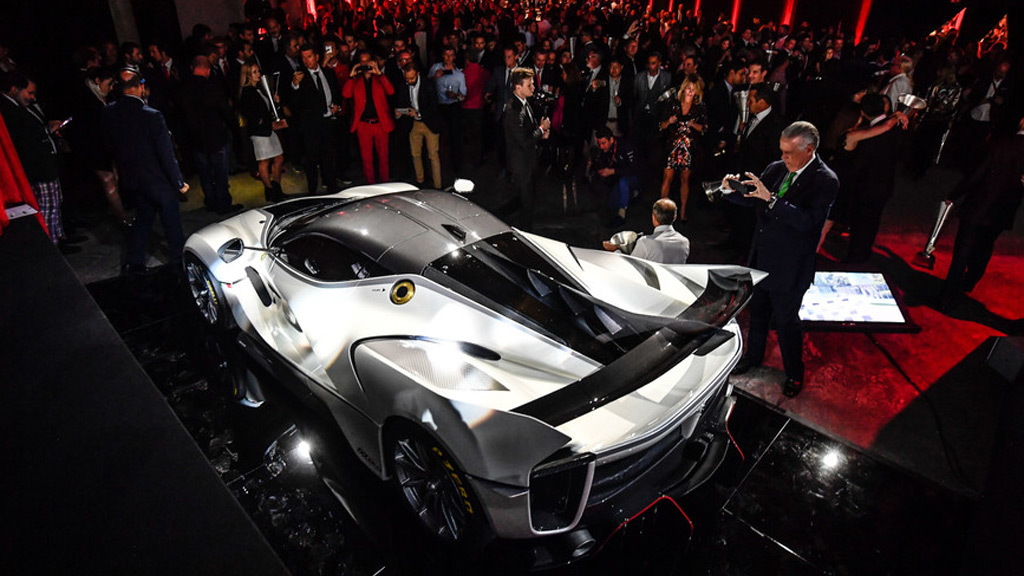 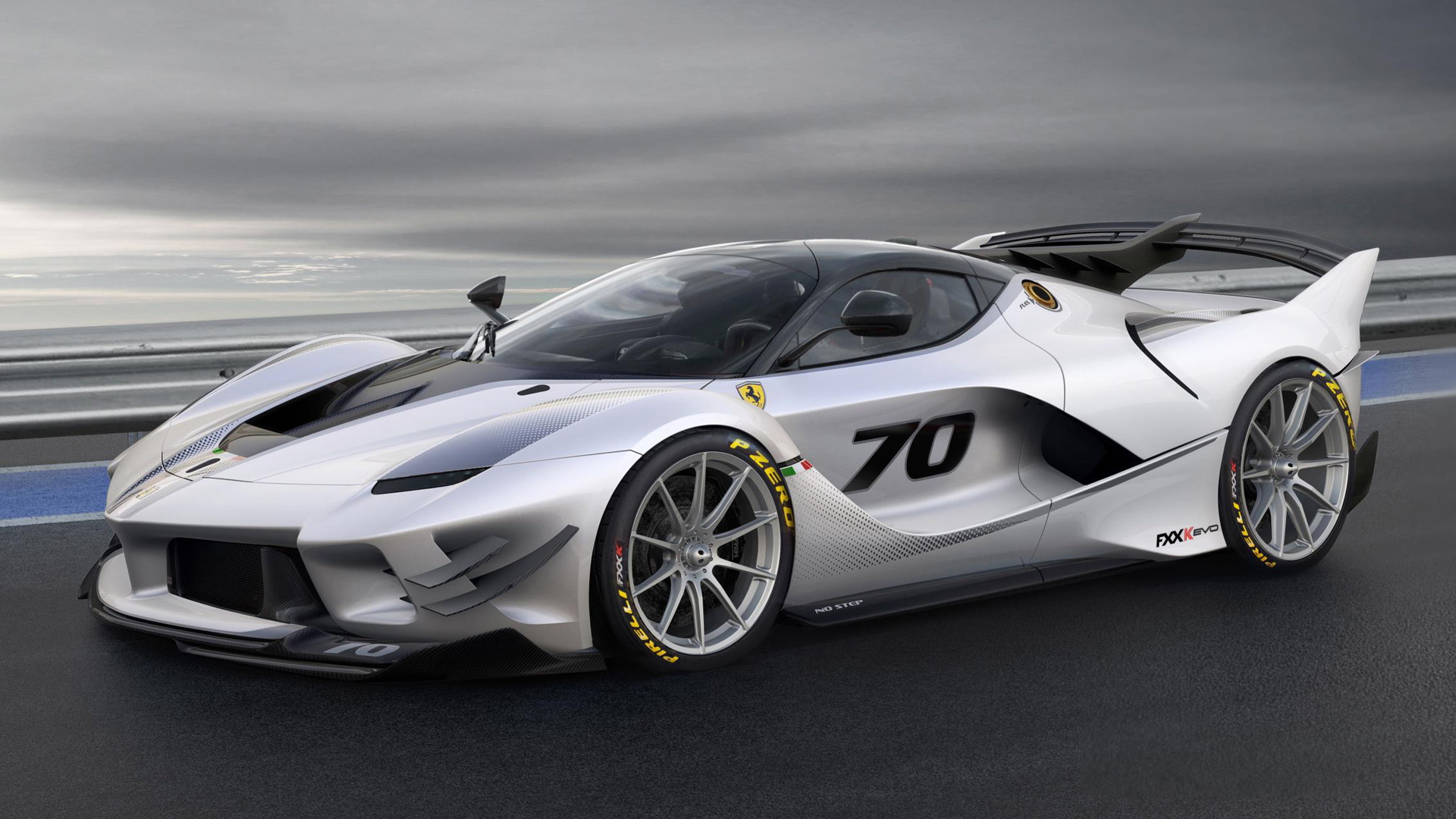 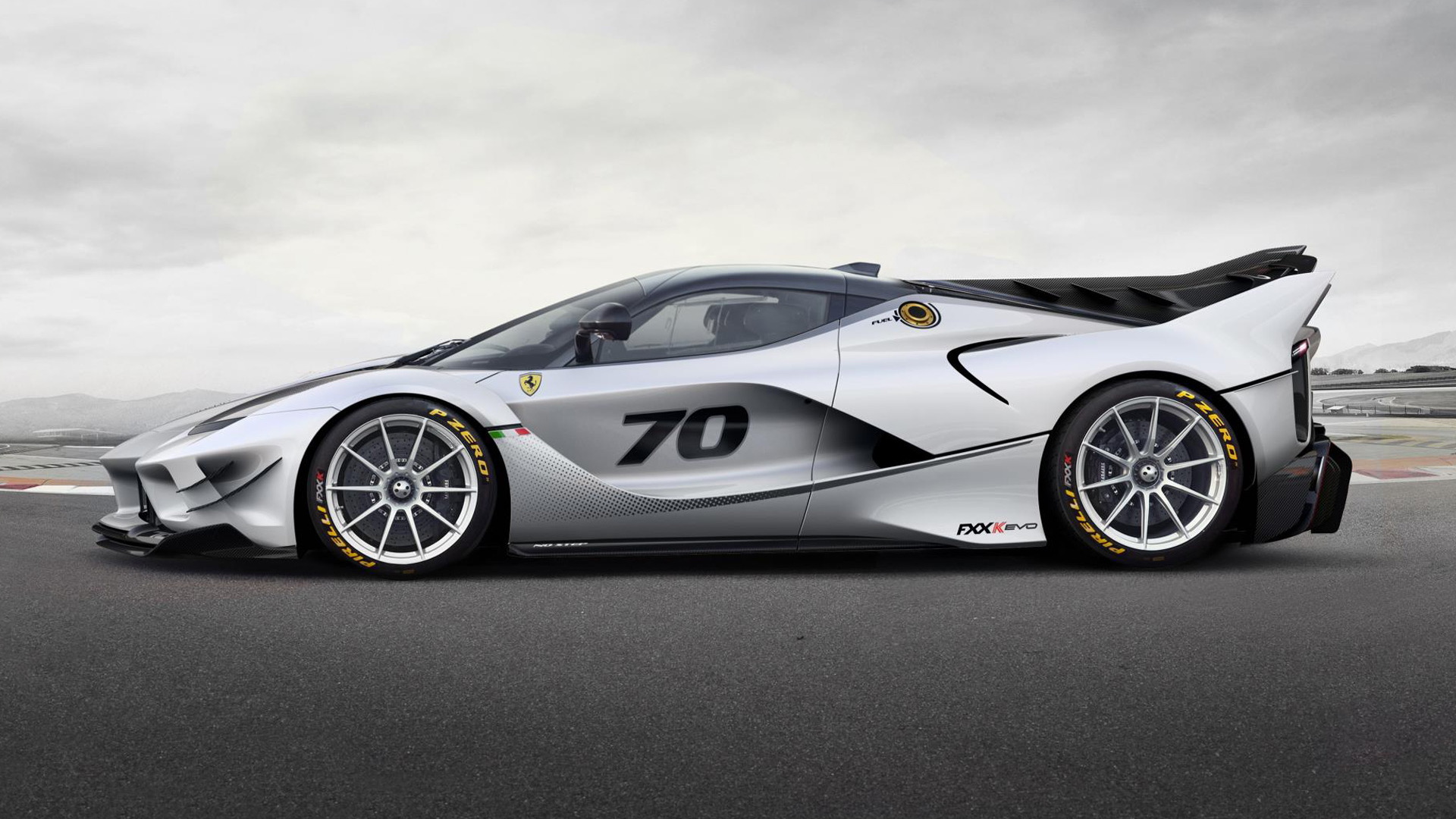 Ferrari has just turned up the wild factor on its already extreme FXX K.

The Italian firm has developed one of its evolution packages for the LaFerrari-based track car. The package will be made available as an upgrade kit for existing FXX K owners but will also be sold on a limited number of new FXX Ks to be built. In upgraded form, the car goes by the designation FXX K Evo.

This past weekend’s 2017 Finali Mondiali at the Mugello circuit in Italy provided the backdrop to the world premiere of the car. Each year, Ferrari holds the Finali Mondiali to mark the end of the motorsport season.

As was the case with the Evo versions of the Enzo-based FXX and the 599 XX, the FXX K Evo benefits from an extensive package that applies knowledge derived from various racing programs in which Ferrari partakes. The list includes Formula 1, GT3, GTE, and the Challenge one-make series. But the FXX K Evo isn’t homologated for any particular race series, so you won’t ever see it in competition.

The two areas of focus for the engineers were weight reduction and improved aero. Ferrari says weight was reduced over the FXX K, despite the addition of new aero elements such as the massive fixed wing at the rear. The automaker doesn't mention the weight but says the weight distribution is a very rear-biased 41/59 front-to-rear split.

In the area of aero, Ferrari says the car’s downforce now approaches that of a GT3 racecar. One metric is 1,410 pounds of downforce at 124 mph. And this downforce rises to 1,830 pounds at the car’s limit. The downforce is primarily achieved by the twin-profile fixed wing on the tail. This new addition was developed to work with the active rear spoiler already found on the FXX K. The two systems support and amplify each other, Ferrari says. Also forming part of the package is the new central fin.

The significant increase in downforce demanded some tweaks to the front bumper and underbody, as evidenced by the new flics at the front. Furthermore, the suspension—double wishbones front and multi-link rear—was also recalibrated to adapt to the car’s new aero features.

And finally, new front brake air intakes were also added. Although these are no wider to avoid increasing drag, they are more efficient thanks to a complete redesign of the intake itself. The brakes themselves are carbon-ceramic units from Brembo. The front discs span a massive 15.6 inches in diameter. The tires are Pirelli P Zero slicks measuring 285/650R19 front and 345/725R20 rear.

Inside, a new steering wheel has been fitted. It sports a new driving modes selector which gives the driver greater control of the car’s hybrid system. The screen displaying the rear view of the car has also been increased in size and displays data from a new telemetry system with clearer, more direct performance parameter and car status readouts.

The FXX K Evo is the latest member of Ferrari’s XX program, a rolling laboratory where Ferrari’s most loyal customers are invited to purchase one of the XX cars and help test its technologies. These technologies then appear on future road cars from the brand. The schedule for the FXX K Evo will see owners take to nine racetracks during the course of 2018.