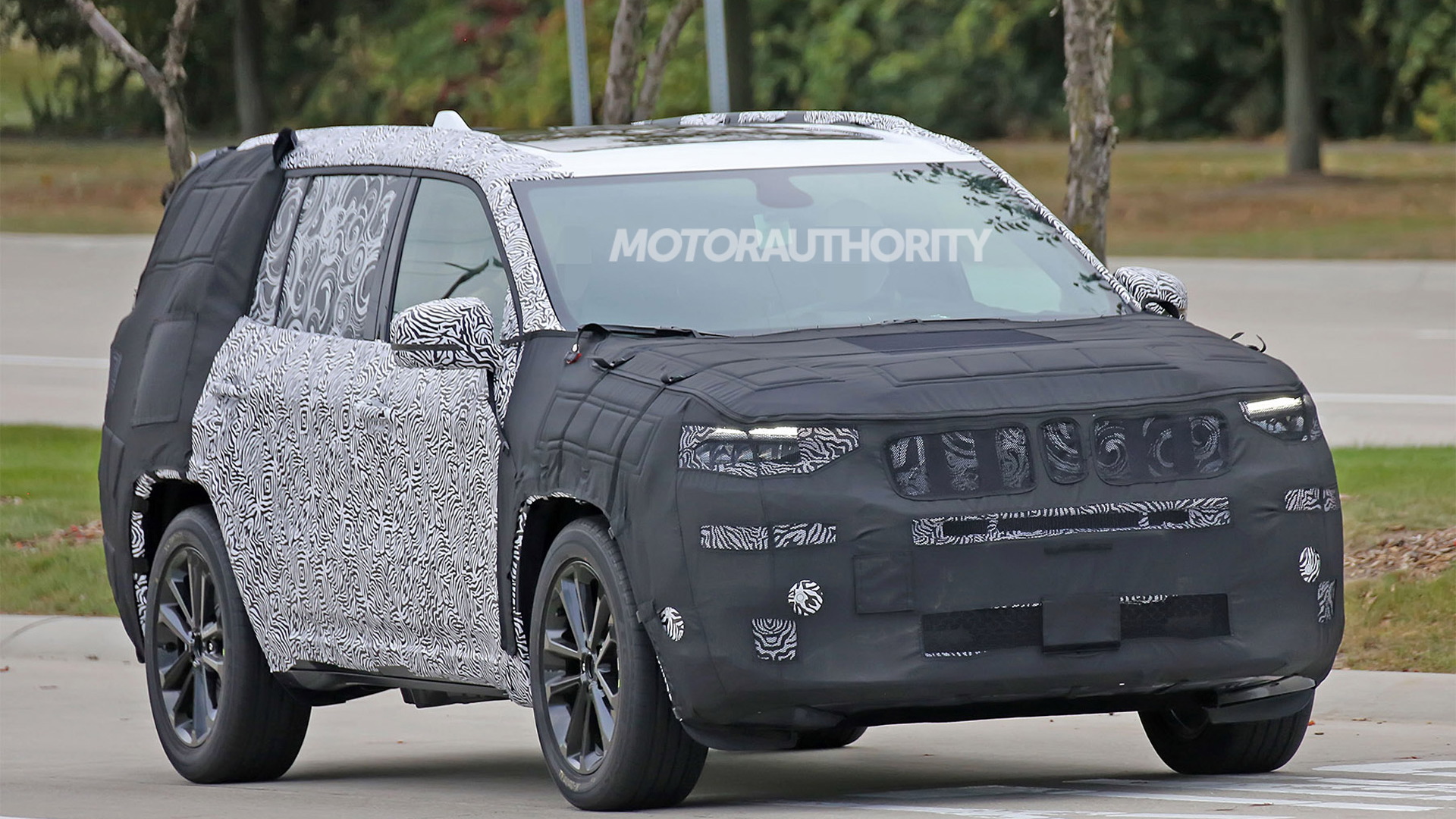 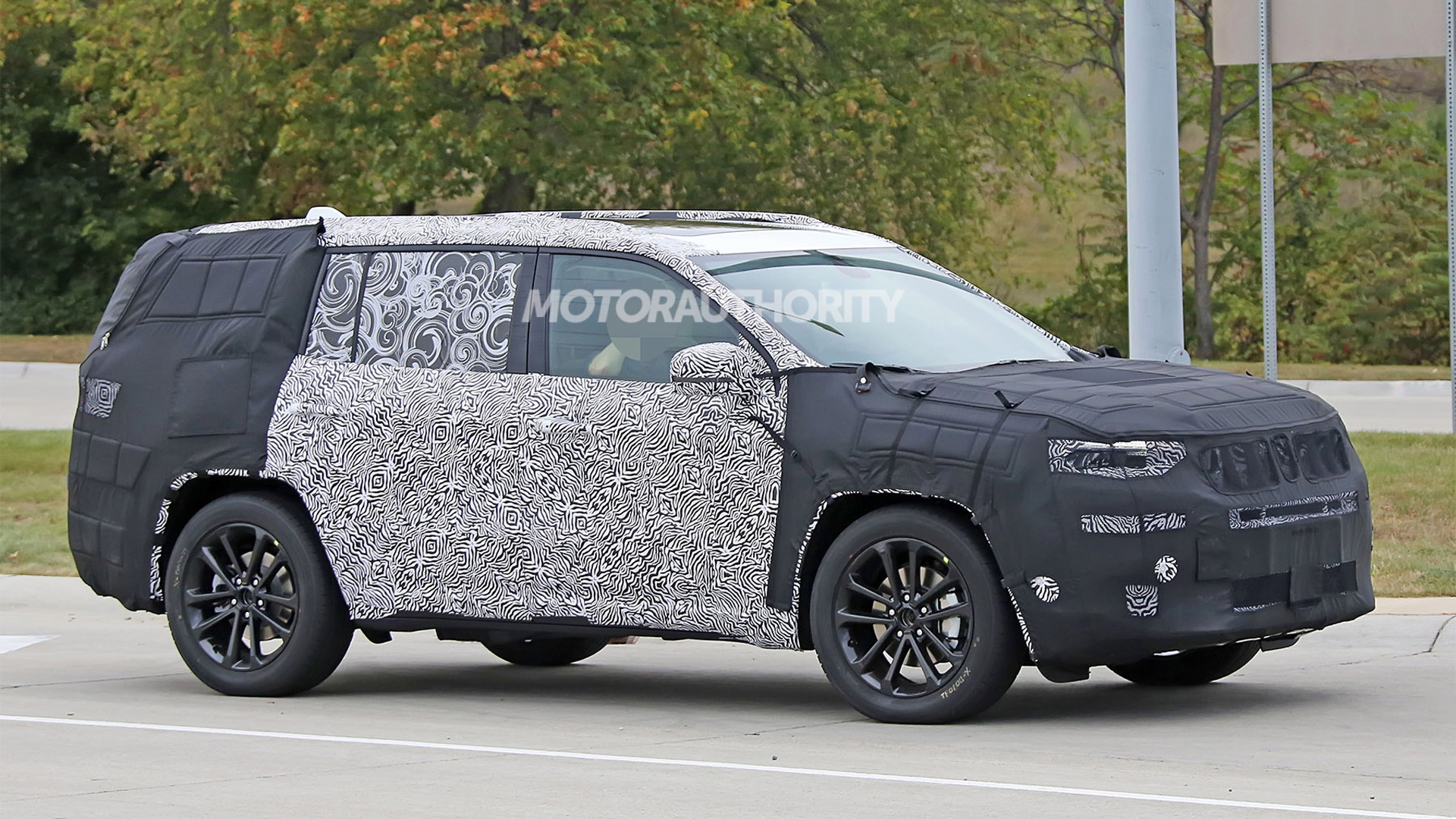 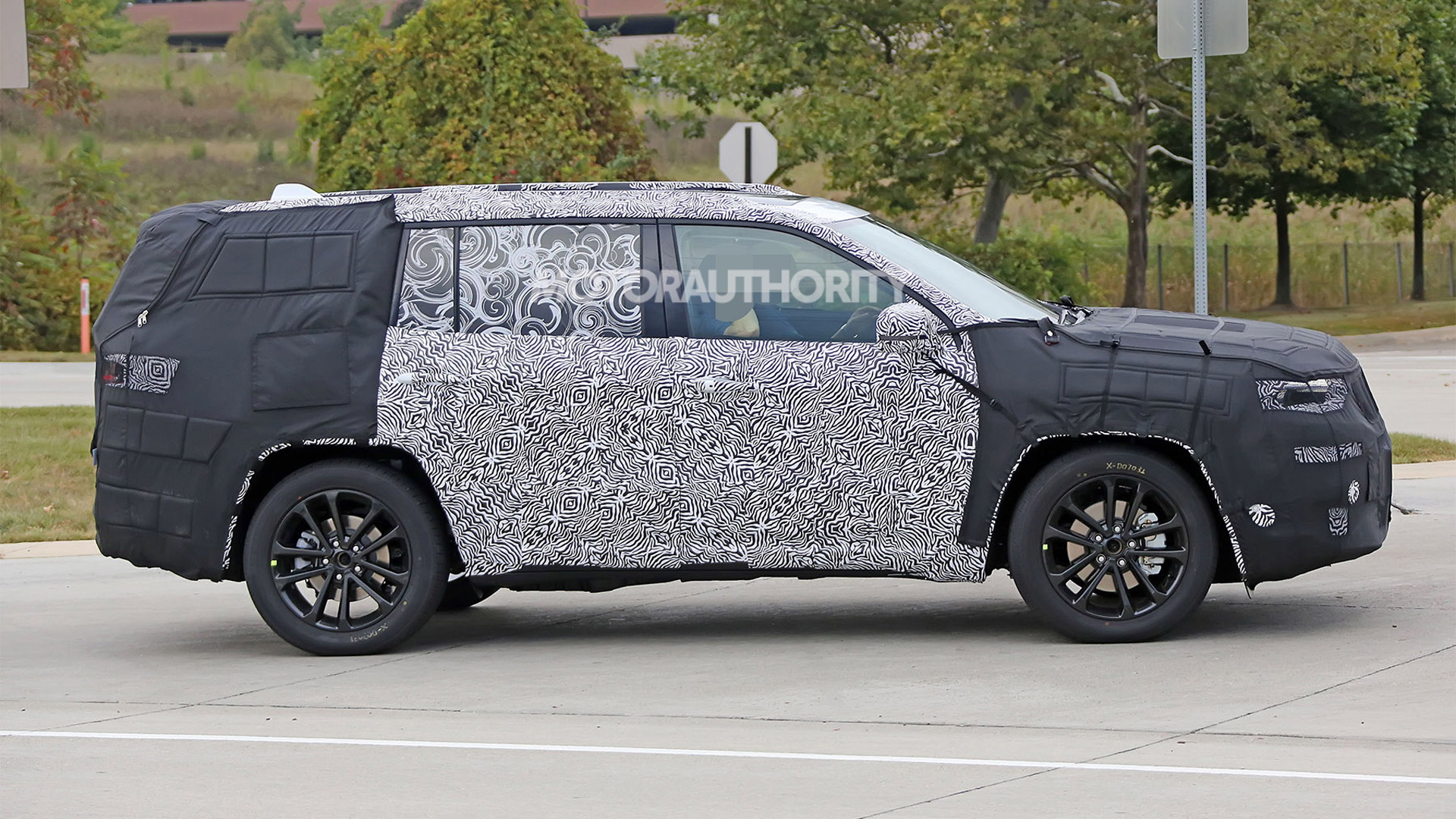 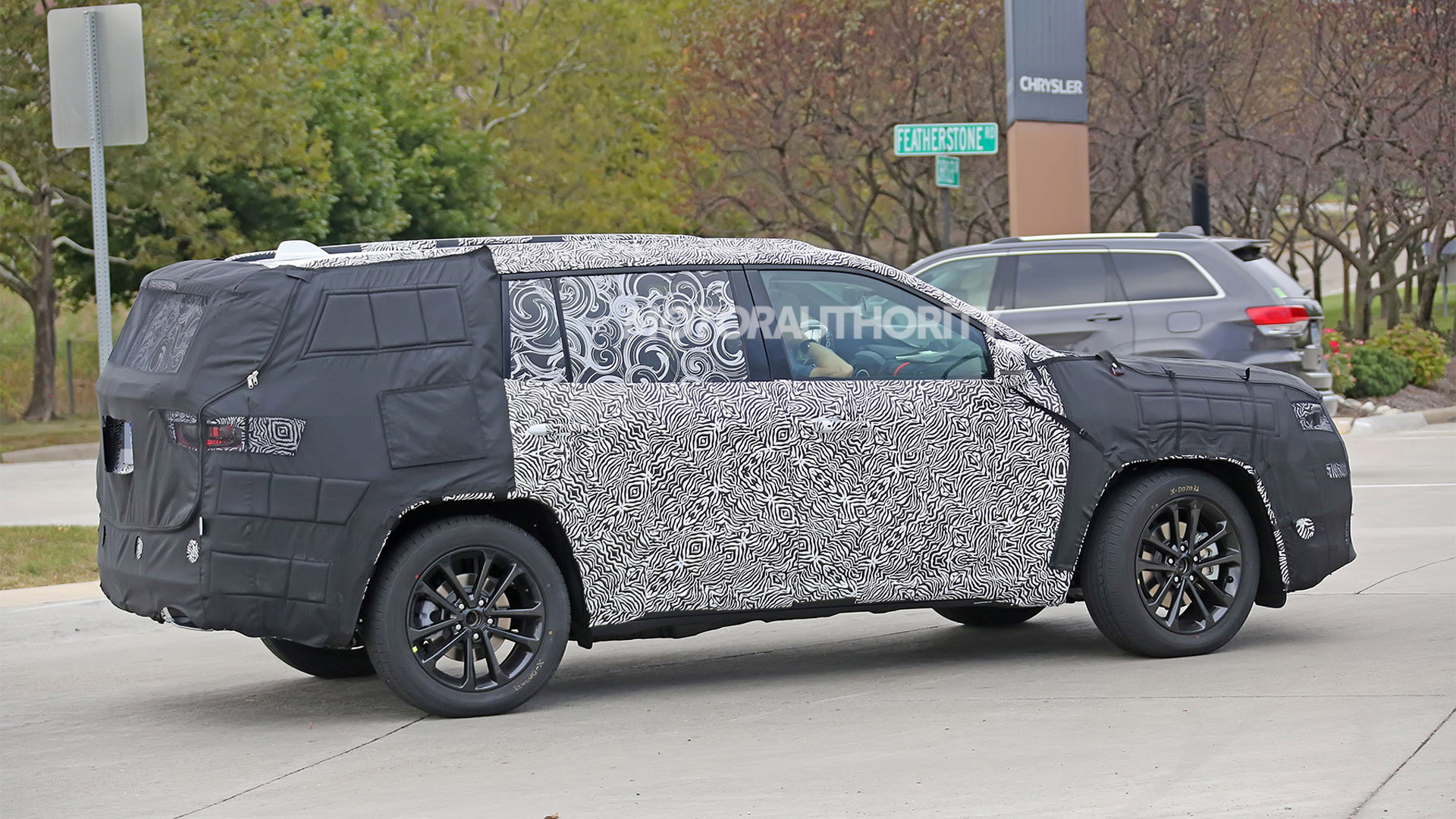 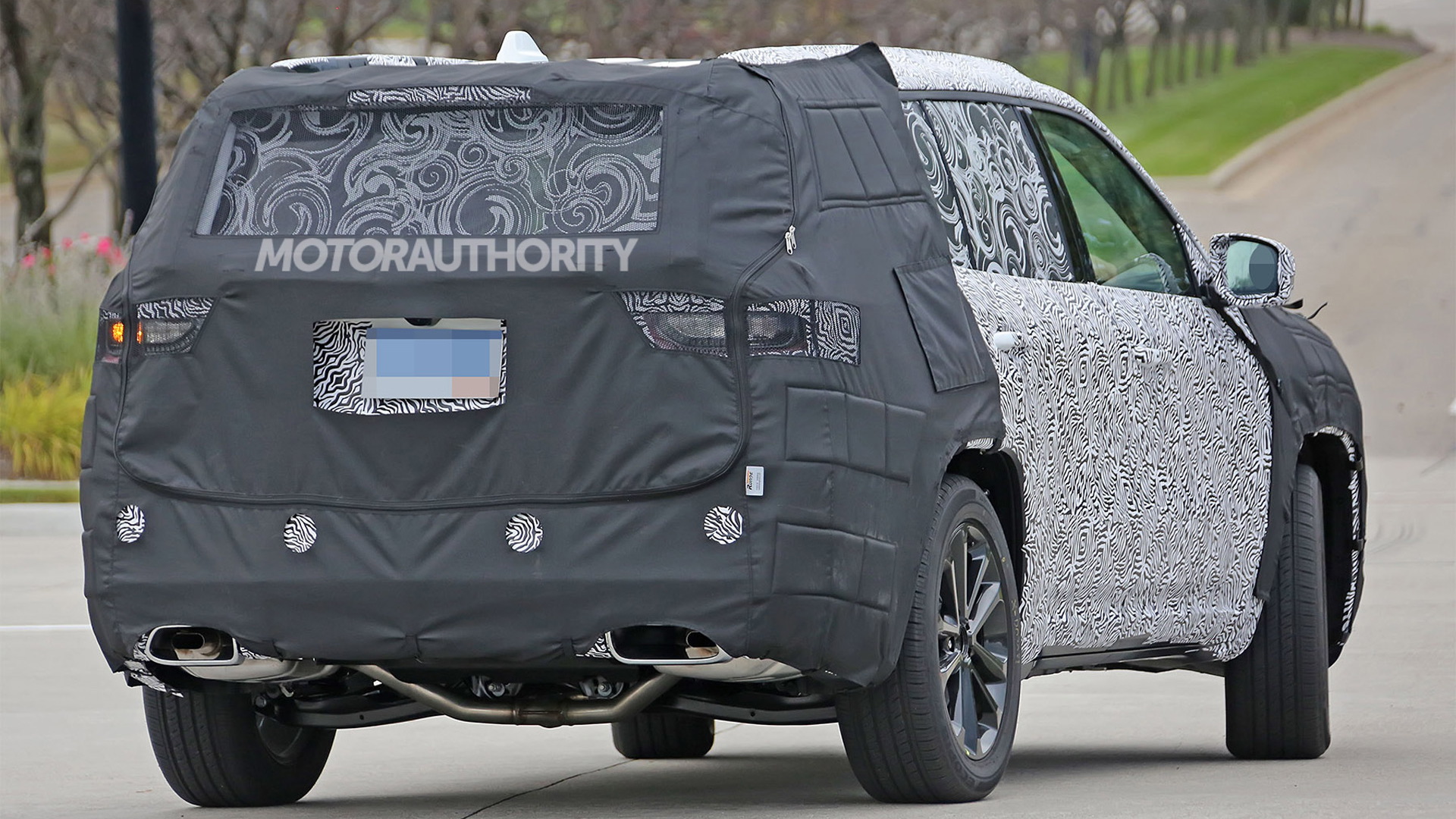 New spy shots confirm the development of a 3-row SUV at Jeep.

This isn’t Jeep’s full-size Wagoneer but rather a production version of the plug-in hybrid Yuntu concept we saw in April at the 2017 Shanghai Auto Show.

A comparison of the two vehicles shows an almost identical design for the greenhouse and wheel arches. The design of the grille is also the same for both vehicles.

There are some slight differences, though. The vehicle in the spy shots has longer overhangs front and rear as well as a lower ride height. It also has a thicker tailgate, a wider C-pillar, and much more conventional-looking designs for the lights.

We got a taste of what’s to come in May with the reveal of some of the vehicle’s patent drawings. The platform, meanwhile, is a stretched version of the Cherokee’s Compact U.S. Wide (CUSW) design.

We wouldn’t expect the vehicle to be offered outside of China, though. The spied vehicle, like the Yuntu concept, isn’t a serious off-roader. You can tell by its low approach and departure angles.

A spokesperson for Jeep failed to comment on the prospect of a 3-row SUV other than the Wagoneer in the lineup.

As for the new Wagoneer, this will be a true full-size SUV based on the body-on-frame platform of the next-generation Ram 1500. Jeep will offer both a regular Wagoneer and extra big, extra plush Grand Wagoneer. They're not due until calendar year 2019, at the earliest.