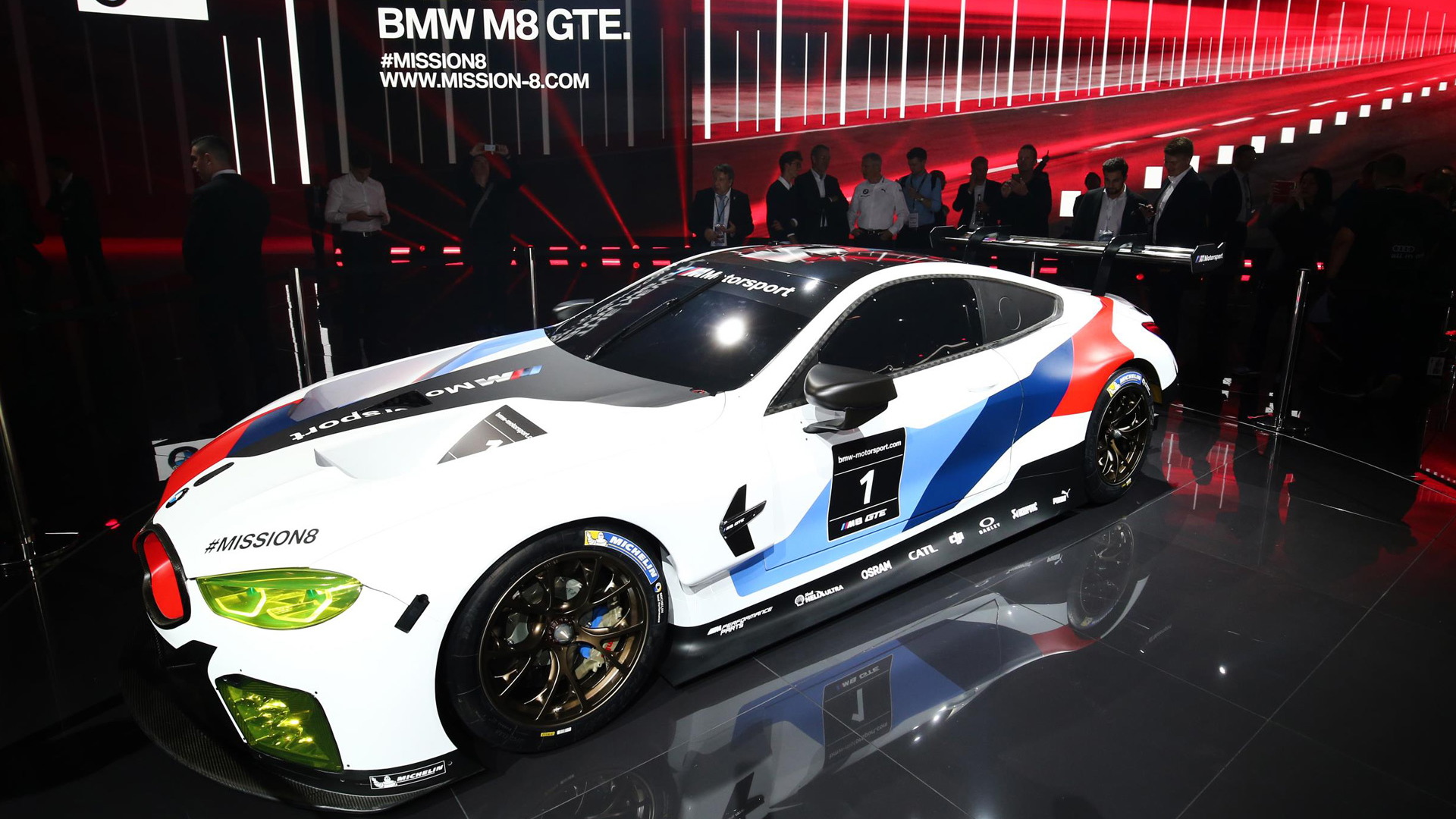 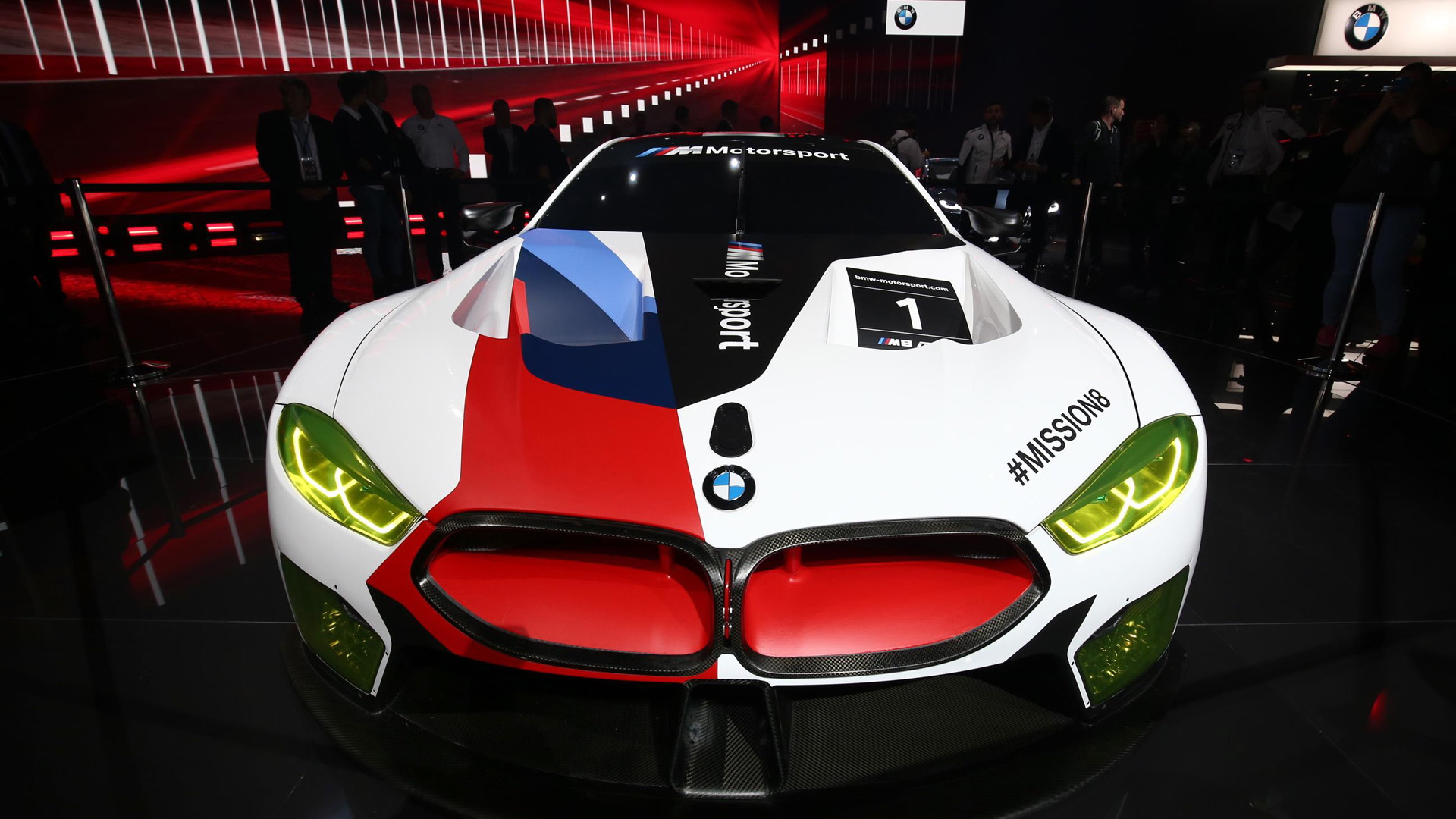 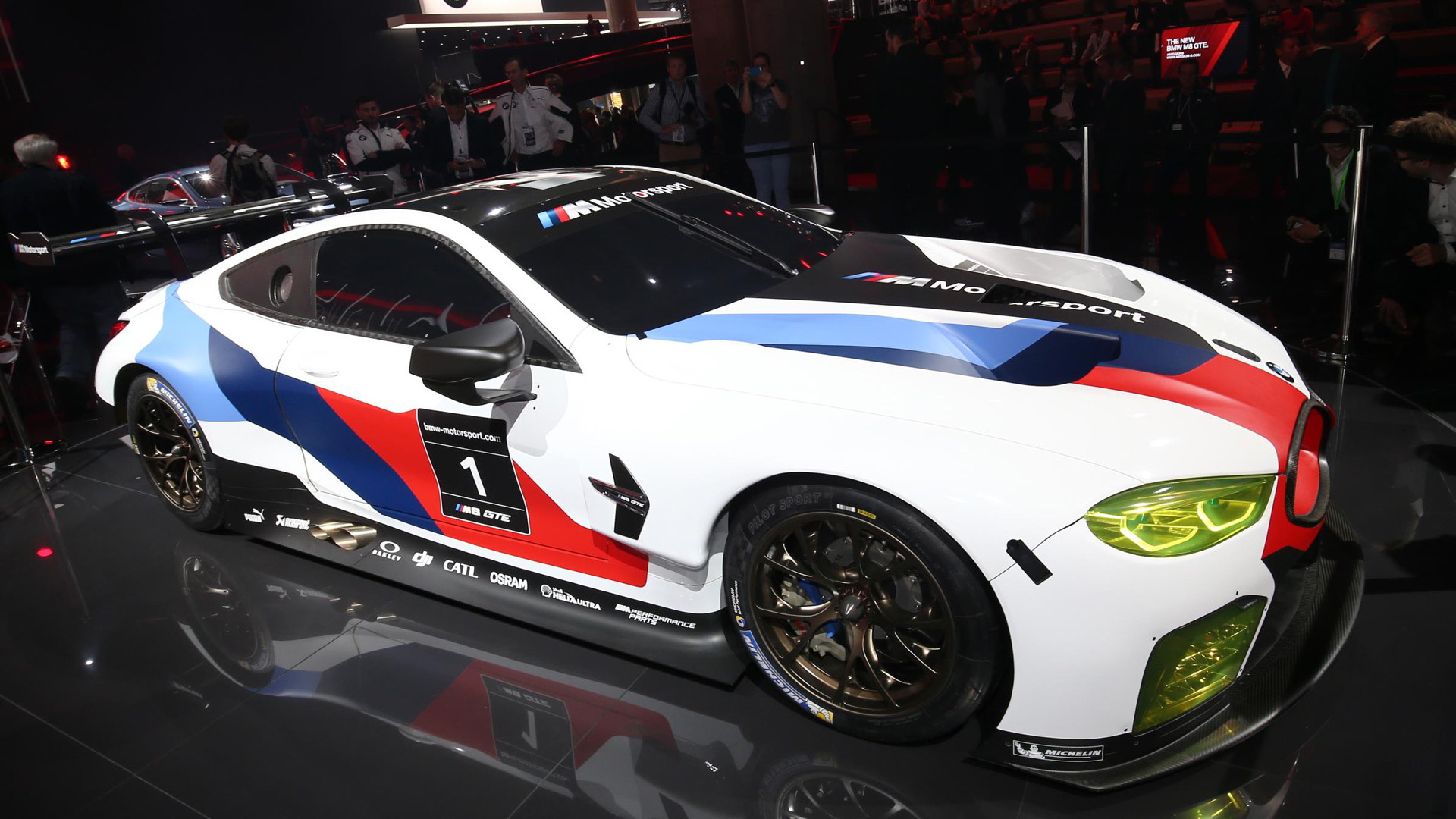 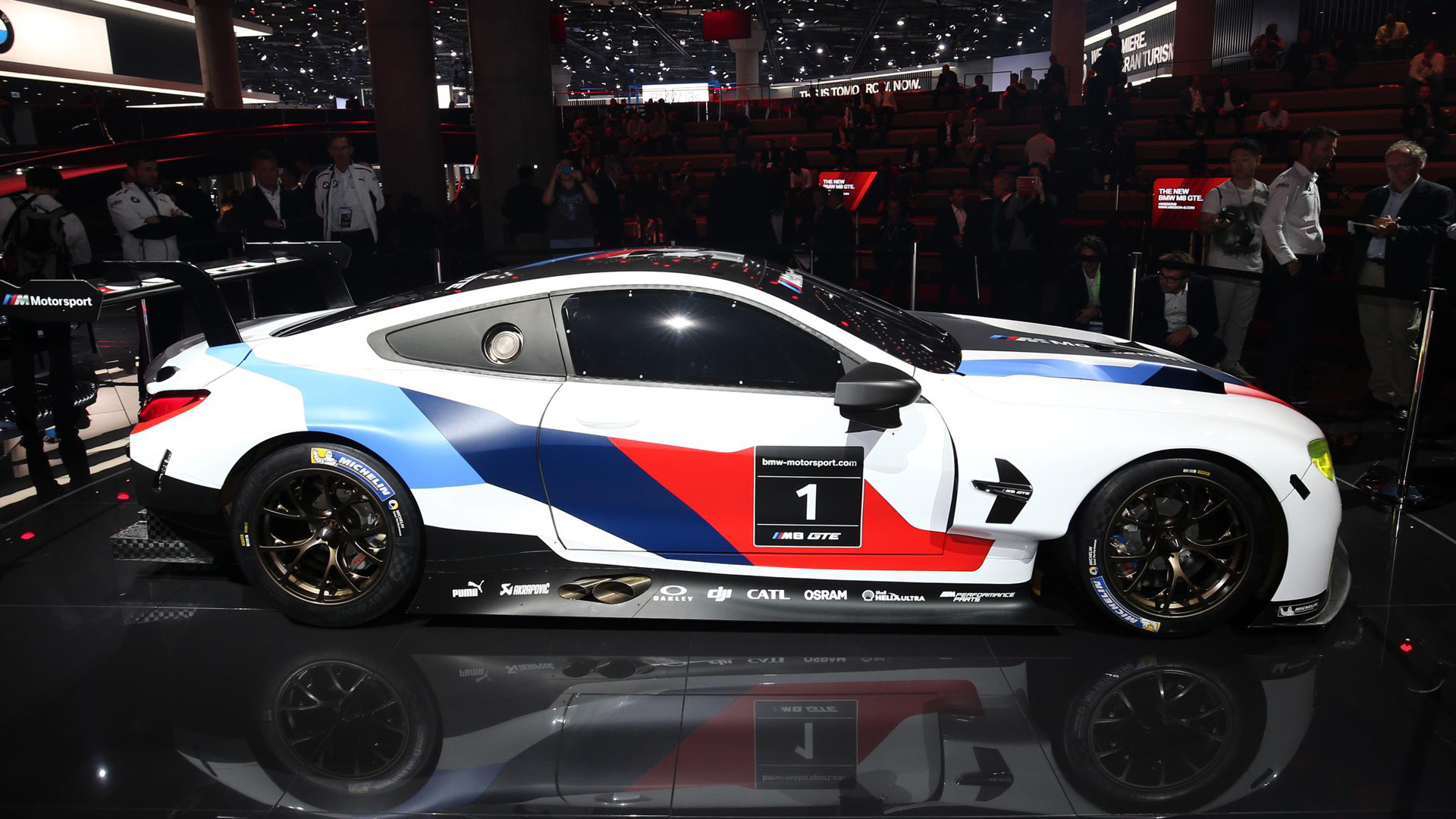 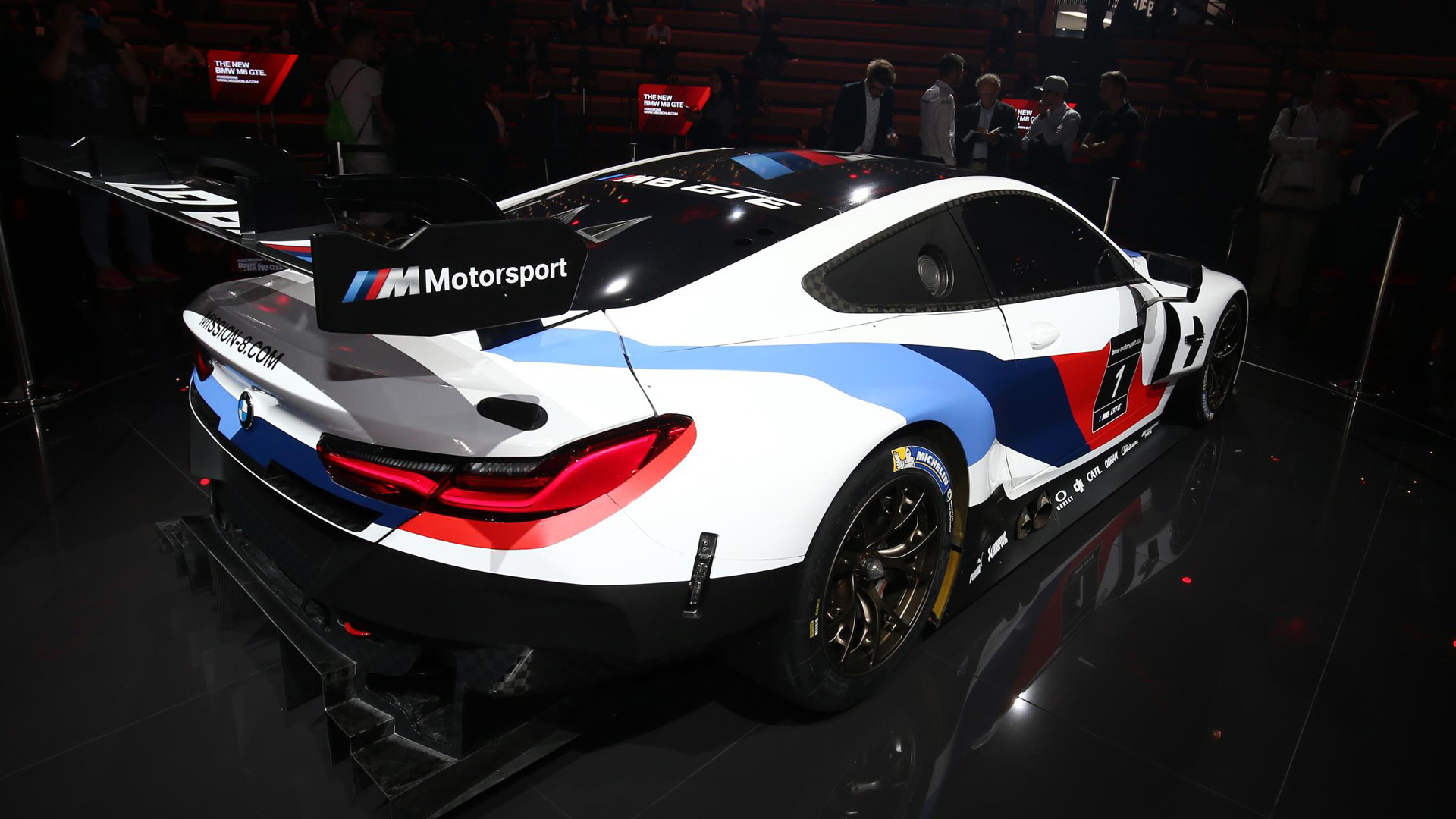 While BMW holds off on unveiling the production version of its new 8-Series a while longer, the Bavarian automaker is whetting our palettes with the debut of the BMW M8 GTE racecar at this week's 2017 Frankfurt motor show.

It's not the "8" we'll see on the street, but the M8 GTE program has run parallel with the road car's development and more accurately portrays the production model than the 8-Series concept we saw earlier in the year. This is especially true for the grille shape, lights and profile.

A 4.0-liter twin-turbo V-8 engine will power the M8 GTE, though its power will be restricted per regulations. The nominal base output of the engine is over 500 horsepower, depending on the race classification. BMW is also keen to note that the upcoming 8-Series will be truly embodied by the M8 GTE, which uses the cylinder block and heads from the production car's engine. The transmission, however, is strictly for the track. It's a 6-speed sequential automatic.

Both the M8 GTE and the road car feature significant weight reductions through the extensive use of ultra-light carbon fiber-reinforced plastic components. Despite its rather large overall footprint, the BMW M8 GTE weighs just 2,690 pounds.

The BMW M8 GTE has been developed using the latest technology, including 3D measurement technology and a new algorithm for engineers to increase the number of simulations in wind-tunnel development.

Looking at the entire car, we see some production design cues for first time. BMW notes the M8 GTE race car features the same roofline design as the street car, and the headlights and taillights are also shared. Unlike its road-going cousins, though, the M8 GTE is built entirely by hand.

For now, the M8 GTE will live under the spotlights on the auto show circuit. But, it won't be long before BMW takes it to the racetrack, including a return to the 24 Hours of Le Mans. This version is designed for the 2018 World Endurance Championship. An M8 GT Le Mans (GTLM) is also being developed for the 2018 WeatherTech SportsCar Championship.