Mercedes-AMG engineers have let down their guard regarding the tuner's new standalone sedan. The latest prototypes have shed the heavy camouflage gear of earlier testers in favor of a revealing red wrap.

These photos, more of which you can view at the Facebook page Salento V12, shows us the car's true shape for the first time. The lines are an almost 100 percent match to the GT sedan concept AMG rolled out at the 2017 Geneva International Motor Show, but somehow they look even more agressive here.

Given the engineers' reluctance to conceal the latest prototypes, the debut can't be far. A good bet is this year's Geneva show starting March 6. 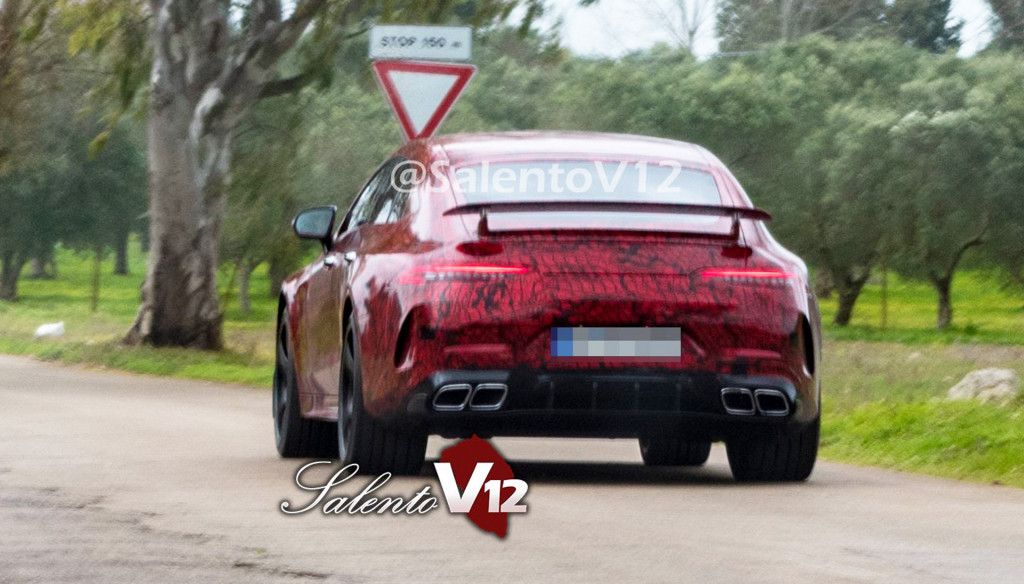 As we learned last fall, the car won't use the previously rumored name of GT 4. The name has not yet been made official and AMG is simply referring to the car as its "GT sedan" as a working title.

What we do know is that the car will be offered with AMG’s familiar 4.0-liter twin-turbocharged V-8 at launch, with the output likely sitting somewhere higher than 500 horsepower. Eventually, we should see the hybrid system previewed in the GT concept made available. The system, which pairs the V-8 with an electric motor mounted at the rear, delivers 805 hp and thus will likely be reserved for a range-topping variant.

Interestingly, Mercedes has just launched a new generation of the CLS, so there will be a bit of internal rivalry going on. To help differentiate the two, AMG will no longer offer a CLS63. Instead, the tuner has launched a CLS53 with a 6-cylinder-based mild hybrid powertrain.