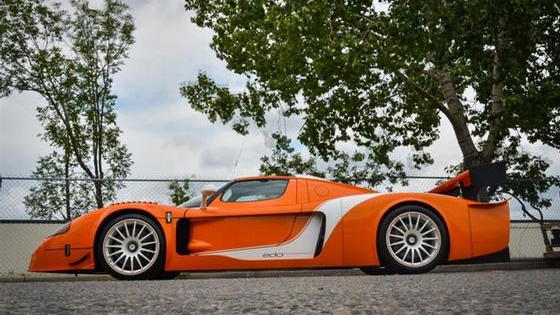 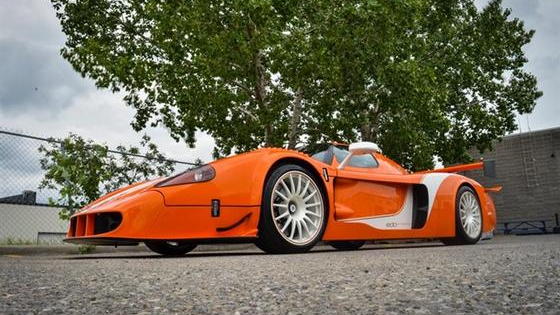 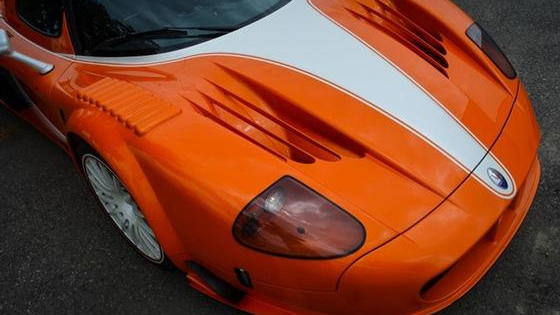 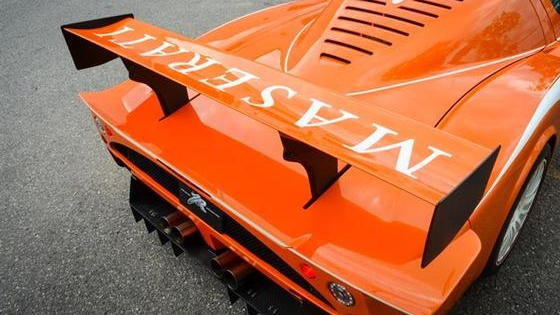 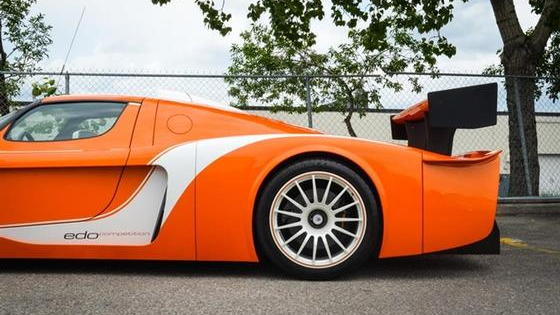 Maserati built a rather rare machine when it created the MC12. Built on the bones of the Ferrari Enzo, Maserati created its own version of the hyper exotic for the street and actually crafted a car in smaller numbers than the Maranello-born Enzo. In total, Maserati built 62 cars. That number breaks down to 50 road cars and 12 Corsa racing-only variants. Here's one for sale, and the asking price isn't actually as insane as you might think. It's located in Seattle and for sale through GlobalAutosports.com.

Let's back up a minute. A car costing $1,500,000 is extremely expensive. However, the MC12 cost around $700,000 for a street car or $1,500,000 for the Corsa when it first launched, and these are far more rare birds than the Enzo we already mentioned. The version you see here is a bit wild with its orange-and-white paint scheme, but it's also wild in the fact that it's a road-version wearing many Corsa upgraded parts. The work was done by tuner Edo Competition.

The body features a custom-made wide-body kit fashioned from original templates used for the MC12 Corsa GT1. It also has carbon fiber components for the rear wing, diffuser, front splitter, and roof scoop.

The 6.0-liter V-12 has been thoroughly reworked and it now produces 840 horsepower instead of the 620 horses it had when it left the factory. That's because has been bored and stroked to 6.3 liters, and it now boasts forged pistons, custom camshafts, a new valvetrain, and an upgraded stainless exhaust. It revs up to a sky-high 9,300 rpm. The sequential gearbox has received attention as well, and it can help push the car from 0 to 125 mph in just nine seconds. There are about 3,100 miles on the new powertrain.

Still, there are an amazing 50,000 miles on the odometer. We say amazing because these cars usually sit and we think it's quite wonderful that this car has been driven as much as it has. That could also explain why the asking price seems a bit low compared to other MC12 examples currently on sale. Regardless, this could be the one to buy if you're looking for an insane road car that you could actually drive instead of rub with a diaper and treat like a museum piece.

Go ahead. Spend the money. Push those miles even higher, and be the hypercar hero we all dream to be.