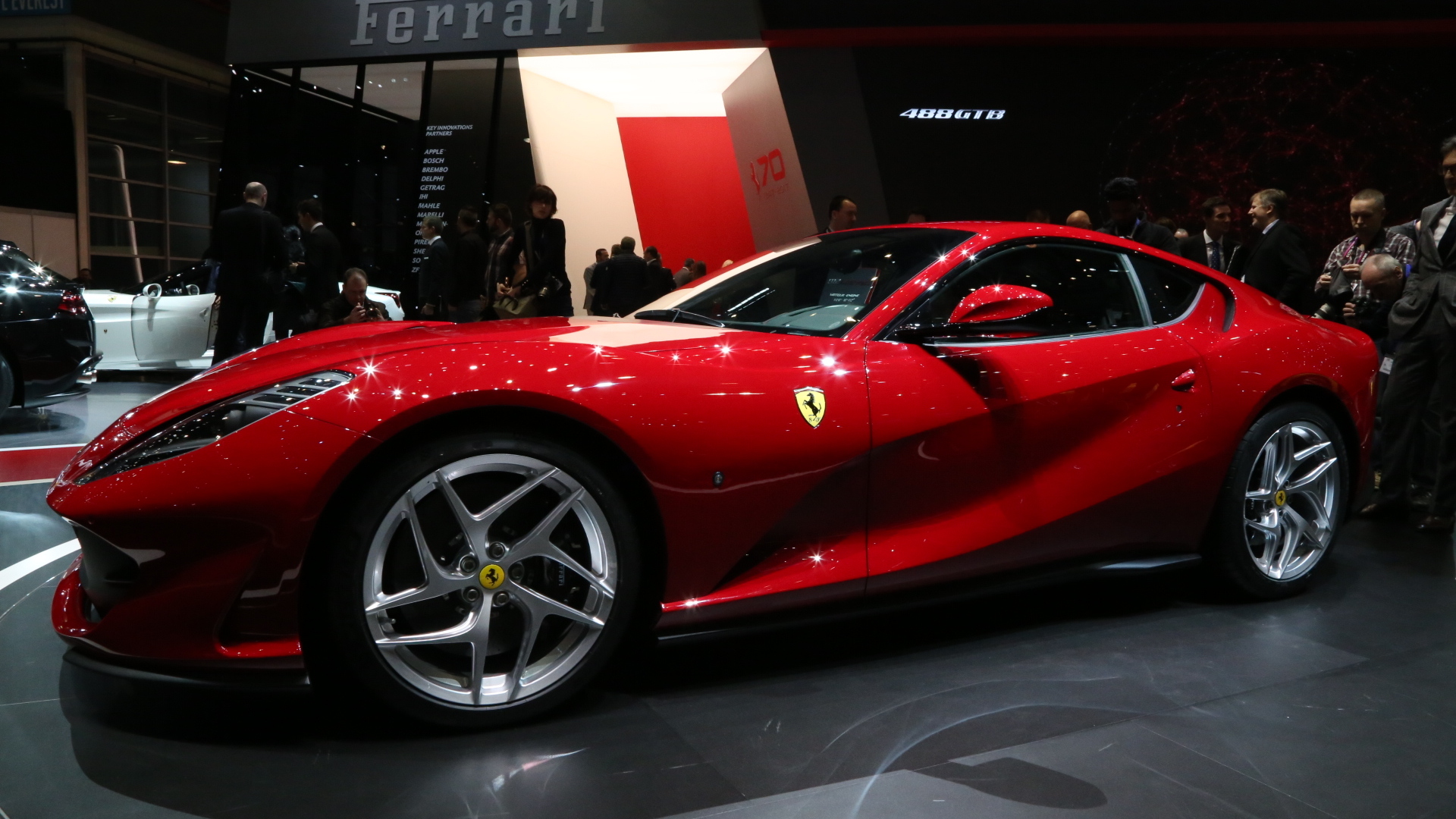 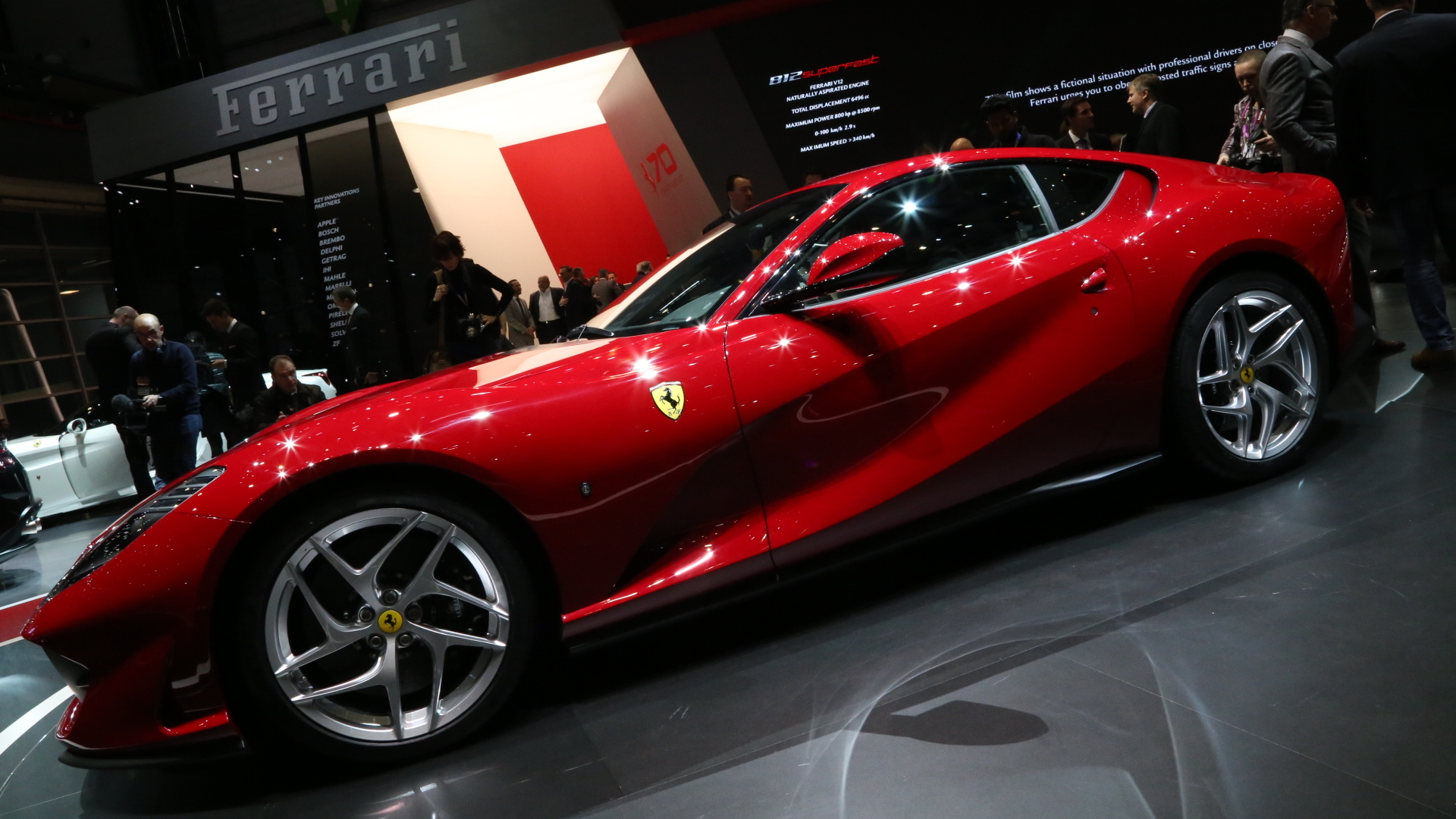 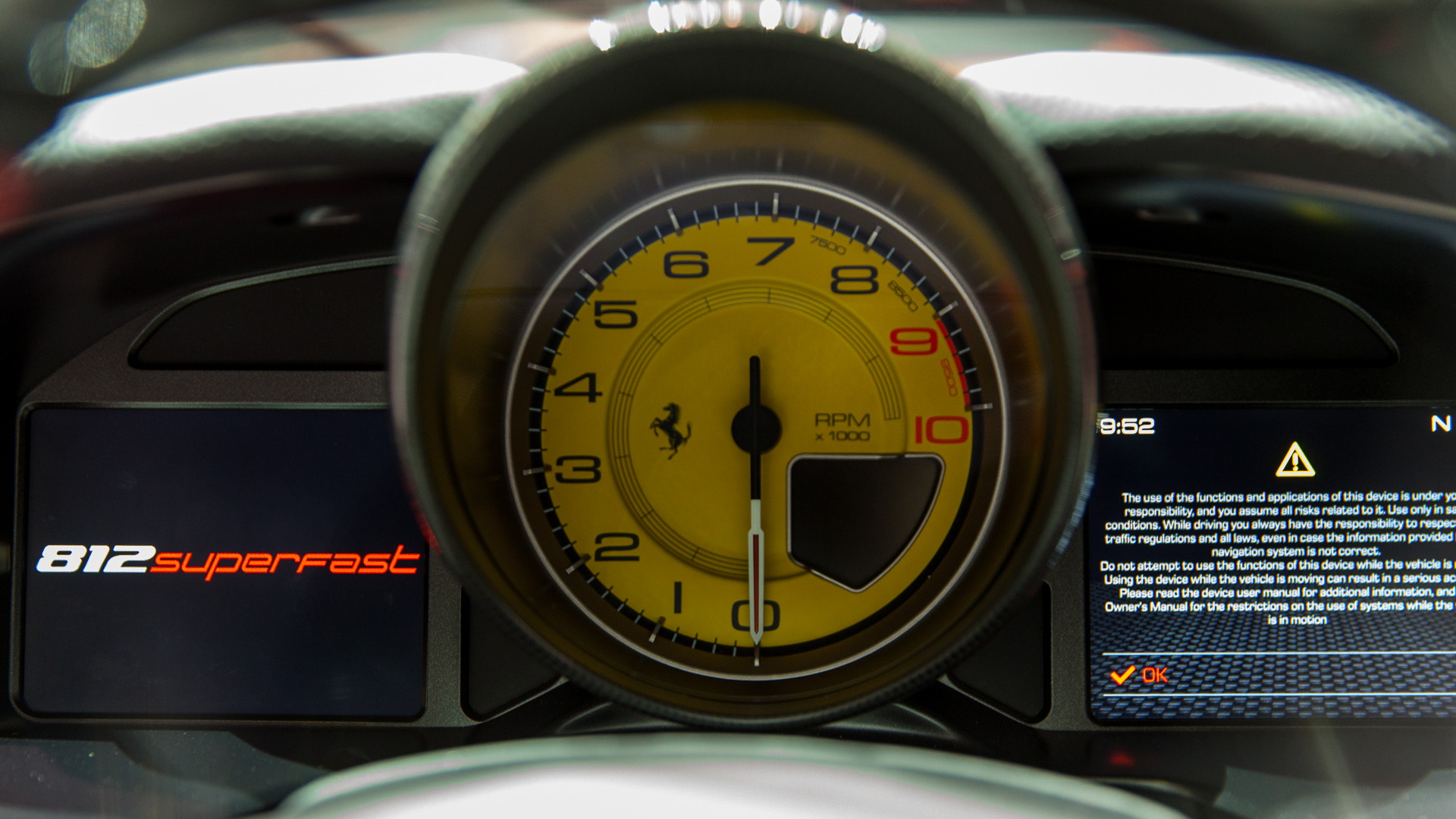 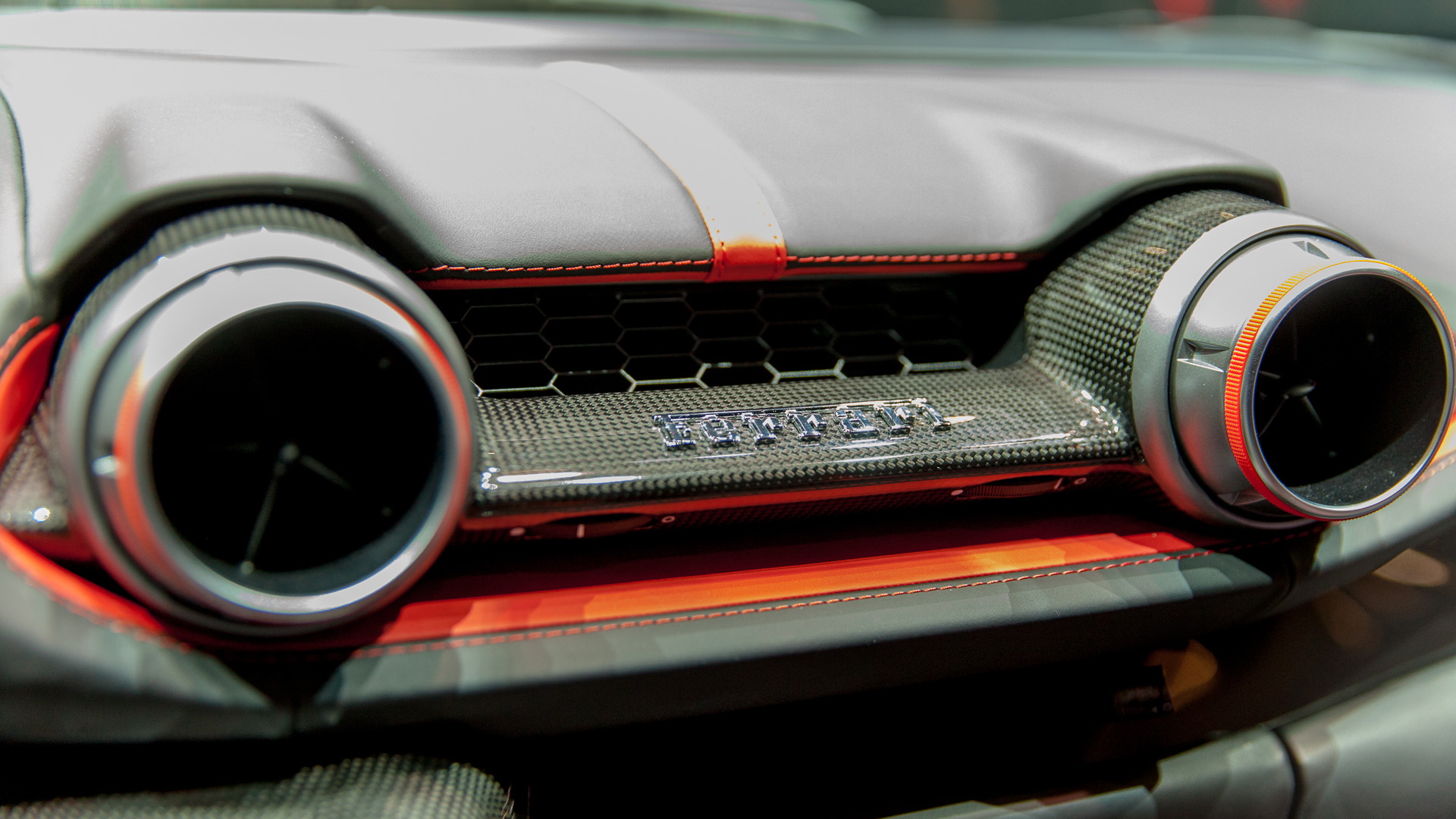 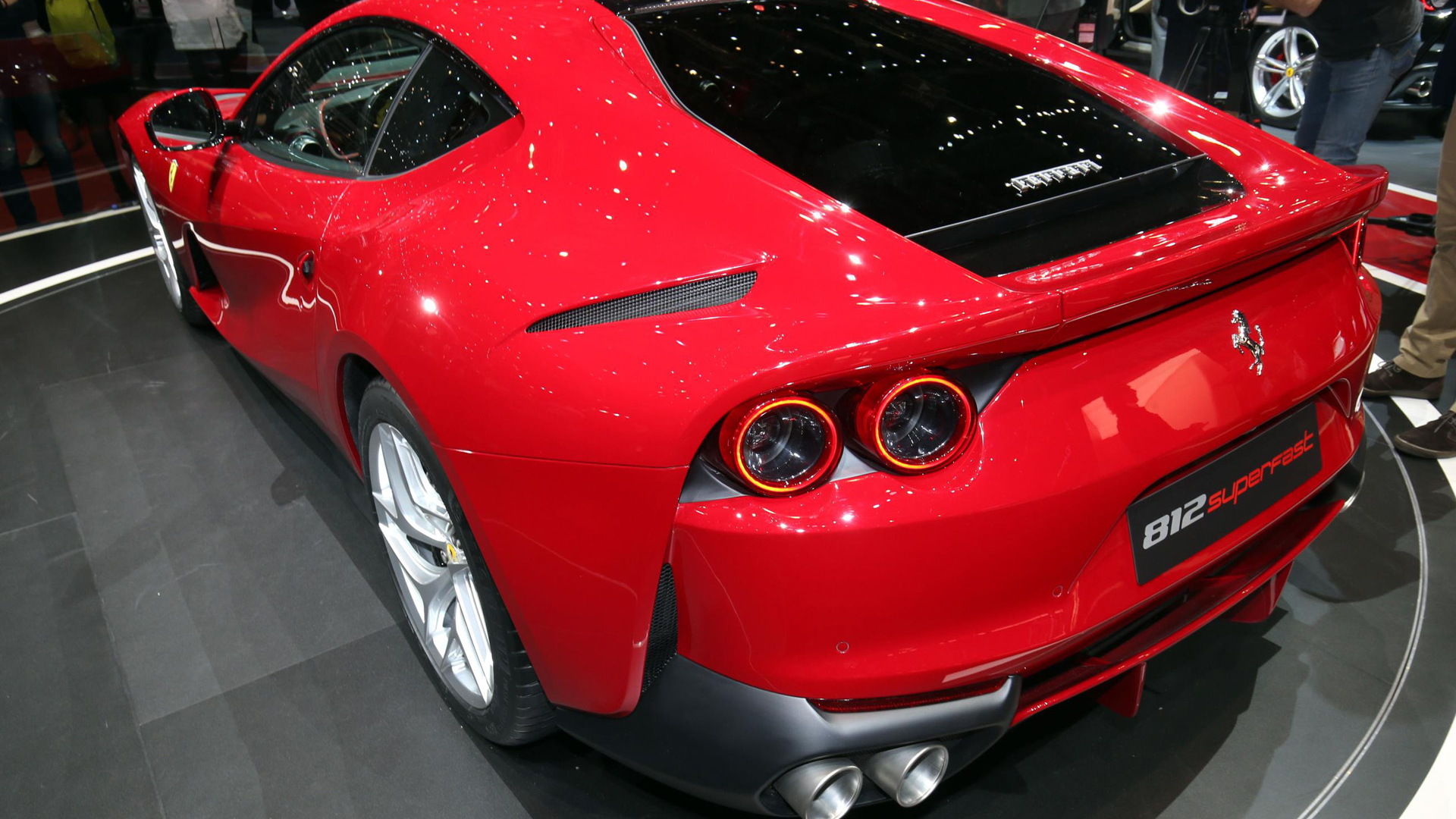 Now that we've had an up close look at the replacement for the F12 Berlinetta, Ferrari has clued us into the details on the 812 Superfast that we saw for the first time during last week's 2017 Geneva auto show.

We already know that the car features a new 6.5-liter V-12 underhood that makes about 790 horsepower and 530 pound-feet of torque with a glorious 9,000-rpm redline.

But the automaker has clued us into how advanced—and how nuts—this car will be when it starts hitting the streets later this year.

At just over 121 hp/liter of engine displacement, the Ferrari 812 jettisons itself to the top of the list for naturally aspirated engines in specific power output. The current production leader is the 2.0-liter inline-4 found in Mercedes-AMG's CLA45 and GLA45, at 187.5 hp/liter—but that's forced induction. Porsche's 911 GT3 RS takes the naturally aspirated crown with its 4.0-liter flat-6 that makes 500 hp, which equates to 125 hp/liter.

Power numbers aside, the 812 Superfast has another number that leaves us scratching our heads: 5,076. That's the pound-force per square inch at which its new direct injection system feeds the hungry V-12.

The 7-speed dual-clutch automatic swaps cogs 30 percent faster than the last 7-speed dual-clutch unit, which could mean that the 812 drops below 100 milliseconds for upshifts—or less time than it takes for your brain to process a change in the car's behavior.

Beyond that, the 812 pushes to the road harder than the F12 Berlinetta with increased downforce—up to 30 percent more, or roughly 360 pounds at 120 mph.

The number we're still waiting for—how much it will cost—hasn't yet been shared, but we've heard that regardless of what that number is there's already a waiting list stretching a year or two.