Audi Sport is looking to almost double within the next two years the number of cars it offers, and the division’s boss, Stephan Winkelmann, has stated that SUVs will take priority.

Right now the only Audi Sport SUV is the RS Q3, but an RS Q5 is coming soon and shortly after we should see an RS Q8 based on the Q8 currently doing the rounds in prototype form.

How do we know a RS Q8 is coming? Audi has made moves to protect the RS Q8 name. The automaker on August 1 filed for trademark protection with the European Union Intellectual Property Office.

We were also treated with the reveal of the Q8 Sport concept at March’s 2017 Geneva auto show. The concept hints at the aggressive styling we can expect on an Audi Sport-enhanced version of the production Q8. 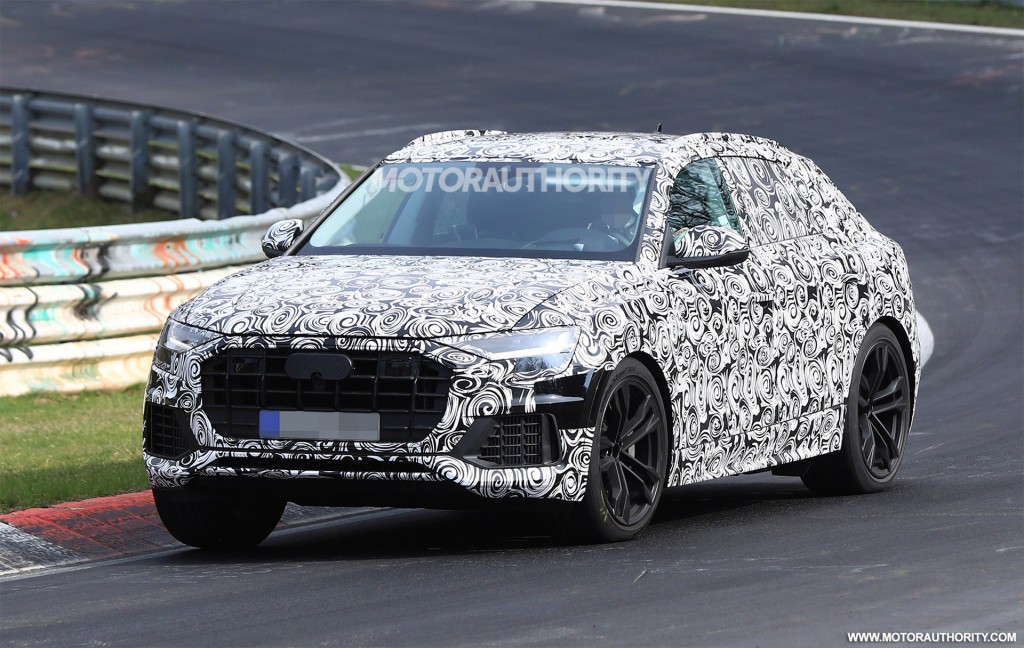 The Q8 is a coupe-like SUV similar in size to the Q7 and due in 2018. It will be a rival to the BMW X6, Land Rover Range Rover Sport and Mercedes-Benz GLE, so presumably any RS Q8 would rival the high-performance versions of those vehicles, i.e. the X6 M, Range Rover Sport SVR and Mercedes-AMG GLE63, respectively.

We can expect the RS Q8 to be fitted with all the usual RS paraphernalia such as lowered suspension, huge intakes in the front bumper, an aero package, plus uprated wheels, tires and brakes.

As for the powertrain, the current thinking is the 605-horsepower twin-turbocharged 4.0-liter V-8 found in the RS 7 Performance and S8 Plus models. Such an output would make any RS Q8 significantly more powerful than its aforementioned rivals whose outputs lie closer to the 550-hp mark.

Another possibility is pairing a V-8 with an electric motor. Such a combo already features in sister brand Porsche’s Panamera Turbo S E-Hybrid and is good for 680 hp. Porsche will add this powertrain to its next-generation Cayenne whose platform is the same used for the Q8, so we could see it picked up by Audi Sport for its own RS Q8.