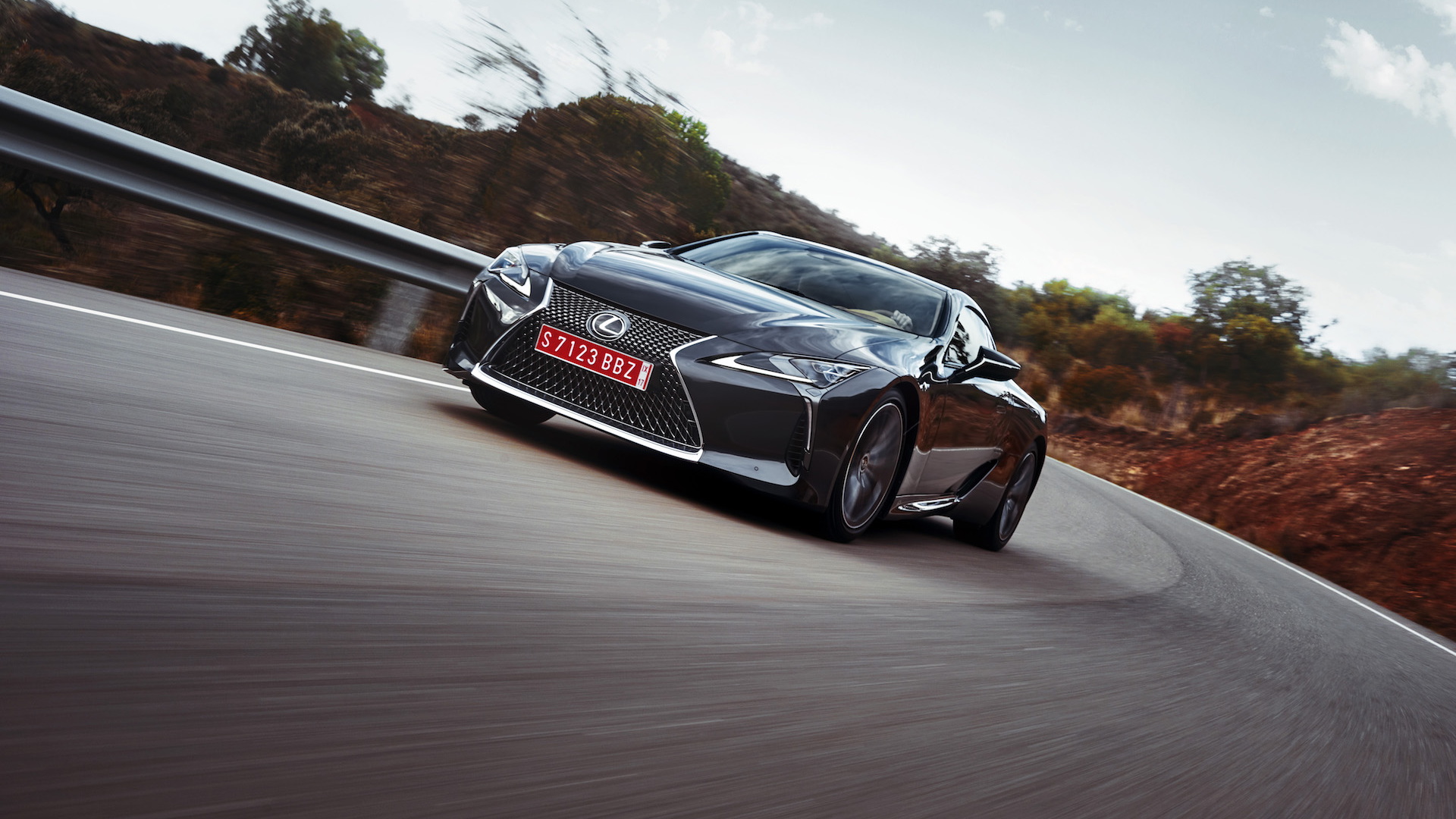 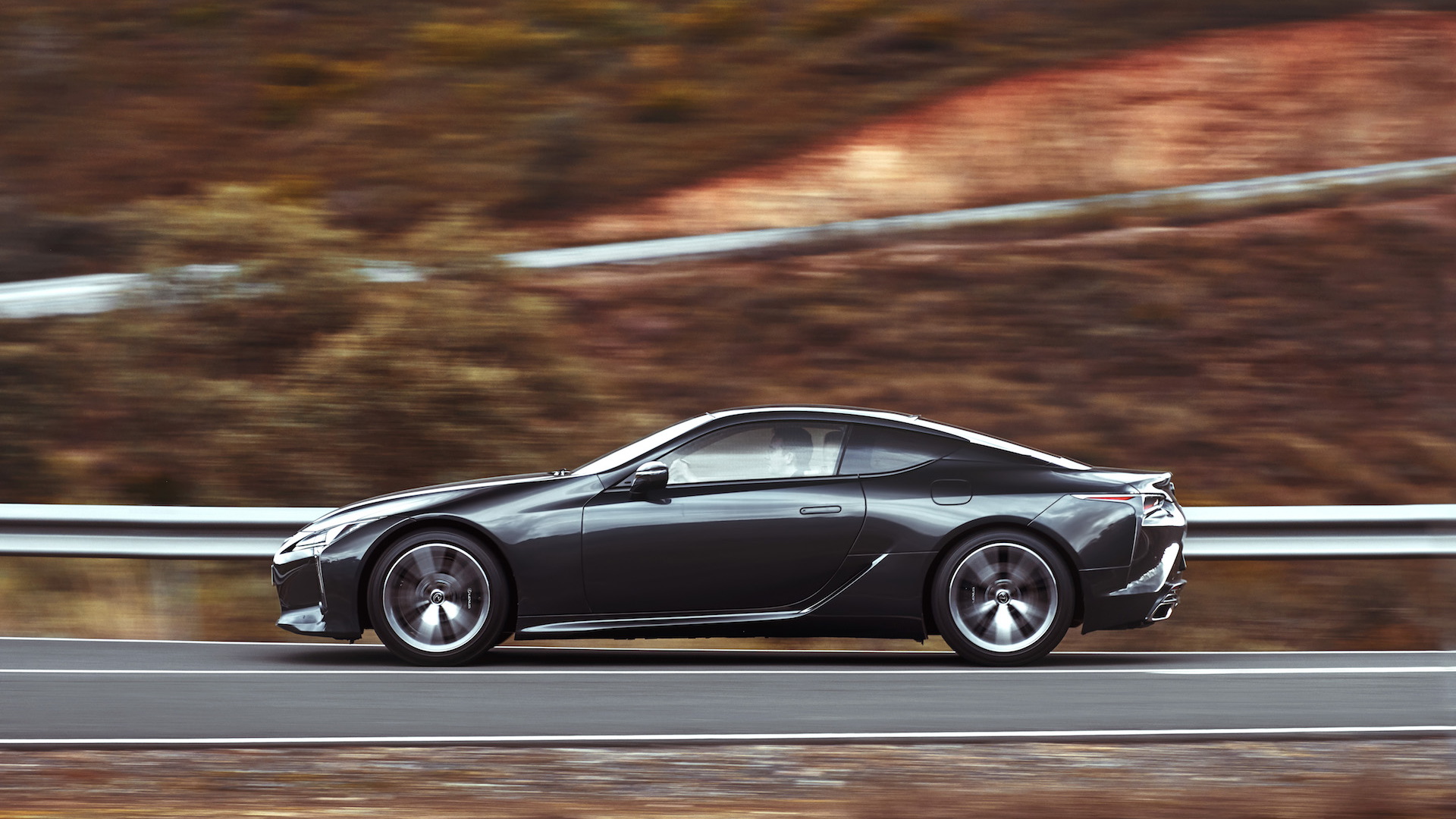 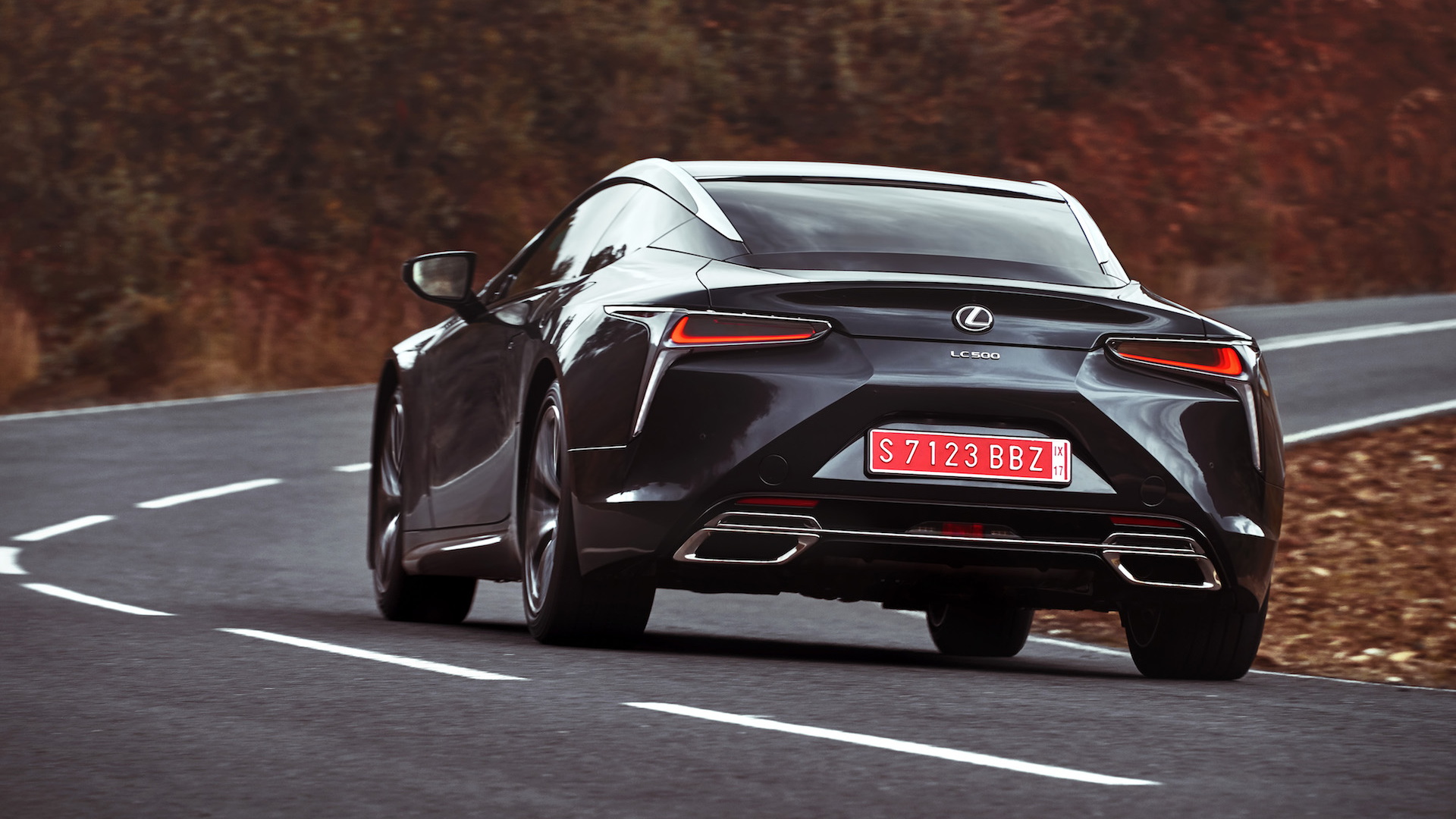 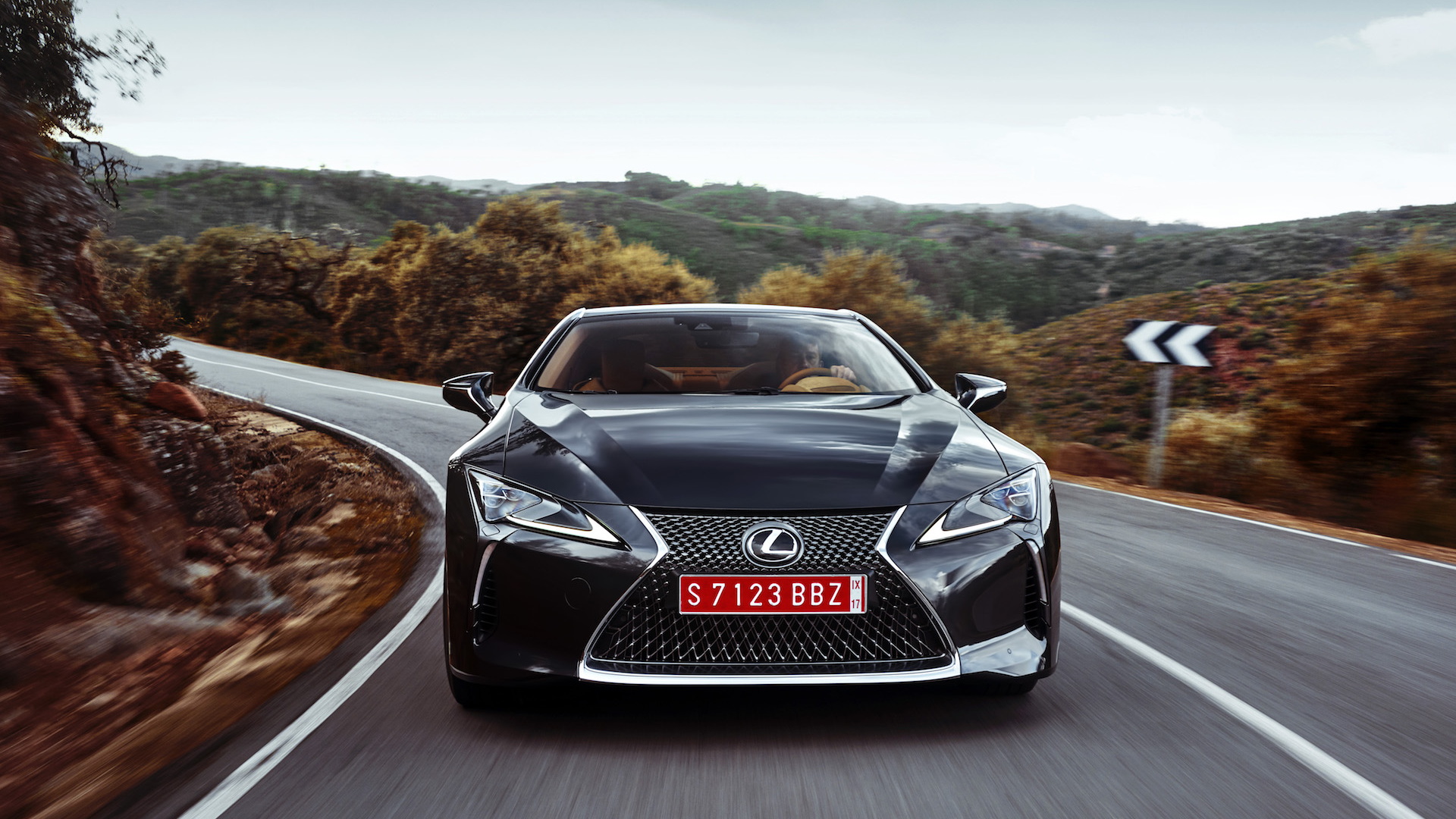 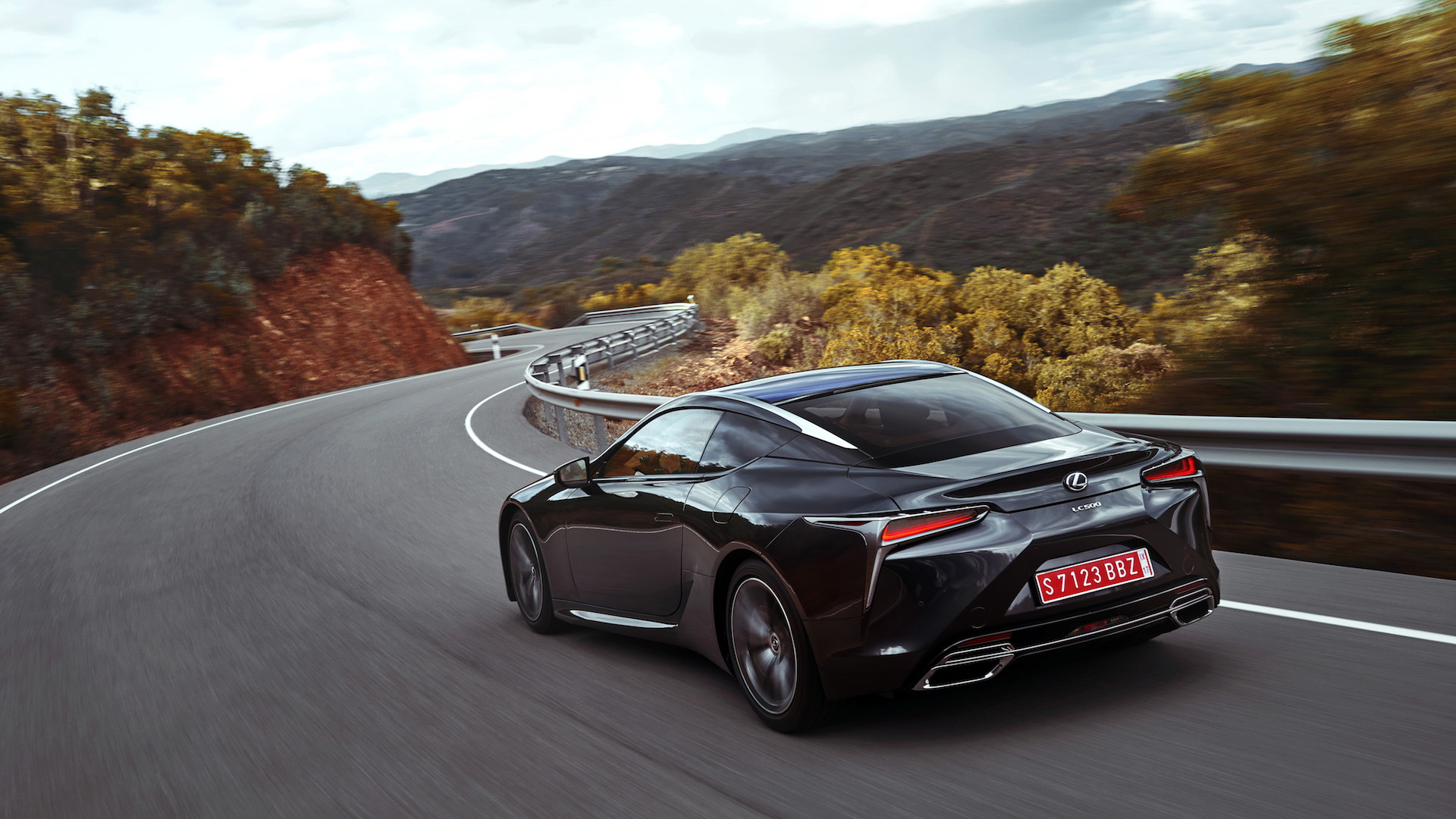 It's been kicking around the auto show circuit for a while now, but the stunning 2018 Lexus LC 500 is finally one step closer to adding some eye candy to a road near you. Lexus has announced pricing for the LC 500 and the LC 500h, and both models wear a starting price tag that lands a few ticks below the $100,000 mark.

If you want the standard LC 500, you'll need to shell out at least $92,975. That will get you the "base" car which has a 471-horsepower 5.0-liter V-8 mounted under that long nose. Making use of that power and the 398 pound-feet of torque on tap is a 10-speed automatic transmission.

Perhaps you prefer something with a dash more eco creed? The LC 500h starts at $97,485. Here you'll find a 3.5-liter V-6 as well as a battery pack and electric motor that work together to bring you 354 hp. The transmission consists of both a hybrid-style E-CVT and a torque converter automatic, which the engineers implemented to give the LC 500h a more sporting and engaging driving experience to match its V-8 sibling.

Each car can, as you no doubt assume, cost a bit more than those base price points. The Touring Package adds a glass roof, 20-inch forged wheels, upgraded seats, and a Mark Levinson audio system. It also adds $4,000 to the price of the LC 500 or $2,790 to the bottom line of the LC 500h. The optional Sport Package with Glass is nearly the same thing as the Touring package but you get Alcantara sport seats instead of the semi-aniline thrones. Here you'll dish out an extra $4,000 or $2,400 for the LC 500 and LC500h, respectively.

If you want to get really spendy, you can jump all the way to the Performance Package with Carbon. Here you get the Sport Package bits, but the roof is now made of carbon fiber reinforced plastic. You have active rear steering, an active rear spoiler, Alcantara over your heard, and carbon fiber on your sills. Here you'll need to pony up an additional $10,000 on the LC 500 or $8,790 with the LC 500h.

Get that cash ready because the latest Lexus coupe will be on dealer lots in May.