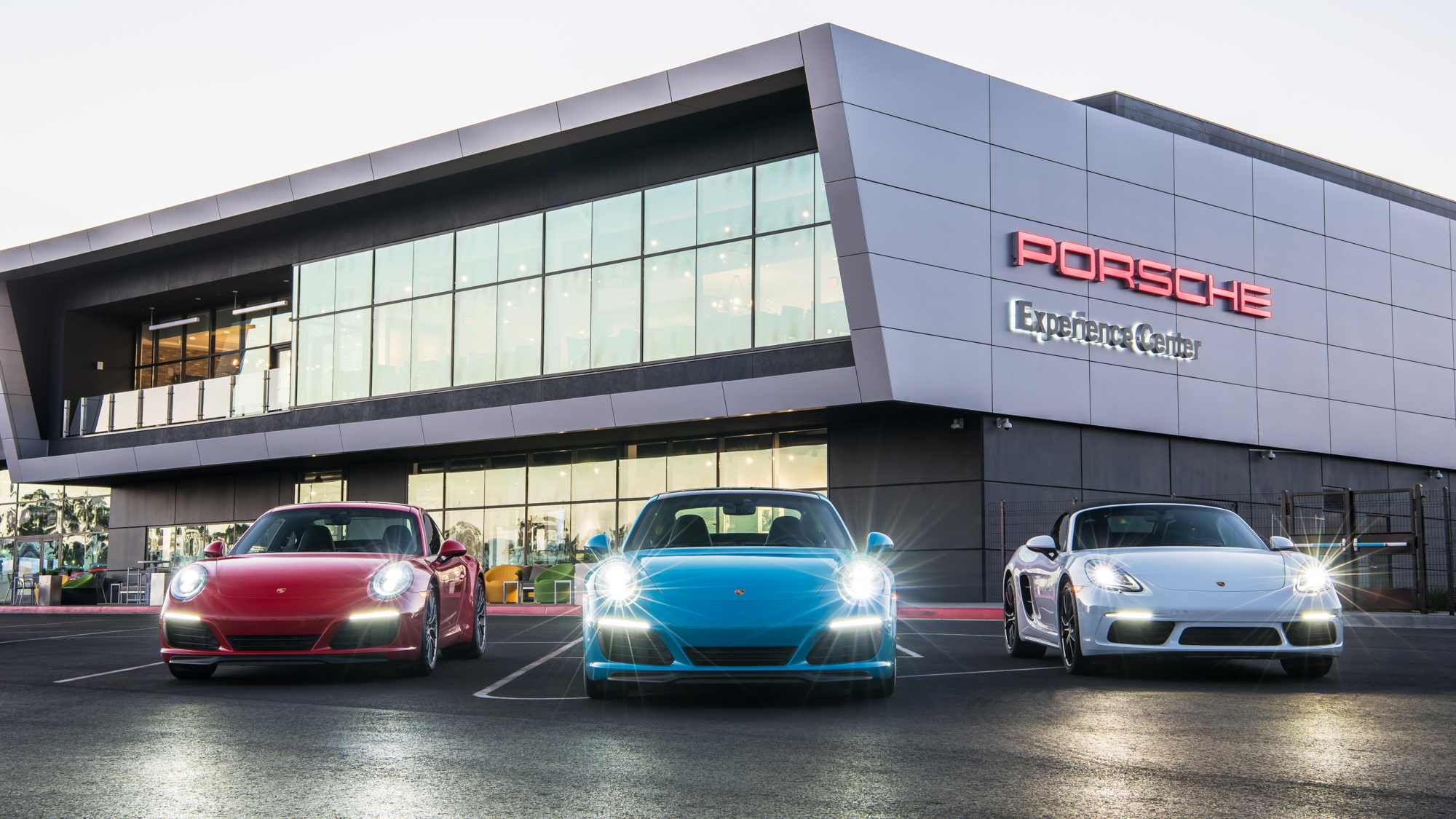 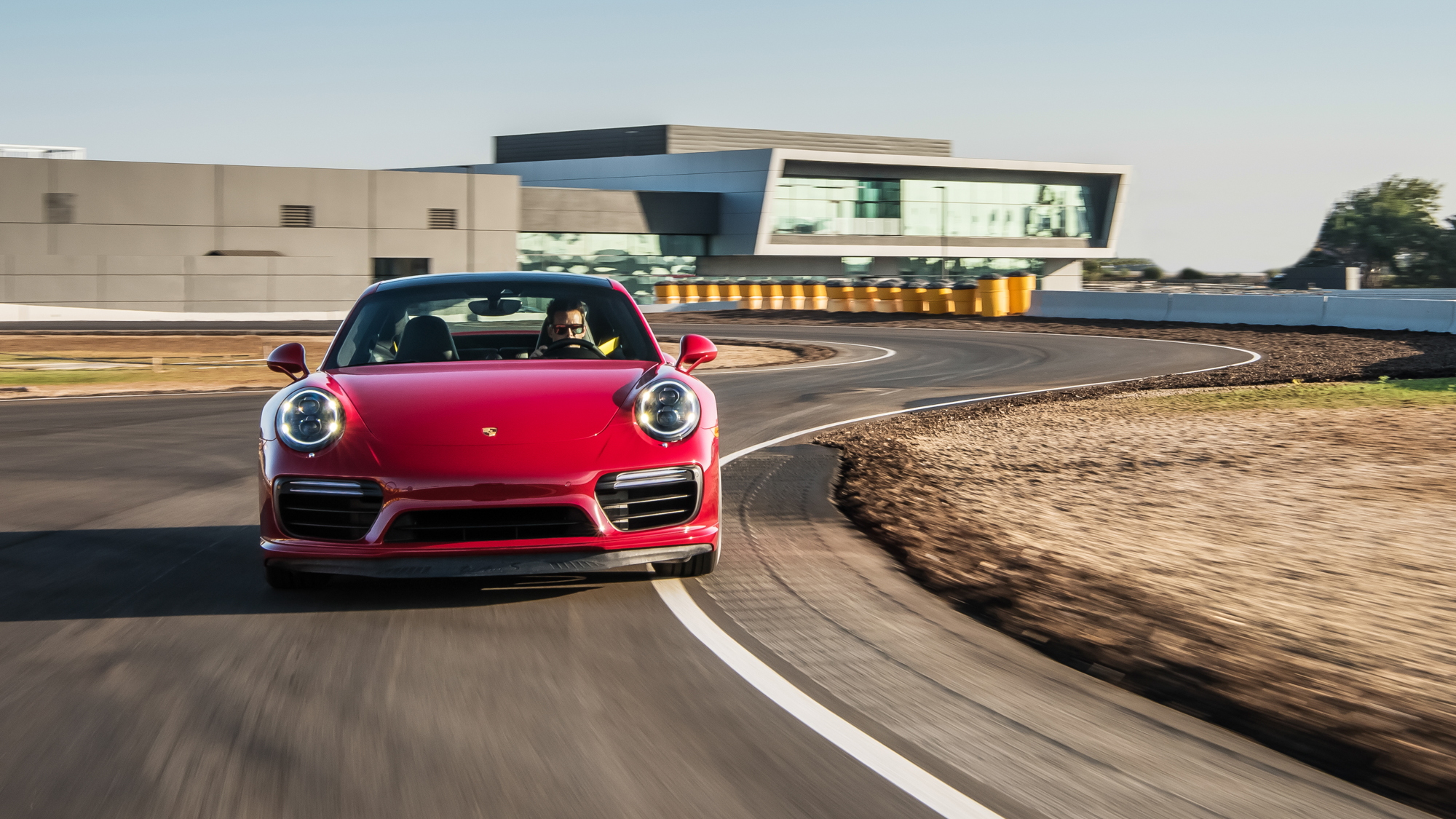 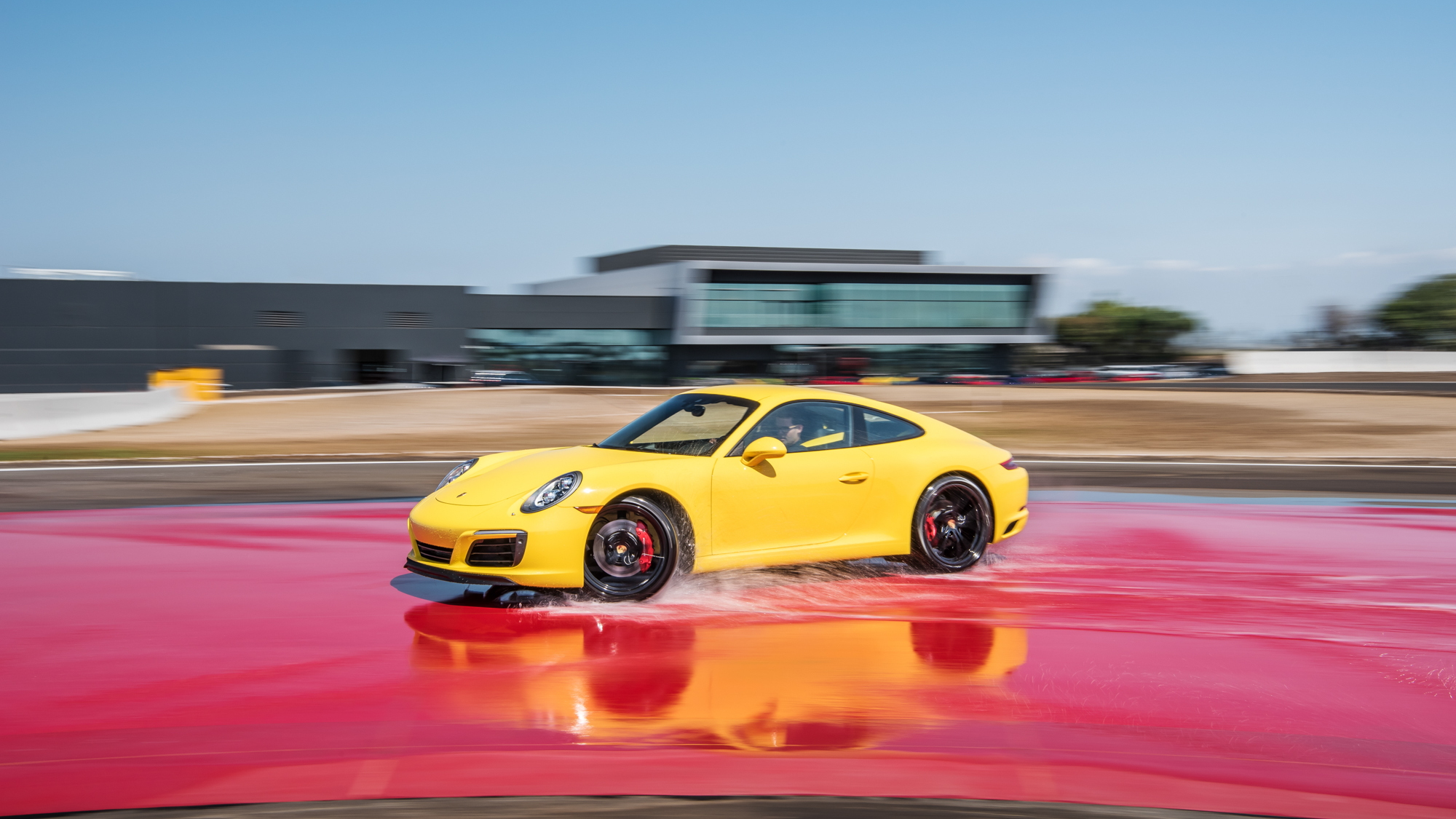 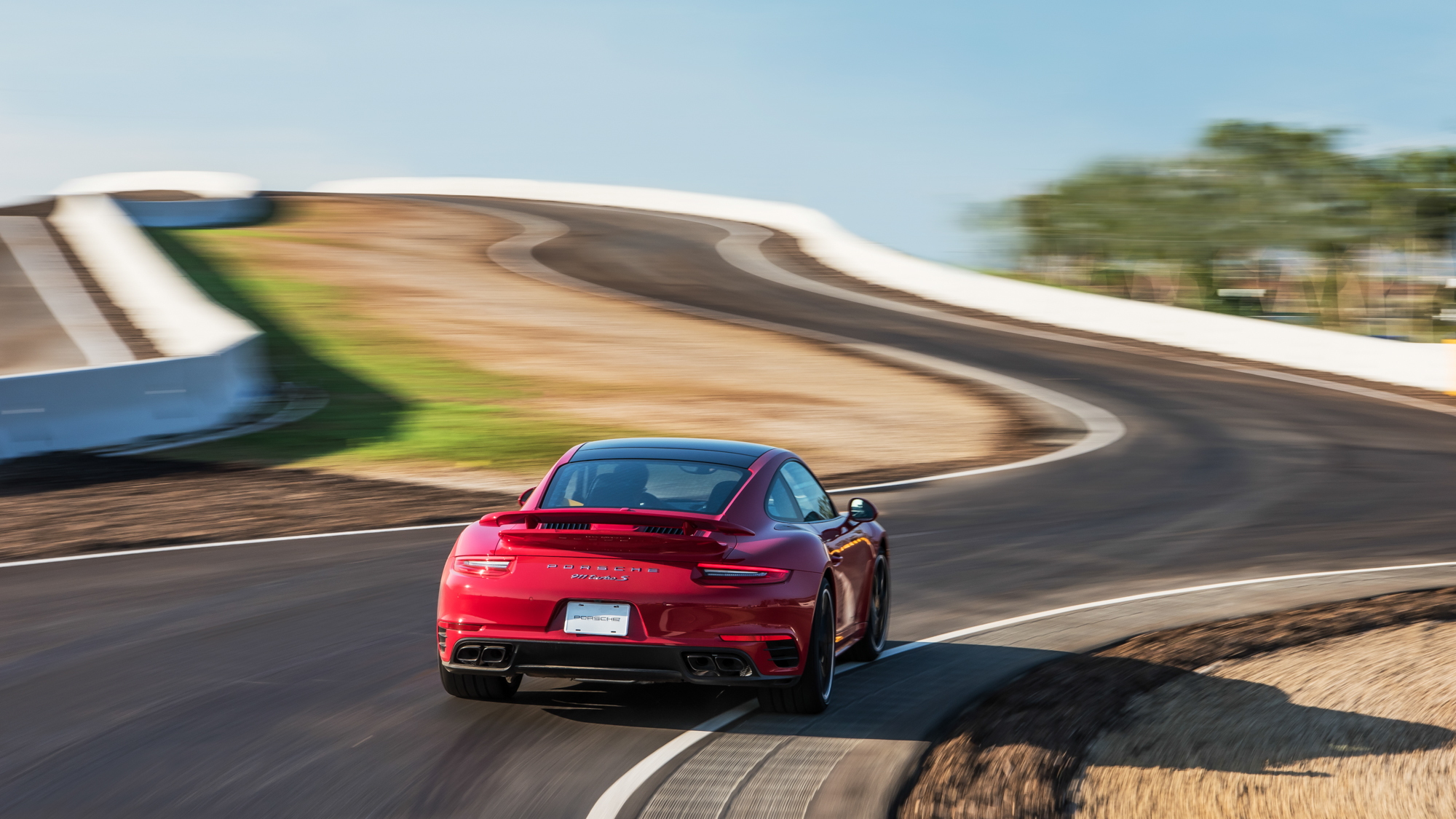 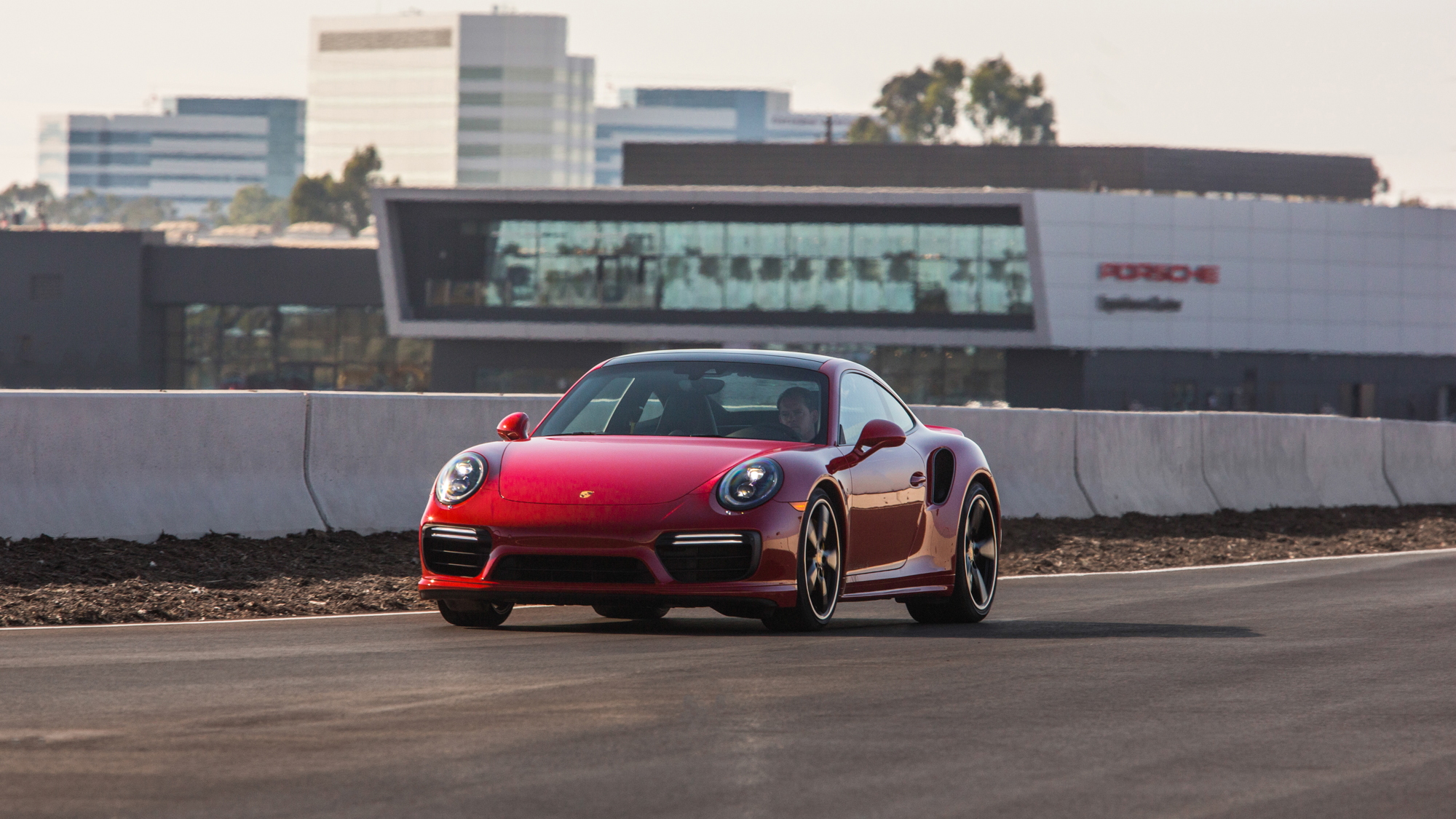 Porsche North America has you covered on both coasts.

After opening an Experience Center in Atlanta, the automaker has just opened the doors on a new center in Los Angeles. Well, just south of L.A. actually, in the town of Carson, which sits right next to the 405 Freeway near where Goodyear lands and stores its West Coast blimp. After many years of construction and $60 million invested, Porsche now has a new home in California.

This Experience Center is a 53-acre facility that features 4.1 miles of driver development and educational circuits. There's a race car museum that will be updated with new exhibits, and there's also a fine-dining restaurant so you can munch on expensive eats after trying to force your instructor to lose his or her lunch out on the track.

So how will Porsche help you shake out its rides? The PEC LA facility features a handling circuit that is designed to mimic a challenging country road. There is a section called The Kick Plate, which features a hydraulic plate on the ground that initiates a loss of traction to induce sliding situations. A seven-percent slope serves as the section called Ice Hill, which also has computer-controlled water jets to make the surface technically challenging. A skidpad and low-friction handling section will let you get your drift on, while a long Acceleration Straight lets you hit some high speeds before entering a replica of the Nürburgring's Karussell. Finally, there's also an Off-Road Course because Porsche believes that some folks might actually get a Cayenne dirty.

Besides the driving adventures unfolding at PEC LA, this new facility also serves as home base for Porsche Motorsport North America. If you have a 911 GT3 Cup Car or Cayman GT4 Clubsport, this is where you'll get your new parts or have your car serviced and repaired. Behind a gleaming glass wall, visitors can also see the Porsche Motorsports team working on some of the historic members of the family or privately owned racing machines from successful teams.