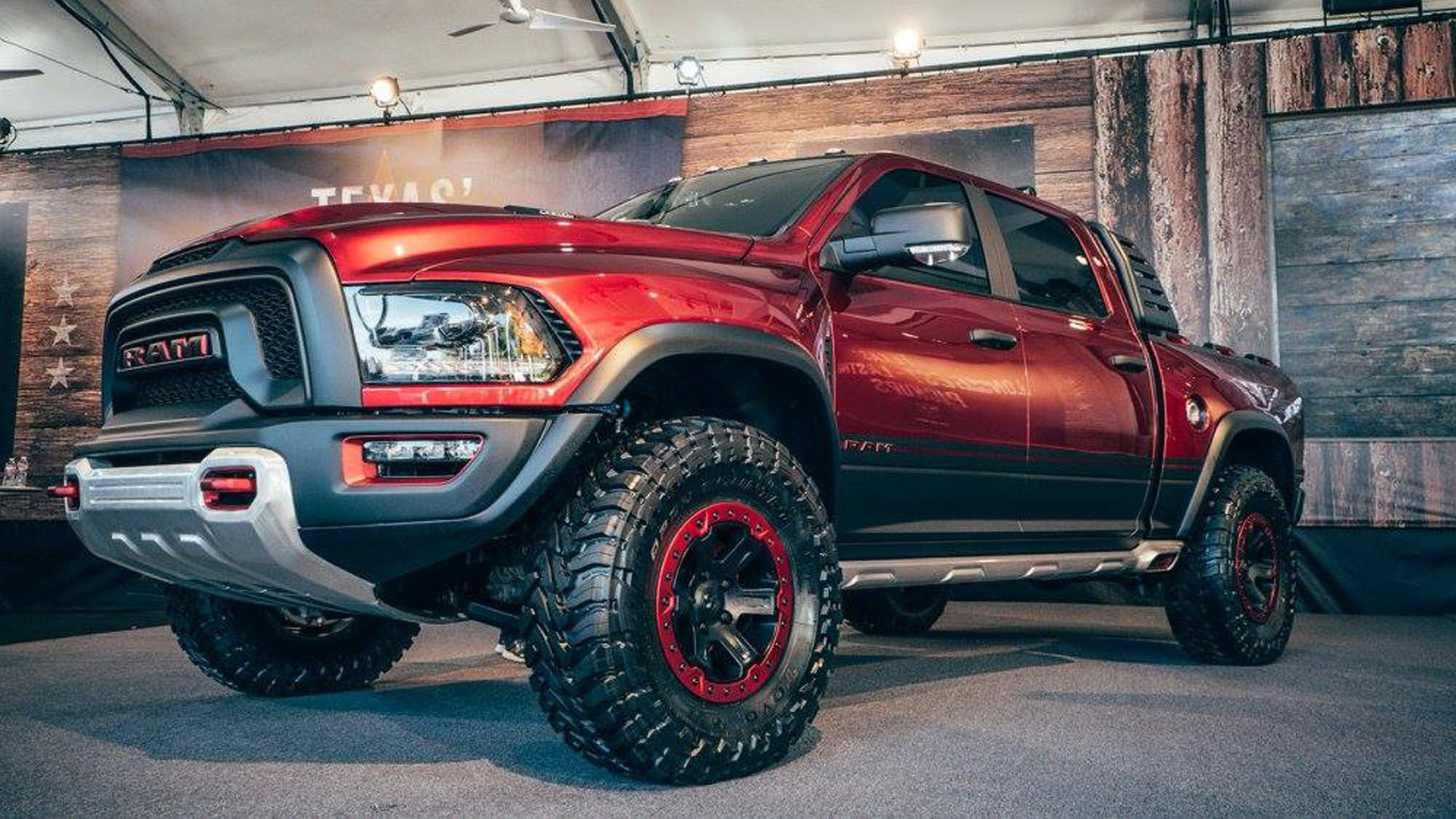 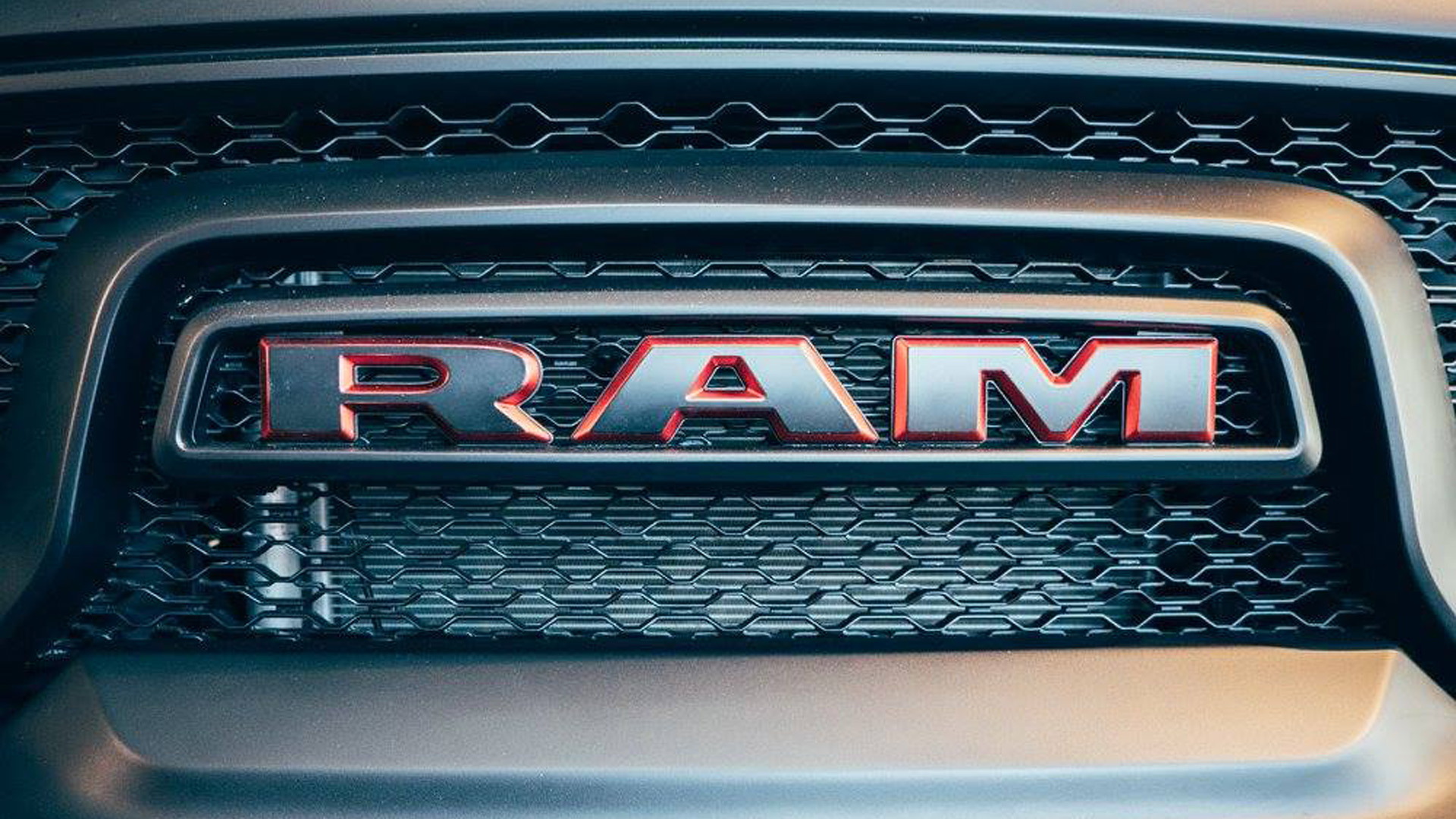 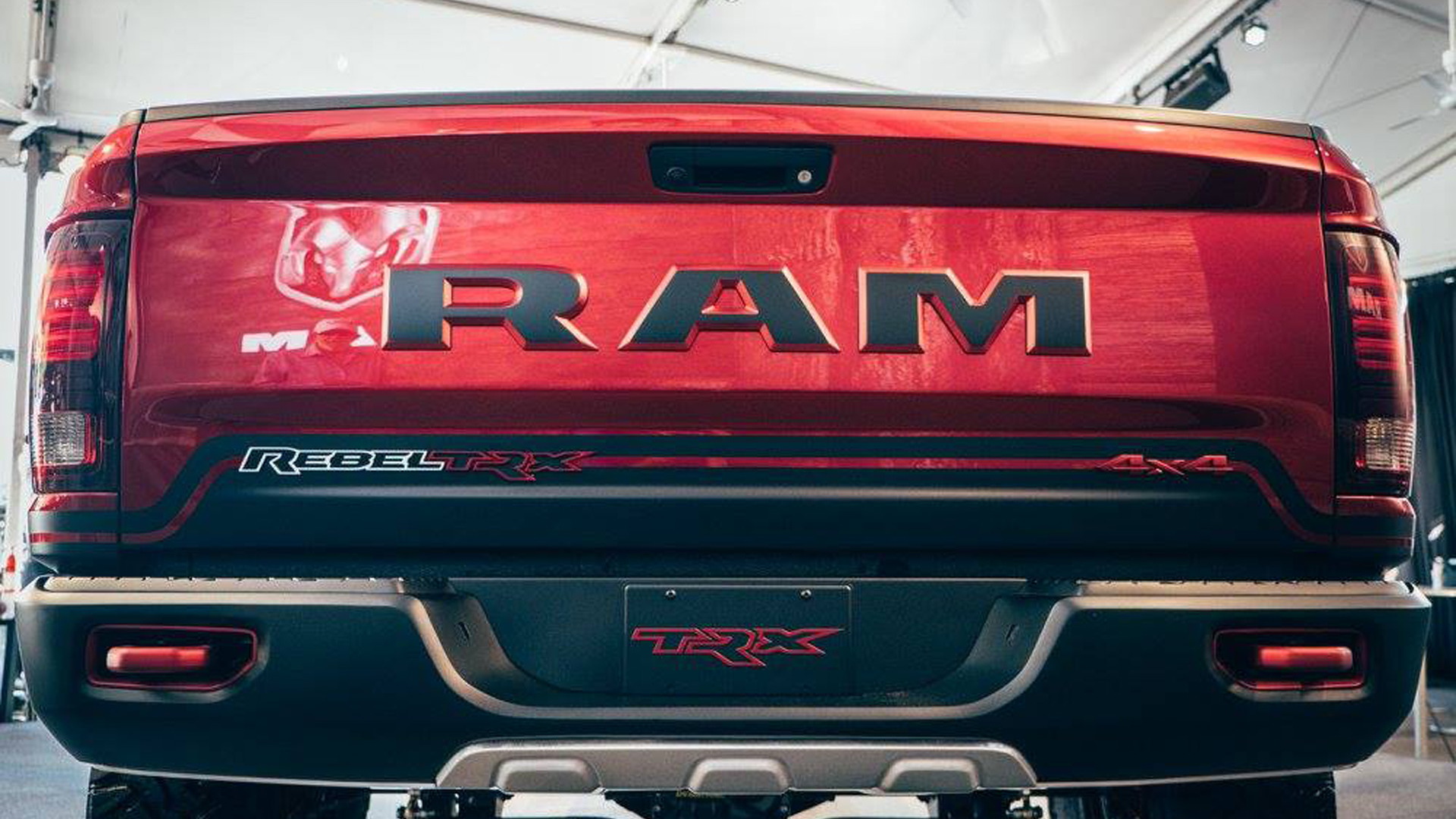 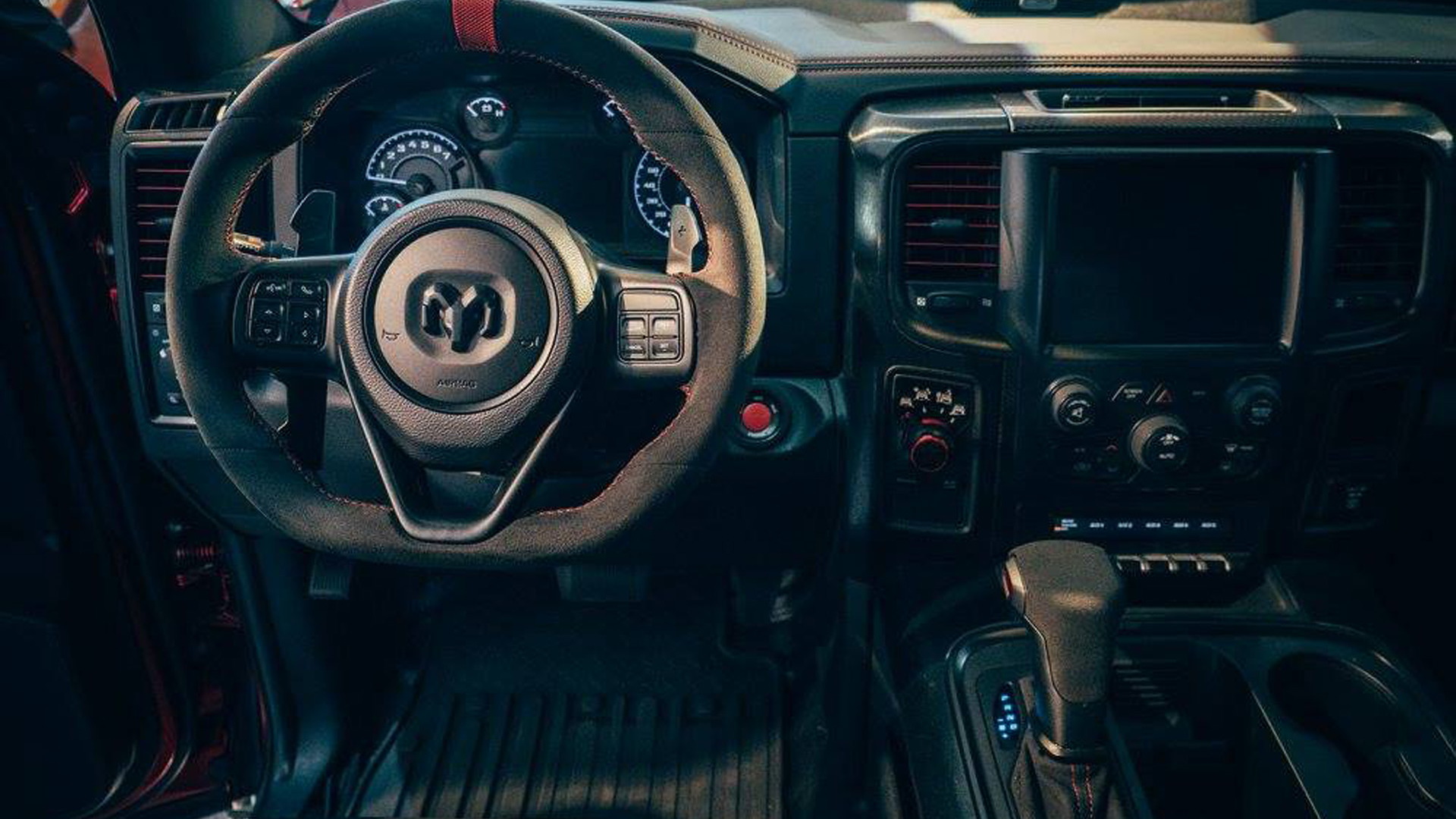 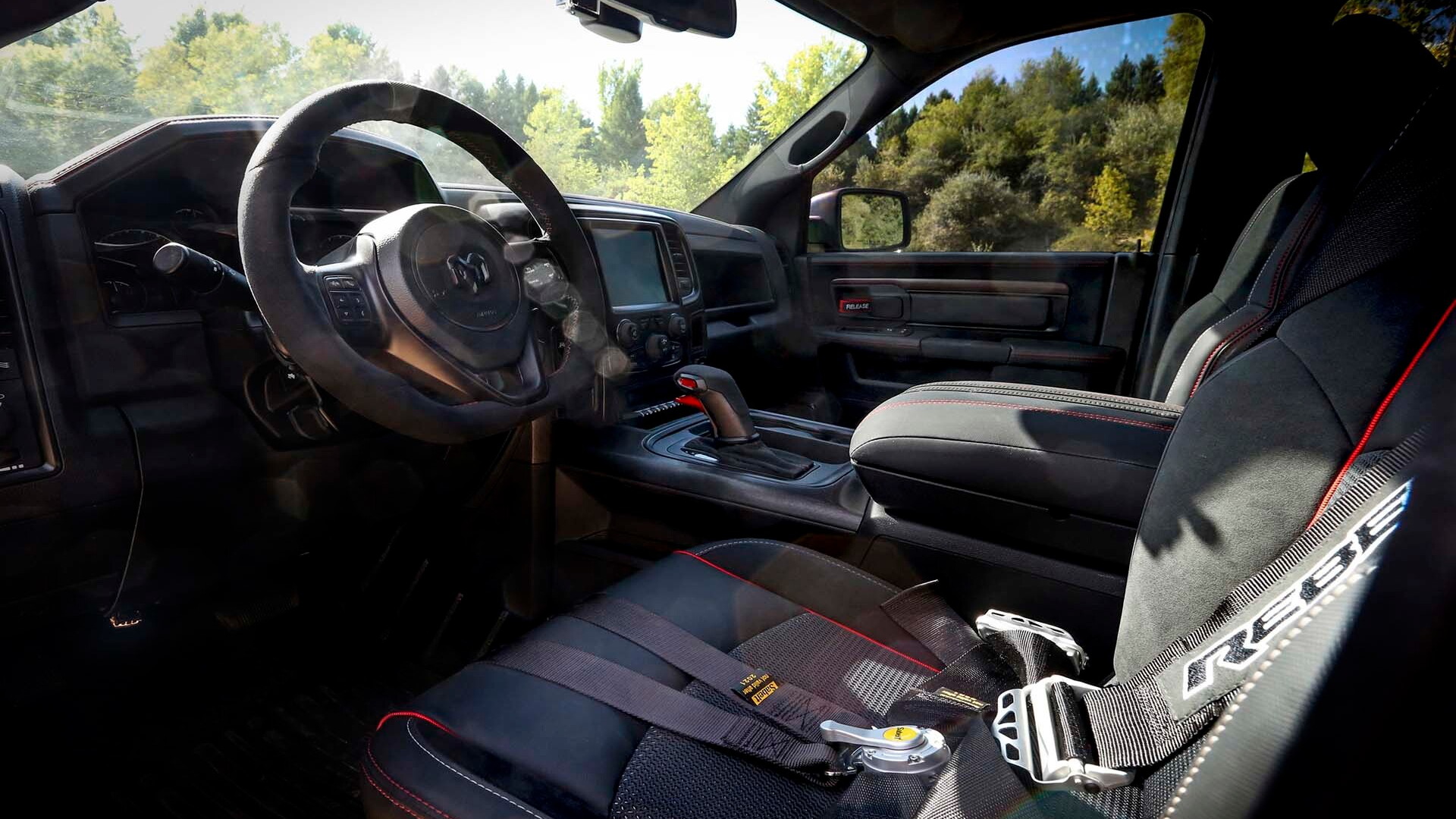 Ram’s mission statement for the Rebel TRX concept was simple: Build a high-horsepower off-roading truck with the ability to clear miles of desert in the blink of an eye.

That should make Ford Motor Company [NYSE:F] a little bit worried, because while the Blue Oval is heading down the downsizing route with its rival F-150 Raptor, equipping the 2017 model with a twin-turbocharged 3.5-liter V-6, Ram with the Rebel TRX is demonstrating it has no qualms dropping a V-8 in its own trucks.

And we’re not talking just any old V-8 here: Ram’s Rebel TRX is powered by that pretty orange lump known around the word as the Hellcat. It’s a supercharged 6.2-liter V-8 that delivers 707 horsepower in the Dodge Challenger and Charger SRT muscle cars. Here, the output has been tamed to a more manageable 575 horsepower, though that’s still enough to make this the most powerful Ram ever built, as well as 125 horses more powerful than Ford’s F-150 Raptor.

And the Rebel TRX is a fully engineered truck. Using the standard Ram Rebel as their base, the engineers also tweaked the vehicle’s 8-speed automatic for the engine’s high output and the expected high-speed off-road driving this output can deliver. A standard front axle with an open differential and custom CV half-shafts were installed to handle a wider track dimension, while at the rear a Dynatrac Pro 60 axle spools power through an electric locking differential. A custom transfer case was also installed, which features “Normal,” “Wet/Snow,” “Off-road” and “Baja” modes.

To ensure adequate ground clearance, a 40 percent increase in suspension travel and 37-inch tires were selected. The front suspension incorporates custom-built upper and lower A-arms as well as adjustable coil-overs with internal bypass. At the rear is a link coil suspension system that shares basic architecture with desert racing trucks. New 2.5-in bypass shocks use factory upper and lower shock mounts, while the standard rear coils are swapped for performance springs located in the factory-spec positions. Overall, front- and rear-wheel travel is increased to more than 13 in from the standard 9 in.

Other upgrades include massive Baer brakes with six-piston calipers biting 15-in discs up front and 14-in discs in the rear. These reside within Mopar beadlock wheels wrapped in 37x13.5-in tires.

Sadly, Ram hasn’t confirmed the Rebel TRX for production just yet. The company states that the concept, which made its debut on Thursday at the 2016 State Fair of Texas, is an “engineering, design and consumer-interest study.”

Hopefully if there’s enough interest Ram will put it into production. It will be a great way to send out the current 1500 before the next-generation model arrives around early 2018. If not, there are other ways to get a Hellcat into the engine bay of the 1500.