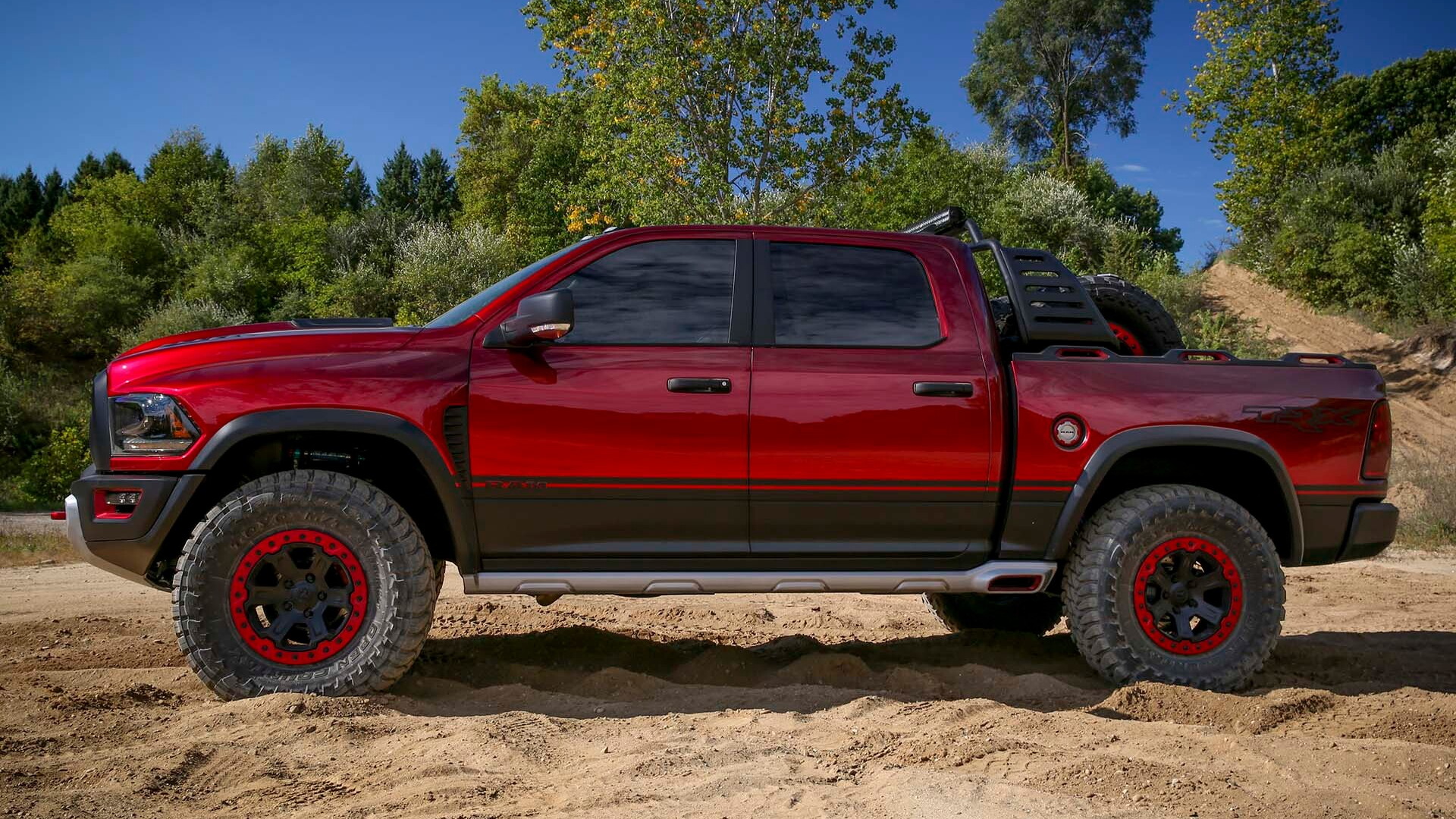 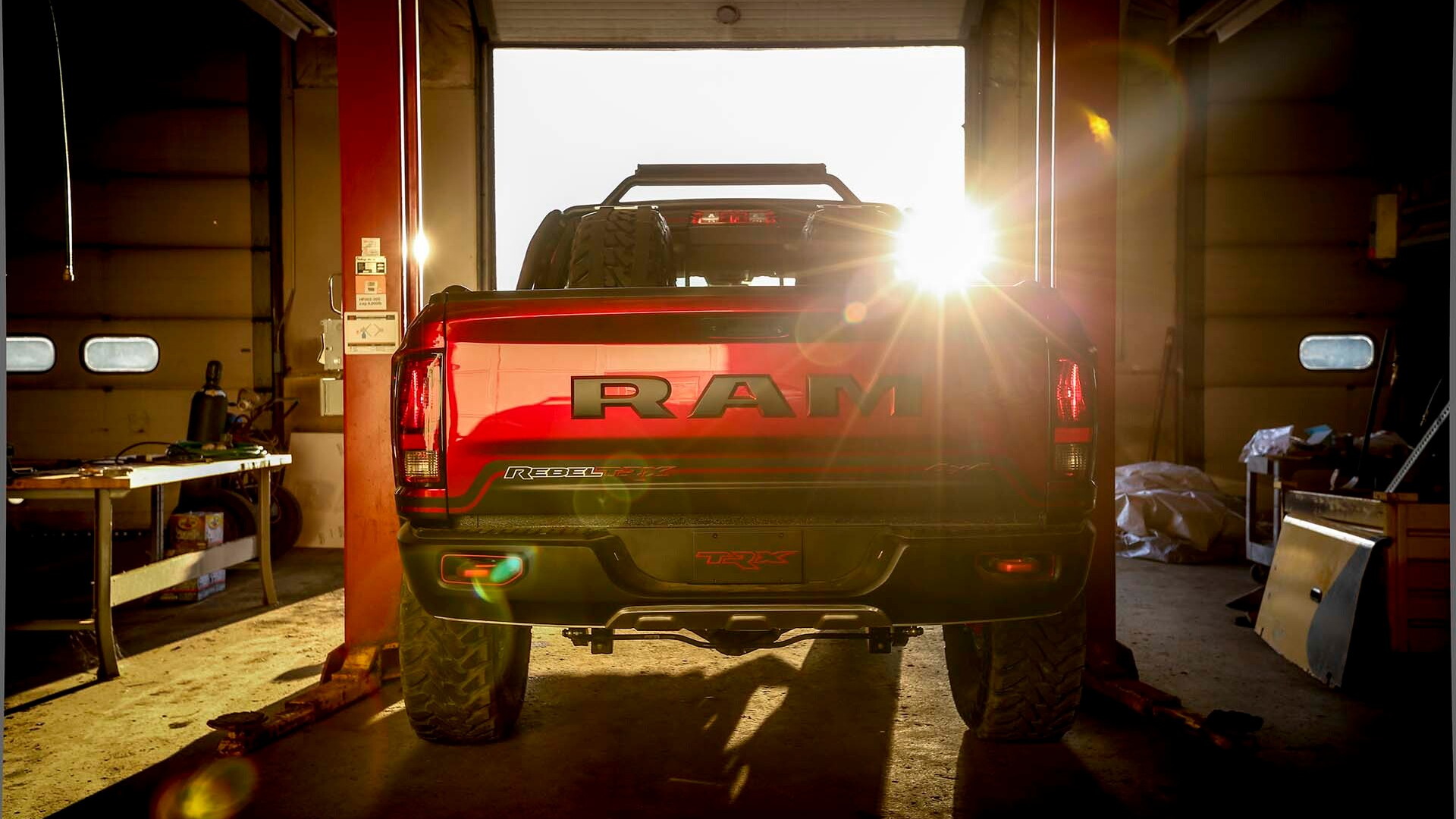 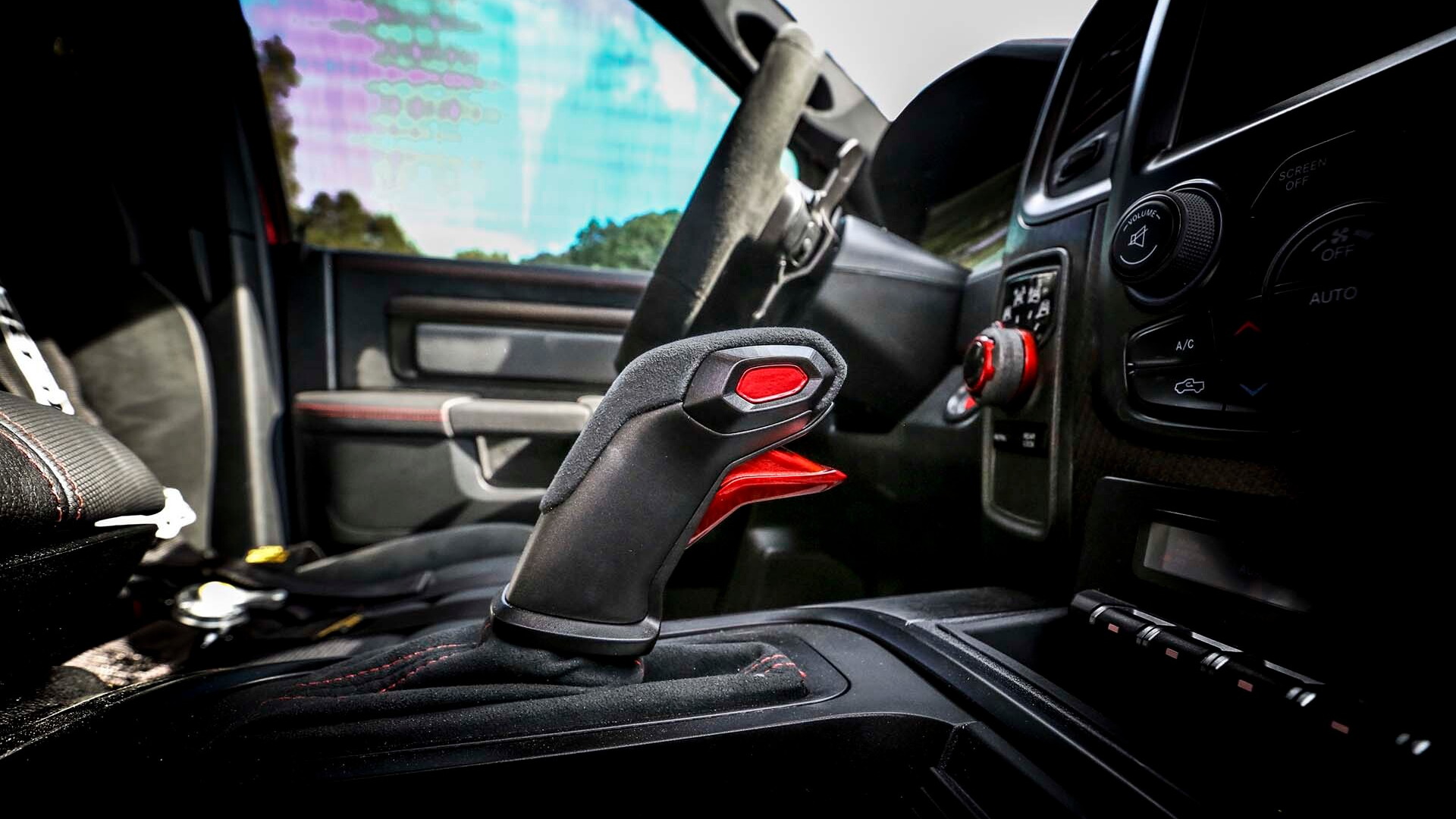 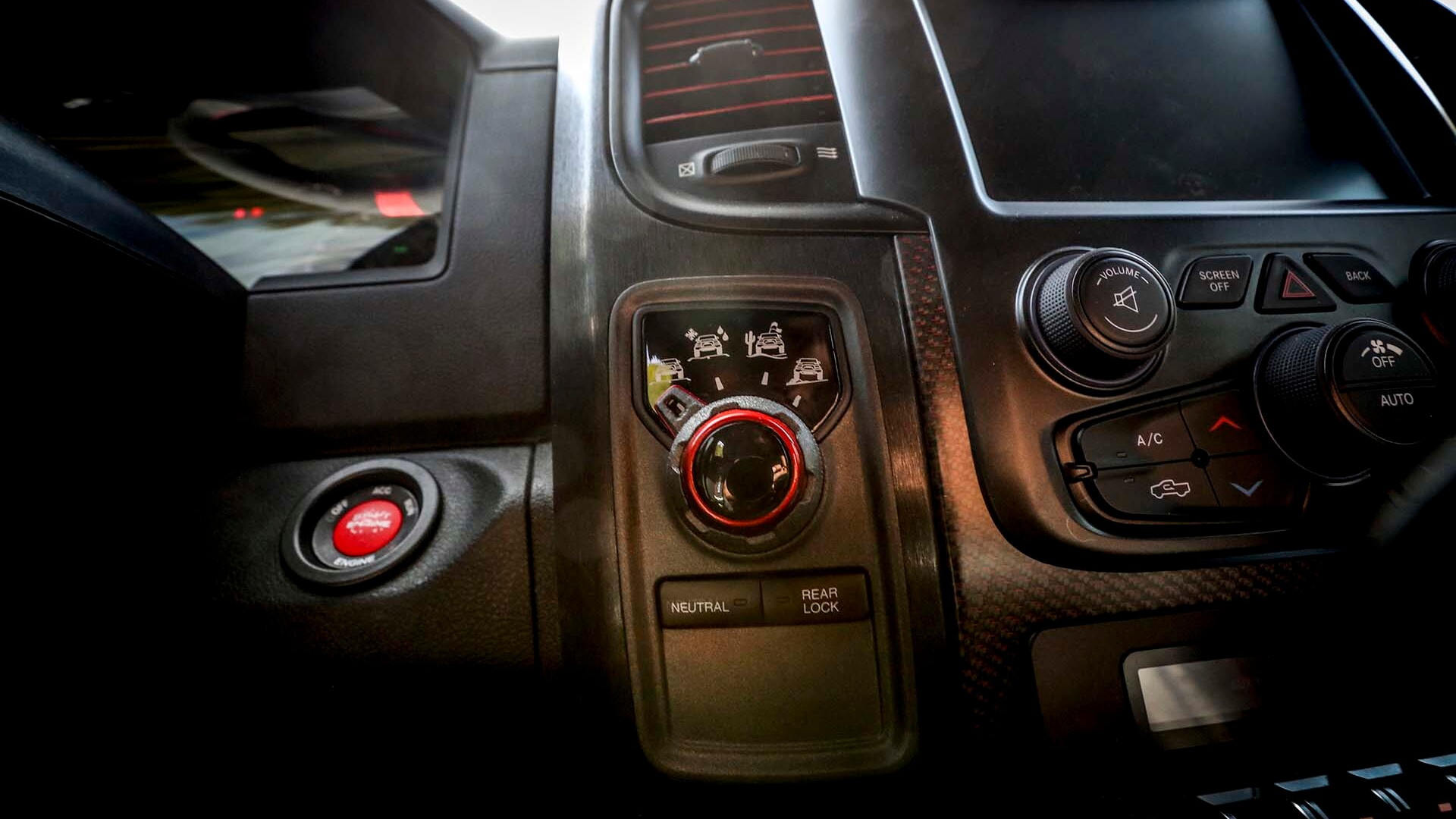 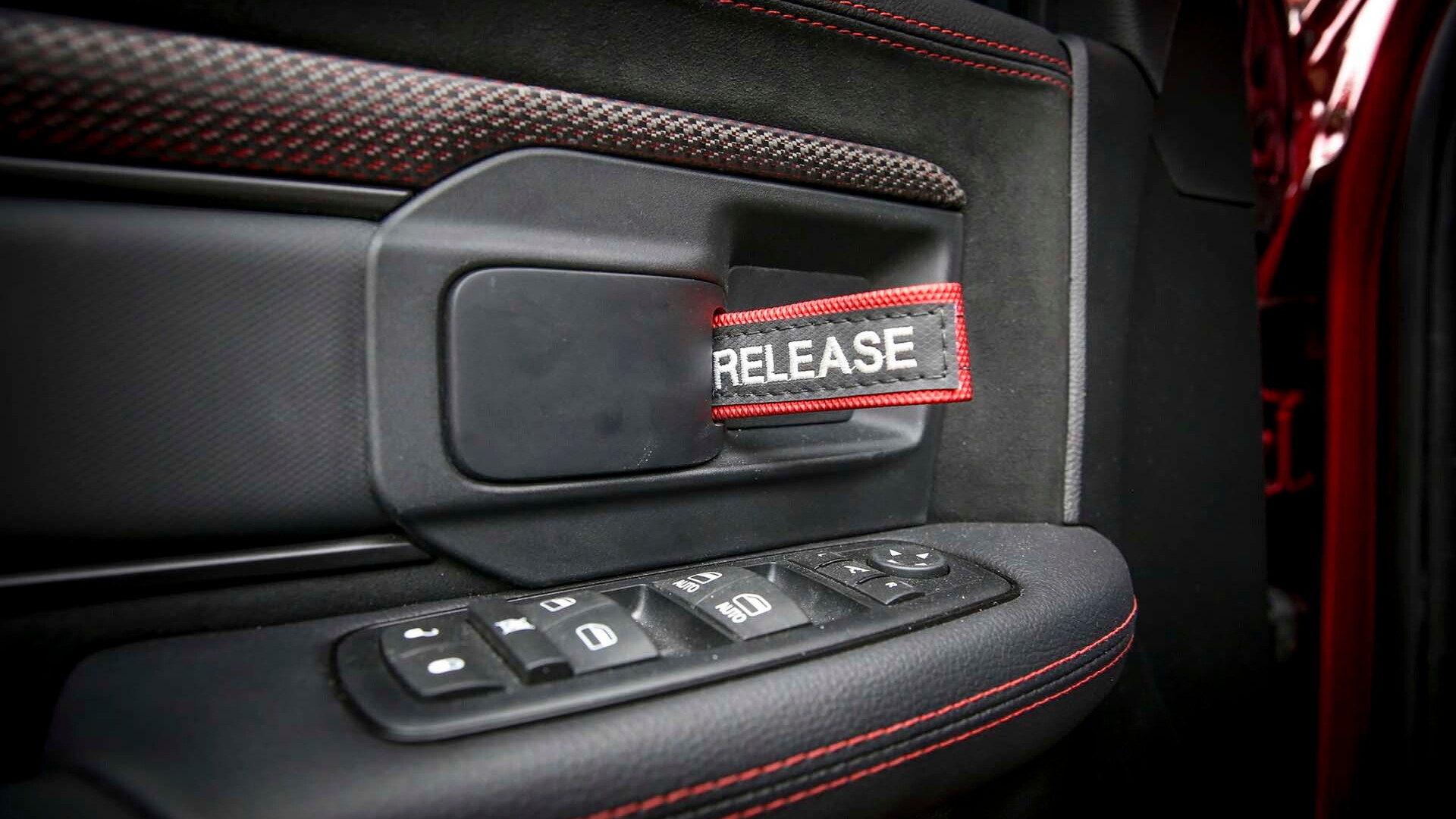 This may be as close as we'll get to a factory Hellcat Ram 1500, and goodness, is it loud. (Click the video to hear it scream.)

READ: We now know what the Hellcat-powered Jeep Grand Cherokee looks like

Head of Ram in the U.S. Jim Morrison told us that it's a concept—for now—and that Ram would consider a future production version. Considering the Ram is entering the last couple years of its life cycle, we wouldn't be wholly shocked to see something actually hit the streets, but for now, it's only a "design study."

(Eds note: The "concept" is a fully engineered example that can run, so yeah right.)

The monster engine is mated to an 8-speed automatic like the other Hellcats, and uses many off-the-shelf Ram parts to manage the massive tires and power. The front axle is the same as the Ram 1500's front, and the rear suspension is the same link coil setup as the street truck—even down to the same hard points on the frame.

Of course, not everything is the same, including massive six-piston front and rear stoppers to arrest all that motion.

For now, Morrison says it goes 100 mph anywhere, and judging by the chunky 37-inch tires, 13 in of wheel travel, bypass shocks, and beefed up suspension, we're totally buying it.

The Hellcat engine is pushed back further on the front shocks, engineers say, for better weight distribution and ass-hauling capability. What the truck.