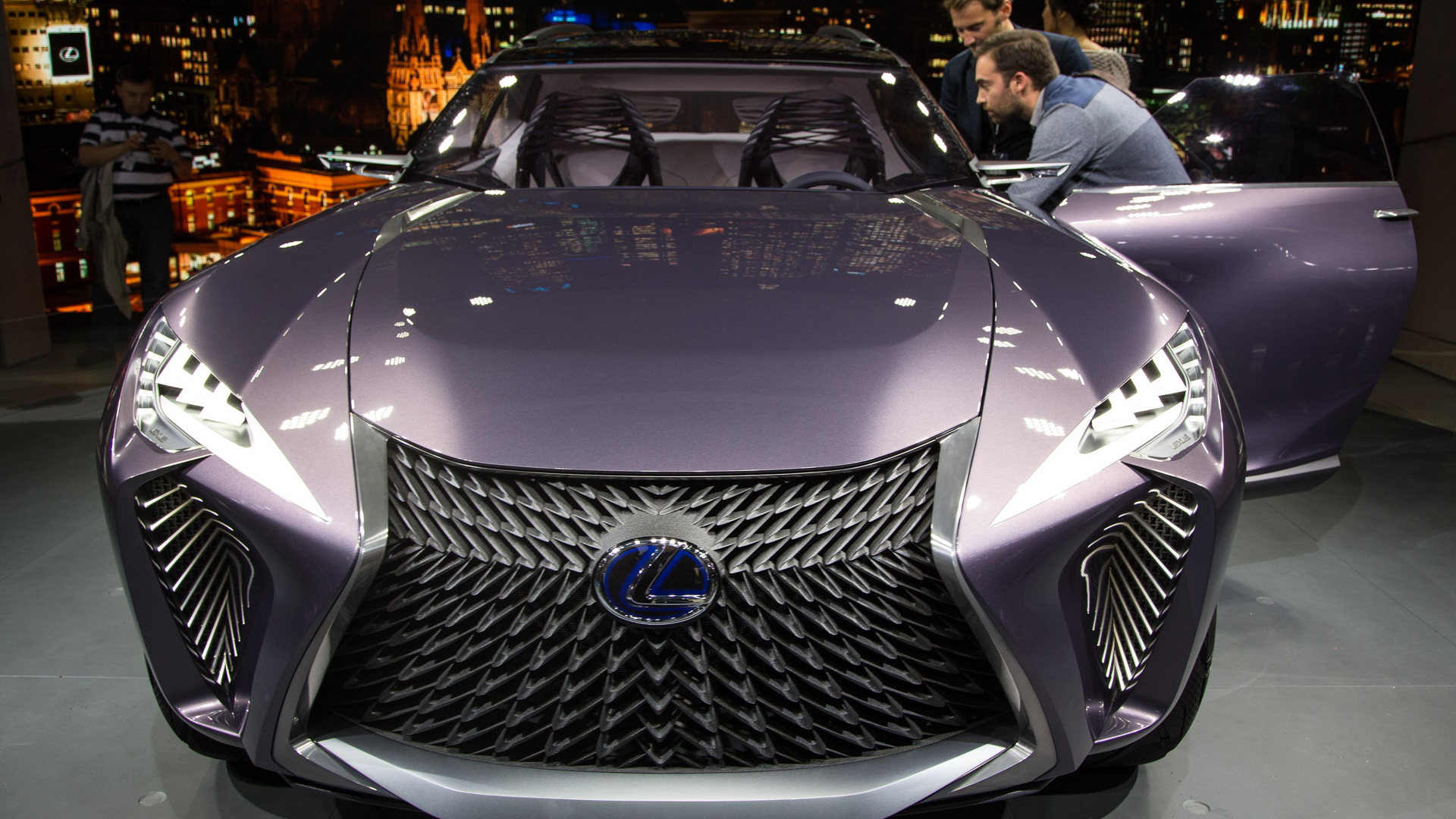 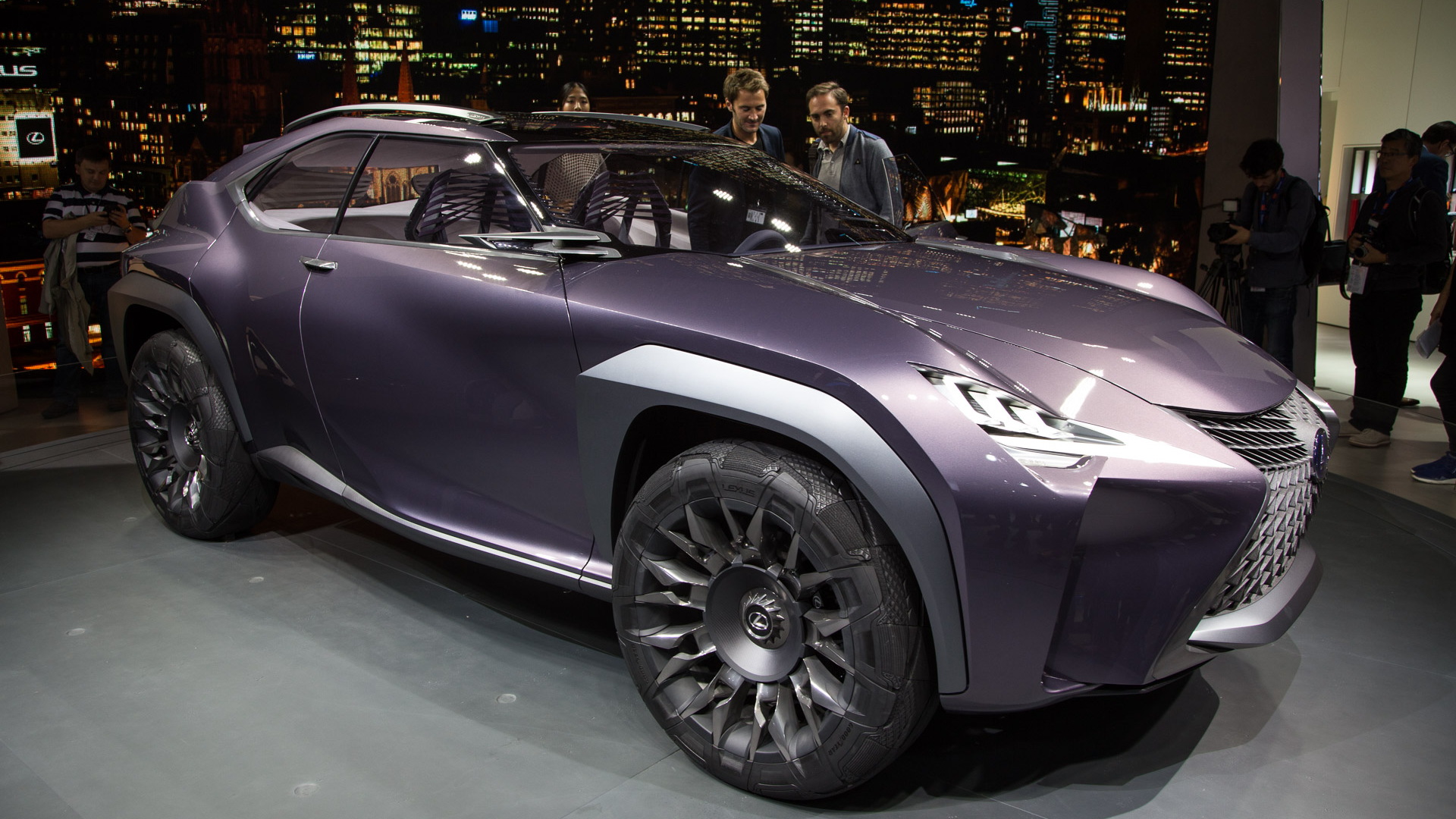 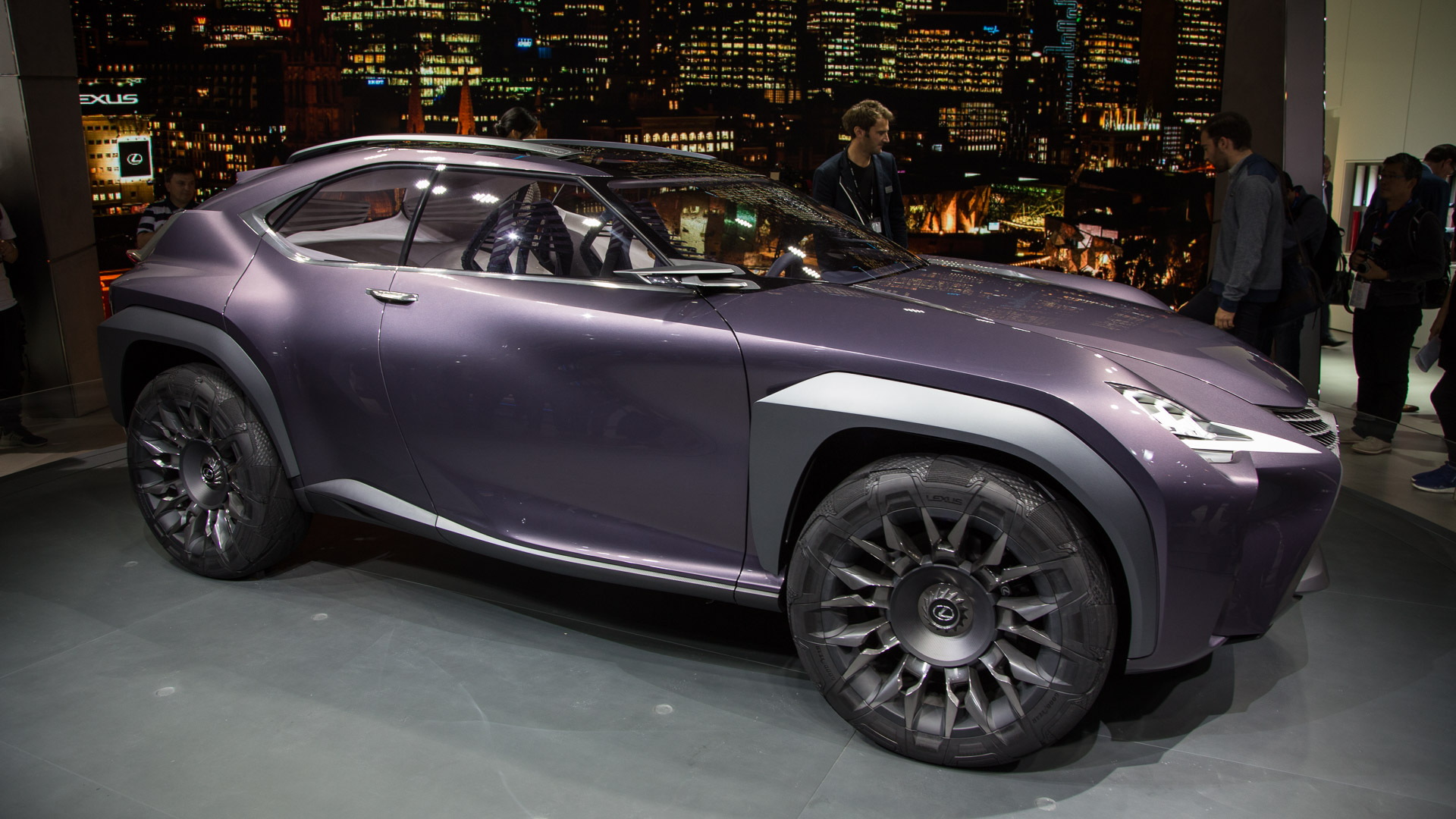 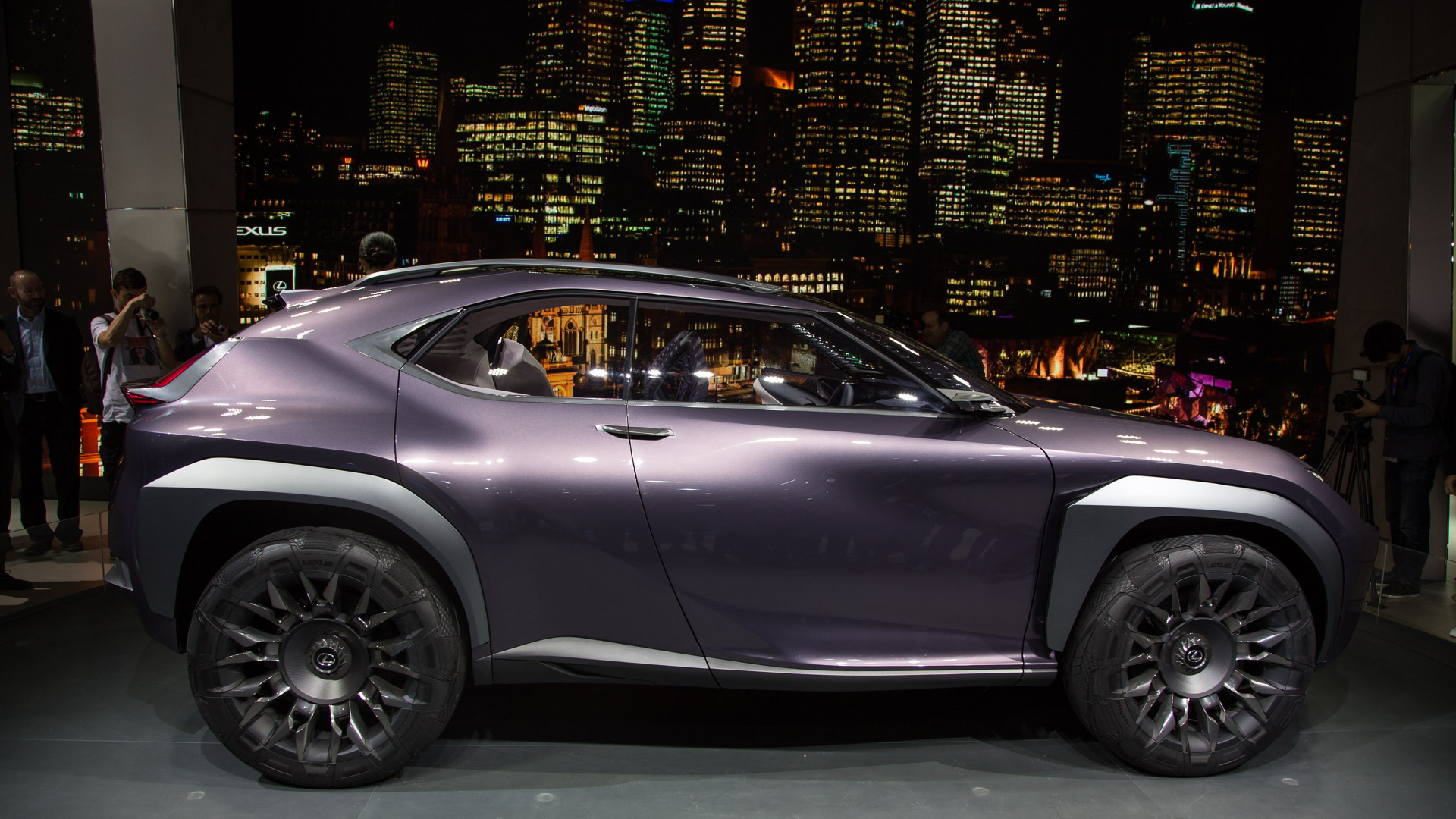 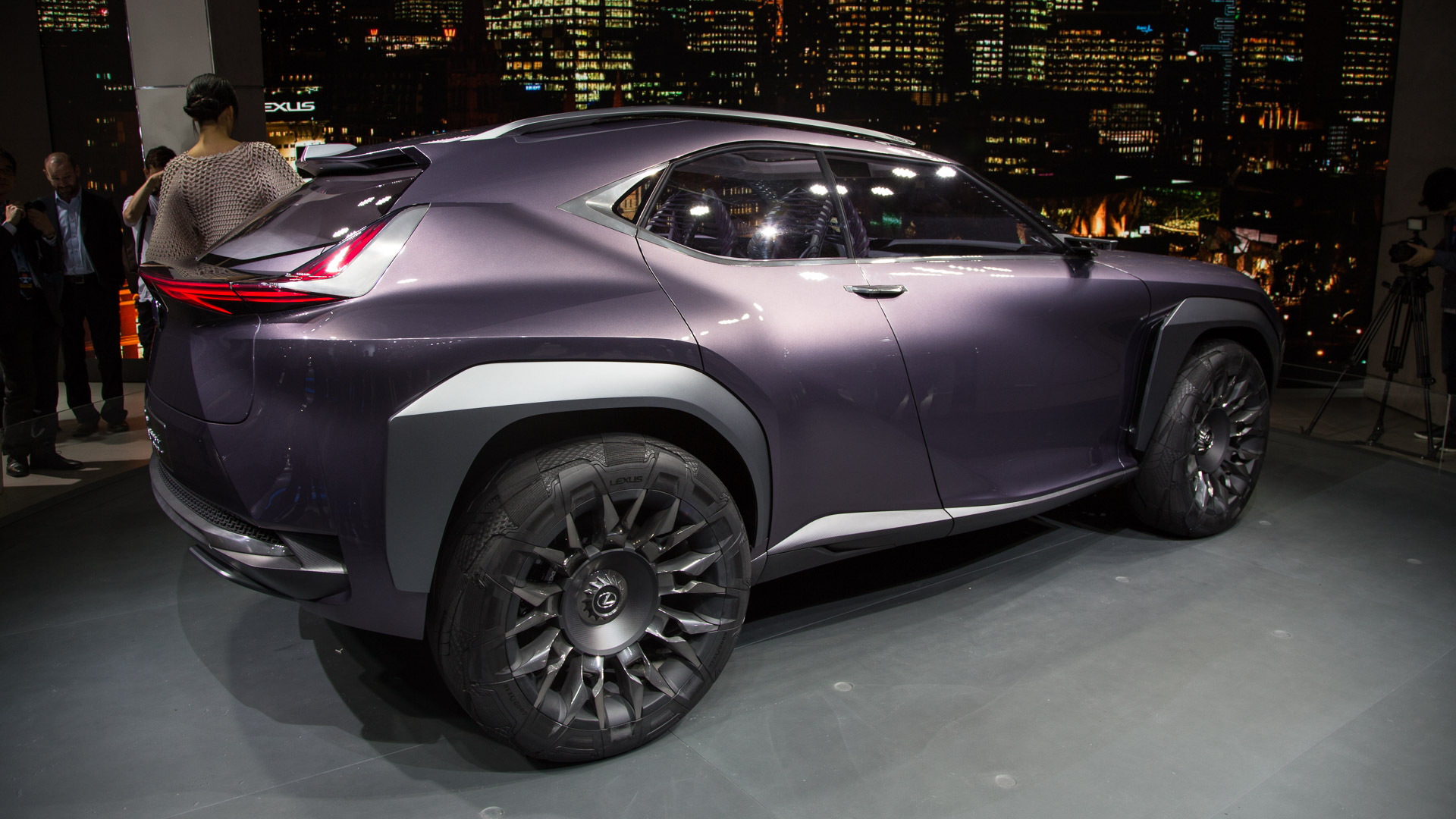 Lexus is using the 2016 Paris auto show to present a concept car that hints at a new SUV positioned below the automaker’s NX. The concept is called the UX and was shown for the first time on Thursday.

The UX hasn’t been confirmed for production but senior Lexus executives have said such a model makes sense, especially in markets where premium small cars are in hot demand. We also know Lexus has filed trademarks for the  “UX 250” and “UX 250h” names in Australia and Europe, suggesting a market launch can’t be far.

The UX concept was designed by a Lexus studio located in France. The bold lines are meant to symbolize some of the advanced technologies featured in the concept, and possibly destined for future Lexus products. And while the UX may look like an SUV, its low ground clearance relegates the vehicle to on-road use only.

One unusual feature of the exterior is the "see-through" A-pillar, which is made from polycarbonate fins attached to an aluminum spine and is there to aid visibility. The side mirrors have also been replaced with cameras, helping to improve aerodynamics.

Inside is where the most interesting technology lies. Here you’ll find what Lexus calls the Kinetic Seat. The supports are designed to move, shifting with the weight of the occupant, for example when the car accelerates or decelerates. This kinetic interaction with the seat means the occupant will enjoy greater comfort during motion, as his or her head and spine remain stable.

Another innovation are the display systems, which incorporate hologram technology. The driver's instrument cluster houses a transparent globe, floating in the manner of a hologram, in which a combination of analog and digital information is presented. And the center console houses a crystal-like structure within which another hologram display serves as the main infotainment hub.

Sadly, there are no mechanical specs to speak of. However, we can expect any production version of the UX concept to be twinned with the 2018 Toyota C-HR, which features a similar size and shape.