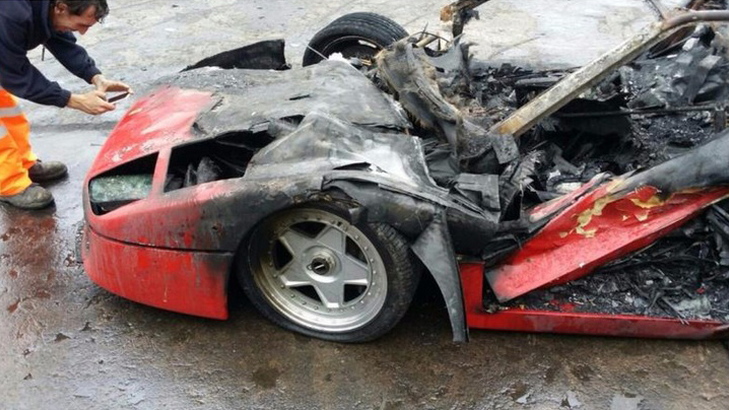 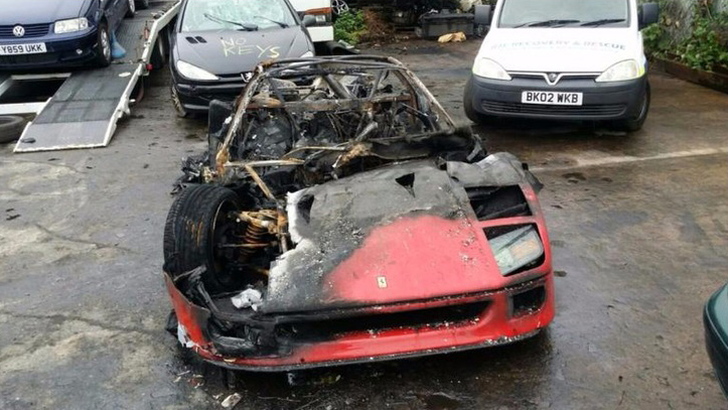 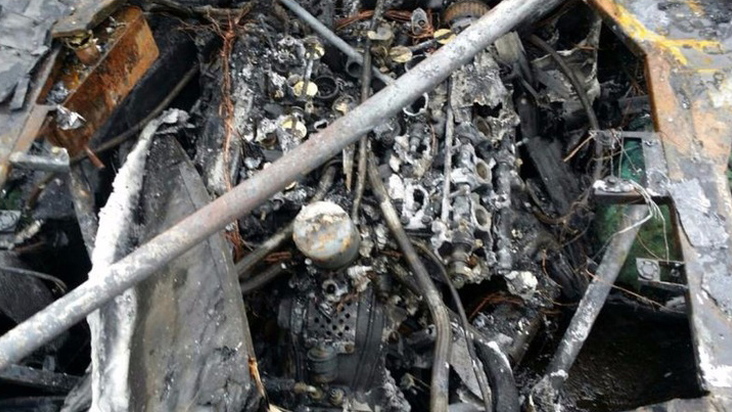 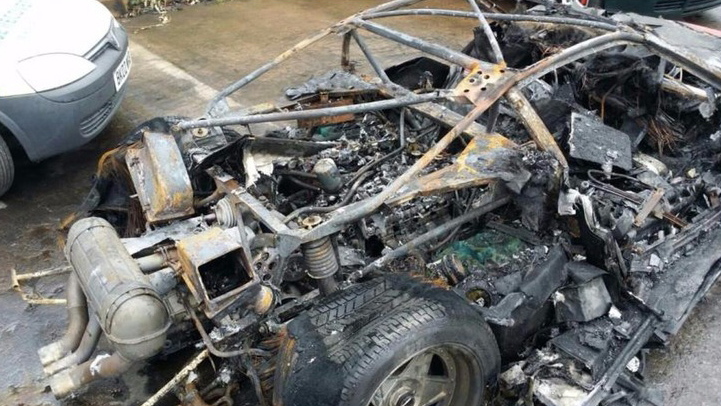 This particular Ferrari F40 is no longer quite as valuable. This car, according to Motor1, was being driven just after it received a full restoration when it decided to self immolate. These pictures were taken at a scrapyard in England, but we have no information on the owner or how the car caught fire.

According to Hagerty, the current average value for a Ferrari F40 is $1.4 million. I can't fathom what a full restoration would cost on such a machine, but I imagine it's both extensive and costly. This one was fresh out of the shop. In fact, word is that it was being driven on its maiden post-restoration voyage when it caught fire.

Judging by the photos, I'd have a hard time believing that there's any coming back from this one. Still, plenty of cars that seemed like toast were attacked by the right team and restored it to their former glory.

Only 1,311 F40s were built between 1987 and 1992, and we know that number doesn't hold up today as more than a few were lost along the way in the hands of the wrong drivers. It would be sad to add another to list of Ferrari F40s gone too soon, but that is very likely given the state of this car.