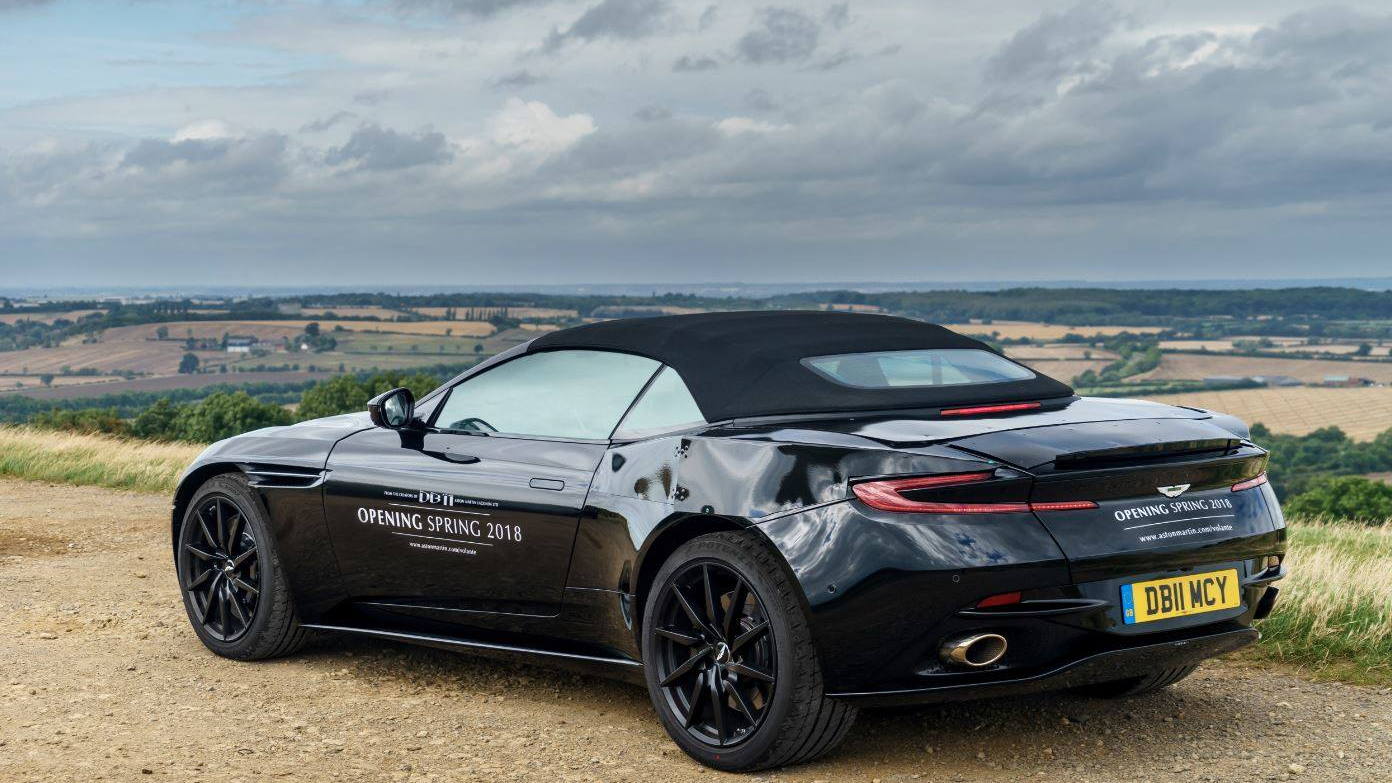 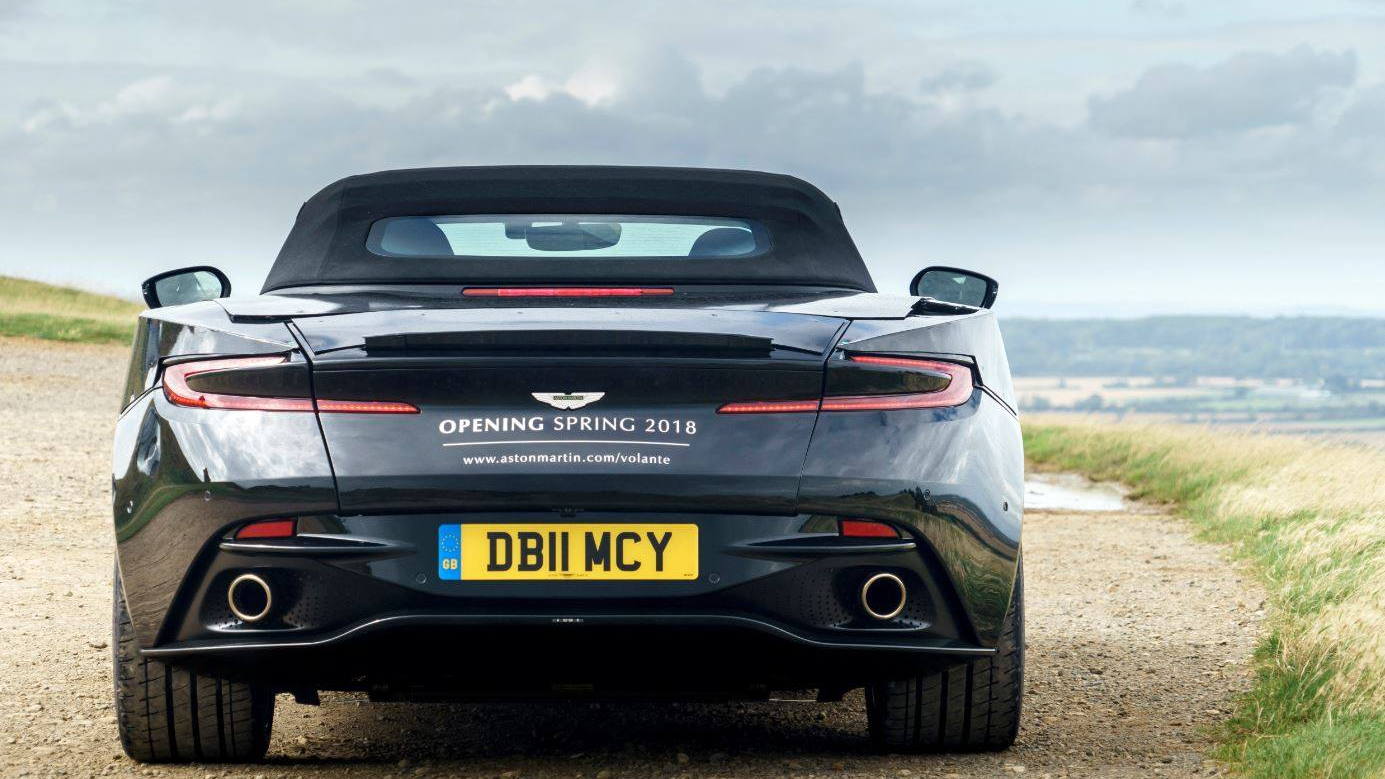 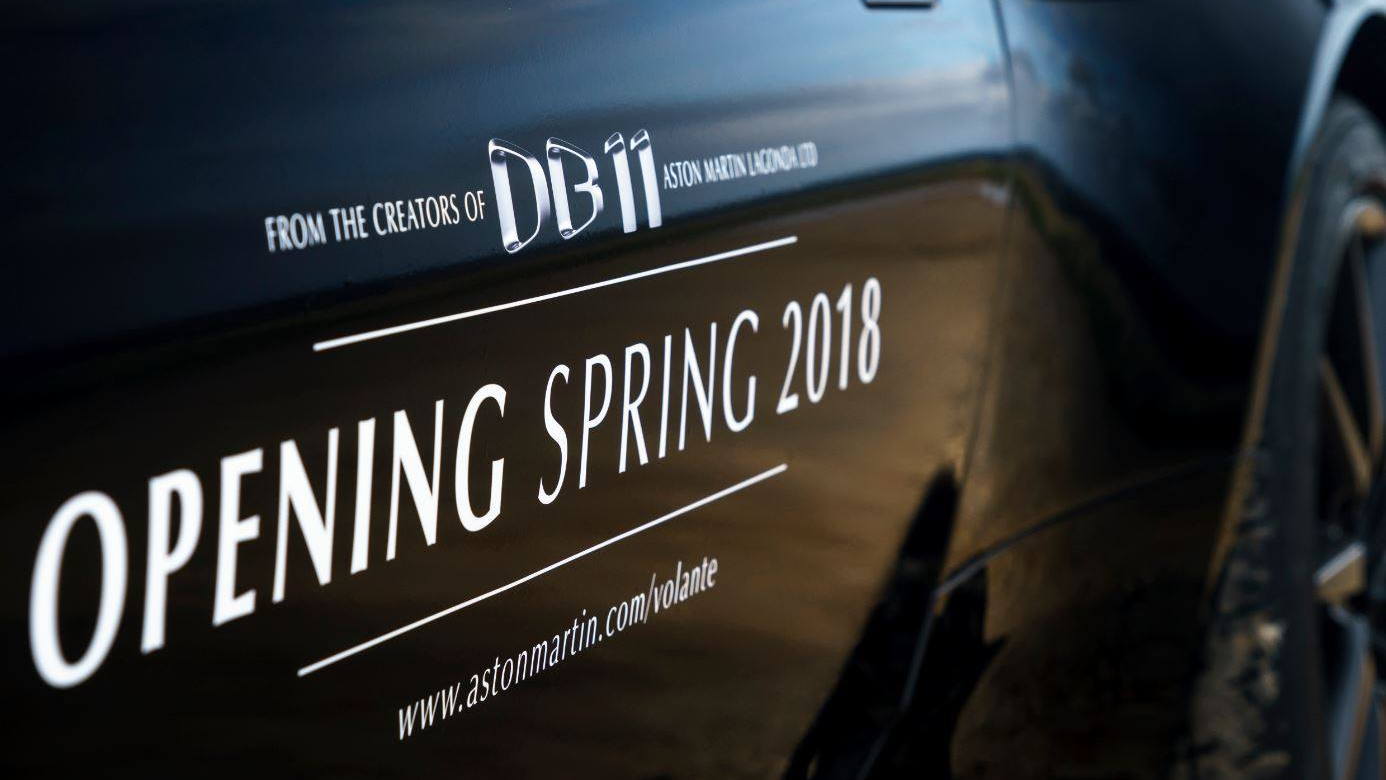 If you follow Aston Martin on Facebook, you may already know this, but the British luxury brand today teased photos of the convertible version of the new DB11 coupe. While the coupe is hitting dealers now, the droptop, known as Volante in Aston Martin speak, won't be available until 2018.

That's a little odd because the car pictured looks like it is almost ready right now. The photos show a couple of rear views and a close up side view of a black car with the the words "From the creators of DB11 Aston Martin Lagonda Limited, Opening Spring 2018, www.astonmartin.com/volante" either painted or Photoshopped on both the rear and the side of the car.

A rear three-quarter view gives the best look at the shape, but the reflection of the overcast sky in the rear quarter panel makes it look dented. That's just an optical illusion, though, and the car will carry over much of the beauty of the coupe, though with a soft top.

The view from the rear highlights a sharp crease at the top of the rear fenders that lacks some of the curve of the coupe. There is also a panel behind the top that may open up to stow the top. It appears that this panel isn't quite finished off and fully integrated into the design yet.

Aston Martin has shared no other information about the DB11 Volante. Like the coupe, it will probably get the new 600-horsepower twin-turbocharged 5.2-liter V-12, as well as a version of the Mercedes-AMG twin-turbocharged 4.0-liter V-8.

Those who want to stay informed on the topless DB11 and other Aston Martin models can got to astonmartin.com/volante to sign up for updates.