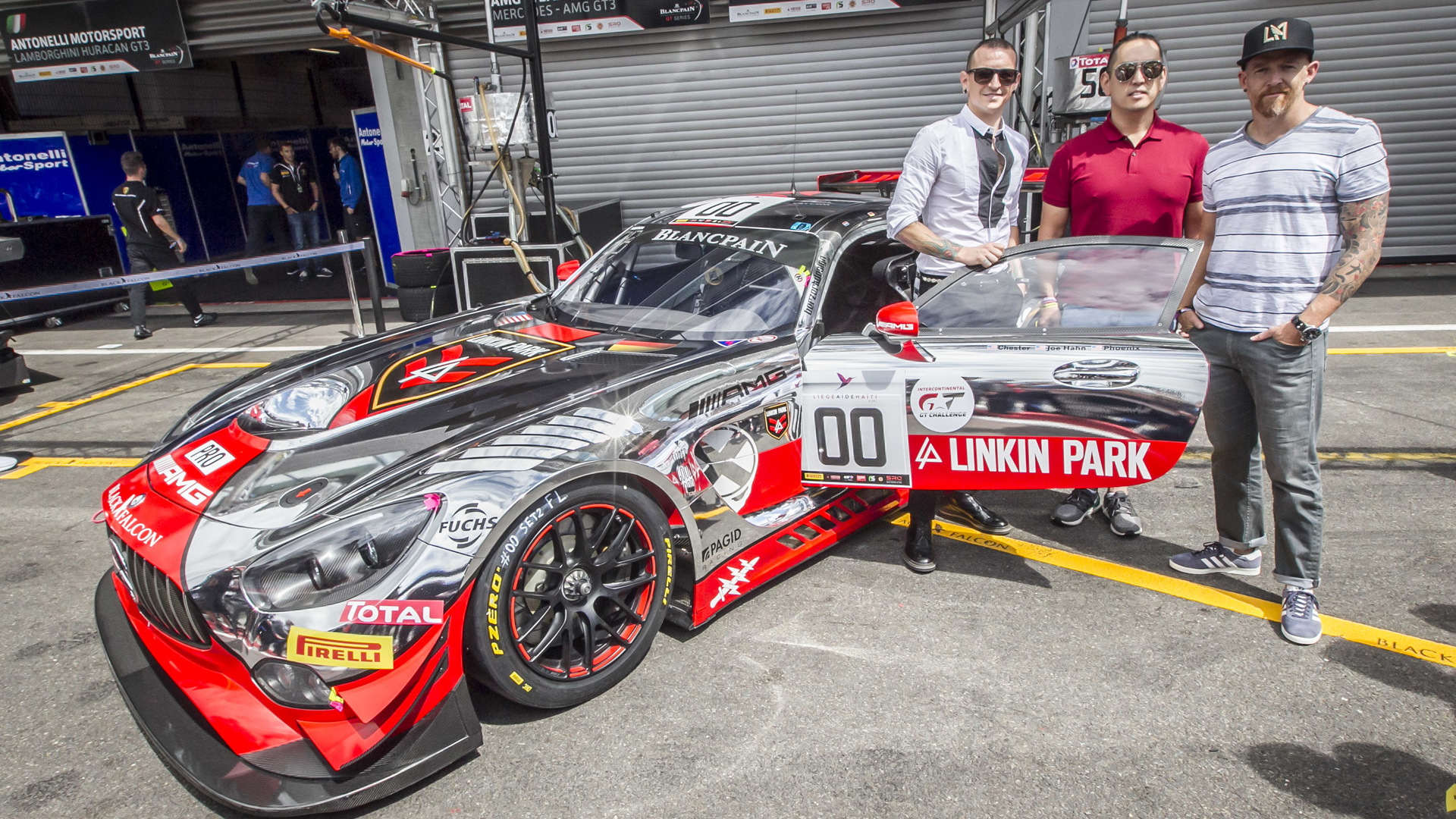 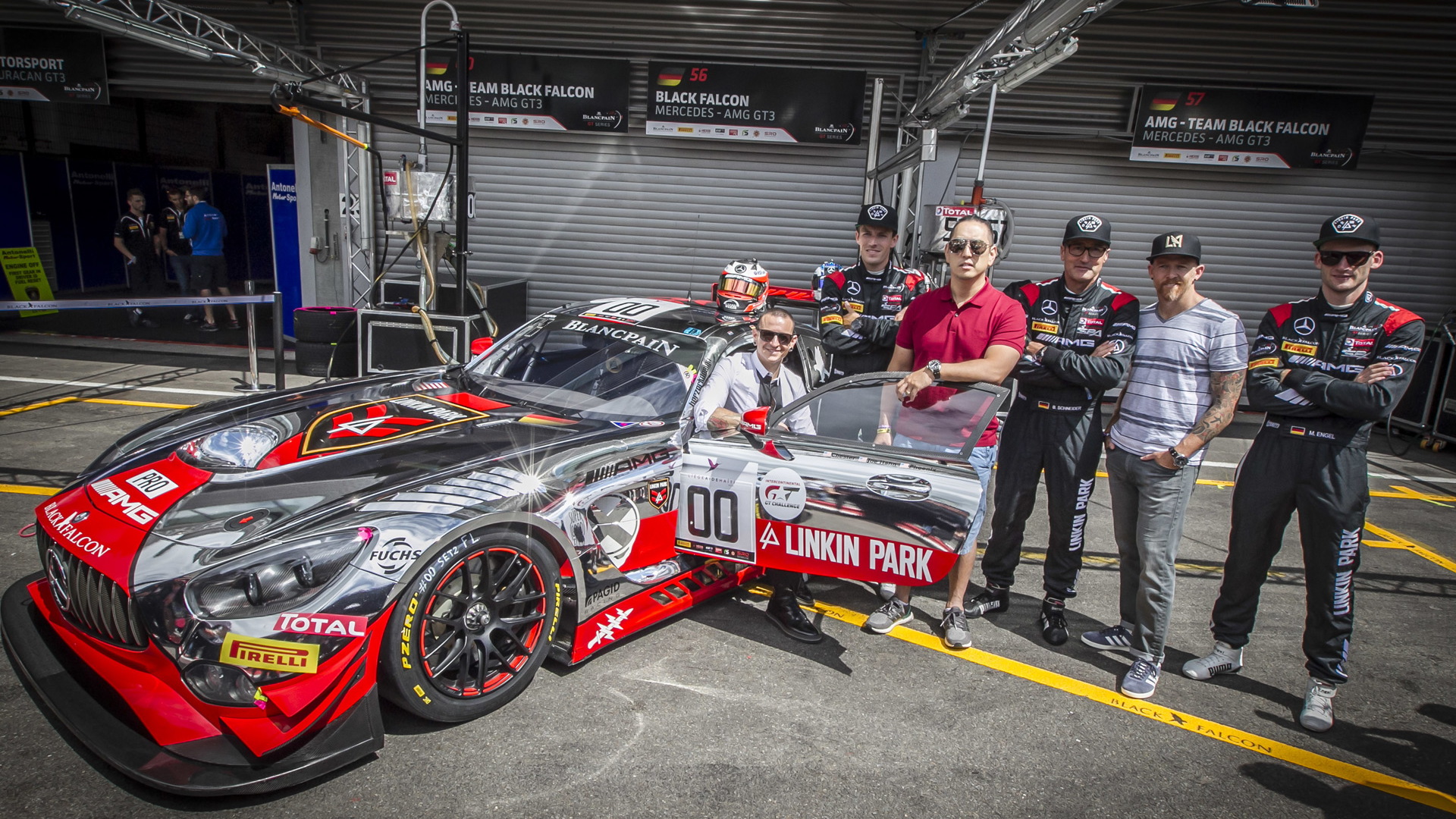 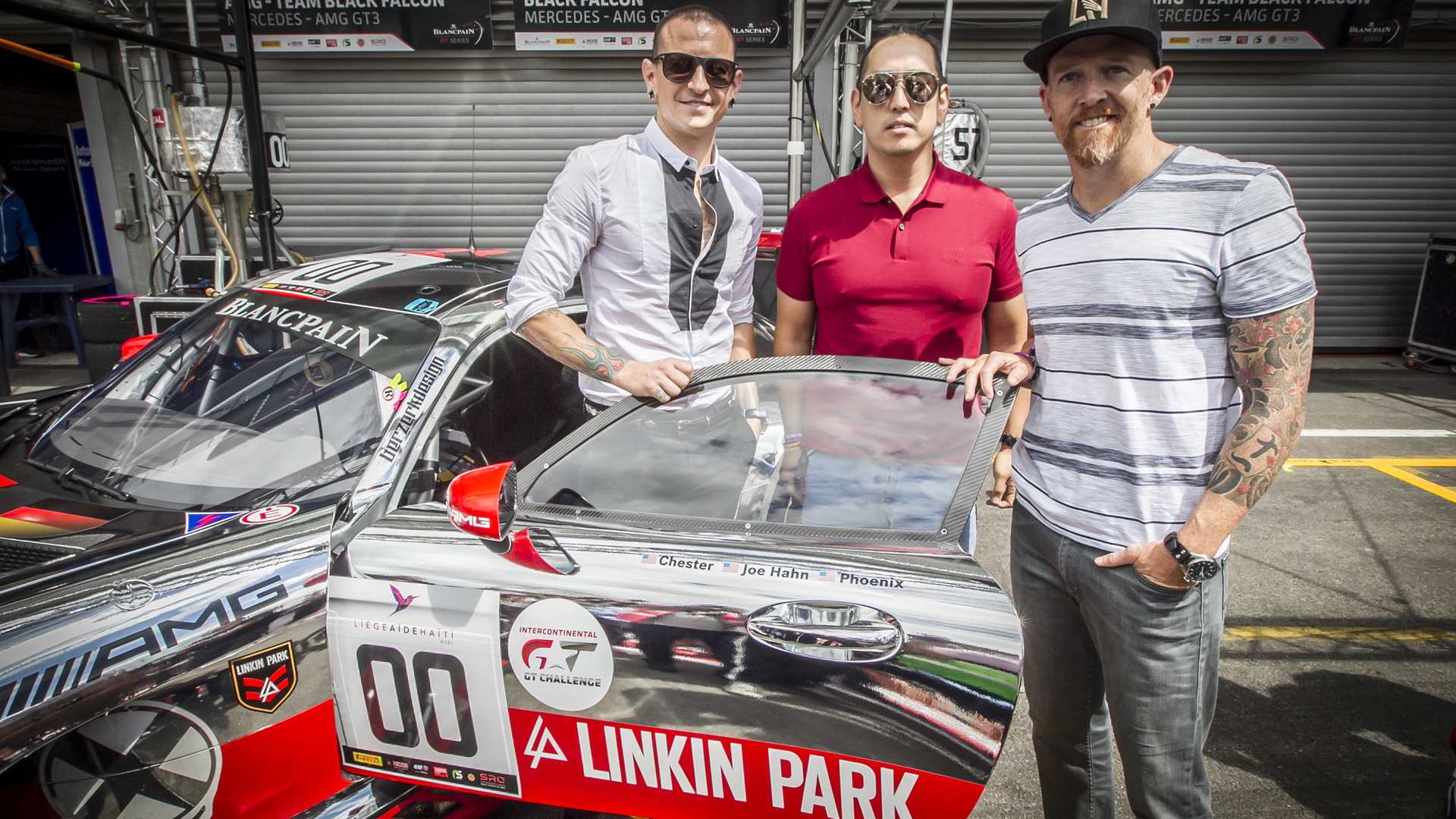 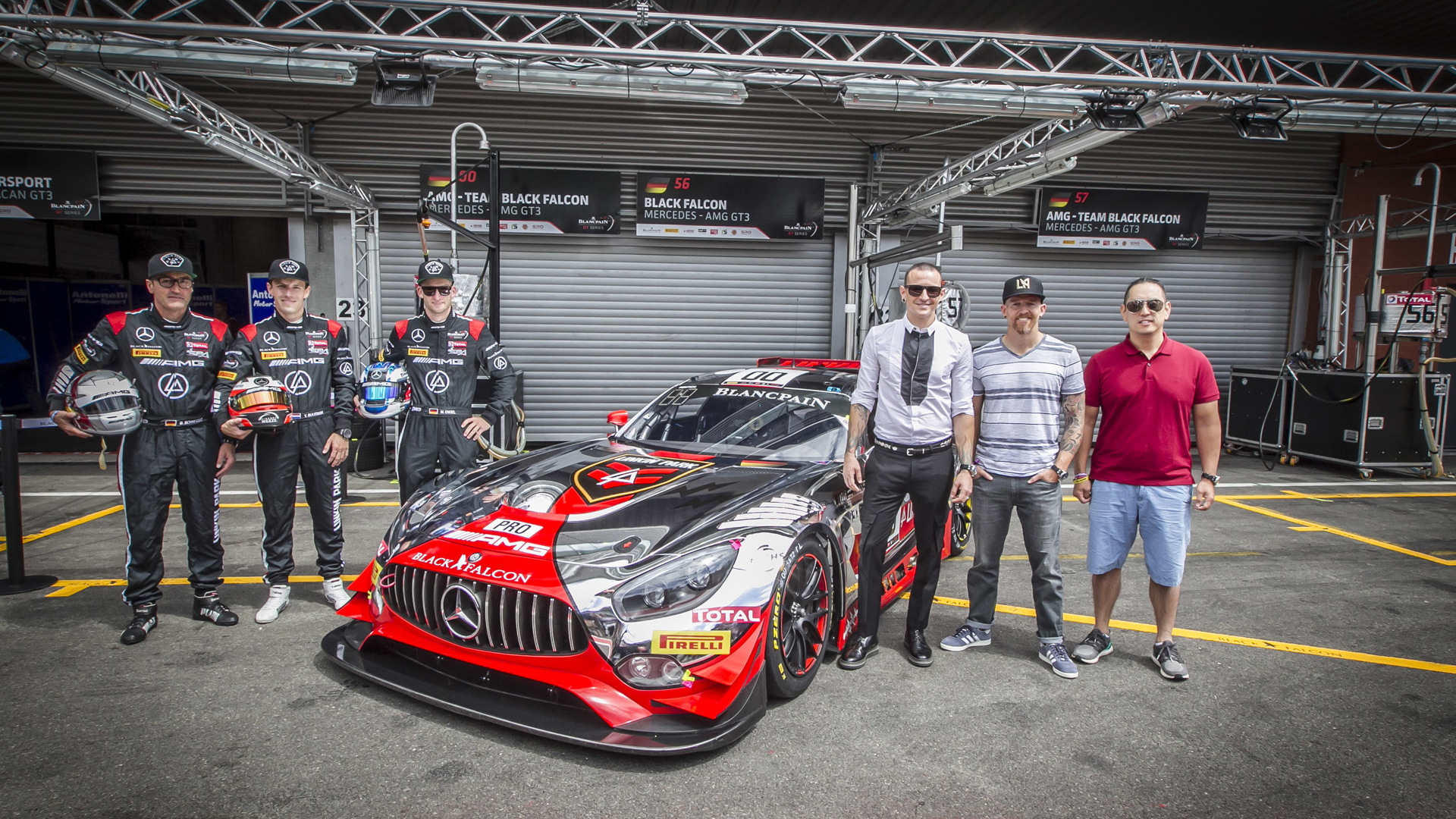 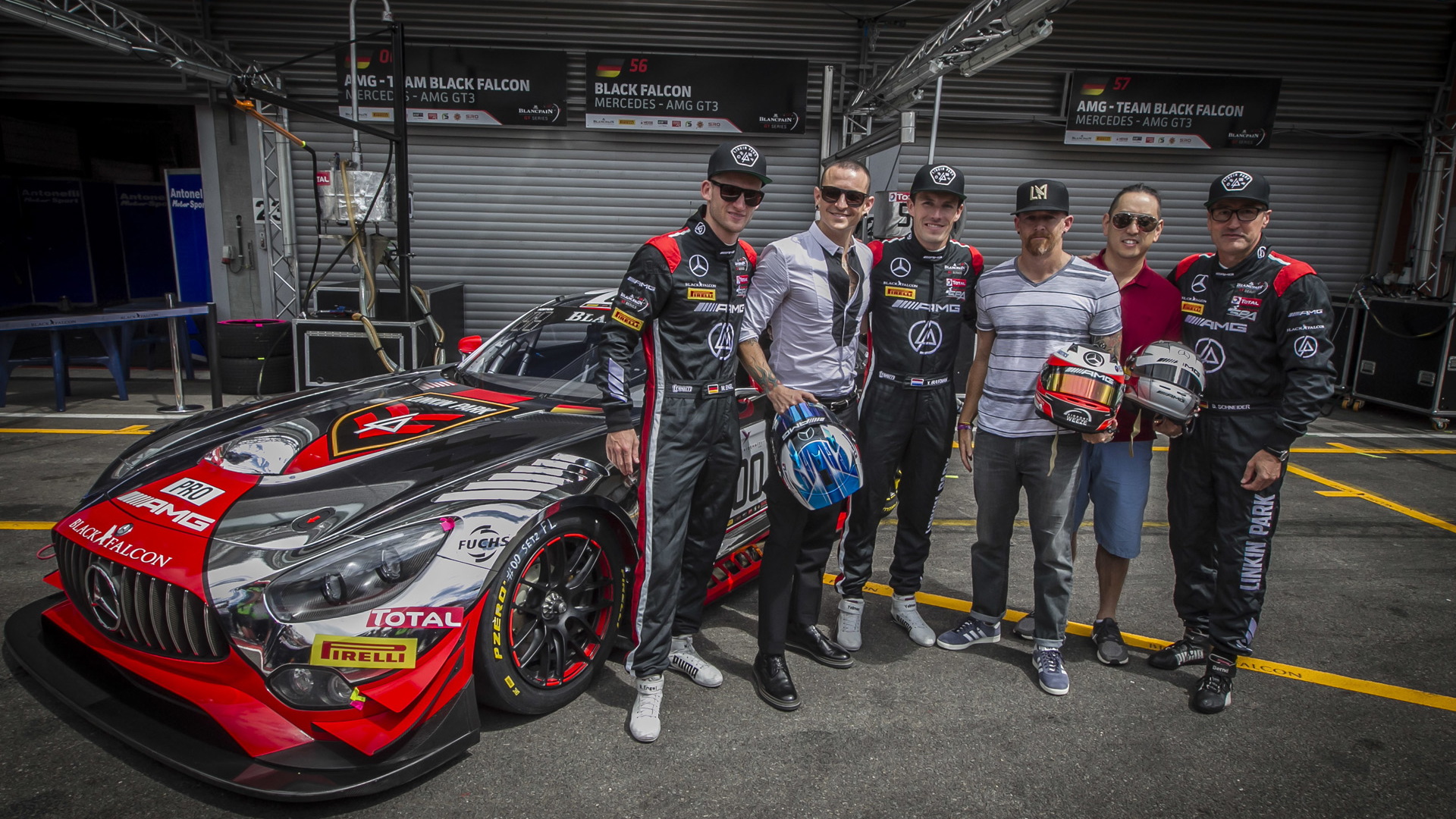 Mercedes-AMG recently undertook one of its more unusual partnerships, teaming up with American rock band Linkin Park to design a race car.

The band has previously provided their song Papercut for the debut of AMG’s GT R sports car at the 2016 Goodwood Festival of Speed in late June. The result of the latest collaboration is this AMG GT3, which made its race debut over the weekend in the 2016 Spa 24 Hours, the highlight of the Blancpain GT Series.

It turns out Linkin Park are huge fans of AMG, and two of its members, DJ Joe Hahn and guitarist and keyboardist Mike Shinoda, have a design background. Hahn, who is also a visual artist and director of many of the band’s iconic videos, took the lead in the design of the GT3. He chose a red and black color scheme on a silver base, with the Linkin Park logo dominantly displayed on the hood and rear wing.

Hahn was joined by two other members of the band, lead singer Chester Bennington and bassist Dave Farrell, to help present the car and watch it compete at Spa. They even had the privilege of waving the start flag for the Belgian race and cheered on as their car, with racing number 00, competed in the hands of Black Falcon AMG and its drivers Yelmer Buurman, Maro Engel and Bernd Schneider.

CHECK OUT: Underground Racing has already slapped two turbos on the 2017 Audi R8 V10 Plus

The #00 GT3 was one of seven other examples of the AMG race car competing at Spa, but in the end could only finish in 20th position. The overall win went to the #99 BMW M6 GT3 of Rowe Racing driven by Philipp Eng, Maxime Martin, Alexander Sims. Second place went to the #88 AMG GT3 of Team AKKA ASP and drivers Felix Rosenqvist, Tristan Vautier and Renger Van der Zande, while third place went to the #28 Audi R8 LMS of Audi Sport Team WRT and drivers Nico Müller, Rene Rast and Laurens Vanthoor.

The Spa 24 Hours has special significance for AMG. It was in the 1971 race that a Mercedes-Benz 300 SEL 6.8 AMG took home a class win, marking the first motorsport milestone in the firm’s history.